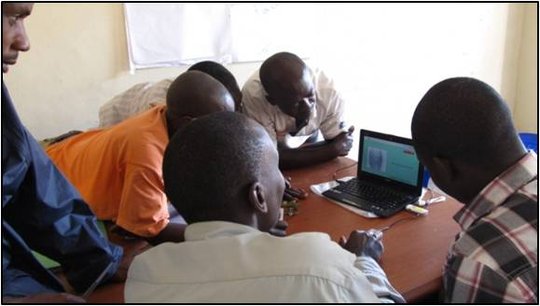 This World TB Day, researchers at Columbia University reported their results about replication of Operation ASHA’s strategy in Ruhirra, Uganda.
The article quotes, "The results in Ruhiira are a staggering improvement....The eCompliance compliance system was implemented in July 2012; since then, 31 patients have been enrolled in the system, none of those patients have been lost to follow-up, and none have died". Because of integration of eCompliance, along with adoption of other elements of our strategy, the death rate has reduced from 16% to Zero.
Read the full article in Huffington Post, written by Dr Yanis Ben Amor and Sarah Snidal: “Harnessing new technologies to tackle an old disease.”

In his blog Mr Ruhl states that he “was fascinated: If Operation ASHA’s model could be rolled out everywhere where there is TB, we could stop Multi-Drug-Resistant TB and save so many lives!

What Operation ASHA does is literally to deliver the elusive last mile in service delivery, the mile that lies in between well-intended government programs and results on the ground. And they do it with relentless focus and incredible efficiency. What if we could develop Operations ASHA for other problems as well? 90% efficiency and 19 times cheaper? It would be incredible!

Bill & Melinda Gates foundation, March 28, 2013: “Informal Health Providers Treating TB Are Here to Stay, So How Do We Work with Them?” By Gina Lagomarsino

Total patients who have completed treatment and/or cured in the period Feb 2013 till April 2013: 1704 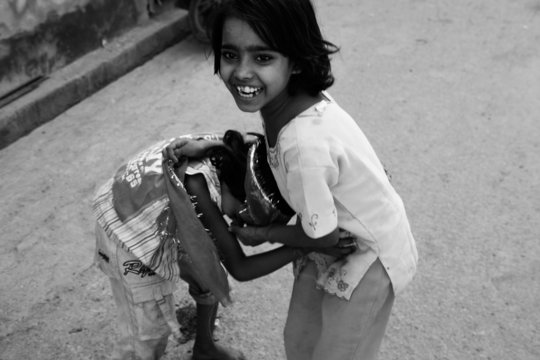 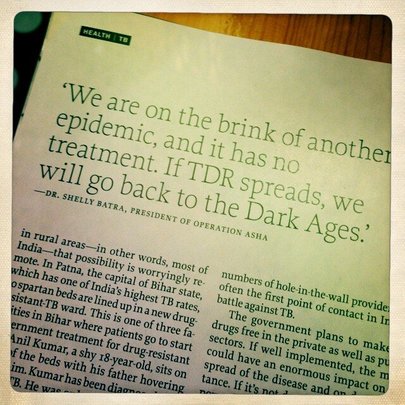 Dr. Shelly Batra, President, Operation ASHA (Twitter: @shells1857) was quoted by TIME Magazine (issue dated 4th March,2013) in the article "Drugs Don't Work" by Krista Mahr. Discussing about the horrors of Totally Drug Resistant Tuberculosis Dr. Batra says, "We are on the brink of another epidemic, and it has no treatment. If TDR spreads, we will go back to the Dark Ages".

The Associated Press covered Operation ASHA in their story “India wages hi-tech war on Ancient TB Scourge”, written by Ravi Nessman. This article was published in more than 42 leading newspapers and blogs all over the world, including The Washington Post, The New York Times, Huffington Post and Boston Globe. Read full article here.

In Cambodia, we recently started operations in another Operational District (OD). Now we work in a total of 5 ODs.In Western OD, Phnom Penh, a pilot project has also been initiated in partnership with Pagodas (religious places) to target the older populations in the district.

Check our quick-facts page for quarterly updates on our operations and expansion.

My Space, My Odyssey

“DR-TB is one of the leading preventable causes of untold misery, great suffering, and back-breaking poverty & economic loss to those who are already living below poverty line.” Dr. Shelly Batra writes about Challenges of Drug resistant TB (DR-TB). Read her blog here. 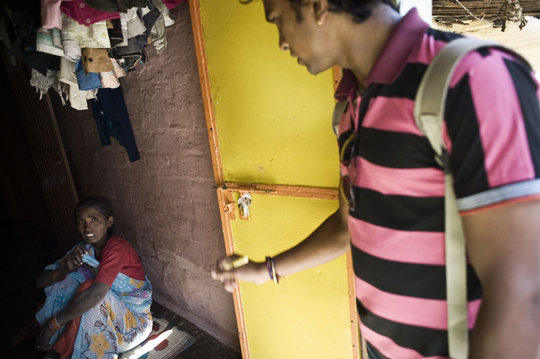 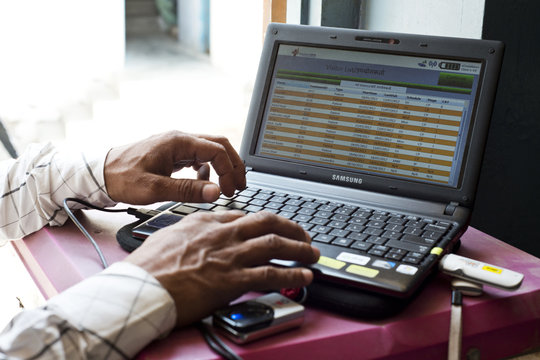 Inside OpASHA
Wall Street Journal gives this year's Technology Innovation Award to Operation ASHA in the  Health-Care IT category.
“Operation ASHA uses grass-roots human effort, combined with fingerprint and computer technology, to ensure that disadvantaged patients take the full course of medicine. That's a crucial step in reducing the emergence of drug-resistant forms of TB.” Read detailed coverage of the awards here. It was also covered in The Wall Street Journal's print edition on 16th Oct.

Operation ASHA successfuly completed the ‘Hope. Resilience. Courage.’ photography contest. This competition recognized the outstanding use of photography to tell compelling stories of courage from around the world. Check out the winning entry here.

From the President’s desk.
“Welcome to India, the land of Gandhi and Mother Teresa. The country of 700 million mobile phones but not enough toilets. The country where starvation deaths do NOT make headlines, where slavery exists, where inspite of the economic boom and billions of $$ spent on health programs, the government has not been able to fulfill its promise to its citizens, of affordable, equitable, and accessible health care”, says Dr. Shelly Batra in her talk on Health for BOP in Pinnacle, Indian School of Business, Hyderabad.
Read a brief synopsis of her talk in her blog.

Total patients who have completed treatment and/or cured: 1786

Note: All the photographs are (c) Prateek Ahuja 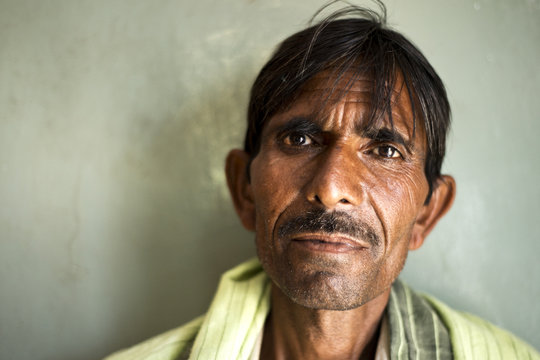