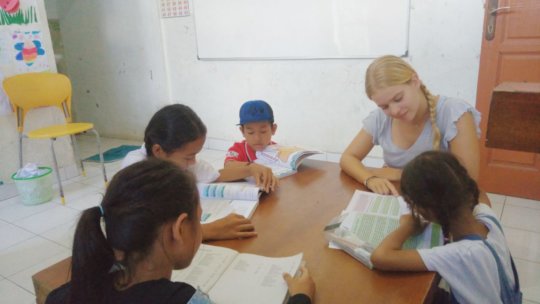 Happy New Year 2019. We are very grateful for 2018 and looking forward for 2019. We want to send our Gratitude to all of you who have been supporting us all along these few months. We are able to run our Street Kids Project with your donation and support. We cant thanks enough for your generosity and your kind heart. Please see a few updates for our Report. Feel free to share this report to your friends, family and colleague so we can reach our target this year.

Now we have 7 kids already in a Formal School. Most of them are in middle school, and we targeting 4 children to finish Accelaration program this year so they also can go to Middle School by mids of this year. We also notice there is some decrease of begginig activities in the street of Denpasar and Kuta. This is a good sign, as the kids now come to the centre for education and meals. We have 30 children attendance per week. As it for now, we have 2 Teachers and 2 Interns who help to teach and educate the children.

Please see this link video for update and story from one of our Street Kid https://youtu.be/cbJXbaUL5u8

Thank You Very much for your support, Kind Regards 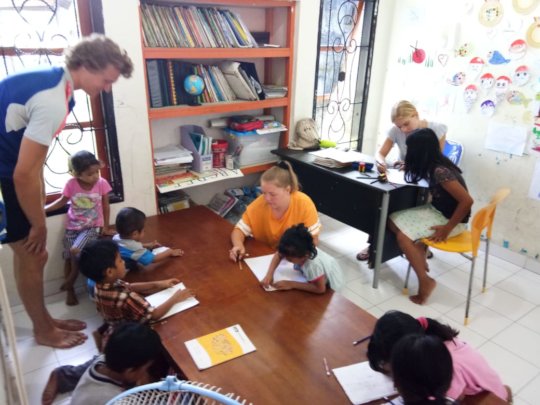 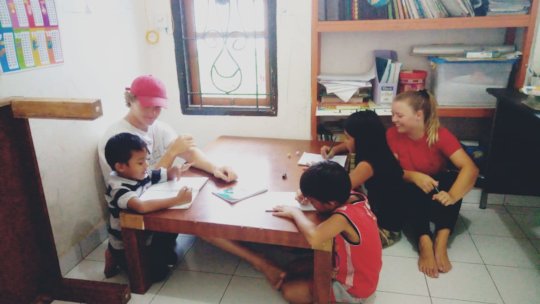 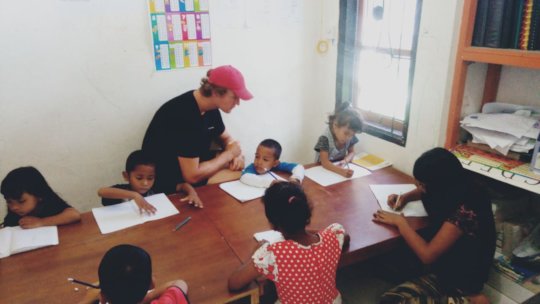 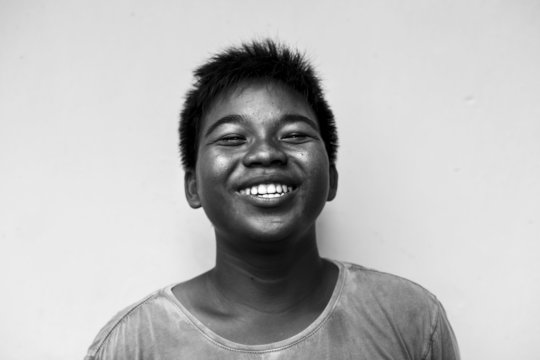 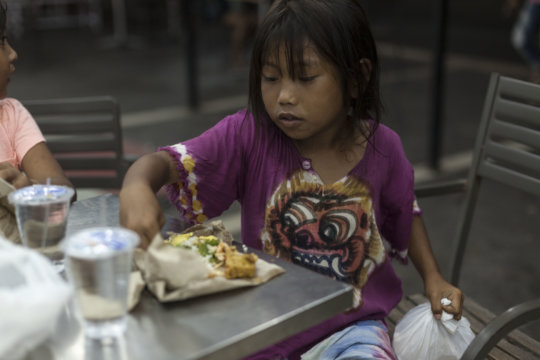 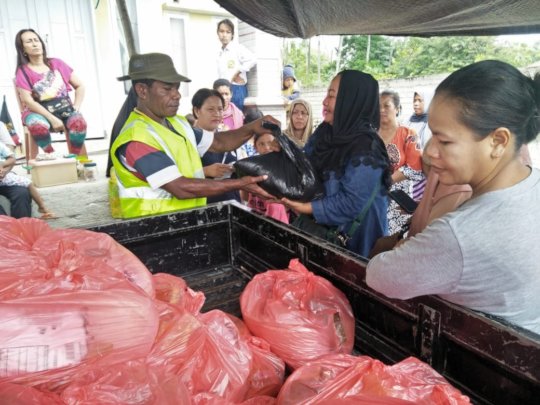 On 28 September 2018, a shallow, large earthquake struck in the neck of the Minahasa Peninsula, Indonesia, with its epicentre located in the mountainous Donggala Regency, Central Sulawesi. The magnitude 7.5 quake was located 77 km (48 mi) away from the provincial capital Palu and was felt as far away as Samarinda on East Kalimantan This event was preceded by a sequence of foreshocks, the largest of which was a magnitude 6.1 tremor that occurred earlier that day.

Following the mainshock, a tsunami alert was issued for the nearby Makassar Strait, but was called off half an hour later.A localised tsunami struck Palu, sweeping shore-lying houses and buildings on its way. The combined effects of the earthquake and tsunami led to the deaths of at least 2,256 people. More than 70,000 houses are reported to be damaged, forcing tens of thousands of people to live in shelters and tents

The 6.1 magnitude foreshock occurred at 15:00 local time while the 7.5 magnitude earthquake on the evening caused severe destruction in Palu, Donggala and Sigi, destroying hundreds of structures.At least 2,256 people are confirmed dead after the disaster and more than 10,000 others injured, of which 4,612 were seriously injured (Source;Wikipedia)

We have been able to supporting 2 Villages at West Coast and East Coast donggala with Food supplies, tents and also toilets, also at Tipo Disctrict, Labean Village, and we serve more than 1000 People in all refugees camps.

This is a big helps for the poeple who still need years to rebuild their home and live. In this wet season which start on November and finish by April, we are sure with sanitation facilities, temporary shelters and food distribution, the villagers will be very grateful with all the support that they can get. There are many families in many areas in Palu and Donggala are still stranded in the temporary shelter waiting for helps and aids.

Thank You very Much for your support and generosity, we are able to help the people in Sulawesi with your donation. 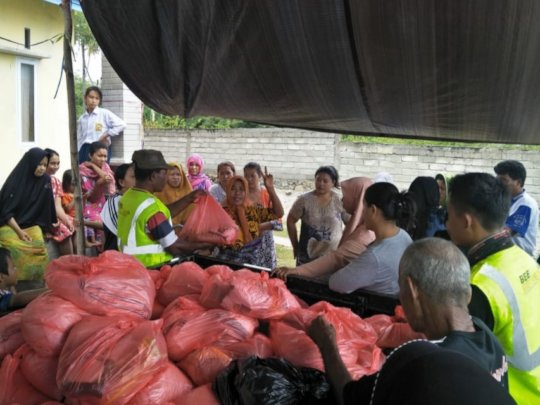 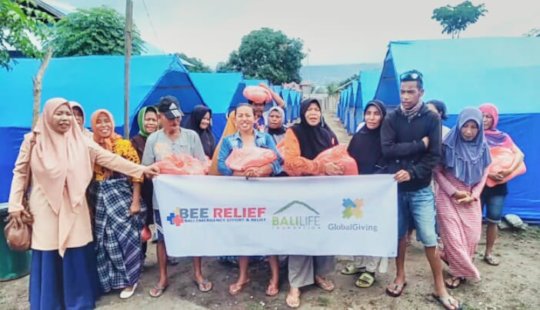 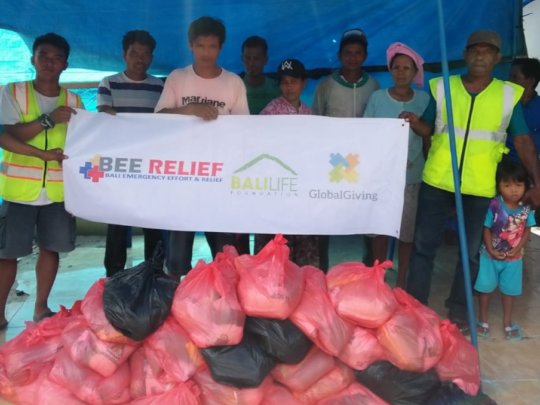 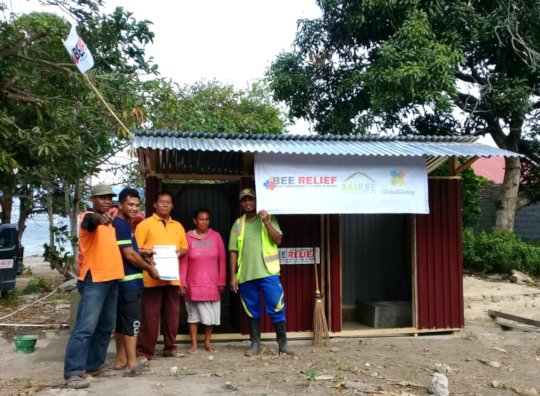 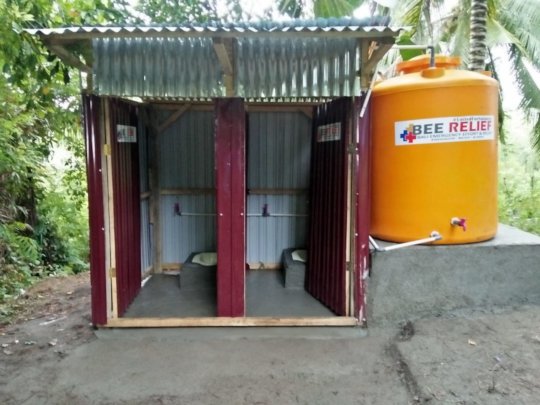 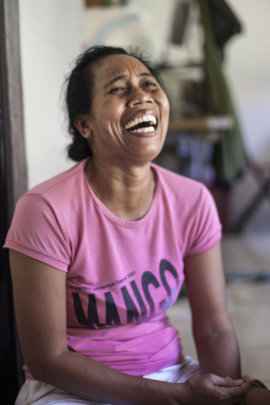 Dear All Sponsors,Thank you very much for all of your support. Without your support and donation, we wont be able to run our program and change  the life of many. You make this happen!! By the time you receive this report, we are able to continue our program for the street kids in BaliWe are able to do things below and many more,

Testimony From "Ayu" :Hello Ayu, I have been coming to Women Workshop for 2 years. BaliLife have change my life. I found a community which can support me as a family and friends. It was hard to find a job wthout any skills, BaliLife has taugh me so many craft skills which I can use to work and make money o support my family. Now, I learn a new skill, "Sewing" I enjoy it very much. It is hard but, now I know I will be able to do this.Thank you BaliLife, GlobalGiving and all sponsorTestimony from MutiaHi my name is Ibu (Mother) Mutia. I came from Java Island and now working in the Women Workshop - BaliLife. I used to be unemployement because I dont have any skills to work. My family relied on my husband to support us. But now I can make money with my skills. Making dolls, macrame, glass bottle and many more. This month we have an new tutors and new skills to learn. Sewing. I am very happy that I can make money form my family so my daughter can go to school and also can come to the street centre to receive free tutoring with the other kids. Thank You to all sponsor who make this happen.All Donors, We encourage you to spread the news about the project, please invite your friends and family to support this project and together we can chnage the life of these children. We still need your help to keep this program running. God Bless 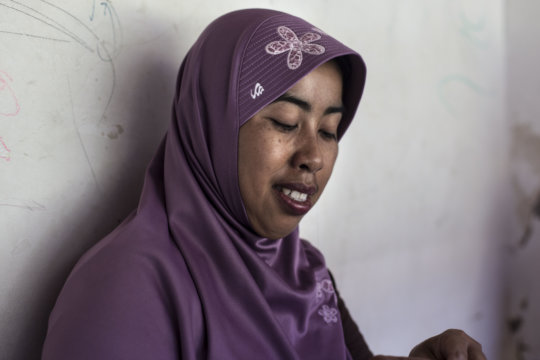 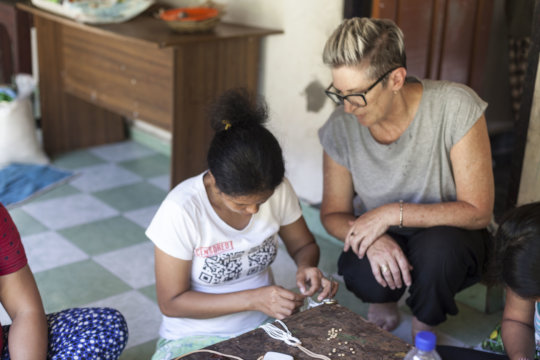 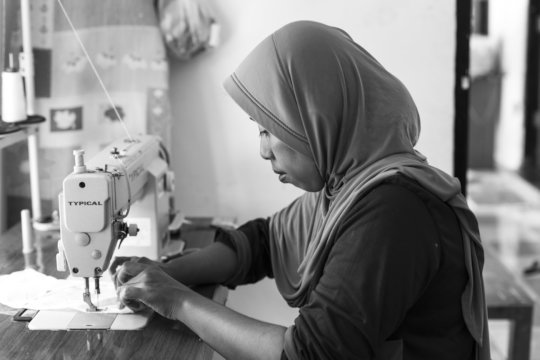 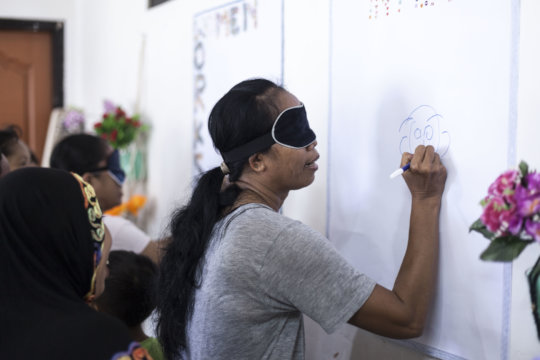 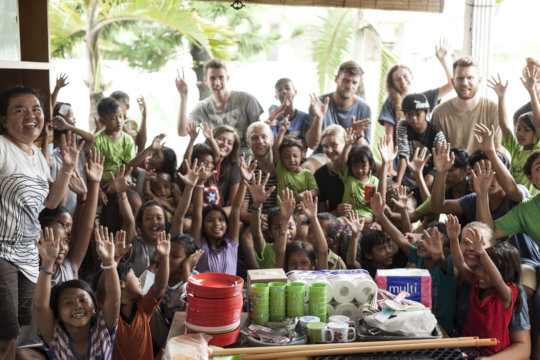 Group Photo with the Kids & Mums