We are excited to announce we will be launching Somo in Kisumu (western Kenya) in August!

As well, we have doubled the number of trainees we work with in Nairobi. Trainings are currently running in both our Kibera and Korogocho branches with 30 aspiring entrepreneurs.

With our most recent investments in our Cohort 9 entrepreneurs we now have a portfolio of 44 businesses across 8 different informal settlements in Nairobi.

Looking forward to sending you more updates through our newsletter.  If you haven't yet, please sign-up through our website: https://www.thesomoproject.org/

p.s. check out our founder, Amelia, talking about how we identify entrepreneurs that are truly committed to their social impact goals. 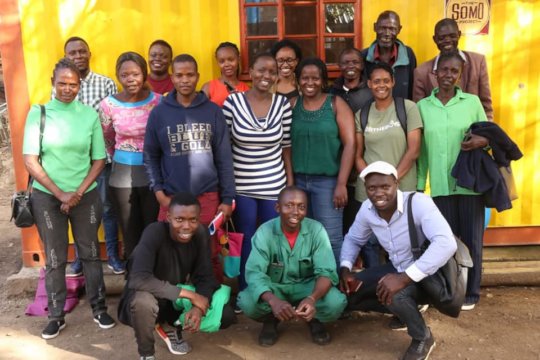 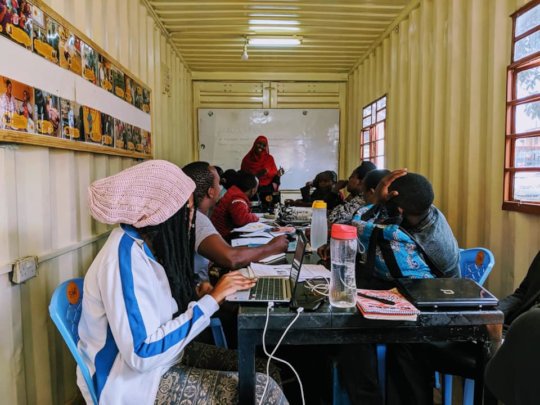 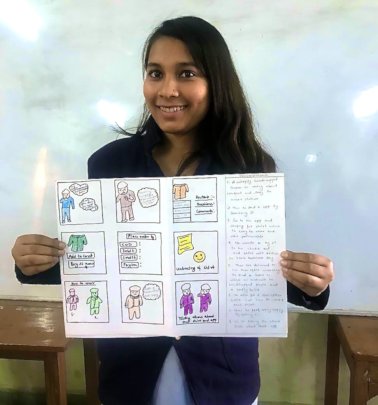 There are currently 15 million young people joining the workforce while the economy is able to cater to only 5.5 million jobseekers each year. This highly inefficient job market scenario highlights the need for job creation across the length and breadth of the country. There are many people in India who have an entrepreneurial mindset, however, their aspirations are limited by their socio-economic backgrounds and lack of awareness.

From our two pilots-- with 22 young women from a low-income, fashion college and 24 students from an architecture training institute, we have seen the results a program like this can have.

One example is our student, Bilkish Khan, who during a workshop raised the question – “Why is it that there are no easy-to-wear fashionable clothes available in our local markets for differently-abled people?” These questions marked the beginning of “Handicare”, Bilkish’s business idea of using her passion for the fashion design to create a clothing brand for differently-abled people. When Bilkish first entered training she was shy to share her ideas with the rest of the class. During pitch day, Bilkish shared her idea with confidence and won this competition and prize money to launch her enterprise. With the right access to opportunities Bilkish and other young women like can acquire the skills and develop the grit they need to overcome societal limitations and economic hurdles to dream big. 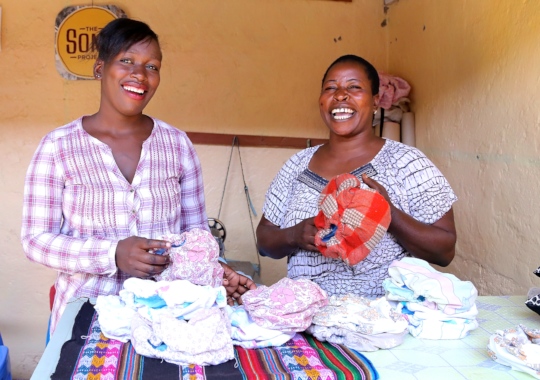 Hilda and a customer at Hidaya Diapers

In honor of Women's day we want to highlight a couple of the amazing women at Somo!

Meet Hilda!  Hilda raised her family of four children as a single mother in Korogocho. She started making diapers for her neighbors after struggling to afford them herself. Her diapers can save a mother over $120 per month, an amount that can cover rent of about six months in most informal settlements in Nairobi.

Lucy Akinyi Olima, a resident of Korogocho has been using Hidaya Diapers for the last 6 years. She prefers the diapers because they are long lasting. She only needs to wash and re-use. She also likes the diapers because it keeps their compound clean. Living in an informal setting waste management is a challenge. “People just dispose waste in the compound including the disposable diapers and this is a health hazard,” she says.

Meet Veronica!  Veronica grew up with her brother, Eric, in an informal settlement in Nairobi called Kangemi, where they witnessed the challenge people faced in getting the fresh, clean, affordable vegetables so critical to their health and well-being. With the help of Somo, Veronica and Eric decided to set up a business using hydroponics, a farming method that uses degraded lands and reduces the amount of water – a scarce resource – that farmers need.

The business, called Verics, took off quickly, and they now have 10 small-scale hydroponic farms across informal settlements in Nairobi. They have set up systems free of charge for local farmers, and they will buy back the produce to sell to upscale green groceries and other markets.

They are growing high-value produce, such as strawberries, bok choy, and butternut squash; all these products collect hefty market prices since they are uncommon in Nairobi, giving them a competitive advantage when reselling.

In Veronica’s words, “The Somo experience has been an eye opener that has helped show us untapped market segments.  Somo offers a conducive environment for a start-up to grow, allowing us as entrepreneurs to make mistakes. We value these mistakes as part of the learning process, helping us toward achieving our ultimate objectives.” For Somo, this achievement will pave the way for other farming initiatives that will bring about sustainable livelihoods and better food options for people in informal settlements in Nairobi. 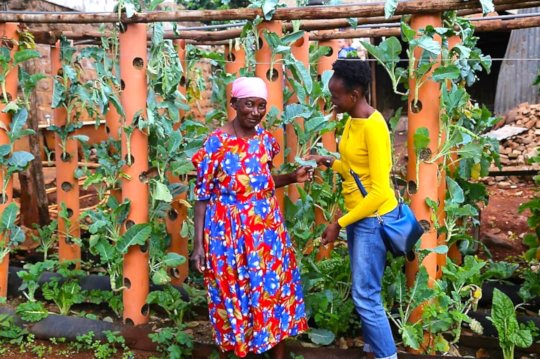 Veronica with customer at Verics
‹ 1 2 3 ›
WARNING: Javascript is currently disabled or is not available in your browser. GlobalGiving makes extensive use of Javascript and will not function properly with Javascript disabled. Please enable Javascript and refresh this page.