End of the year report 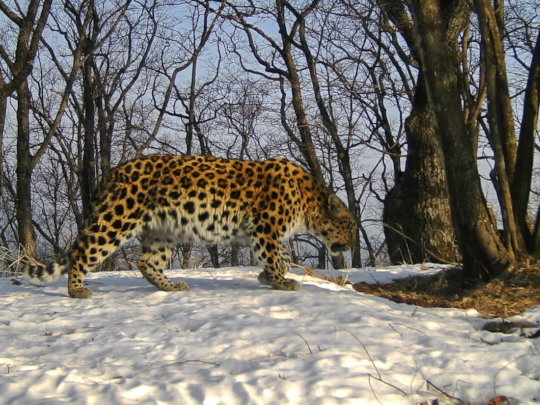 In the last days of the passing year we muse about the success in the accomplishment of our highly important mission to protect the Amur leopards. And the most important part of this success belongs to you, our dedicated supporter!

Your donations were used to provide field support to the rangers’ team of the Land of the Leopard national park. From October through December 2017, rangers conducted 70 anti-poaching patrols and covered 690 km on foot patrols!

It is worth mentioning that in October people mostly concentrated around the spawning rivers compared with other months when people also went into the forest.

After a number of ambushes on the Barabashevka River, the team succeeded in detention of three violators who illegally set fishing net and caught five chum salmon. A criminal case was initiated upon the violators under the article 256 of Criminal Code of the Russian Federation. The patrol was a success thanks to the use of a quadcopter. While operating a drone, purchased by Phoenix, the rangers spotted a group of people on the right river bank and promptly arrived on the scene.

On October 13-15, the team conducted joint patrols with colleagues from other anti-poaching teams in order to patrol along Barabashevka and Narva rivers.  During these three days, over 20 administrative citations were issued and one criminal case was initiated.

In late October, the team paid much attention to patrols in the forest. Total distance of foot patrols was about 180-200 km. The rangers patrolled in forested areas around Filippovka, Ovchinikovo and Bamburovo villages, on Bezverkhovsky pass and along Barabashevka, Brusya and Narva rivers. As a result, 26 administrative citations were issued and two criminal cases initiated.

In November when the spawning season closed, the rangers turned their attention to woodlands, especially territories with adjoining habitations in order to prevent illegal penetration into the protected area, poaching and other illegal activities.  Special attention was paid to the territories near Ovchinnikovo and Filippovka villages with high-level human activity. There, the team conducted frequent foot patrols and made ambushes at night. Moreover, the team carried out a few foot patrols in Kedrovaya Pad Nature Reserve.

In mid-November after a snowfall, the team patrolled near Bamburovo village and discovered signs of human penetration into the protected area. The rangers paid special attention to that territory, but no violators were detained.

When patrolling around Ovchinnikovo village in December, the rangers discovered tire tacks indicating that people illegally entered the territory by vehicles. To reveal violators and prevent illegal activities, over the course of several days the team made ambushes at night time. Also, special attention was paid to territories around Filippovka village. During one of those patrols, the rangers discovered signs indicating that people with dogs entered the Land of the Leopard National Park allegedly to hunt there illegally. Since then, the team patrolled that territory on a daily basis and prevented a few attempts of poachers to trespass the park’s border.

In December, due to lack of abundant snowfalls and gathering of ungulates in close proximity to public roads, there were less cases of illegal hunting from federal roads compared with December 2016.

In November, the rangers were riding in a helicopter above the Land of the Leopard National Park in order to monitor the territory and reveal any signs of illegal human activities. During the flights, the rangers discovered suspicious trails of human footprints near Zanadvorovka village. Next month special attention will be paid to this territory. While patrolling near the Narvinsky pass, the rangers discovered leopard tracks. Tracks of a tigress with cubs were found near Artileriisky stream.

Over 350 motion-sensor cameras will also be constantly monitoring rare cats in the park. Specialists of the Land of the Leopard National Park have started to replace camera traps with new ones. So far in 2017, 15 new leopard cubs have been spotted in Land of the Leopard National Park! The figure may appear to be much higher by the end of the new phase of the monitoring project and this just great news!

We want to thank you once again for being the part of this important mission to conserve the most peaceful and rare predator on the planet! Happy New Year to you and your family! 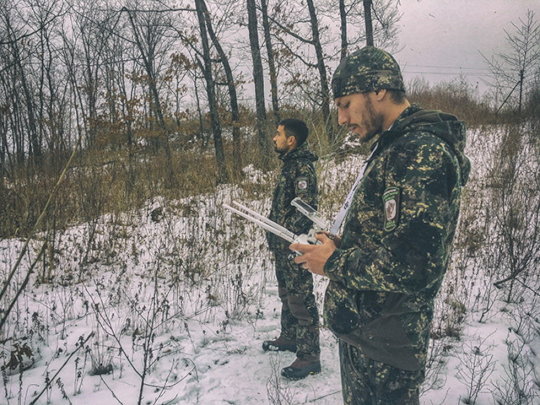 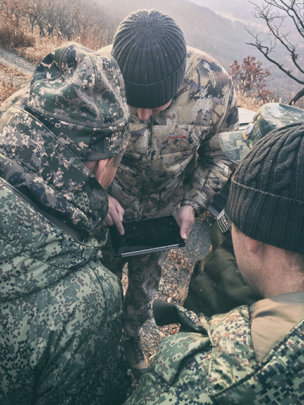 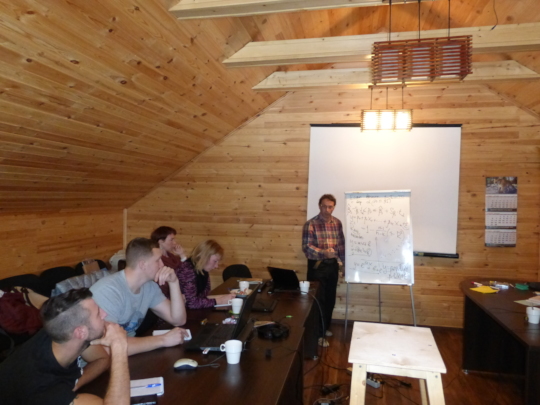 In the last report we presented you the results of the anti-poaching work in the Sikhote-Alin region and we assure you that rangers continued their efforts to patrol the protected area and safeguard the northern population of Amur tigers thanks to the funds donated through GlobalGiving. In the next report in the beginning of 2018 we will present you the law-enforcement results for the end of 2017 as this data is not yet available. We will collect SMART patrol data from all anti-poaching teams in early January and make proper analysis. In the meantime, let us introduce you to the work that’s been implemented by our staff outside the field as we partially support these activities with your help.

Wildlife poaching presents a serious threat to many animal species, including Amur tigers. Tiger reserves focused on protecting these species use tools such as SMART that help monitor, analyze, and predict violations, so they can more effectively combat poaching. But in addition to direct poaching threats, animal diseases, human-tiger conflicts, loss of prey species, loss of habitat to agriculture and forest fires, increasingly threaten the survival of Amur tiger population. Therefore, we believe that conservation of these species must take a holistic and complex approach. While improved law enforcement in protected areas is just one element of this approach, scientific research, species census and ecological outreach are essential components and can achieve significant results in the long-term.

Within the limits of the project from October through December several workshops were conducted in Sikhote-Alin Research Center in Terney.

In October twenty-one avian specialists from Russia and the United States met at the WCS Sikhote-Alin Research Center in Terney, Primorsky krai for the “Russian Far East Shorebird Workshop”. The purpose of this meeting was to share ideas, practice advanced avian tracking and data analysis skills, and to identify pressing trans-border conservation needs that can be addressed via collaborative action. This intensive, three day workshop facilitated goodwill among nearly two dozen Russian and American scientists working on both sides of the Bering Strait. Significantly, this workshop resulted in the identification of true conservation needs that allow all parties to contribute their strengths to further conservation of migratory shorebirds at the international level.

On December 15th, first-aid treatment training was conducted in Terney at the Sikhote-Alin Research Center for tiger specialists of the Wildlife Conservation Society. Working in the field, especially with wild animals, is constantly associated with a variety of health risks. Therefore, the ability to competently provide first aid to the injured fellow-worker is a vital skill and mandatory requirement for the employees of the WCS who implement tiger conservation projects.

Until then, please accept our warmest good wishes for a happy and successful new year! 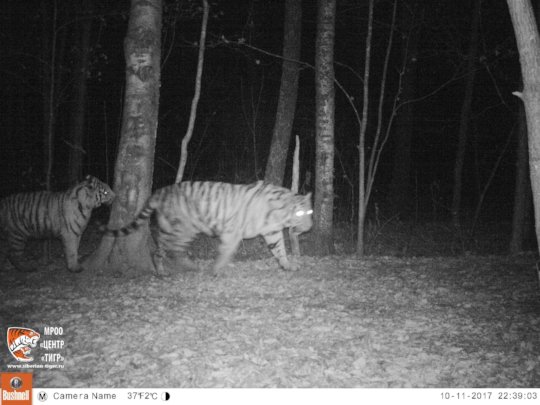 The team of the Centre for Rehabilitation and Reintroduction of Tigers and Other Rare Animals (PRNCO “Tiger Centre” in Alekseevka village, Primorsky krai) returned from a monitoring trip to Jewish Autonomous Region with good news that we wanted to share with you! During the regular monitoring procedures the specialists verified the exact number of cubs born from Svetlaya and Boris that inhabit the protected wildlife refuge Zhuravlinny.

"Today, we can almost exactly estimate the number of tigers in the Jewish Autonomous Region. In 2013, according to the census, only one tiger was recorded on the territory of the Bastak nature reserve, in 2017 the number increased to eleven individuals. Four of these are tigers released into the territory of the region after rehabilitation, and five more are tiger cubs of rehabilitated tigers! – says Viktor Kuzmenko, director of the PRNCO “Tiger Centre”. - This is almost 2% of the entire wild population. In our opinion, this is a very good result. It shows the effectiveness of an integrated approach to the protection and reintroduction of these rare species."

The fact that tigress Svetlaya became a mother was ascertained back in May 2017. But the experts could not determine how many cubs were born back then. New photos and footage from camera traps were obtained during the monitoring trip to the Zhuravliny refuge and showed that Svetlaya returned to her former site with three grown up cubs!

The age of cubs is about one year. They look healthy and cheerful. Just like their mother, they sniff the marking trees with curiosity. While it is difficult to determine the gender of the cubs, it was possible to examine the strips and see familiar patterns. One of the cubs has an "unstriped" side, like tiger Boris. The happy father of the family was also captured on photographs, as always, in beautiful shape. Thanks you, our dear supporters, these tigers got lucky to live a fulfilling life in the wild!

Monitoring was carried out by the employees of the "Tiger Center", ANO "Amur Tiger Center" and the Hunting Management Department of Jewish Autonomous Region.

We want to know you better, so please, share your feedback if this news is important to you or write us at office@fundphoenix.org!

Victoria and the Phoenix team 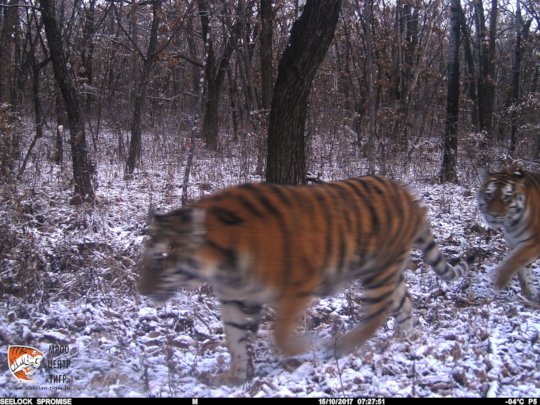 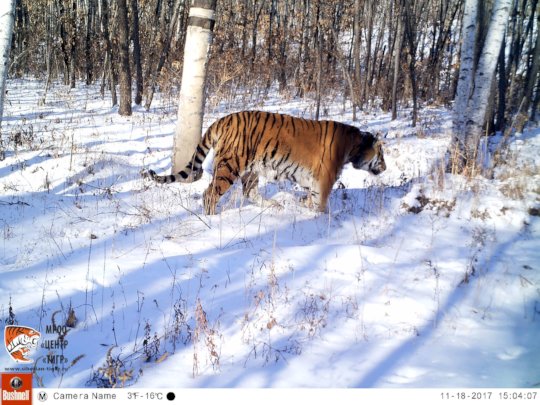 (c) PRNCO "Tiger "Centre"
‹ 1 ... 9 10 11 12 13 14 15 16 ... 45 ›
WARNING: Javascript is currently disabled or is not available in your browser. GlobalGiving makes extensive use of Javascript and will not function properly with Javascript disabled. Please enable Javascript and refresh this page.