A school dropout is now the teachers favorite! 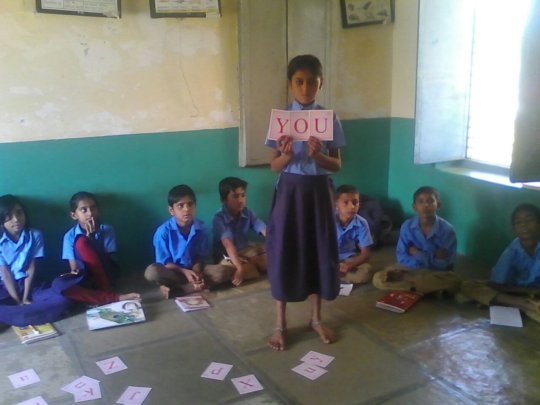 Soniya is studying at her school

This is the story of a girl who was a school dropout and now she is a favorite student of the teachers.

In a rural village of Rajasthan, lives an 8 year old girl named Soniya* who dreams of studying and becoming a teacher one day. This dream fuels her drive to study and to go to school. Every day when going to school, Soniya takes her younger brother to school and she even teaches him to read and write at home after school.

However, all of this didn’t come easily for Soniya. Owing to the economic poverty in the family, the elders were forced to work as daily-wage workers all day, while Soniya had to stay at home to take care of her younger siblings. Educate Girls field staff identified that Soniya was a dropout during a field survey. The survey helped Soniya see a way back to the school, however the last hurdle remaining to cross was her own father.

Soniya’s father didn’t want her to go to school. Educate Girls Team Balika (community volunteer) Bharat tried a lot to convince her father, however, nothing seemed to work. Undeterred, he went to Soniya’s house once again to convince her father, and this time he took the Ward Panch i.e. the village head along with him. After numerous attempts, their words seemed to have a positive effect on him and he finally started considering the benefits of education for his daughter and agreed to send her to school.

Today, Soniya is an esteemed student of Class 3, and also a favourite of her teachers at school. She loves studying English and Hindi, and at home, she is teaching her brother and father also to read and write.

*Name changed to protect identity of the minor

Journey of a Mother-Daughter Duo towards education 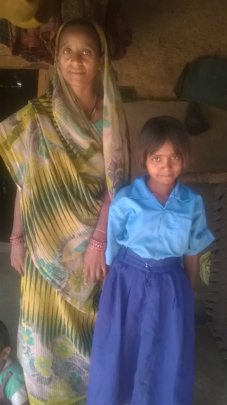 Kavya with her mother Geeta Devi

This is the story of not just an out-of-school girl but also her mother.

Kavya* is the daughter of Geeta Devi. They live in a small village in Rajasthan and belong to a community that doesn’t really value education for the girl child. Kavya was never sent to school. Kavya would watch some of her friends walk to school and always hoped she could also dress in a uniform and go inside a school to even see what it looked like. Geeta Devi was aware of her daughter’s desire but she would dissuade her by saying, “Girls who go to school are wasting their time. Books are not for girls. Education will never help you, you should focus on learning household work so you can keep your husband and in-laws happy.”

During a door-to-door survey, an Educate Girls’ field co-ordinator (FC) identified Kavya as an out-of-school girl. When Geeta Devi was approached regarding this, she ridiculed the FC for his efforts. But the FC was determined to bring Kavya to school. Geeta Devi was eventually tired of the regular follow-ups and wanted to just get rid of the FC, so she pretended to agree. She still intended to pull Kavya out of school after a few days.

However, Kavya’s first few days at school were about to melt Geeta Devi’s heart. She had never seen her daughter so happy and cheerful. For a family that lives in absolute poverty and has no reason to appreciate life, these small moments of joy make a world of a difference. She could see that Kavya enjoyed her time at school and that she was learning as well. For Geeta Devi, her happiest moment was when Kavya learnt to write her name.

When the FC met Geeta Devi after a few months to discuss the progress that her daughter had made at school, she was a different person. “Do you think I can learn to write my name at this age?” she jokingly asked!

After school hours, Kavya takes deep interest in narrating to her mother everything that she learnt in the school and her mother is all ears! Kavya is now the teacher to her mother!!

*Name changed to protect identity of the minor

A two-time school drop-out is back to school! 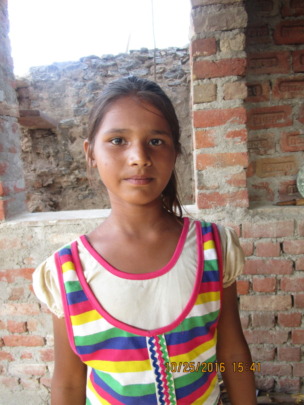 13 year old Rachna*, lives in a small village in Rajasthan. When Rachna was in the 4th standard she lost her mother to cancer. Rachna was left with her father, elder sister and younger brother. Six months after her mother's demise, Rachna's father remarried. The age difference between Rachna's elder sister and her new mother wasn't much. Rachna's father feared that his elder daughter would not easily accept his new wife and so Rachna’s elder sister was sent off to live with her grandparents.

Rachna's father and step-mother used to work in the field and as a result Rachna had to contribute to the housework and take care of her younger brother. Due to this her attendance in school suffered. A few months later, her step-mother gave birth to twins. Rachna's responsibility increased as her step-mother insisted that Rachna stay at home to care for her younger siblings. Eventually Rachna was made to drop out of school.

When Swati, an Educate Girls field coordinator (FC) visited the village, she spoke to Rachna's parents about the importance of education and following a number of meetings to convince him, Rachna’s father hesitantly agreed to send Rachna to school. Rachna was enrolled into school.

A few months later, when Swati revisited the village, she found out that Rachna had stopped going to school just days after Swati left the village. She decided to visit Rachna's parents once again and talk to them. After Swati spoke to Rachna's parents she understood that when Rachna went to school she could not help with the housework and look after her younger siblings, this increased her parents' work load. Swati then suggested that Rachna's parents seek help from their relatives who live in the same village. She reasoned that Rachna's younger brother would be at school during the day and the twins could be left in the care of their aunt. She then suggested the Kasturba Gandhi Balika Vidyalaya (KGBV), a government- run free school for girls. She explained that if Rachna went to KGBV her parents would not have to bother about her, as she will be well taken care of at the school. Rachna's father was hesitant to send her to a residential school. Swati then took him to visit the school. After the visit, he was convinced that KGBV was a safe place and that his daughter would be in good hands. Finally, Rachna's parents agreed to send her to KGBV. Swati enrolled Rachna in the 6th grade.