Provide Electricy to 500 students in Belize (3) 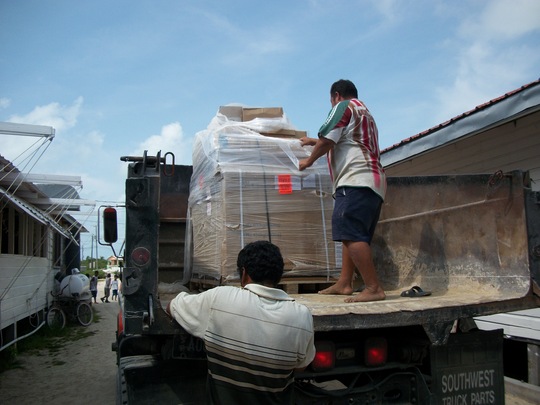 As noted in our last report, our contractor, Baker Renewable Energy (BRE), completed its engineering study which indicated that the office roof complex be used, while including modest cost for the roof repair needed to support rack-based PVC system. The proposed system included 24 Canadian 210W PVC panels and micro-inverters with 25yr/10yr (respective) warranties, yielding approximately 500kWHours power per month (conservative). Baker contacted Belize Energy and Light about meter hookup, and those negotiations are proceeding.

The Holy Cross Educational Foundation reviewed and accepted Baker's proposal after modest additional cost savings were obtained by Baker -- an effort much appreciated by the Foundation. The proposal was accepted in mid-January, and Baker promptly got to work pulling together all relevant supplies from the various vendors. A large shipping pallete including all the solar panels and ancillary equipment was packaged and shipped to Amarillo Texas, where it was received by an ecumenical Christian shipping ministry, "The Word at Work (TWAT). TWAT included the pallet among an entire container truck of donated materials and arranged for shipping to Belize. The cargo ship carrying the container left port in Houston in late February, arriving in Belize toward the end of March.

Once the container truck was offloaded, our pallet was embargoed in Belizean customs until a waiver-of-duty letter was graciously provided by the local (Anglican) Bishop of Belize. The pallet was formally released without a fee to the local Belize City TWAT employee on Tuesday, April 19, at his warehouse. Board member John McHenry procured the needed forklift with the help of a local Belizean contact, which allowed the pallet to be re-trucked intact to the Carribbean Depot barge company in Belize City, where it was loaded onto a barge for the short journey out to Ambergris Caye. It reached port south of San Pedro on Wednesday evening April 20, and was trucked to the school on Thursday morning April 21.

There, an inventory was conducted showing that nothing on the bill of lading was missing or broken, save one set of tracking rails, which were later located at Carribean depot -- as they had been shipped separate from the pallet itself.

This put the project about 2 months behind the originally published schedule, which was targeting April for Site work and installation and May 1, 2012 for power on and the conclusion of Phase 1.

During early May, BRE sent two technicians to Holy Cross to complete the roof repair and preparation work that was identified in the site engineering report. This work is now done. BRE is looking at mid-to-late June to make a final install and power-on trip -- with the hope of formal project conclusion by July 1, 2011. BRE has been extremely responsible to work with including significant in-kind donations for engineering, site visits, and repair/installation activities that have resulted in our ability to stay within our initial budget estimates.

We are extremely excited to reach this point in our Phase 1 project, and are deeply thankful to our many supporters for making this possible on behalf of the children at Holy Cross Anglican School. 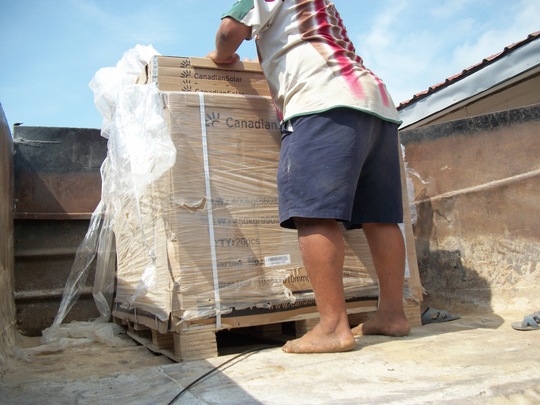 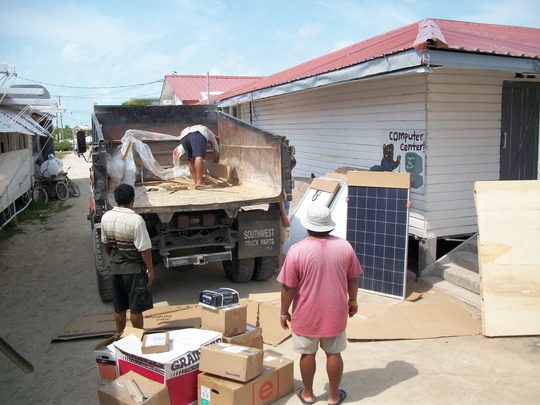 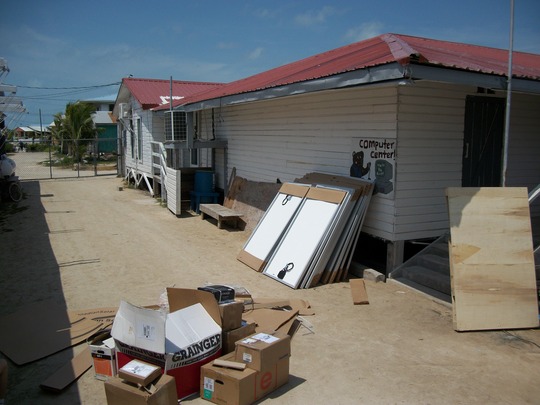 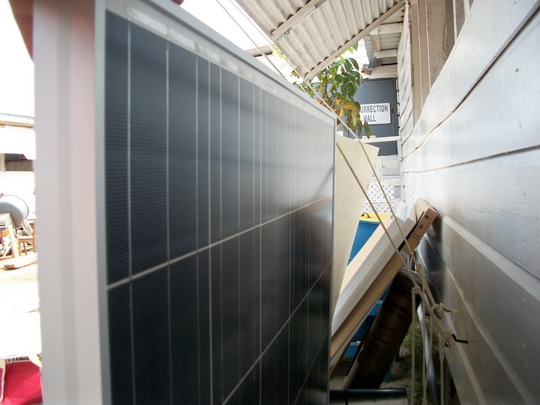 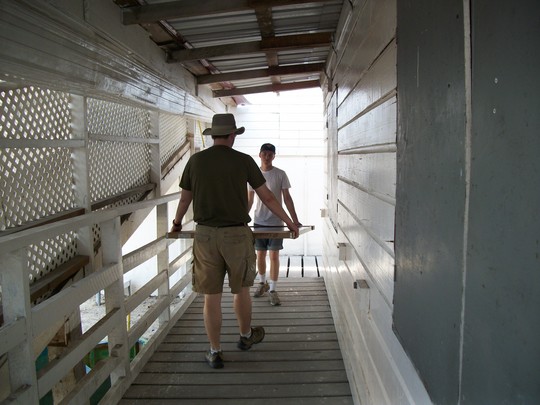 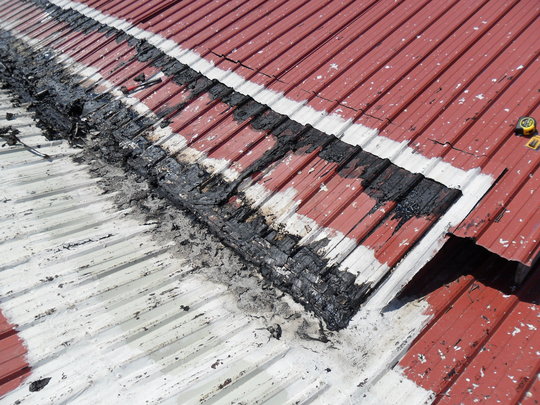 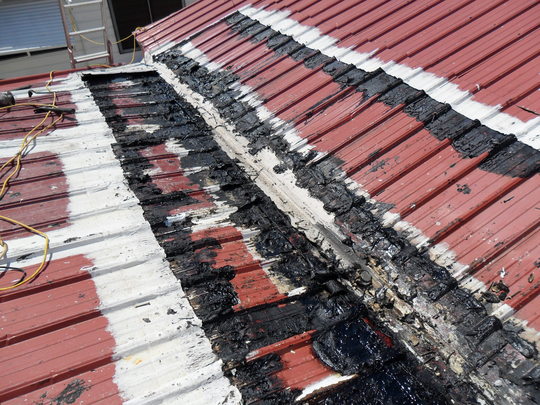 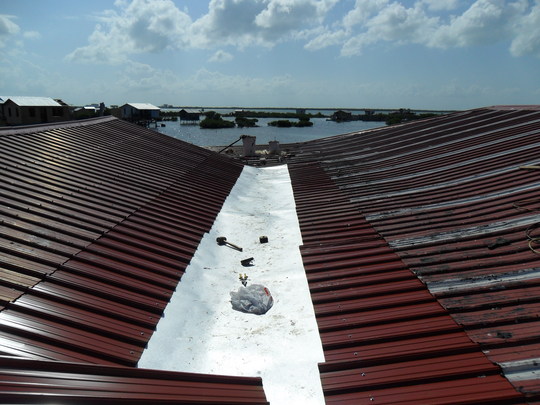 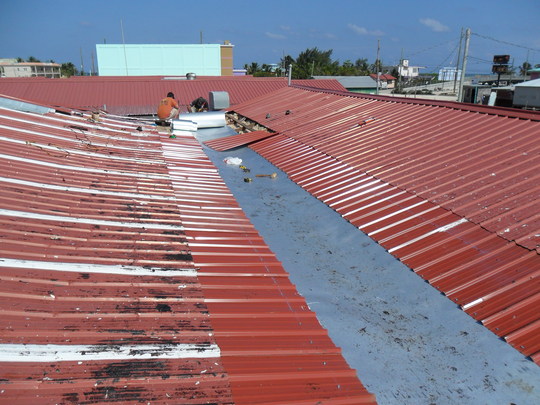 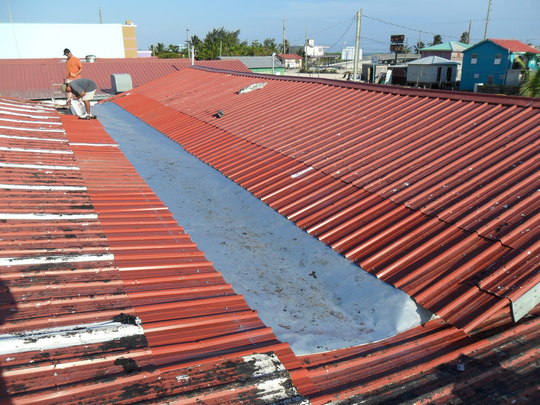 Provide Electricity to 500 Students in Belize (2) 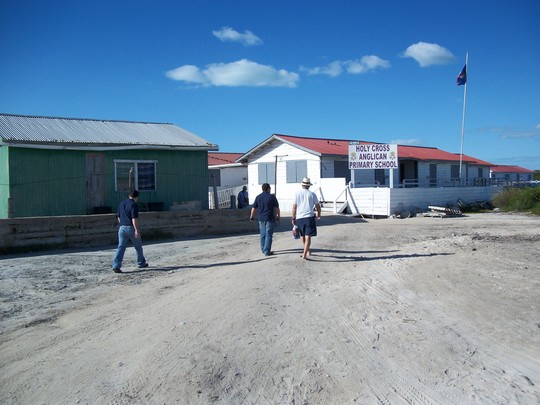 The team conducted both on-roof and on-ground assessment. On-roof, it was determined that a proximate tall structure (the movie theatre) stood in direct line blocking the prevailing easterly winds to a height well above manufacturer's specs for the proposed wind turbine. The possibility of additional high-rise construction to the east was also concerning. This could reduce wind-power yield substantially, perhaps > 50% in the long-run.

Thus discussion turned toward solar photo-voltaic options. The main roof atop the school office complex which was examined. It is the largest area w/ attractive north-south facing roof. However, problems with a seam running down the center of the office complex roof would need repair. Consideration was also given to available roof above the composting bathroom facility, and to on-ground (platform-style) siting or even siting "in the swamp."

Upon return, Baker completed the formal engineering study, recommending that the office roof complex be used, while including modest cost for the roof repair needed to support rack-based PVC system. The proposed system would include 24 Canadian 210W PVC panels and micro-inverters with 25yr/10yr (respective) warranties, yielding approximately 500kWHours power per month (conservative). Baker is in contact w/ Belize Energy and Light about meter hookup, but it appears unlikely that "net metering" will be an option at this early stage. The Foundation is now reviewing Baker's cost proposal with a view toward signing off within a week or two. Assuming this is acceptable, the schedule posted under the first project report is hopefully still attainable (repeated here):

We are still hopeful -- and working toward -- a creative way to use any excess generated to directly benefit the economy of the impoverished San Mateo community, discussed in the first project report. How to do this may not become completely clear until we understand exactly what the power yield will be and during which times of the week we may be generating extra.

I have included several photos from the HCAS/Baker site discovery visit conducted in early December, 2010. 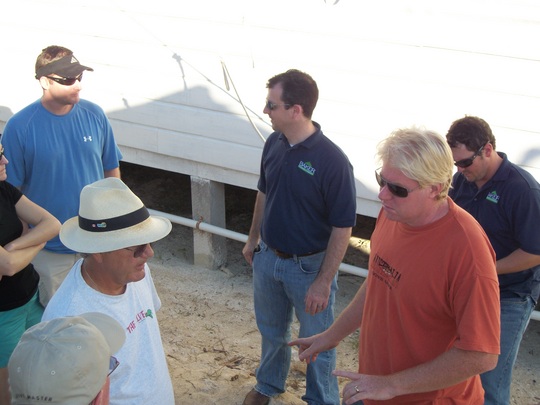 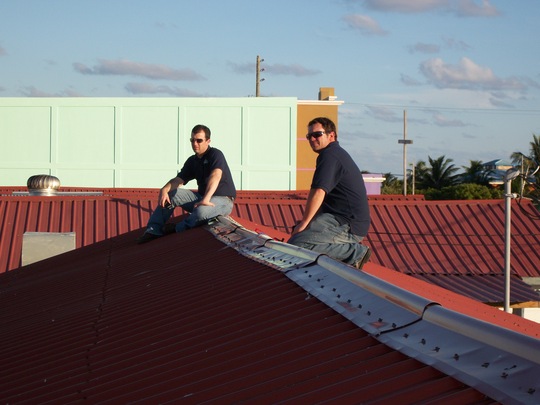 Baker engineers on the roof 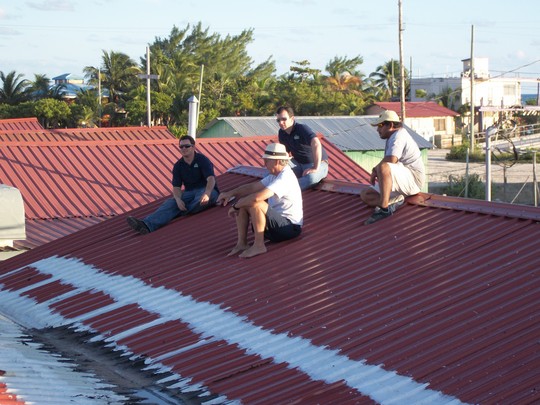 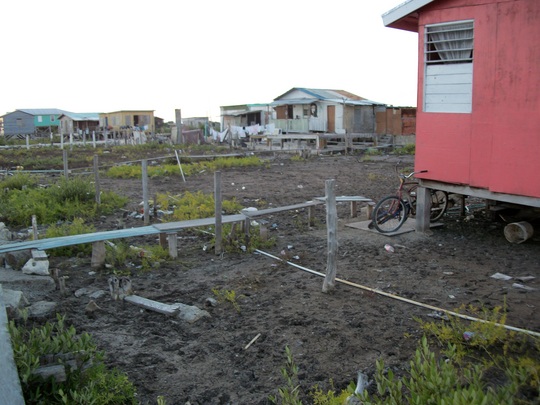 A scene from the San Mateo community 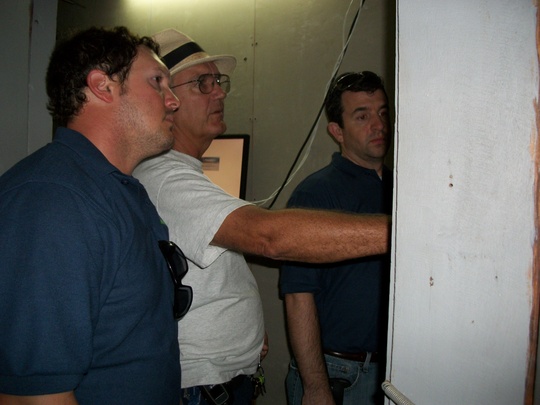 Provide Electricity to 500 Students in Belize (1)

Pre-project engineering work has begun toward supplying the students of Holy Cross Anglican school with a renewable energy supply. Both wind turbine and solar-voltaic systems -- or a combination thereof -- are being studied. Determination will be made based on the optimal cost-benefit solution given the funds (about 35K) available to the project.

We have selected as Baker Renewable Energy (http://www.bakerrenewable.com/) as our partner/supplier. Baker will be doing the formal engineering study while consulting with others on the Board of Directors and Vernon Wilson, the on-site missionary and facilities/operations manager. Vernon will approve the final go-ahead after the engineering numbers are obtained. A site visit may be planned if enough data cannot be obtained apart from such.

(1) Considering solar-voltaic systems, these are modular and can be mounted on plywood/laminate over top of the current corrugated metal roofing, becoming a base upon which to mount the modular SV panels. Since roofing on the office-complex faces due north/south, this might be attractive to attain an approximate 13-degree inclination angle. Any type of plywood must be termite proof. The lab part of the complex has joist placed every 18 inches as well as plywood sheeting over that, then the tar papere and then the metal roof. The office itself only has joist placed on 24" centers with the metal roof attached to strips of wood placed every 24".

2) There is room for a 20-30 amp breakers in the office complex that would be needed for the SV roof based system.

3) In terms of wind, Baker renewable believes that a 60-foot tower would yield the most efficient system. This would require about 8-10 cubic yards of concrete. Concrete could be fiberglass re-enforced or more traditional with rebar. The tower comes in 15-foot sections. It appears, however, that there is a nominal 40-foot height restriction in the community where the school is located, so a variance would be required. Vernon will contact the person who would need to get the ball rolling and see what might be involved. Baker will provide specs. The local government might also need to be involved.

4) The extremely low-income community of San Mateo is adjacent to the school. San Mateo has no running water, no electricity, no sanitary sewage system, and no roads. San Mateo has been listed as one of the communities at greatest risk of disease outbreak due to the conditions there. About 200 students at the school come from San Mateo. We are hoping to provide a benefit to San Mateo directly from the project in addition to reducing the conventional electric bills at the school. Primarily, we are examining the following: (a) the feasibility of a solar-based desalination system; (b) solar-hot water heaters that would be accessible by the San Mateo residents or small systems for individual homes in San Mateo; (c) a large solar still for the school.

5) The possible need for a site visit to conclude the pre-project engineering and make final decisions.

The following project schedule has been adopted: