By Anna Cavolowsky - Head of Community 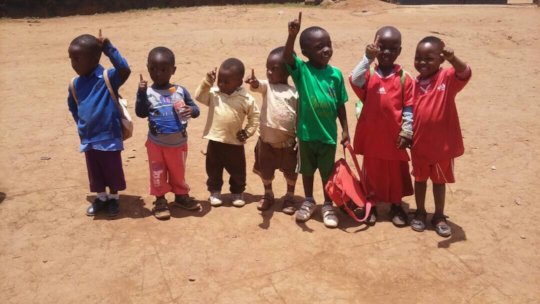 CameroonONE’s expansion program, ONETrack International, is officially in Liberia supporting children affected by the Ebola crisis. To truly express why we are dedicated to helping these orphans, we are sharing a blog written by Tamanna Syed. Her words resonate.

There is a strong need for orphan-care in Liberia where children have been living without parents after the ebola crisis took their lives. Liberia (along with Sierra Leone, and Guinea) are among the three most affected regions of the ebola crisis. In those three countries 27,305 Ebola cases have been reported, of which 11,168 people have died. Some 16,000 children lost one or both parents to Ebola. Even the children of deceased ebola victims may be affected by ebola and the fear of this disease may hinder extended familial ties. According to Unicef, 20% of ebola cases particularly within West Africa pertain to children. Roughly 16,600 children have lost one or both parents, or their primary caregivers to Ebola in these three nations. A little less than 3% of the children affected by deceased parents are left without the custody of extended family members and caretakers. Many of these children have been dislocated from their families due to clinical quarantine preparations and communal stigma against ebola. Moreover, orphaned children are left without financial means for an education and proper health and are left for exploitation. It is important that such orphaned children have family members to care for them rather than being put into a system that may leave them without permanent caretakers or without a sense of heritage or cultural identity. The way to resolve the issue of orphan-hood for such children may be to reconnect families, remove the stigma of the ebola health crisis, and raise awareness and funds dedicated to solving the health crisis at hand; providing good health and welfare to such children.

For these children, there are several dangers they have had to encounter. As children are admitted to treatment centers, they risk emotional health concerns as well as exploitation. They urgently need family tracing efforts, reunification and reintegration into their communities, psychological support and daily assistance. Moreover, children without parents and reliable extended family members are prone to exploitative scenarios such as forced child labor, trafficking or sexual violence. Organizations such as ONETrack International have responded by funding orphan health needs. This may imply putting patients into intensive care units, providing infection prevention, and distributing education kits and sanitary health protection kits to orphaned children and their extended families. The children are as young as three or four years old, losing their parents to the virus outbreak. After being put into quarantine, many individuals go back to disinfecting household objects and continue to care for their children and families. But in many cases, this does not occur due to the lack of knowledge and stigma of the disease. Comforting sick children is seen as a death sentence for family members and close ties, rather than an urgent necessity. There is a lack of knowledge on how to respond to this epidemic and crisis, but our solution is to give the necessary funding and to help unite families.

Testimonies and Experiences of Orphan Children, With A Solution

There are personal testimonies of children who have lost both parents (and caregiving family members) to ebola. People have problems with internal organs and often lose partial eyesight or hearing in the healing process, and report bone pain. In order to escape poverty, these orphaned children have used methods such as soap selling (an example of exploitative labor). Child psychiatrist Dr. Dainius Puras, a professionally trained child psychiatrist spoke of the need for strong community support for children affected by the Ebola outbreak and stated that if a child develops a close personal relationship with at least one caring adult, they can build resilience in the face of tragedy. It is important to know that even with such tragedy, communities can help and be helped. The solutions are to make social interventions more normalized, restore connections between public health officials and communities, and put emphasis on orphans specifically women and girls who are the most exploited.

Effects and Knowledge of Ebola

Not only are parents affected by ebola, but children have to bear the consequences of disease incubation and recovery as well. The ebola virus has symptoms such as high fever, bleeding, and central nervous system damage. It is spread by bodily fluids such as blood and saliva and objects must be sanitized after used by an individual with ebola. Fatality rates are incredibly high; 70-90% of ebola victims die from the disease itself. The period of the beginning of infection and first detecting its symptoms is two to twenty-one days (nearly a month) which makes the disease deadly if not treated quickly. Treatment may include hydration of patients with diarrhea and nausea, however there is no current cure or vaccine. Fruit bats had originally carried the disease and now people are being infected by other human members with the disease. Overall, proper knowledge of the disease is important in order to help orphans recover from it, and to help communities and families accommodate those suffering.

For orphans who have had family members suffer from ebola or are currently recovering from it, adoption becomes difficult. Governments of West Africa and international aid organizations have been encouraged to facilitate local adoptions and provide community wide health. For impoverished communities, there is economic stress caused by ebola. Food rationing and clothing of children is difficult to implement. The process for orphans includes going to an ebola treatment center and then being passed across various family members; rather than stable family members. Many children are wrongfully placed in treatment centers losing contact with their villages and families due to lack of contact information. Foreign adoption is difficult to implement because the process is lengthy and difficult to regulate long-term. ONETrack International believes that establishing legal status between orphans and family members is the best solution for this problem.

There are plenty of funding and awareness solutions available. Victims of ebola need communities that encourage better sanitation and irrigation of water sources. They need greater funding towards their education when they lack resources. They need the ability to pay for medical expenses. Furthermore, orphans need emotional and financial support from their stable extended family members and communities. Overall, these are the options for orphans who have been struggling after the ebola crisis.

You can donate to ONETrack orphans affected by the ebola crisis in Liberia by following this link and typing Liberia in your donation notes. Thank you for your support! https://www.globalgiving.org/projects/introducing-cameroonone/”

Meet the Newest Child in Our Program, Clodeth!

By Anna Cavolowsky - Head of Community 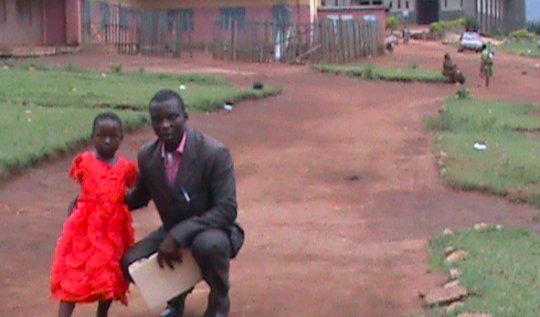 CameroonONE is overjoyed to welcome a new child into our program, Clodeth. She is a 5-year-old girl from Kom Village in Bamenda, Cameroon who was born without arms. Her mother died after childbirth and since then, Clodeth has been persecuted by her community due to stories of witchcraft. Because of our Donors in the GlobalGiving Campaign earlier this year, CameroonONE was able to send Clodeth to a school for the disabled. On behalf of Clodeth, thank you for making this possible.

CameroonONE’s goal is family-preservation. We are the first organization in Cameroon placing children in the households of their surviving relatives while ensuring they receive the proper education and healthcare they need to thrive. We find a way to impact not only the children, but the host families and their communities of birth.

Now, how do we do that? By following international laws and standards. Orphaned children are supposed to be reunited with extended family members at a local level. In cases where no capable family members can be found, then homes should be made available within their community of birth. If all these options are exhausted, then (and only then) should international adoption become an option.

Our host families have an average family size of 6 and the orphanages in Cameroon are so overpopulated that they struggle to support the children already in their care. By providing these host families with the resources to take care of these children, we help reunite families and alleviate the strain on the community which struggles to funds these orphanages. You can continue to fund students, like Clodeth, by turning your donation into a monthly contribution here: https://www.globalgiving.org/projects/introducing-cameroonone/ 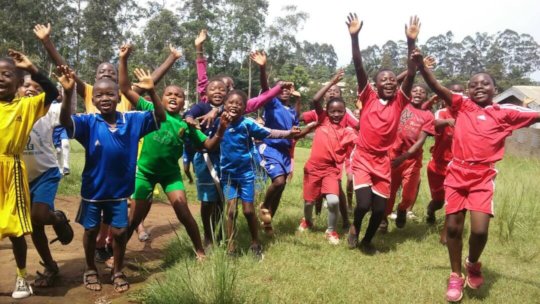 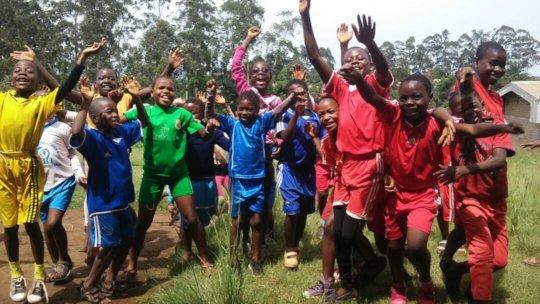 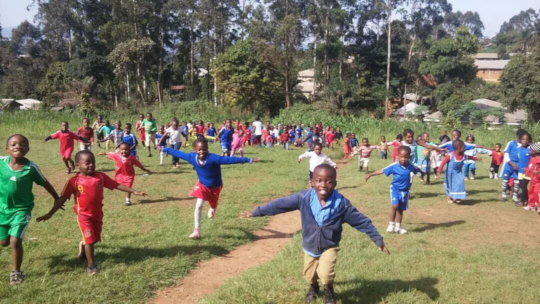 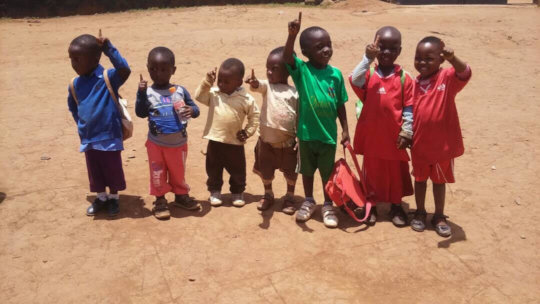 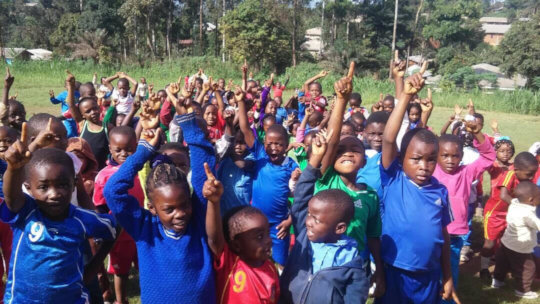