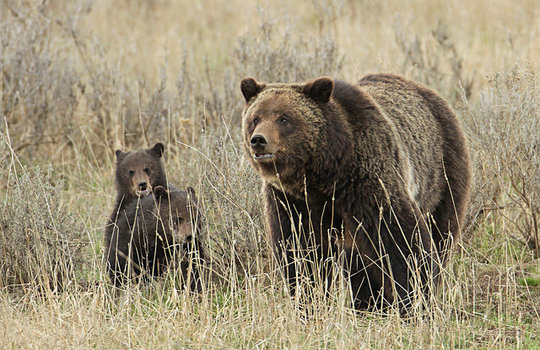 We believe livestock grazing retirements can be a powerful tool for restructuring where grazing occurs on public lands. Most significantly, we have been able to accomplish noteworthy changes in the Yellowstone ecosystem with minimal controversy.  We believe that’s because we recognize that grazing leases have economic value and pay accordingly.  We think our project provides an important model that could be duplicated for other species.  To date we have done grazing retirements to resolve conflicts involving grizzly bears, wolves, bison and bighorn sheep.

The outlook for maintaining this success is positive. The bighorn sheep risk analysis that the Forest Service is undertaking continues to move slowly forward, and NWF’s Adopt-A-Wildlife acre program has proven itself as the primary means of changing existing land use patterns without major controversy. NWF remains in contact with five permittees in Idaho and Wyoming with whom we have a solid outlook for developing grazing retirement agreements in 2016.

Most recently, we followed up our initial Bureau of Land Managment (BLM) retirement with a second one in late spring of 2015: the 59,000-acre Deadman domestic sheep allotment, also in the Upper Snake River area of southern Idaho. The cost was $66,000.  We are also pleased that our recent retirements have been secured for an affordable price. The majority of our retirements have cost less than $3 per acre.The ability to provide substantial conservation at a low cost has allowed NWF to have a significant impact solving livestock / wildlife conflicts on large landscapes in the Rocky Mountain West. 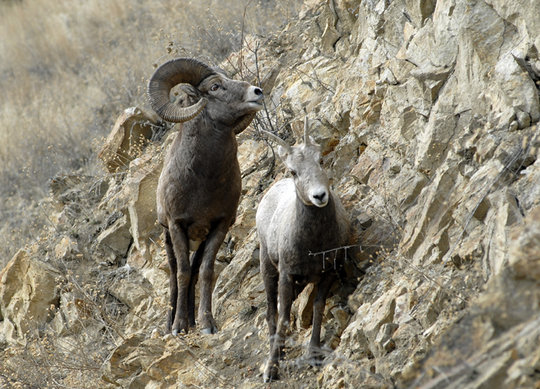 Bighorn sheep are between a rock and a hard place 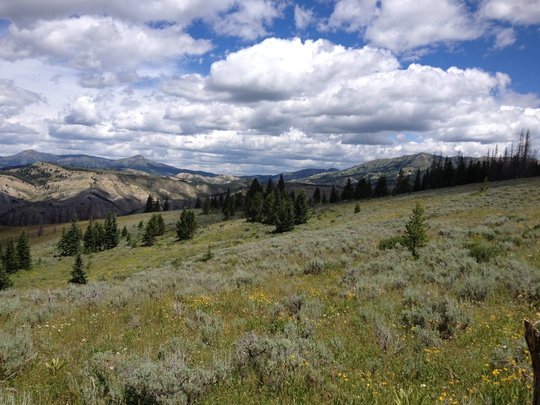 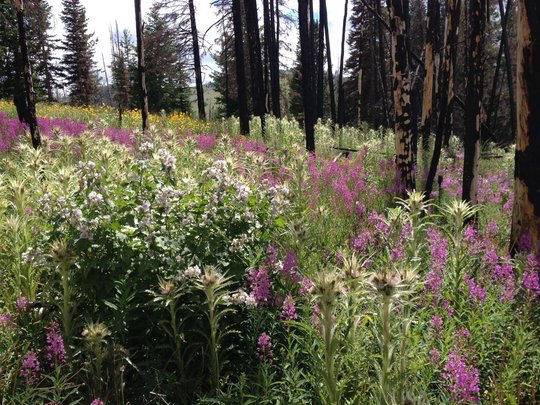 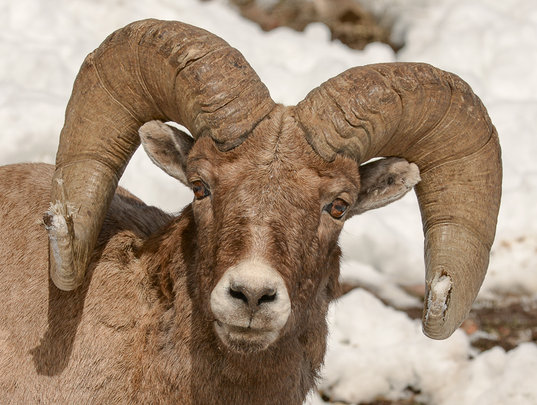 The National Wildlife Federation’s most recent Adopt-A-Wildlife-Acre work has focused on resolving conflicts between bighorn sheep and domestic sheep that graze on public lands in Wyoming, Idaho and Montana. Domestic sheep frequently harbor a type of pneumonia that is easily transmitted to bighorns and often results in large-scale die-offs. Entire herds have been decimated and the diseases can become endemic in the bighorns that do not die outright, leading to high lamb mortality and a continuing downward spiral in the bighorn population.

These disease issues have caused wholesale declines in bighorn sheep herds across the West. It is estimated that in the last century, bighorn sheep populations have declined from 70,000 animals to as low as 30,000.

At the end of April, NWF completed two important grazing retirement agreements in southeastern Idaho that will significantly reduce the disease risk that bighorn sheep face in that area. While all of NWF’s previous retirements have occurred on National Forest lands, our latest Adopt-A Wildlife-Acre project is on the Howe Peak allotment which is managed by the Bureau of Land Management (BLM).

According to NWF Regional Executive Director Tom France, “The Howe Peak retirement establishes an important precedent as BLM manages many domestic sheep allotments that overlap key parts of bighorn sheep range in many western states.  We are encouraged the BLM recognizes grazing retirements can work for ranchers as well as for wildlife.” 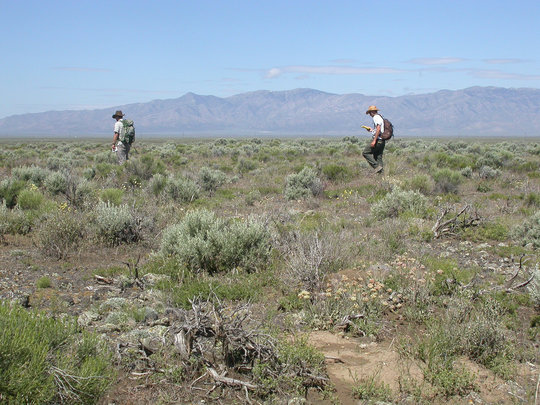 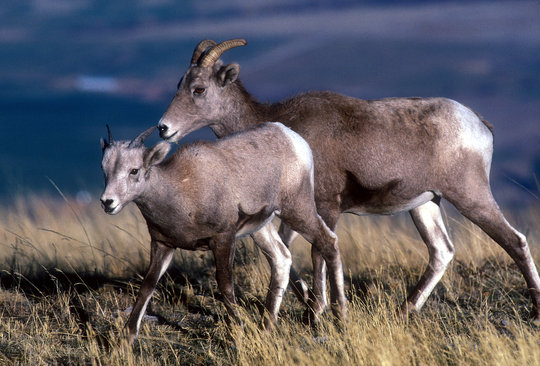 A bighorn lamb and ewe

The National Wildlife Federation’s Adopt-A-Wildlife-Acre started out 2015 with three major successes in Wyoming, Idaho and Montana, eliminating wildlife/livestock conflicts on nearly 70,000 acres of public lands for less than $200,000! Most notably, these significant changes occurred voluntarily with little controversy.

Here’s how: NWF’s market-based program offers fair payment to ranchers in exchange for their agreement to retire grazing leases that experience chronic conflict with wildlife. When ranchers have problems with wildlife (disease, predation, etc.) it can cut into their bottom line. We offer payment sufficient to secure grazing in new locations without all the problems. A win for them and a win for wildlife. As rancher Rick Jarret, who recently completed a grazing retirement agreement with NWF, summed up, “I was looking for solutions, not playing politics, and so was NWF. I guess that’s why it worked so well.”

The early successes for 2015 include:

--the 22,000-acre Upper Gros Ventre cattle allotment on the Bridger-Teton National Forest near Jackson, Wyoming, a scene of repeated conflicts between cattle and large carnivores. This area contains extremely high quality habitat for grizzly bears and wolves, and much of it lies in designated wilderness. NWF was able to negotiate a retirement agreement for $100,000.

--the 36,000-acre Nicholia-Chandler domestic sheep allotment, on the Caribou-Targhee National Forest in eastern Idaho. Domestic sheep have been passing diseases to bighorn sheep in this area for many decades, frequently resulting in large die-offs. The allotment cost $60,000 to retire.

--the 11,000-acre Billy Creek allotment on the Charles M. Russell National Wildlife Refuge (CMR) in northeastern Montana. NWF has now developed grazing agreements on over 60,000 acres of the CMR: significant progress in turning it into the refuge it should be. The most recent agreement cost $37,000.

NWF’s grazing retirements provide significant benefits for multiple species. Conflict with livestock is a major barrier to the expansion of grizzly bear and wolf populations. Bison have not been allowed to leave Yellowstone National Park for fear they will transmit disease to cattle, but NWF’s grazing retirements are removing that concern. Retiring domestic sheep allotments that are adjacent to bighorn sheep herds provides relief from disease transmission, and has become an increasingly important focal point of NWF’s Adopt-A- Wildlife-Acre project.

Since the program began in 2002, Adopt-An-Acre has retired livestock grazing on more than 600,000 contentious acres of public land in the Greater Yellowstone Ecosystem, including many allotments that have been flashpoints for decades. Here’s a link to a map that displays where the retirements have occurred over the last thirteen years: http://nwf-wcr.org/PDFs/WCR-MAP-Yellowstone-Retirements-FINAL.pdf