Displaced, But Not Disillusioned 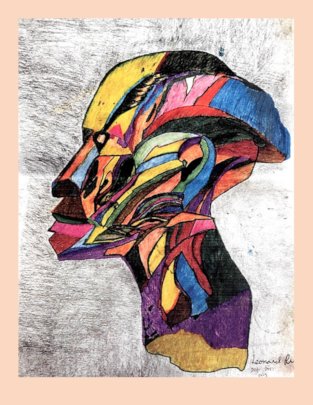 With the help of the Global Giving community, S.H.A.P.E. Community Center has been able to help Leonard and other families and individuals who were heavily impacted by Hurricane Harvey. Leonard is able to live in temporary, secure lodging, as a permanent solution is being developed. Despite the challenges he faces, Leonard has not lost his sense of creativity. Having stability through temporary housing, meets not only his immediate physical needs, but also strengthens him spiritually and emotionally. His unique artistic abilities bring inspiration to those around him, and helps keep Leonard pushing forward.

In the last three months, S.H.A.P.E. Community Center has assisted just over a dozen families and individuals with temporary housing, home repair, building supplies, and direct financial assistance. Continued support from Global Giving and a loving community has stretched $6,000 into disaster relief and some piece of mind for some well deserving people, who have been recovering from the devastation Hurricane Harvey left in their lives almost a year ago.

SHAPE Community Center is wrapping up our disaster assistance and outreach. We will continue to help those affected by Harvey within the framework of our regular programs such as child care, elder assistance, community forums and outreach, and much more.

Recovering from Hurricane Harvey is an ongoing process, and we appreciate all of those who have donated to SHAPE and entrusted us with helping in this process. Unless you have experienced this type of devastation, it may be difficult to understand how many little pieces have to be picked up and put back together, but I hope that sharing some of Anita’s story will give you a glimpse of how much your help has meant to so many people.

Anita and her family heard the forecasts before the storm, and they were all able to shelter at her sister’s house. She brought food and supplies to stay at her sister’s for a few days. None of them had any idea that they would be there for weeks. One of the family members was not even able to make it to them because after getting off from work, he was stranded on the freeway for two days.

After almost two weeks, when the rain had stopped, and the water had receded, Anita and her family finally attempted to return home. Unfortunately for them, their home not only took in water from the rising flood, but also from the downpour of rain; and Anita was not adequately insured. Residents were also warned to get rid of their personal belongings, which were now laden with mold.

Anita and her family had to take shelter at a stadium with thousands of others. As the temporary shelters were beginning to close and resume with their normal activities, Anita received FEMA assistance for a hotel. It was her hope to have her home repaired, but the process was so tightly bound in red tape that she had to continue in the process of getting re-approved for hotel assistance every two weeks.

Anita expressed to us how mentally draining it was to continually not know if they would have a place to lay their heads. She was offered rental assistance, but it was almost impossible to find anything in the city. And, even with FEMA assistance, she had difficulty qualifying because her income was not 3x the monthly rent. She said that she had to “dig deep to keep from giving up”.

Eventually, Anita was able to get housing assistance through a non-Harvey related program, and now 8 months after the storm, she and her family were able to move into an apartment. Along the way, Anita was able to receive direct financial assistance from SHAPE Community Center, with the help of your contributions. Anita appreciated that the assistance was not shrouded in bureaucracy. She appreciated that people who needed help were not made to suffer because of people may have been fraudulent. Mostly, she was grateful that there are people who understood that there was a need for help just based on the fact that “you went through the storm”.

Anita is still not back in her home, but your generosity has helped Anita and about 500 other people like her to get immediate help when they needed it.

Since December, SHAPE has provided direct financial assistance to 39 families and individuals who were directly and indirectly affected by Hurricane Harvey. Out of the 39 recipients, 36 were new applicants.

Two recipients had previously received assistance via a $25 transportation stipend that SHAPE provided to the attendees of our Healing after Harvey event, in which mental health professionals provided services and referrals.    Even though the event was in October, we are happy to know that the event did have impact and helped us reach out to people in need.

One of the recipients continues to receive assistance through vendor payments to a local hotel. He was displaced as a result of Harvey and has no other support structure in place. Through partnerships with other community organizations, SHAPE is helping him to get the case management he needs, so that he can work toward a permanent solution.

Four additional families and individuals were assisted through payments directly to vendors for home repair supplies and services.