The Joy of Making New Devices! 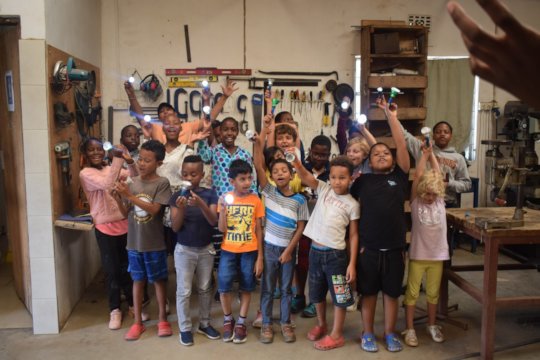 Pupils Celebrating After a Build-It Workshop

Our Workshop never ceases to make Magic and this time around it hasn't been any different.

We have hosted a number of youths through our Creative Capacity Building workshops, the incubation program and pupils through our build-it workshops. Saying our workshop is always busy is cliche since it has always been.

The incubation Program invited 9 amazing engineering students from different parts of  Tanzania who were passionate about developing the prototypes that were once made and left in our workshop. They underwent 3 months of intensive prototyping that led to the fruition of 3 technologies namely; the Winnower, the Sunflower Thresher and the Coconut Oil Extractor.

The amazing job done by these youths is remarkable because these technologies have reached a promising stage in which one (the winnower) already has customers even before mass production.

As part of the incubation program, our students/ innovators underwent a business workshop tailored specifically to equip them with the right skills and knowledge for them to turn their technologies into a sustainable business. We are hopeful that what has happened so far will lead to excellent businesses and ventures.

The Creative Capacity Building (CCB) workshop always has led to the birth of fascinating technologies and the ideas keep on emerging and materialized.

We  conducted two creative capacity building workshops with two different groups of youth who were sent by two partner organization (FUES Foundation and OKOA Generation). These two groups brought different project ideas which are still being worked upon in the early prototyping stage.

The youths who took part in this workshop were so dedicated that they even came to develop their technologies weeks after the training. This shows how the youth have been inspired into becoming the change our communities do.

Our work is really never done until there is excitement from the young ones after they achieve making new devices. In December 2020, we worked with students aged 8-13 from different schools around Arusha who spent 10 days learning to make different devices like flashlights, battery phone chargers, rubber squeezers and blackboard dusters. After the program, their parents were impressed because the students could actually make the devices they were taught to make. We have also reached out to numerous schools with our LED intro program and they were excited to do more.

The reason we do what we do and more is through your continuous support. We are changing lives of Tanzanians, one Innovation at a time and we can not thank you enough for your support. It is through your contribution that we are getting closer to our vision of more local technological solutions to local challenges.

Thank you so much (Asante Sana!)

Nzira and the Twende team 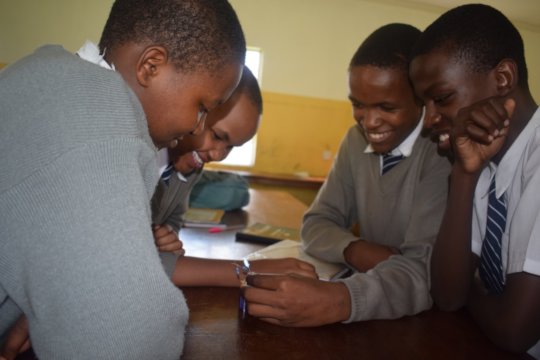 Students testing an LED Torch during an outreach 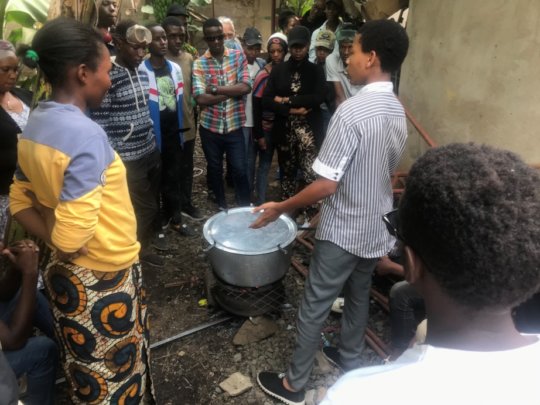 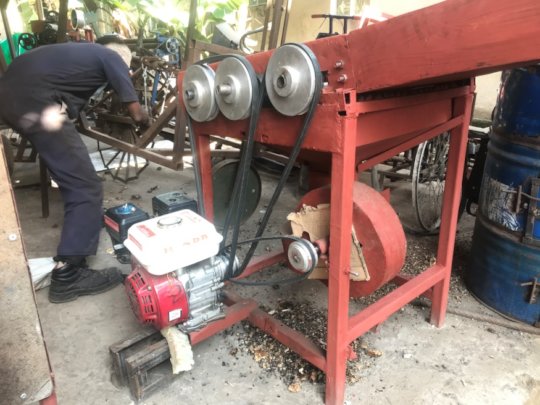 Testing of the Sunflower Thresher
Jan 4, 2021

Thank you for your continued support in everything we have been doing. Your support has made us reach a number of people and empower them to become their own problem-solvers. Due to COVID-19, we had to find a way to slow the spread of the virus by making tippy taps and distribute them to public places and vulnerable communities.

Right now in Tanzania, people are ignoring social distancing rules and putting themselves in danger, because they know they need to continue working to earn money to survive. They are more worried about this than COVID-19. Tippy taps have served as a reminder that people need to observe public hygiene and sanitation, without them, the vulnerable communities that would have benefited form tippy taps will be overcome by hygiene related issues that themselves can create economic burdens in the future.

Through your support, we have made 20 tippy taps and distributed them to Faraja Center, a young women development organisation that serves more than 73 students, members of staff and visitors and Themi Health centre in Njiro, Arusha, a local health centre that serves the Njiro Community.

We still have the same list of next beneficiaries since we have not received funds since the last report. Instead, we have been working with the communities we donated the tippy taps to by gathering feedback on how useful the tippy taps are and if there are technical issues that need repair. We are proud to say that there have been no issues with the tippy taps and that they are being useful to them.

At Faraja Center, the community has found the tippy taps helpful and the management has made it possible by instilling the culture of continually washing hands and regularly filling the tanks with clean water. Due to this, there have been no COVID cases and fewer hygiene-related issues after the installation of the tippy taps.

Once we receive more funding in this project, we will make more tippy taps and donate them to Moivaro orphanage, Kiserian Primary School, Njiro Secondary School and Moivaro health centre.

Your support has made us achieve this milestone and I am looking forward to your continued support to make it possible for more communities to fight the virus and improving public hygiene.

We still need to cover more ground in this project which is why your donation  will be highly appreciated.

One last thing—sharing our project with your friends and family helps us spread the word about our work and continue to grow our community of supporters like you. If you’re willing to share the story of our work with your network, we’d be incredibly grateful. Watch this space as we will be bringing more projects and progress. You can find all this on Facebook, LinkedIn, Instagram and our Website

From Twende with love,Nzira and the team.

We have kickstarted our project design phase. 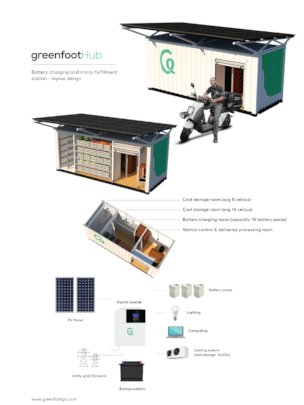 It's our hope that you have all been staying positive while testing negative, given the reality 2020 unfolded before our eyes. At Greenfoot we have been good and kept our hopes high for each incoming day, and that has been true for most of the times. We have managed to kickstart our pilot on delivery service powered by electric cargo motorbikes and managed to make proof of the service and collect useful data that will help us build a better service and deliver the most value.

As part of operational infrastructure development and effort to make sure our service empower and inspire a greener future we all striving for, we also started working on the implementation of solar powered battery swap and charging station prototype, which will eventually render our service more efficient and affordable for the majority to adopt, but also offering more services such as micro fulfillment and temporary storage of different consumer goods in a temperature-controlled environment, contributing to reducing waste especially from fresh produce and daily products.

Your support has been really helpful to kickstart our project and we are truly grateful for that. And so far we are finalizing the design stage including laying down technicalities on how different parts of the stations are going to work together, especially the energy consumption part of it. Our goal is to achieve a system that takes advantage of the best practices and tools to maximize efficiency while keeping the cost down, and eventually coming up with a final product that can be easily replicated and adopted by other actors in the industry.

After this phase, we are actually going to the most financially demanding phase, the design implementation and we will need more support than ever. We will try to put regular updates on the progress of the project and share more visuals when this starts to materialize, but allow us to share a visualization of our final design and tech layout.

I thank you forever as I sign out on behalf of Greenfoot,