There's so much going on at the USPCA Haven! 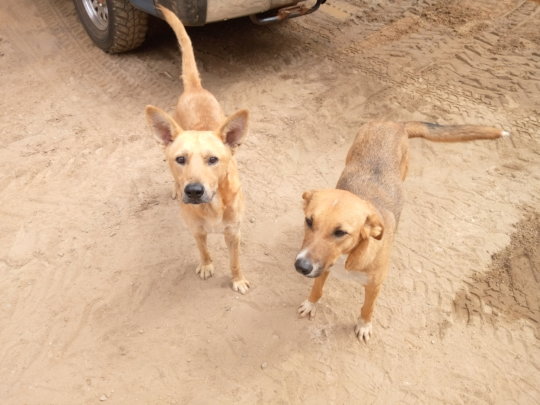 Since last I reported:

Now onto a few of the recent rescues:

Also in August, Police, a really sweet dog (see picture), was surrendered to The Haven by his owner, who said that he he lost his job due to covid-19 and could no longer afford to keep him. The owner didn't want to dump Police on the street and was kind enough to bring him to The Haven.

On September 11, a USPCA supporter (Alice) found a little puppy wandering all by himself and brought him to The Haven (see picture), where he is undergoing mange treatment.

On September 9, The Haven added 7 more puppies to their menagerie when Elise found them in a box left in front of her gate. She already has 8 dogs, so brought the pups to The Haven.

And some of the recent adoptions:

For three Haven dogs, September 12 was their lucky day: Sox, Lucky/Maggot, and Ziggy were adopted to one home (see picture).

September 7 was another three-dog day! Max, Simba, and Happy were adopted to be resident dogs at the Human Development Center. Thank you to Myra who helped with introductions and gave a lesson on how to behave around dogs. You can see from the picture that the dogs will  be getting --and giving--a lot of love!

August 17 was another multi-dog adoption day. Simba, Police, Nala, and Penny (see picture) were adopted by Moses (not pictured). Moses has a very big compound-and look at all that nice grass to roll around in. Moses adopted 2 dogs from the USPCA several years ago-he's a great dog father!

I'm very sorry to our kitty friends! We'll work on getting some good cat stories for our next update!

Thank you so much to all of you, we're so grateful to have your support during these very difficult times. We hope that you are staying safe and healthy. 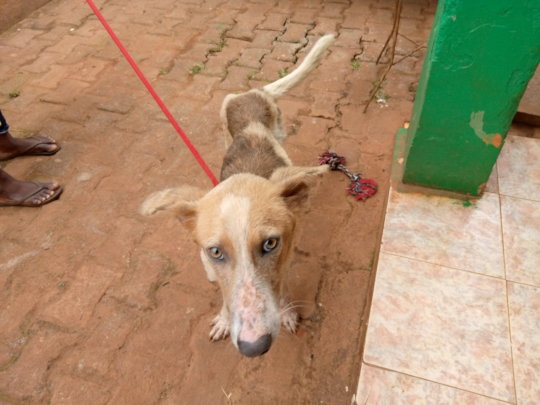 Police's owner could no longer afford to keep him 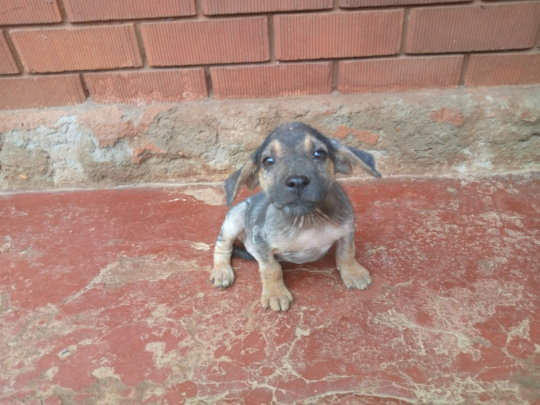 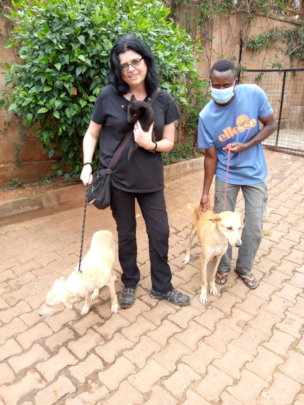 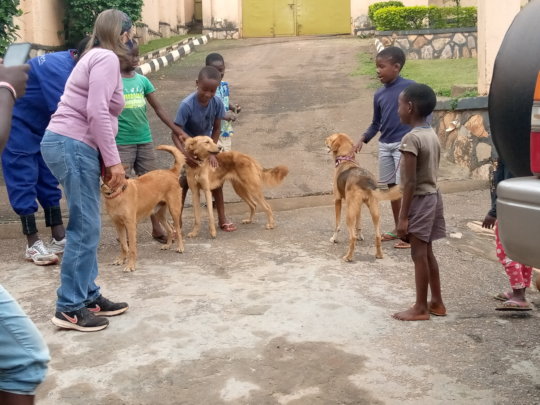 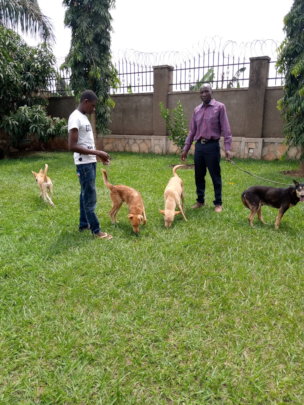 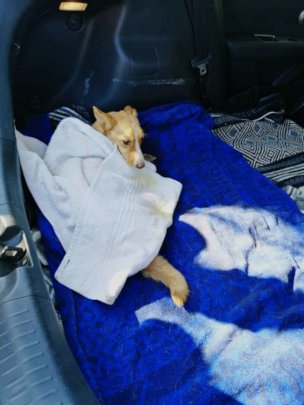 As you know, Have A Heart-Namibia uses AKI funds for their priority needs, which HAH has identified as: an Emergency Fund to help good animal owners who can't afford vet bills to get the vet help their cat or dog needs; booster vaccinations and anti-parasite treatment for HAH-Namibia's spay/neuter clients; and spay/neuter of cats.

Because of covid-19, HAH-Namibia is receiving more and more requests for help with vet bills. We decided it was time to replenish the AKI-HAH Emergency Fund with a special covid-19 relief grant. And already, HAH is putting it to good use.

On May 30, HAH-Namibia was contacted about a sick dog named Bella who needed help. Bella’s owner is without work because of covid-19. He has a total of 7 dogs and 3 cats to support (as well as a human family). Geesche got in touch and offered to help Bella using the AKI-HAH Emergency Fund. It turns out the man has a 2nd dog, Snowy, who also needed help-the dog had been hit by a car and couldn’t walk. Of course HAH is helping Snowy too using the Emergency Fund.

Bella and Snowy went to the vet clinic on Saturday. Sadly, both dogs were too sick to receive the help they needed in Rehoboth, Namibia-it’s a small vet clinic with no xray machine for Snowy. It looks like Bella has severe tick bite fever and is on medication for it but needs further tests and more treatment (her liver is damaged already, her gums are yellow), so they both needed to get to Windhoek asap. Transport was arranged and as of Saturday, they were on their way to Rhino Park Clinic in Windhoek.

We don't know yet how the story of Bella and Snowy will end, but we know it's already so much better than it was on Saturday! -They are both getting treatment and relief from pain. Geesche promised to keep us updated. (All the cats and dogs in this family will be spayed/neutered as soon as HAH-Namibia can arrange the surgeries.)

Rex is another beneficiary of the AKI-HAH Emergency Fund. Rex belongs to the Rickerts family (a great name, Rex Rickerts). Rex had a broken leg and Vet Nurse Sheelagh saw how desperate for help the very caring owner was, so she sent a request to HAH to use the Emergency Fund. Sheelagh said that Rex's family is beyond thankful for the help Rex got. They were so worried about him and visited him every day at the clinic. Of course while he was there, Rex was neutered, vaccinated, and treated against parasites.

These are the 1st 3 pets helped by our special covid-19 relief grant. We know there will be many more. We're' so grateful for your support of HAH-Namibia and Animal-Kind International.

We hope you are well and staying healthy and happy during these difficult times. 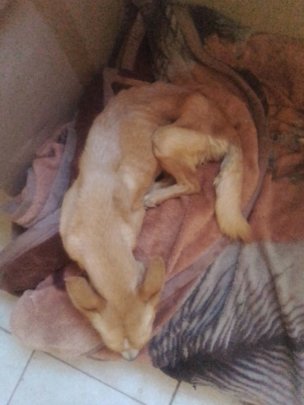 Bella getting care thanks to the AKI-HAH Fund 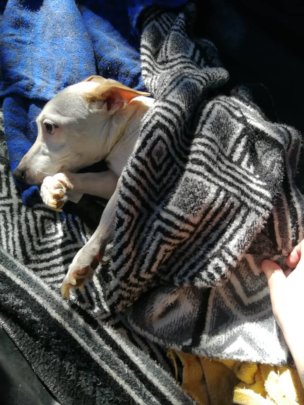 Snowy headed to Windoek for x ray and treatment 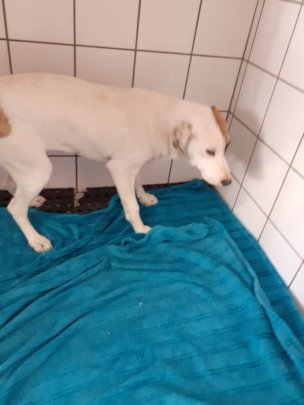 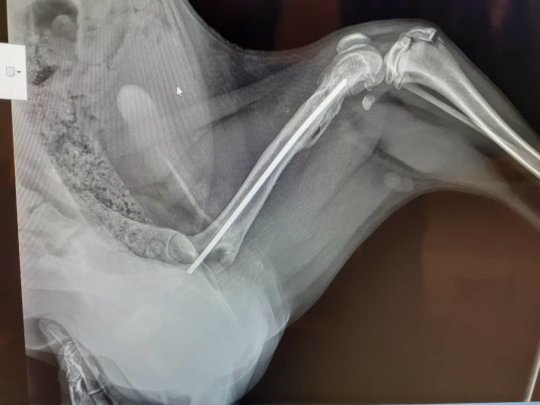 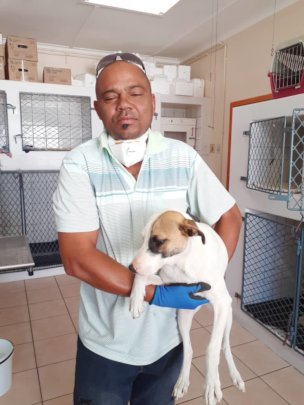 During this unprecedented time.... 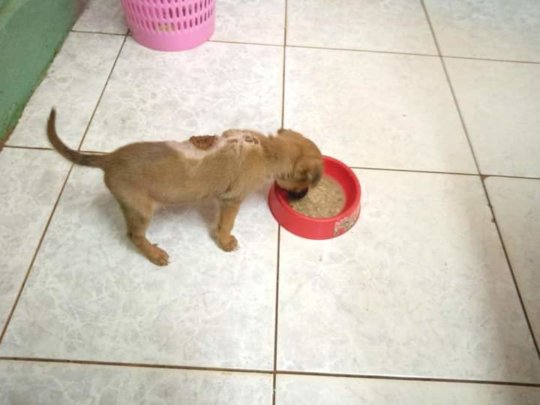 Animal-Kind International is helping Uganda Society for the Protection & Care of Animals address the new challenges they are facing. We've sent covid-19 relief funding to cover salaries, dog and cat food, and other priority needs.

When the country went into lock down, the USPCA hadn't yet been issued a special pass allowing them to move around the city. Haven Manager Alex coordinated with government and on April 13, the USPCA received the required pass that covers the Kampala metropolitan area and allows USPCA staff to continue to rescue animals-in-need!

The Haven has remained open throughout the crisis, but working hours were reduced to 9 AM to 3 PM to allow staff to safely walk to work and back home (public transport has been discontinued). The USPCA's community programs (spay/neuter and education) and in-school Humane Ed are on hold.

Most worryingly, many expats had to leave the country (their employers required them to leave, often with little notice), and some left their pets behind, relinquished to The Haven. Also, with the departure of expats, the USPCA has lost volunteers and donors. The mistaken belief that cats and dogs can transmit covid-19 to humans has also resulted in some animals being abandoned.

The USPCA Haven is already at their limit of cats and dogs that the facility can hold. With movement curtailed, adoptions have decreased.

With stay-at-home orders in place and borders closed to people traveling for work and pleasure, businesses have suffered. The USPCA lost their most valued in-country donor, a hotel. And a cafe that sent fish to The Haven every day to feed the cats suspended their donations.

On May 20, new guidelines were issued that somewhat relax the covid-19 safeguards:

Even with all of the challenges and bad news, we've seen some heartening rescues, adoptions, and offers for help:

This crisis has made it even more critical for the USPCA to be prepared for the future with a larger shelter, owned-not rented-where the USPCA can guarantee every pet in need the care they deserve-and where they'll never have to worry about being full to the brim or being kicked off the premises.

AKI AND USPCA THANK YOU SO MUCH FOR YOUR SUPPORT! 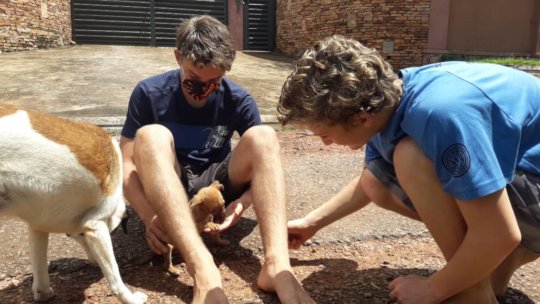 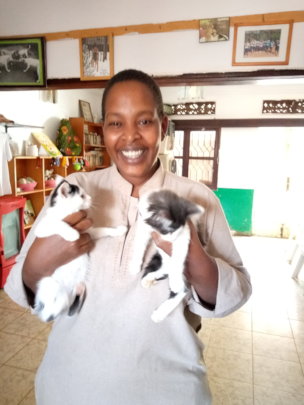 Yvonne adopted 2 Haven kitties in May 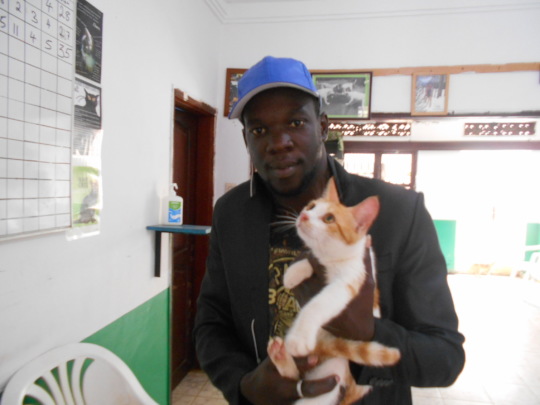 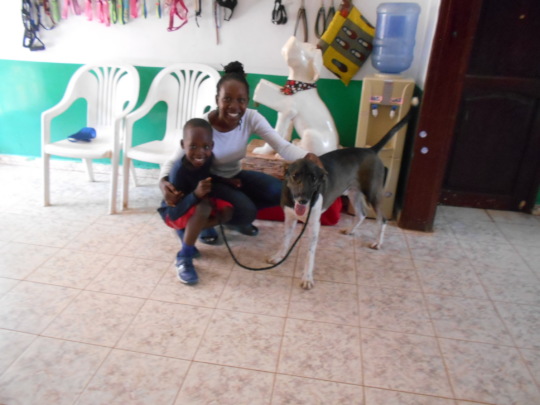 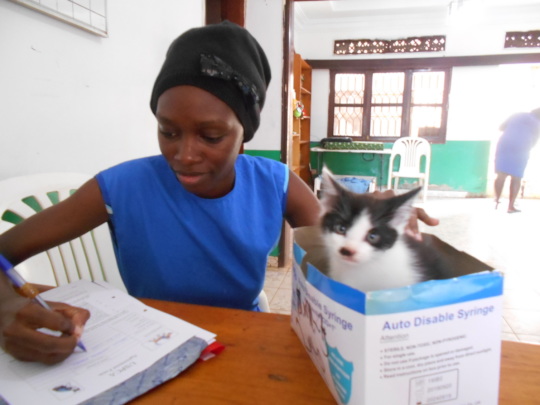 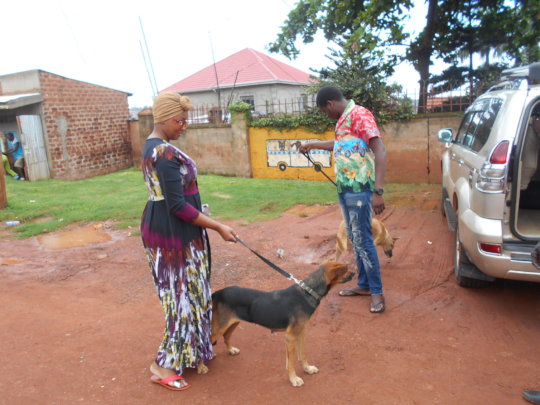 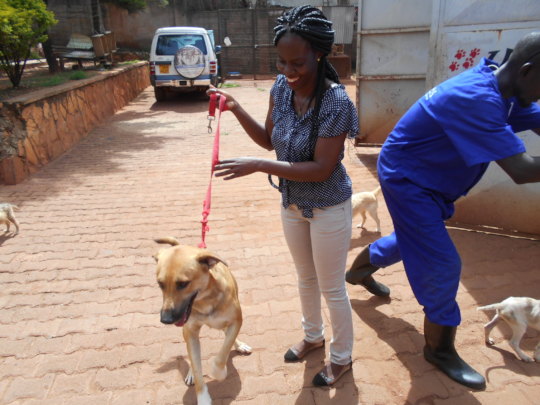 Another dog adopted on April 14