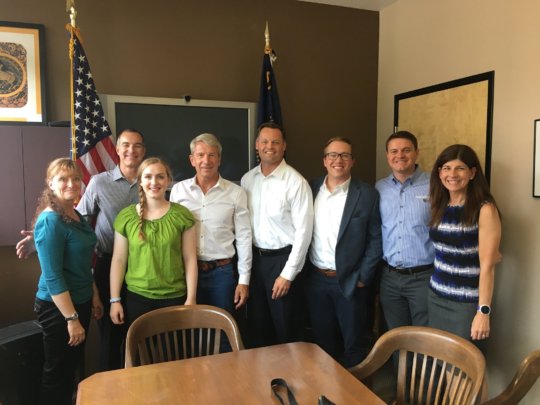 We work to stop diabetes for all the heroes living with and affected by it. One in 11 Americans lives with diabetes, but diabetes affects us all; whether you live with diabetes or you love someone who does. That’s why our diabetes advocates work with their representatives at the local, state and federal levels to share the importance of continuing to fund research for a cure and programs that help people with diabetes live a full life.

This fall, our Oregon advocates met with Congressman Kurt Schrader of Oregon’s 5th District to talk about how he can support people living with diabetes in our Oregon community. Our advocates discussed the importance of having access to affordable medication and supplies for all those living with diabetes and shared their own stories of living with the disease, such as how they manage their disease while living a busy life as a high-school student, and the high cost of paying for supplies, especially after retirement.

We are so grateful to local ADA advocates (l-r) Mick, Kevin, Tegan, Scott, Peter, Dan and ADA staff member Alison for raising your voices on behalf of all those affected by diabetes in the Oregon and SW Washington community!

To learn more about what ADA is doing to advocate on behalf of those with diabetes, or to sign up to be an advocate, visit www.diabetes.org/advocacy.

One Rider Takes on a Century Ride with Diabetes 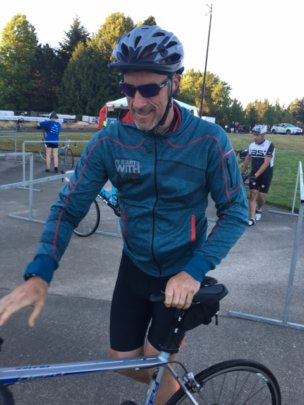 Tour de Cure may only happen one day a year, but our riders, runners and walkers put in hours of training and fundraising before they ever arrive at AmberGlen Park. This month, we’re sharing the story of a Red Rider, Nate, who accomplished a full century ride this summer!

Maybe you’re not ready to conquer the century ride quite yet, but we want to invite you to join us on July 28th, 2018 to ride one of our beautiful routes through the scenic Willamette Valley or to run or walk our 5K routes through Hillsboro. Registration is now open for 2018 – please visit www.diabetes.org/tourpdx to learn more!
--

Nate is a newly diagnosed Red Rider, having lived with pancreatic disease for more than 20 years before his diagnosis. He met ADA staff members at another event and signed up to ride 104 miles for this year’s Tour de Cure to help support the American Diabetes Association’s research and education efforts.

Nate started his century ride at 6:30 am and a couple of hours later, he took a break and texted his wife Rebecca "40 miles down." The next text came in at mile marker 70, and at that pace, he would be done before 1 pm! At mile 87, the text "everything hurts" came in and a couple minutes later he called and said, "I don't know if I can do it..."

Meanwhile, Rebecca was sharing Nate’s story with our volunteers as she waited for Nate to come back to the finish line, knowing he was still 17 miles out. After a few more minutes, a rider wearing red arrived – it was Nate! The announcers shared his story over the loudspeaker and the crowd clapped and cheered. Nate had tears of relief and happiness in his eyes: "I did it! I finished!" He had crossed the finish line with another rider from Sacramento, who had never ridden 104 miles before, either!

After the ride, Rebecca shared her hopes for the future: “There has been so much technology in pancreas surgeries & diabetes research - there will be a cure in the near future; I am sure of it.” 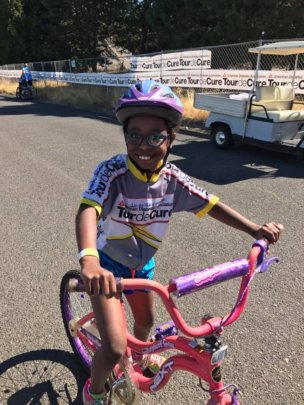 We have amazing children and families!

We had a great time last Saturday, July 29th at Amberglen Park in Hillsboro at Tour de Cure 2017! We had so many enthusiastic riders, walkers and volunteers that made the day a huge success. Saturday's riders and walkers were treated to perfect weather and a beautiful ride through the scenic Willamette Valley. We had a total of 335 riders participate, raising a total of $290,000 and counting to support diabetes research, education and advocacy. The best part of the day was watching our riders and walkers cross the finish line, joining us for food and celebration for their awesome efforts. Tour de Cure takes place in nearly 80 cities across the U.S in order to raise over 30 million dollars each year to support our mission, making it the largest biking event for diabetes in the U.S. We are so proud of the Oregon/SW Washington riders who came out to ride or walk in the spirit of support for the 400,000 people living with diabetes in our local community.

We had 74 cyclists and walkers living with diabetes - our Red Riders and Striders - participate in Tour this year. Their participation reminds us why we do this event every year, to positively impact the lives of those living with diabetes. Surrounding the event were signs from our awesome youth advocates, inspiring riders to reach their riding goals. Our youth advocate Lena speaks for all red riders by saying  “I can still do anything you can do, I may just have to check my blood sugar first”. 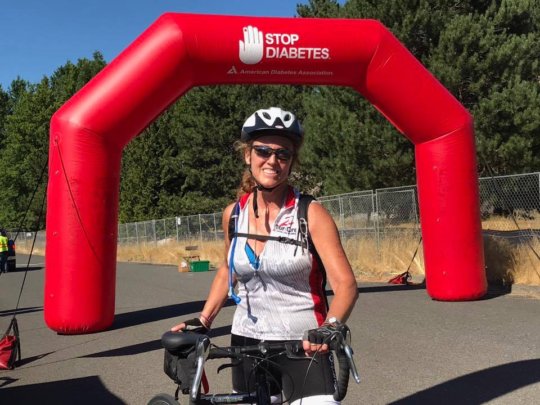 Helen rides 104 miles for her daughter every year! 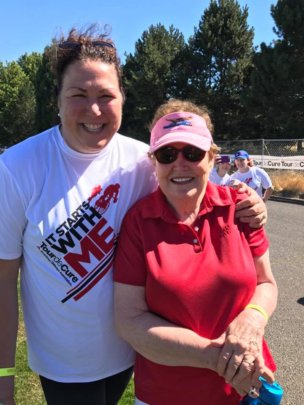 All that we do starts with our walkers and riders
‹ 1 ... 6 7 8 9 10 11 12 13 ... 27 ›
WARNING: Javascript is currently disabled or is not available in your browser. GlobalGiving makes extensive use of Javascript and will not function properly with Javascript disabled. Please enable Javascript and refresh this page.