Conflict Threatens the Delivery of Aid in Yemen 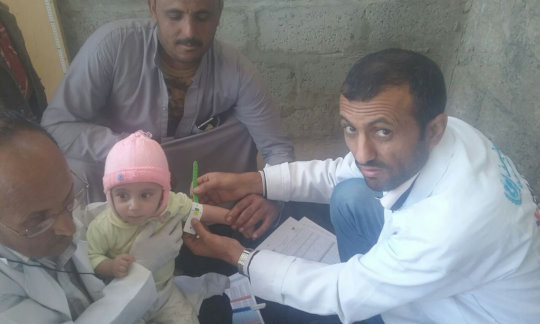 Food insecurity tightens its grip on Yemen as conflict converges around the port of Hodeida – the entry point for 70 percent of all international aid to the country. The military escalation in the area further endangers roughly 10 million Yemenis already on the brink of famine. Before fighting broke out, the Hodeida governorate already had one of the highest malnutrition rates in the country. As the conflict intensifies, the situation is expected to worsen. To date, more than 56,000 people have fled. Many more are prevented from leaving the city.

Fleeing families will arrive at RI centers in urgent need of food, medical care and protection. With your support, Relief International teams will care for vulnerable families where they land, providing them with critical emergency services and laying the groundwork for better times.

Relief International has worked in Yemen since 2009. To meet the growing needs caused by the conflict in Hodeida, we are scaling up our existing operations and working to expand to new areas that are attracting large numbers of Hodeida families. The support of donors like you helps provide emergency medicines, food, clean water and other necessities to families escaping Hodeida as they journey to safety.

Fighting to Survive in a Country Overcome with Malnutrition 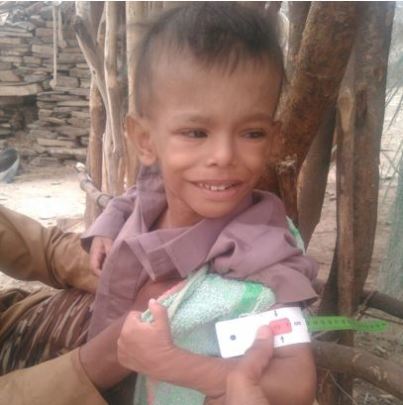 Yahya during his last visit to RI's MMT.

Yemen’s ongoing conflict recently reached a new and tragic milestone: its third anniversary. As war rages on, nearly 22 million Yemenis—three quarters of the country’s population—are left without food, clean drinking water or healthcare. And the situation grows worse each day. RI teams are on the ground inside Yemen, delivering critical assistance to the country’s most vulnerable—its children.

In a country overcome by malnutrition, more than 462,000 children are battling for their lives. These numbers continue to climb. Stationed on the frontlines of the fight against hunger, RI teams are working around the clock to treat severe and acute cases of childhood malnutrition. Our staff work to restore the health of young Yemenis with programs that include malnutrition screenings, monitored feeding, nutritional assistance and referrals. Many Yemenis, including Muhammad* and his four-year-old son Yahya* pictured here, rely on these services to survive.

Muhammad recently trekked for an hour over rocky, mountainous roads carrying Yahya in his arms. “He is very weak and cannot even walk anymore,” Muhammad told RI staff when he arrived at the staging area of our mobile medical clinics that day. “He’s lost so much weight.” Muhammad had seen other children in his village die from malnutrition and feared that the same fate awaited Yahya.

RI mobile medical teams move from village to village each day, crossing dangerous terrain to reach families living in the remote reaches of Yemen. RI’s trained community health workers go door-to-door conducting malnutrition screenings and informing parents about RI services and how to access them. This is how Muhammad learned about the opportunity to save Yahya’s life.

When RI staff first examined Yahya, his Mid-Upper Arm Circumference— called MUAC, the defining diagnostic for childhood malnutrition— measured only 8.5 centimeters; a well-nourished child would have a MUAC over 13.5 centimeters. The nurse on the scene explained to Muhammad that Yahya was severely malnourished and that without treatment he would likely die in the coming weeks. RI’s nutrition team provided Muhammad with 15 sachets of a nutritional supplement and instructed him to give Yahya two per day and return to the mobile clinic the following week.

This is Yahya today. His Mid-Upper Arm Circumference has grown almost two whole centimeters to nearly 10.5 centimeters. His father says he is visibly happier and more active. “He is starting to get better,” Muhammad said, noting that his son is able to walk again.

*Names of beneficiaries have been changed to protect their identities. 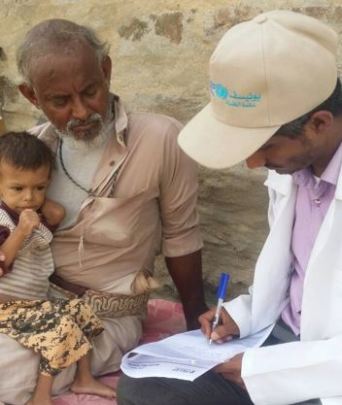 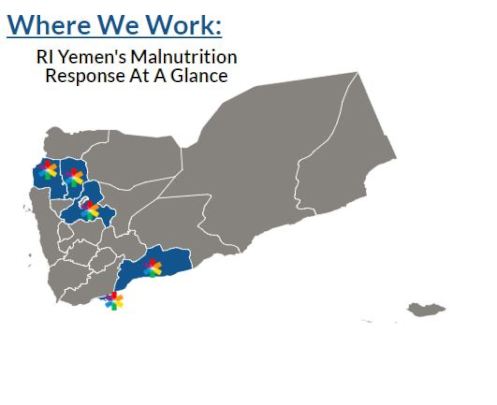 NUTRITION: Nearly two million children and more than a million pregnant or lactating women suffer from acute malnutrition. Relief International teams restore the health of these women and children with programs that include monitored feeding and nutritional supplements. RI teams also deliver food baskets and vouchers to underserved families which allow them to buy nutritious fruits and vegetables from local markets. RI often provides the only source of food to these families.

Relief International teams have trained hundreds of community leaders to promote and sustain healthy nutrition and hygiene practices in their villages. Thousands of local community members have attended these awareness sessions in schools, mosques and homes, where they learn what causes malnutrition and disease, how to identify symptoms and how to seek treatment at RI health facilities.

In Yemen, Relief International works to meet communities’ immediate needs, while laying the groundwork for a sustainable future.