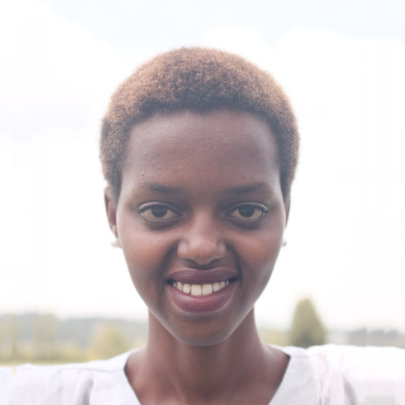 Primary school taught Grace a lesson she would learn over and over again:
she was a minority.

In the village in Eastern Rwanda where she grew up, girls weren’t encouraged to go to school. As Grace remembers it, girls made up only 20 percent of her primary class. Little changed when she went to secondary school.

While it went against common culture, Grace’s parents insisted she focus on her education. Despite the sacrifices, her parents wanted all of their eight children to receive every opportunity to learn and grow.

In secondary school, Grace was already thinking about university. Her plan was to study accounting, and learn as many skills as possible to help her start her own business one day.

Despite her confidence, the cost of a university education made her question the feasibility of her vision. In Grace’s moments of doubt, her father stepped in.

“The best gift that my father gave me was to believe in me,” Grace said. “Regardless of our family challenges, he supported my dreams. He believed in my ability to join university. With his trust and encouragement, I made it.”

Grace received a partial government scholarship for her tuition, but halfway into university, she began to look for ways to offset the education expenses to help lift the burden from her family.

When Grace was accepted to be a University Leadership Scholar in 2015, she and her family rejoiced. At These Numbers Have Faces, Grace has been further inspired and encouraged in her vision for business. During monthly trainings, she has met business leaders from Rwanda and across the world. Grace has even led service projects counseling street youth, and taught peace and reconciliation classes in refugee camps.

Meanwhile, during Grace’s third year in the program, two of her fellow scholars, Benson and Alice, were in Portland, Oregon for summer internships. There they met These Numbers Have Faces supporters, Bryan Concannon and Debi Dereiko. After hearing Benson and Alice’s stories, Bryan and Debi felt compelled to become more involved.

As it would happen, Bryan would offer an accounting internship at his company, Concannon Lumber, in Fall 2017, and Grace would apply.

At a recent Leadership Training, we announced that Grace was selected for the Concannon Lumber internship! She cried and thanked God as her fellow scholars celebrated her with applause, songs and cake (of course!).

When she lands in Portland in August, Grace said she’s looking forward to getting hands-on experience in accounting. She doesn’t want to just be a temporary member on the Concannon Lumber team -- she wants to be part of the company’s growth.

“I carry in my heart the burden to help the communities around me, to positively change them for a better life,” Grace said. “I want to support others to build their self confidence, no matter their circumstances.”

After her 3-month internship, Grace will return home to Rwanda, a country that is now working to invest in women in education, business and leadership.

“Investing in a woman means laying a foundation for a strong home, family, community and nation,” Grace said. We believe that foundation begins with her. 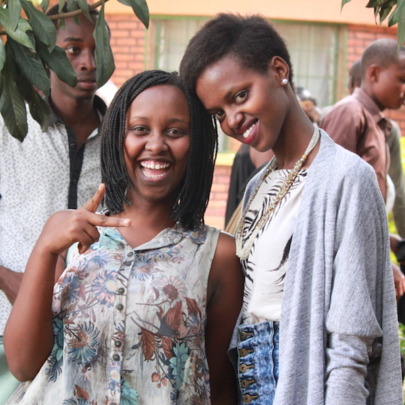 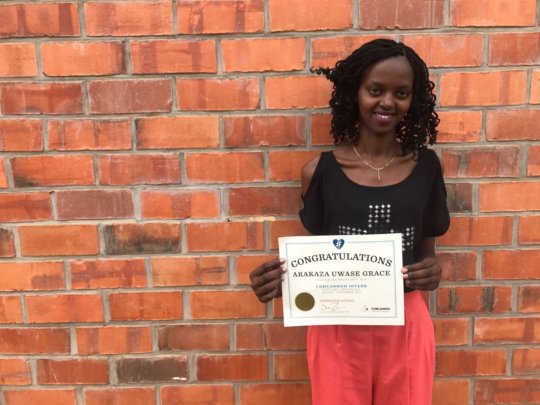 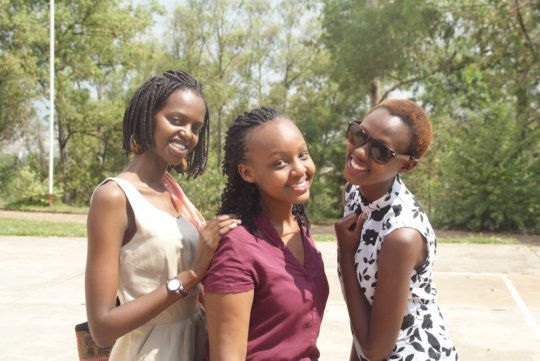 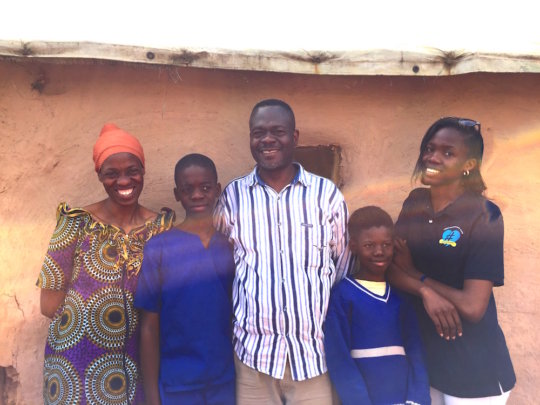 After fleeing their homes in DR Congo due to a violent civil war in 1997, nearly 20,000 people sought safety in Kiziba Refugee Camp. The camp, settled high atop a hillside in Western Rwanda, is accessed only by hours of walking up rough, steep roads. They prayed life in the camp would only be momentary -- a few years, at most. Yet, the people of Kiziba have been waiting for 20 years now -- waiting for their home country to become safe, for ethical leaders to rise, for someone to notice them.

Born just a year before her family fled from Congo to Rwanda, Daniella’s memories growing up in Kiziba Camp are marked by images of poverty: disease, hunger, unplanned teen pregnancies. At the same time, she saw her mother, a nurse at the camp dispensary, constantly serving others. Watching the impact her mother could have in a seemingly hopeless place, Daniella dreamed of growing up to be a nurse, just like her.

When Daniella was accepted to be a University Leadership Scholar at These Numbers Have Faces in 2015, she enrolled in a nursing program. Traveling back home to the camp on school breaks and holidays, Daniella was constantly reminded of how her studies would be put to good use, someday. That day, however, was to come sooner than she thought.

Part of our University Leadership Program is that all scholars must plan and execute a 50-hour Community Impact Project. Daniella decided to draw on her skills and knowledge from nursing classes for a project she hoped would improve the nutritional status of women and children in Kiziba Camp.

Donning her white lab coat, Daniella stepped into the center of a crowd that had gathered outside the Kiziba Camp health center. 130 women came to hear her speak about proper nutrition for their children -- about the causes of malnutrition, prevention and treatment.

At her second session, Daniella worked one-on-one with pregnant women and their husbands. Together they discussed the importance of good nutrition practices, and the consequences of poor nutrition on an infant and the mother. During the final session, mothers brought their children for fortified porridge and milk.

For two weeks Daniella led sessions like this, and conducted screenings to help with monitoring pregnant women. She also made home visits to further discuss challenges families faced and make sure children were receiving the fortified porridge she had prescribed.

Since her clinics, mothers have returned to Daniella to share with her the improvements in their children's health.

“I found that in my community there is still hope to develop,” Daniella said. “I realized there are people who can understand and practice what they have learned.”

Reflecting on her Community Impact Project, Daniella said leading her own nutrition program and screenings taught her how to be a better communicator -- the importance of listening, processing situations, and searching for sustainable solutions. Implementing practical skills from class in her own community reminded Daniella that her choice to work hard, persevere and problem solve, is enabling her to become a much needed leader in the camp, and beyond.

As one of Daniella’s neighbors said, “To build knowledge is to fight for peace." As Daniella continues to learn and use her knowledge, she’s showing her community they are not forgotten, in her eyes -- their lives and their health are indeed worth fighting for. 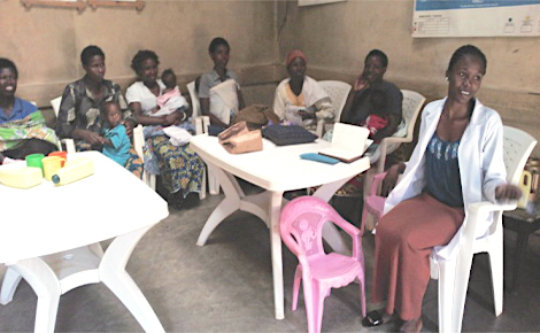 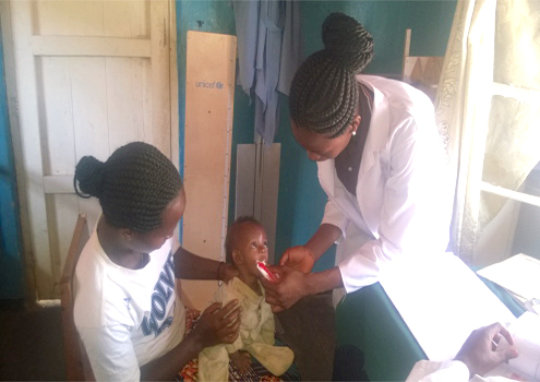 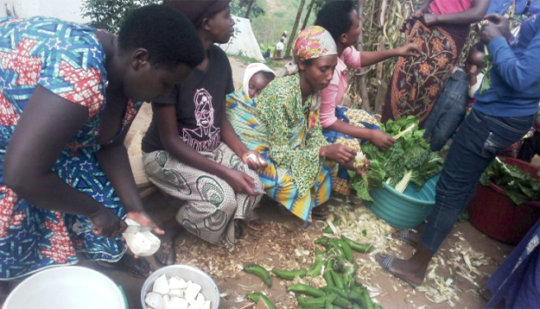 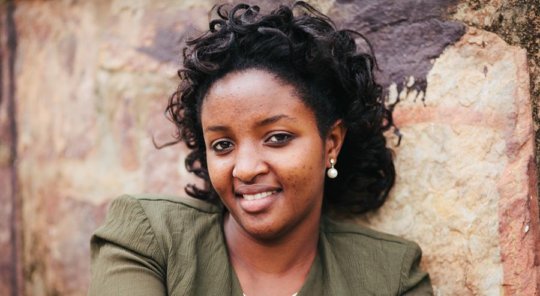 In Rwanda, bucura is the word for last born child. It can also mean cherished and beloved.

Jessica is a bucura -- the youngest of 7 children in her family. By the time Jessica’s older sisters were married, Jessica was only a teenager, but tradition said she was next in line.

Jessica wasn’t ready to think about marriage, though. Her dream was to go to University, to have a career that could help better her country.

When an invitation came to apply at a top leadership High School in Rwanda, Jessica saw it as an open door to the path she envisioned for her future. All she needed from her family was the bus fare to travel to the interview, but the response wasn’t what she hoped for -- “Isn’t it too much of a risk?”

Instead of being discouraged, Jessica kept studying. Her family took note and the decision was made that perhaps the risk was worth it -- Jessica would go to interview.

To Jessica’s surprise, she passed with exceeding marks. Her family celebrated their bucura, for they saw how her passion was leading her.

Jessica went on to became a top student at the leadership school, which eventually led her to become a University Leadership Scholar with These Numbers Have Faces. She was even chosen by her peers to be one of the Student Representatives of the program! Now in her final year studying Agribusiness at University, Jessica’s vision is elevate Rwanda’s economy through its rich agricultural resources. 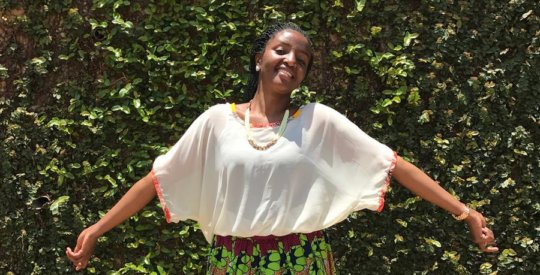 ‹ 1 ... 3 4 5 6 7 8 9 10 ... 18 ›
WARNING: Javascript is currently disabled or is not available in your browser. GlobalGiving makes extensive use of Javascript and will not function properly with Javascript disabled. Please enable Javascript and refresh this page.