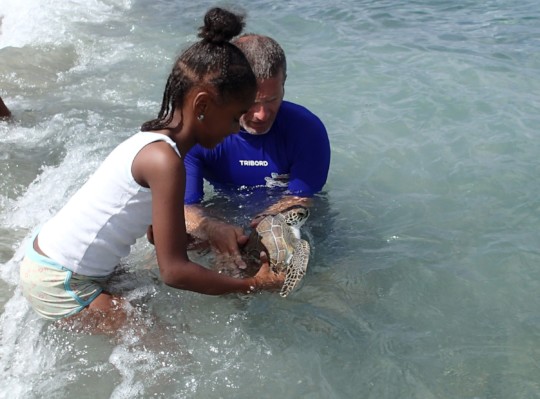 2017 was an eventful year for Sea Turtle Conservation Curacao (STCC). In May we received our offical NGO status. Before that we were active as a volunteer initiative that started in 2014. What originally started as a nest monitoring group, grew into an organization with a broad focus and an aim to protect sea turtles around Curacao. STCC is active in the fields of research, conservation, education and awareness.

Just after STCC was founded, Curacao was hit by an oil spill, coming from Trinidad and Tobego. STCC played a mayor role in the coordination of the clean up activities that followed the disaster.  Collaboration with government, other NGO’s, companies and volunteers led to a speady clean up at the affected areas.

During the nesting season 3 species of sea turtles were recorded to lay their nests on Curacao: Loggerheads, Green Turtles and Hawksbills. 4 routes were checked 3 times a week. Klein Curacao, Banda Ariba, Westpoint and Banda Abou. We had to do 2 relocations. One was of a loggerhead nest that was made nest to a concrete structure and where the mother had left the nest uncovered. The other was of a nest that was predated by feral pigs. Only a few eggs were unharmed.

We did not only focus on nesting population, be we also collected data about the juvenile turtles around our island. We use photo identification to gain information about resident and visiting turtles. We collected more than 7000 pictures and were able to identify 100 individual turtles. This helps us better understand and protect our populations of sea turtles.

With the help of amazing support from the local dive community we were able to place information signage at Playa Piskado. The information was mede available in 7 languages, to reach a broad group of people. For Klein Curacao an information sign is also in the pipeline.

We had to perform 32 rescue missions, to help entangled or hooked turtles. Three of these turtles needed vetarinary care. We registered 10 poaching cases. We were able to save six of the 10 cases. Furthermore we also lost 9 sea turtles to natural causes. Due to the storm Bret  they got stuck in the salina where they passed away.

Besides the cleaning that our volunteers do during their monitoring routes, we organized monthly larger clean ups. We started to sort the marine debris. All the colorful plastic that could easily be shreded was taken to Limpi. Limpi is a young company that makes articles from recycled plastic. With the plastic we bring them they make turtle buddy's. We sell them at dive shops.

We gave presentations for 5 groups and organized 5 turtle tours. With the help of 13 musicians we wrote and produced a song to create awareness about sea turtles and threats to oceanlife due to human behavior. This project still includes the production of a videoclip, but so far we did not find sufficient financial support to produce this video.

STCC furthermore is in desperate need of a good pick up truck. This is a basic necessity to efficiently carry out the monitoring, clean up and the rescue activities. We generated an amount that might be sufficient dor for a secondhand, but so far we have not een able to find a good alternative in the available pricerange. We will keep looking and maybe we will get lucky.

Thanks to a great number of contributions we were able to protect sea turtles and their habitat around Curacao. Without your support we could not have done this. So thanks again and we really hope we can count on your continued support! 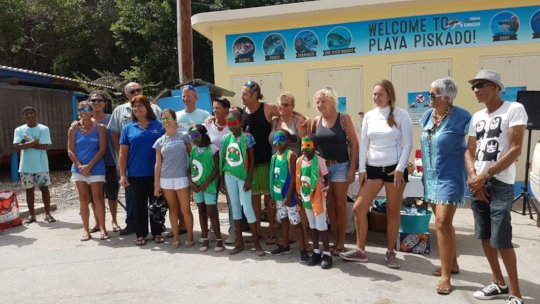 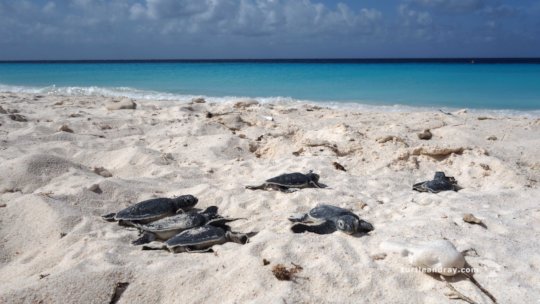 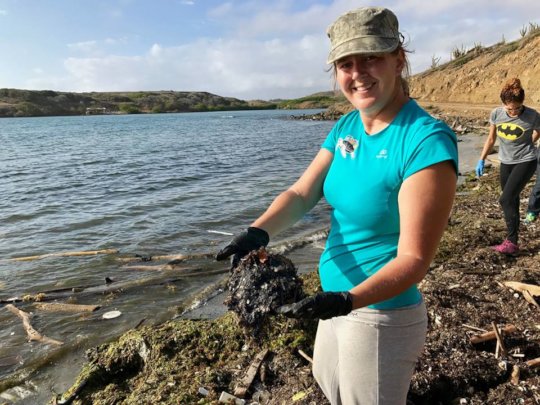 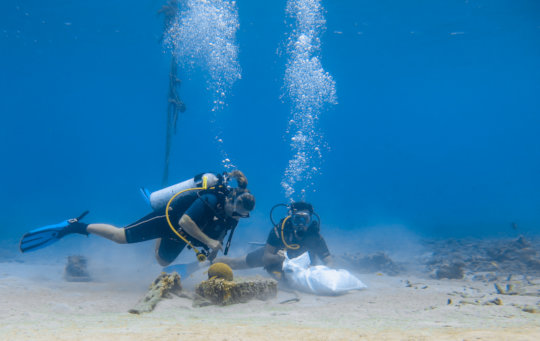 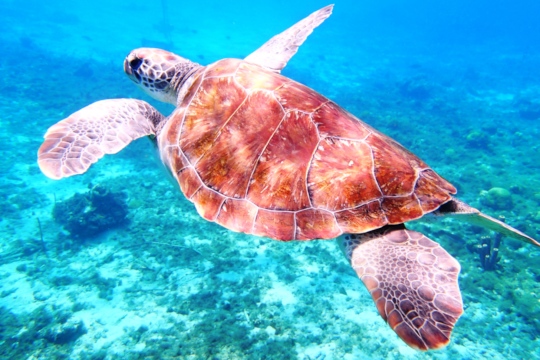 Boss one of our resident turtles
‹ 1 2 3 4 5 6 7 8
WARNING: Javascript is currently disabled or is not available in your browser. GlobalGiving makes extensive use of Javascript and will not function properly with Javascript disabled. Please enable Javascript and refresh this page.