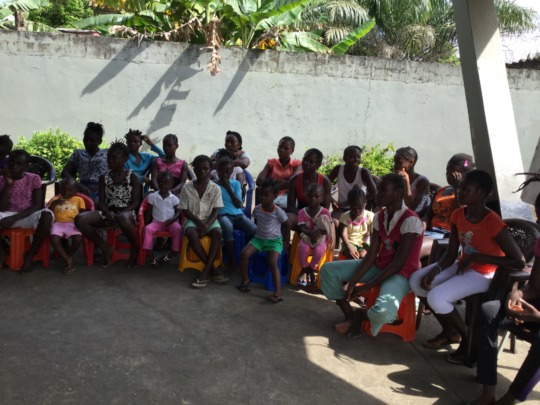 “Caring For Children Affected by Ebola”

After participating in a short term four-month training project developed and funded by UN/Government of Liberia Joint Program on Adolescent Girls,

The project helped girls to know their rights, participate in basic literacy, acquire business skills, life skills, learn about HIV/AIDS, Sexual and Gender Based Violence prevention and response and interact with each other using sports, music and drama.

In 2012, a 9 years old Fistula survivor was referred to THINK for Psychosocial care and support. She had received reconstructive surgery at the Phebe Hospital in Bong County (central Liberia), and her parents did not want to take her back into their home or in their community.

When we received the information, we started looking for a Foster family for the girl and after a month in the THINK safe home, she was placed with her new family. THINK has provided school assistance for her and she is now in the sixth grade and doing well in school, at home and in the community. Her biological parents came only one time to meet the Foster family.

This little girls and many others like her, are appreciative of donors and partners of UNFPA for putting a smile on their faces again as they learn to become productive citizens of Liberia. 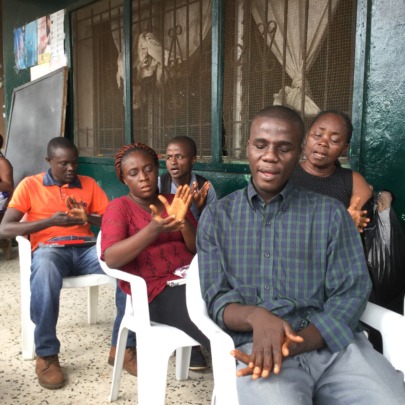 In June 2016, 23 girls were selected from Public Schools that had Peace Corps teachers, the Advancing Youth Program of USAID, girls from Gbalatua Mission School, Bromley Mission School and Ricks Institute, and Touching Humanity In Need of Kindness (THINK), Inc. These girls had the opportunity to hold a Round Table Discussion with the American First Lady and tell her their stories personally. A Documentary was made of the daily lives of 5 of the girls, one of whom is from the UN Women/THINK Adolescent Girls Project of the JPAG in Bentol City, in the person of Janet Jackson, 17 years old of the Frank A Tolbert Jr.& Sr. High School. The other two girls are: Joletha Joe, 17 years old, also of the Frank A. Tolbert Jr. & Sr. High School and President of the Adolescent Girls group in Bentol and Alice N. Mulbah 19 years old, of the LEELA Girls Drop-In Center and THINK Rehabilitation and Empowerment Home.

The girls were briefed and prepared for the Round Table Discussion by Journalist, Isha Sesay of CNN and Freda Pinto moderated the session with the First Lady. For some of the girls, it was their first time riding an elevator at the Peace Corps headquarters.

As if that was not enough for an experience of a lifetime, we were notified by the Public Diplomacy Officer at the US Embassy, Monrovia, that Mrs. Obama invited the girls she met and who participated in the documentary to attend the Premier of the documentary, “We Will Rise”, at the White House in Washington, DC on October 11, 2016 “The International Day of the Girl Child 2016”. The 23 girls from Morocco and 23 girls from Liberia spent one week in Washington, DC as guests of Mrs. Obama.

All travel arrangements and travel documents were prepared and the girls passed their visa interviews on Friday, September 16, 2016. They left Liberia on October 7, 2016 and return on October 14, 2016.

We take this time to thank all of you, our faithful donors, partners and supporters!!! 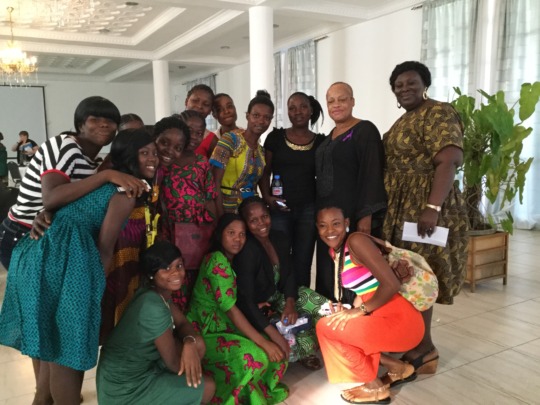 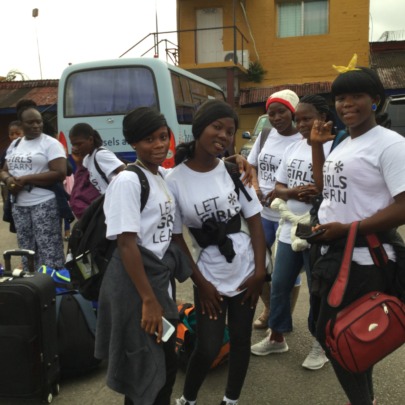