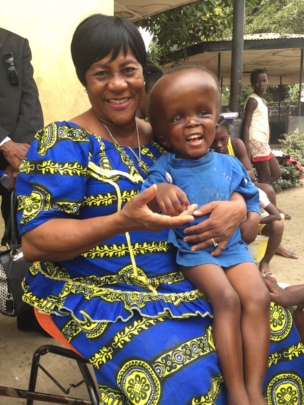 The THINK Juvenile Transit Center for Children received this little boy from the Women and Children Protection Section of  a local Police Station on February 14, 2017. His parent (s) got tired of caring for him and abandoned him at the Police Station. We took him for medical and surgical assessment and were told that nothing could be done for him in Liberia.

In December, the THINK Safe Homes received visitors from the United States and Canada, ladies that grew up as children, with our Executive Director, in Monrovia. The women made it their business to inquire at the ELWA Hospital (a faith based hospital recently constructed by Samaritan's Purse. THINK was informed that Dr. Jerry Brown, our Ebola Hero, could perform the surgery there at ELWA Hospital!  We received donations and the child had his surgery performed on February 2, 2018 and now back home at the THINK Safe Home. He is a very happy child and recovering well.

THINK Liberia and our beneficiaries extend heart felt thanks and appreciation to all of you our many donors and partners for your contributions. 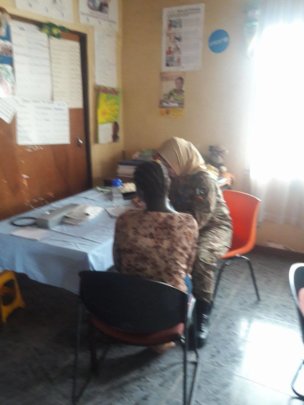 Because of preparations for the Presidential and Legislative Elections that took place in Liberia on October 10, 2017, we did not have the national observance of the IDGC as we usually do. This year however, THINK was engaged in conducting Civic and Voter Education targeting first time voters and bringing out issues that affect the Girl Child in Liberia. Girls who would be 18 years old by voting day were sensitized to engage candidates running for seats in the 54th Legislature to see what they would do to ensure that the Manifesto developed by girls be implemented.

We conducted awareness in 12 communities in District #9, Montserrado County, in increase women and girls’ political participation and due to this awareness using the UN Women Fact Sheet, the female Representative in that diustrict was re-elected, thereby retaining her position in the House of Representatives.

THINK has been working with 10 communities helping community members to develop action plans on how to prevent Sexual  Exploitation and Abuse of children, especially young girls in their homes, at school and in their communities. This project is funded by UNICEF. Our achievements in this report are:

The Day of the African Child was observed in Liberia and we raised attention of stopping Child Marriage. The Planned Parenthood Association of Liberia (PPAL) held a special program in Monrovia where a Manifesto was presented to one of the female legislators to ensure that girls are protected from Forced and Early Marriage. The Ministry of Gender, Children and Social Protection held the national program in the port city of Buchanan.

Schools have closed for the 2016/2017 academic year. 20 children benefitting from school assistance all passed to the next level of their education. We have one visually impaired student graduating this year.

Thanks to our committed supporters for keeping our children in school!