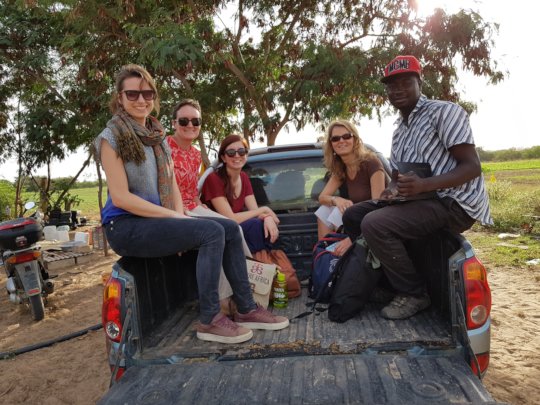 What is a GlobalGiving Evaluation visit?

GlobalGiving project evaluators visit projects to complete in-depth organizational assessments and ensure donations are used responsibly. The assessments help GlobalGiving Partners to promote their work to new audiences, access relevant professional support and improve their effectiveness for the long term. During the visits the evaluators conduct interviews with staff members and volunteers, identify training and support needs, ensure a good assessment of a project’s transparency and effectiveness and much more.

It was with great pleasure that we welcomed GlobalGiving Evaluators Anna Maria and Isabella to Saint-Louis last week. A very full but varied schedule had been drafted alternating in depth discussions on topics like governance, finance and fundraising with field visits to see the work and meet with beneficiaries, partners and other stakeholders.

For the “Capacity Building Project for Young Entrepreneurs” Anna Maria and Isabella visited the cooperative located at the University of Saint-Louis. They talked with beneficiaries who shared their hopes and challenges. “We are so grateful for having been given this opportunity to build our future. Unlike some people I know who had no alternative than to take a boat, hoping to make it to Europe alive.” one of the boys explained. They also met with the project manager Ousmane, the technical advisor Khadim and visited the crèche that has allowed the young mums in the project to remain committed.

We also took them on a family visit to meet Babacar and his mum. Babacar had left the cooperative early on after having been selected for a government- funded scholarship to continue his education in the agricultural sector. As the training center’s Director Mr Diop also told the evaluators, Babacar is doing very well and if he continues this way, his future is wide open. Babacar’s ambition is to continue his studies all the way up to the BT (Brevet de Technicien) and to start his own enterprise.

Quote from the Evaluators

“We visited Aspyre Africa's projects in Saint-Louis and carried out an in-depth evaluation of the organisation over the course of four days. During this visit, we were impressed with the strong relationships Savina and Veronique have built with local NGOs, businesses and government. Most of all, it was inspiring to see the impact the work of Aspyre Africa is having on young people in Saint-Louis, by building their confidence and providing them with the tools to access sustainable, fulfilling careers. We wish Aspyre Africa all the best in continuing their amazing work and we hope that others across not only Africa but other continents too will recognise the value of the model they are building.”

As we have managed to secure funding for this project from alternative sources, we will shortly be closing this project page on GlobalGiving. We will however soon be launching an "End of year campaign" to support the next cohort of students. More information will follow soon. We sincerely hope you will continue to support our work in Senegal, and help us provide more vulnerable young people with access to quality vocational training and secure livelihoods. 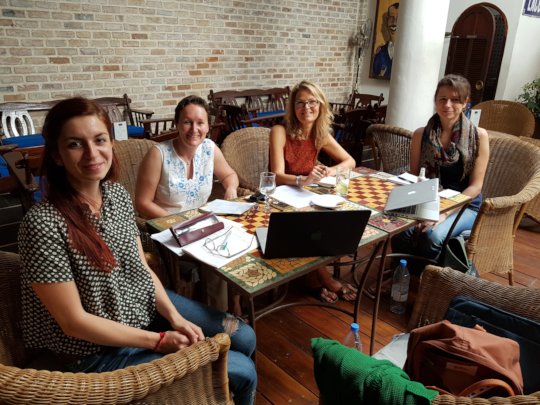 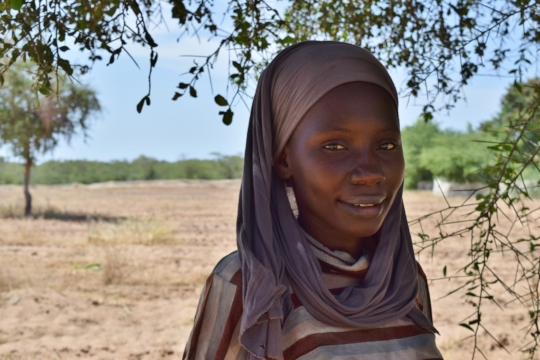 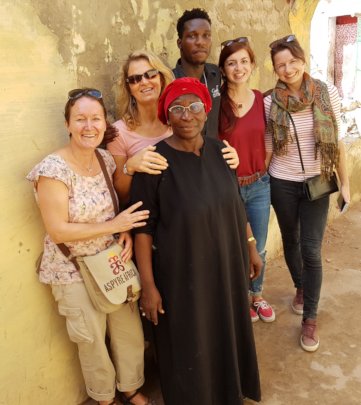 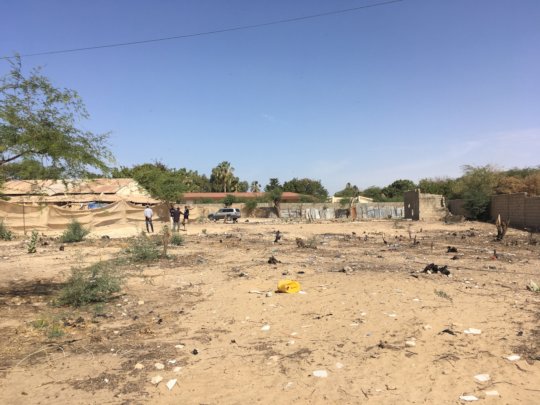 I am writing this report while packing my bag to travel back to Senegal tomorrow.

Since our last update, the negotiations to secure the land needed for the chicken farming project carried on, and culminated in the signing of a very exciting 4-way partnership convention between Aspyre Africa and:

The land is ideally located right next to the CIPA but also within walking distance for all the talibés.

For this upcoming trip, I have meetings lined up to secure the local support we need to build a chicken run for up to 500 chickens. Until the convention was signed, it was impossible to follow up on any leads. This trip will no doubt help us make major steps forward with the project. Do stay tuned for the latest developments via our social media channels.

Meanwhile, following the success in training the first cohort of talibés at the CIPA, we are already in talks regarding the training of further and larger cohorts. Most encouraging is the interest the “government fund for vocational training” has expressed in these projects. This is a great first step towards the sustainability we are aiming for.

Looking forward to writing more in our next report!

Warm wishes and thank you for your continued support. 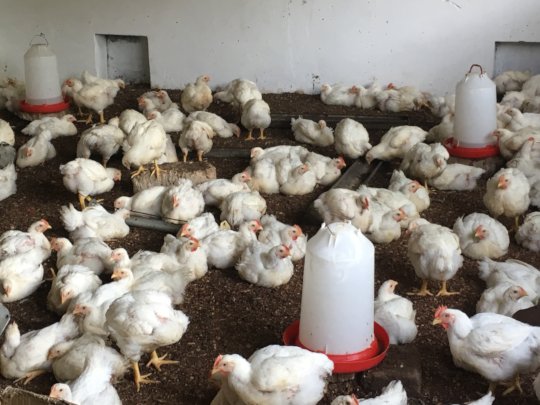 The chickens raised during the training 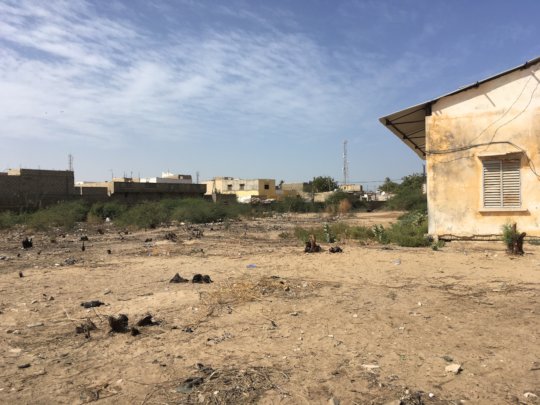 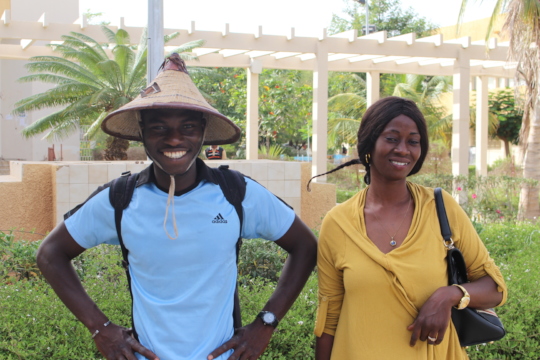 The Young Horticulturists of Saint-Louis had great hopes for their onion harvest, only to realize that they still have much to learn. Despite all the hard work and putting into practice everything they had been taught, the variety of onion chosen suffered from the sustained heat. In addition, as the size of the cultivated area increased significantly, the pressure hoses did not provide sufficient flow to water the whole field. As the onions needed a lot of water in the beginning, this water deficiency negatively impacted the final production. The harvest consisted of only eight bags, which was a severe blow for our young entrepreneurs.

«A lot of work had to be done to keep the young people motivated as well as reassure their families, but with Khadim Diouf, the young agronomist working for the Gaston Berger University now confirmed as main technical advisor, all seemed reassured. With proven expertise in cultivating on a large scale on the same type of soil, he was the best candidate to guide the young people through a complete revision of their cultivation methods and calendar. » (Ousmane Ndiaye, Project Manager)

The first proposal Khadim made was to change their irrigation system into « furrow irrigation». While this required finding a grader to level certain parts of the ground, a tractor to plough the whole plot, as well as someone to train them on how to make ridges, this system could propel the production by providing better irrigation with reduced physical effort. Oumar, a specialist in handmade ridges, showed the young people how to dig irrigation canals for a quick and abundant irrigation of the cultivated areas.

"If we had knowledge of such an irrigation technique before planting the onions, we would not have had those water constraints that we experienced" observed Youssoupha Basse (the current president of the cooperative). To which Khadim replied with this old wolof adage: «Good days give you happiness and bad days give you experience ».

The second proposal Khadim made was to plant 4000 seeds of a big variety of watermelon and 25000 seeds of a hybrid cabbage, two short-cycle vegetables (3 months) and both very profitable. While the irrigation system was being overhauled, the cabbage seeds were sown in a seed bed under the strict supervision of Khadim. The seedlings are growing well. Meanwhile, the area intended for growing the cabbage is being irrigated frequently. With the price of cabbage at its highest point from now until December, this crop should allow for a considerable profit.

Khadim has now set up a cultural monitoring plan with the young people, which they must respect scrupulously in order to achieve the results they want. It is clear at this stage of the project that the young beneficiaries have gained a lot of experience as they were confronted with a reality that was totally different from what they had experienced during their training. What is also clear is that without the support of our project manager Ousmane and technical advisor Khadim more than one might have given up. But as they overcame their challenges, they know they have made major steps forward and will soon truly reap what they have sown.

We are delighted to announce that we are finalists in this year’s GlobalGiving Photo Competition.

Please vote for our picture and help us compete for the $1,000 grand prize.

Sign up for updates and your vote will count 3x! 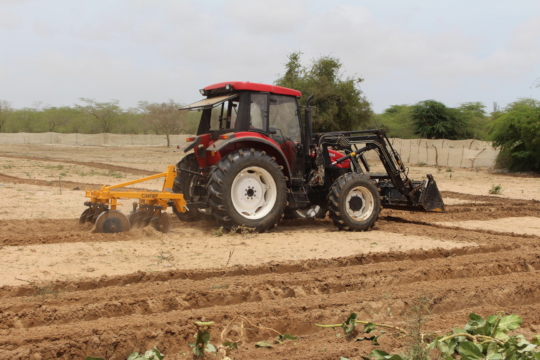 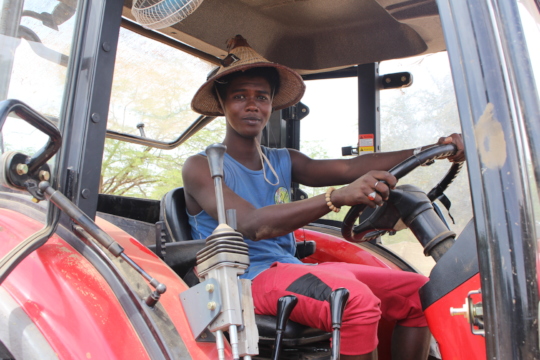 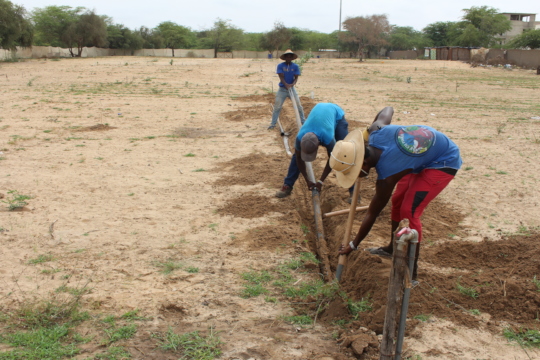