A Home to Grow Old In: Thelma's Happy Tail 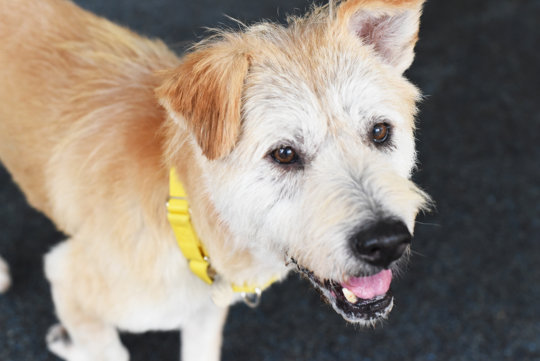 Last August, the ASPCA and the NYPD rescued Thelma from unspeakable cruelty in Brooklyn, New York. At nine years old, the Soft-Coated Wheaten terrier was underweight, undernourished and in fragile mental condition. Not only was she incredibly fearful around people, but she was also suffering from mammary tumors and dental pain resulting from neglect. At the ASPCA Animal Hospital, Thelma underwent an operation to remove the masses—which were fortunately benign—and had to have 12 teeth extracted. She remained in the hospital for nearly two months.

By late September, Thelma had recovered enough to be transferred to the ASPCA Adoption Center to begin her search for a home. We worried that given her age and anxiety, the shy senior dog would have a difficult time finding an adopter. The poor girl had already suffered so much, and we wanted nothing more than for her to wind up in a happy, loving home. Thankfully, we soon met Rachel and Sam.

Rachel and Sam are both avid dog-lovers who grew up with pets. After moving in together last year, the couple quickly decided that it was time for a dog of their own. “We knew how greatly our quality of life would be improved with a canine addition,” Rachel says. She began searching on the Internet, and that’s when she came across Thelma’s photo and bio in the “Adopt a Pet” section of the ASPCA website. “I instantly thought she would be a good fit.”

At the Adoption Center, Rachel says that they were immediately smitten with Thelma. “She was very mellow and sweet,” she recalls. “We knew that she had come from a tough situation, and loved the idea of providing her with a comfortable environment to grow old in.” The couple was also moved by Thelma’s “expressive face” and felt that there was something special about her. “Once we met her, we couldn’t imagine not having her,” Rachel says.

So it was official: On September 24, after a lifetime of waiting, Thelma was finally going home.

Rachel admits that it took a bit of time for Thelma to adjust to her new life. Given her history, this came as no surprise, but the situation was exacerbated by the fact that Thelma was still on medication from her dental work. “It was a lot of change at once,” Rachel remembers. “We could tell she just wasn’t feeling very good. But as she learned that she was now in a place where she would be fed every day, cared for consistently and loved unconditionally, she showed facets of her personality we had no idea even existed.” As it turns out, there was a playful, goofy dog just beneath Thelma’s shy exterior!

As time went on, Thelma continued to grow by leaps and bounds. Rachel says that she even goes on short runs with Sam, and that when they come home from work, “she literally busts down the door and runs laps back and forth down our building’s hallway.” Now when approached, Thelma wags her fluffy tail, and its rhythmic sound has earned her the nickname “Thumper.”

It’s amazing what a difference a loving family can make, and we hope that Thelma’s story inspires others to open up their heart and home to an older pet. Rachel says, “We know that since Thelma is an older girl, we will not have as much time with her as we would if we had adopted a puppy or young adult. However, she is the perfect fit for us, and it is our hope that we provide her with so many good memories that eventually they are all she remembers.” We’re pretty positive that for this once-neglected dog, Rachel and Sam’s love is the highlight of a lifetime.

THANK YOU! Your support through GlobalGiving has raised over 28 thousand dollars to help shelter pets like Thelma. Our lifesaving work would be impossible without the generosity of friends like you! 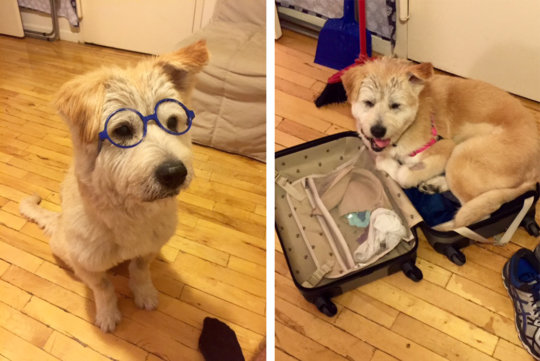 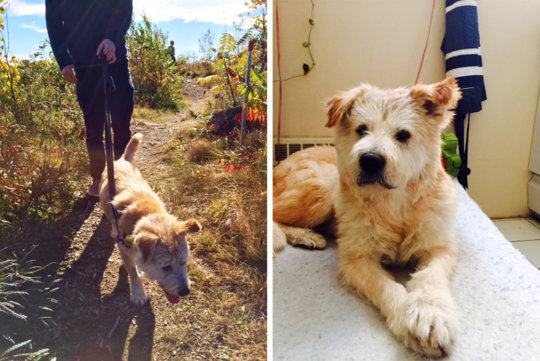 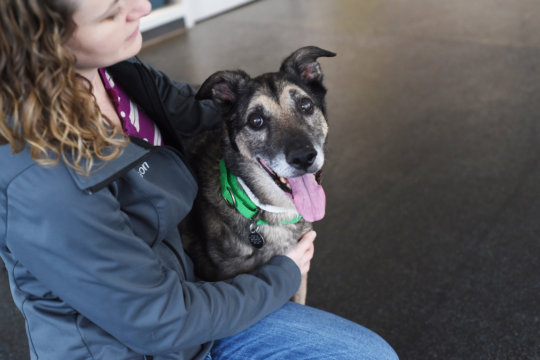 Hi! My name is Hunter.

Hunter was originally seized by the ASPCA’s Humane Law Enforcement department in 2005. He was soon adopted and spent many years in a loving home, but when his human (a senior himself) became ill, he found himself back at the ASPCA’s Adoption Center in January 2016, at the ripe age of 12 years.

Hunter has severe arthritis and requires joint supplements and non steroidal anti-inflammatories for the rest of his life. Typical of an older dog, the lenses of Hunter’s eyes have started to become gray-- He can see, but may have a mild trouble visually focusing, particularly at night. Sweet Hunter also had a recent episode of geriatric vestibular syndrome (vertigo), which caused him to be very dizzy. He would sometimes fall or be unable to get up. Thankfully he recovered from this, but it is likely to recur at unpredictable intervals. He still has a little left head tilt and may stumble or fall if he tries to move quickly, but it does not cause him discomfort. With every recurrence, it may take longer for him to recover, and he may eventually never recover. Our greatest wish for Hunter is to be in a loving home for whatever quality time he has left, which could be for weeks or months.

Because it typically takes a long time for senior dogs with special medical needs to find homes, the ASPCA selected Hunter as a candidate for the “fospice” care program in the home of one of our dedicated volunteers.

“Fospice” homes are part foster, part hospice. Fospice volunteers open their homes and hearts to animals who may not be medically healthy enough for adoption, but still need special care and attention in a warm and loving home. The ASPCA covers all medical expenses for foster caregivers (including medication), as well as food, equipment and supplies. Foster caregivers only need to provide their home, attention, and love. To learn more about fostering with the ASPCA, visit https://www.aspca.org/take-action/volunteer/fostering-aspca

Your donation to Marnie’s Old Pals helps support the special needs and medical care for senior dogs just like Hunter. On behalf of Marnie, the ASPCA and all of the animals in its care, THANK YOU for your generous support! 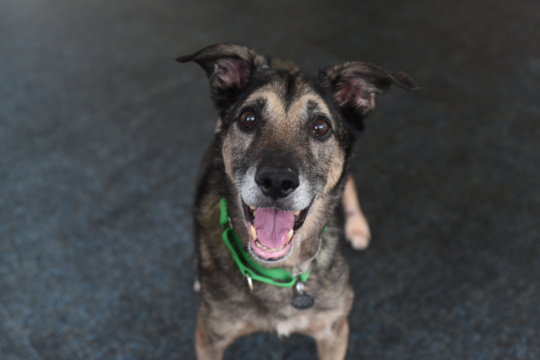 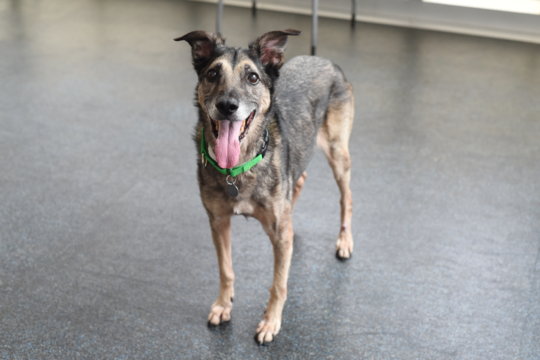 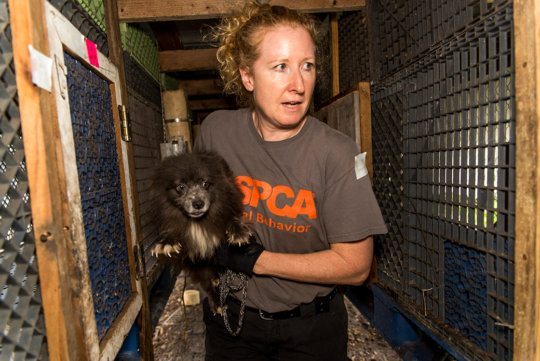 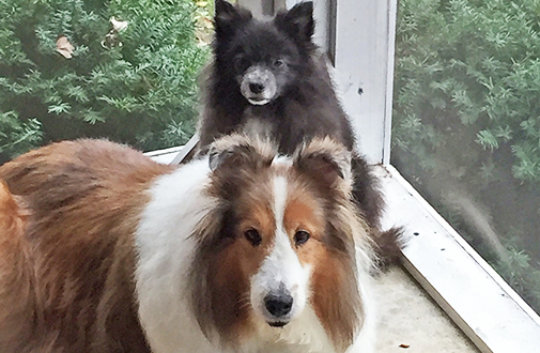 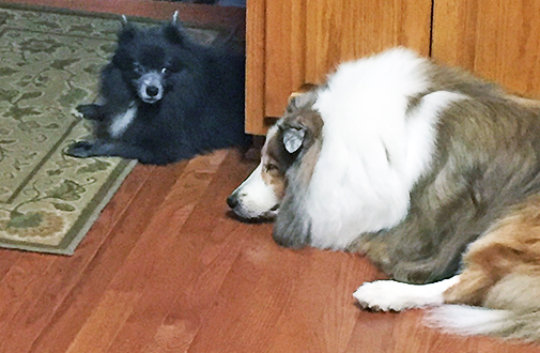 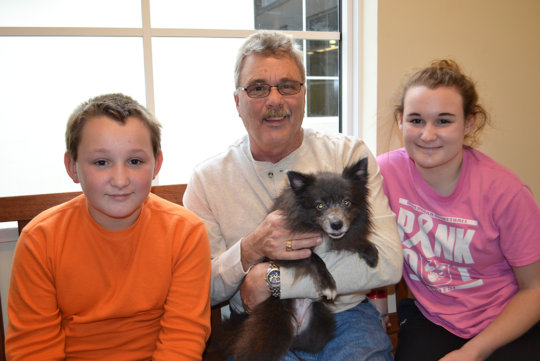