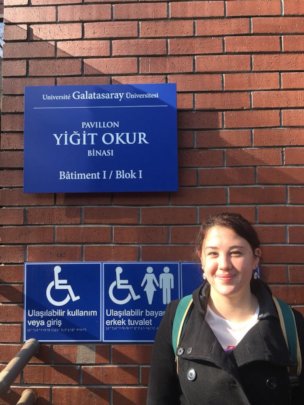 As you know, we have just launched a new project called "Education is Power" that aims to provide scholarship for girls, most importantly to make their dreams come true. Purpose of scholarship is to empower girls by removing the financial burdens associated with going to, surviving in and graduating from university. Foundation with its partners is supporting 25 girls at this moment. The goal of this project is to increase this number to 200 with your pricesless support.

We do not want to say to much and leave the floor to a student who is one of our succesfull girls, she wrote this letter with her own handwriting in Turkish, we translated by using google translate. This is her story ;

"I am a student and this is my story. I was born in a small town of Denizli which is called Buldan, where people live in traditional life.I started primary school in Buldan.  When I was in 6th grade I took the first major exam that would affect my life. But I was only eleven years old and I did not realize it was a test that would affect my life. My exam results was great. Then I realized that the result was the award of my studies. I took exams at 7th and 8th grade, but that time I was experienced and had discovered the happines of being successful. Due to my exam results, I was accepted to the best high school in Denizli.The idea of going out of the small town and going to a school in the city center initially scared me. Because I had to leave my home and stay in the student hostel.I've never been out of town alone before.

Over the time my fears have passed, and as a girlI have felt the power within me. I learned that there is nothing better than doing what you really want to do. At the same time I discovered new feelings and new powers inside of me. The town I was born is very small. Women live under oppression and  most of them are uneducated.I did not want to be like them. I discovered the power and potential inside of me.I enjoyed the happiness of fulfilling my own desires by getting rid of all this. My point of view has changed. I did not have a role model like mother in my teenage days becuase they are divorced when I was at 2nd grade. I have decided not to see my mother for some reasons. I am very happy to fill in this gap by studying, even though these are the factors that ruined my childhood. I was with my father until the 8th grade.My father tried but could not support me because he was not well educated. So, I had to deal with all my problems all by alone but I had made a decision to deal all of it but not to tell anyone ; my solution is to work very hard.

Anyway, I got out of Buldan and made my own road map, without any guidance.  Later on, I got  a good education in science in Denizli Aydem Science High School. These periods were not easy either. I think I've been programmed to live just for studying and to overcome for my problems. At the same time, as I was studying for the university entrance exams while I was in the high school last year, I went into the fuss that my father would be left alone when I to go to university. My father is the same and he decided to get married. This was a big fight for me. I lived alone with my dad for 10 years. As a daughter like all girls, I was in love in with my dad, anyway he got married while I was in 12th grade.

But of course, I was in different moods. Because people can not get rid of their habits quickly if they had them for many years,  I have already learned that. I could not feel comfortable at home any more and feeling strange like my dad.  At the end of these periods, eventually I finally got Industrial engineering faculty of Galatasaray University which is my target.  As a woman, of course I have heard the following sentences: "You are a girl, why you want to have a job like engineer", "you could earn more money if you become a doctor", "you can not live in Istanbul, you are a girl". I always said to myself: 'How traditonal is their opinion.' While I was expecting some respect from them or waiting for the congrat for my success, this was the way how people shown their support .

A woman could not live in Istanbul alone, I did not care. A woman could not read engineering, I did not care, everyone should be a doctor, I did not mind that. This school is French, how you do it, you can not, I did not mind. I said that man has a learning ability. I mean, he came out of one of my ears. Where am I after the rhetoric? I am a first-year student of industrial engineering at Galatasaray University. Again as a woman I opposed the usual views and increased my point of view a little more. I came to Istanbul in 2016. The new school will create a new me. I started. I first learned French. I already admire that it was a craving for me to learn. I've had the opportunity to learn it from French people for a year.

Of course, the other universities were not like the preparatory class. I had to work again. But I was so happy that I reached the target and destroyed the tabular so that this difficulty did not impress me much. Anyway I learned French. I'm in first grade right now. All of my teachers and lectures are French. I am forced, but I think I have reached myself. My next goal is to be a very successful woman in my profession. I even want to be a role model for people. I want to improve my English and French. As a woman, I will also advance in the direction of my goals without listening

Besides all I lived, I met with Buldan Education and Solidarity Foundation  when I was 12. Grade. They are always with me both with their financial and spiritual support. By their support, I believe that I will  reach my goals soon… 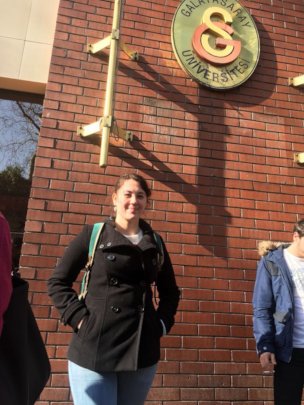 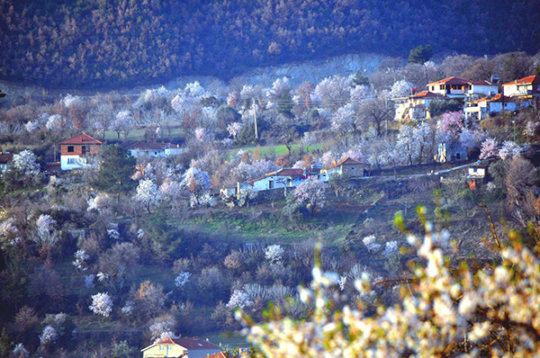 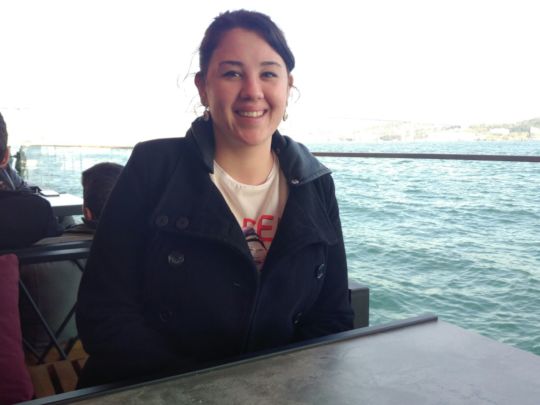 Message from Mehmet Can 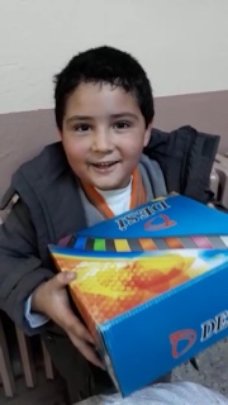 Our project is almost come to end. With your support to this project, we bought 40 stationery items,  40 school uniforms 244 winter coats, 172 winter boots.

We are sending you our endless gratitude on behalf of the entire team and our children for your support. When we heard the words of Little Mehmet Can told us , we have forgotten all our tiredness. I could not enclosed the video to this project report, I just add his picture with his boots. He is saying that "this is the same with what I dreamed of , its beatiful, thank you very much I am Mehmet Can".

I think you will be very happy to see his smiling face as well.

Where we were yesterday ?

By Meryem Salman - President, on behalf of Buldan Foundation Board 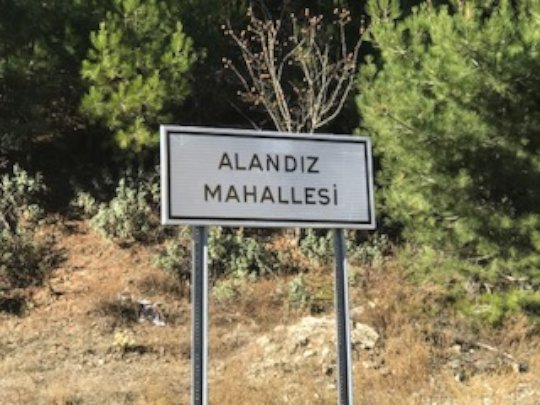 Yesterday we were in Alandz which is a small village in Buldan. If you ask why we were in there, Alandz is on the mountains and winter has just started in this part of Turkey. It means, weather is cold. As we promised to you, we bought  winter coats and boots this week and  we have chosen Alandz as our second school. Three of us went to Alandz school to deliver our gifts to students.

I said our gifts, because yesterday was Natonal Teachers day in Turkey and we told them these gifts are for their teachers . At the beginning they were suprsed because they have already seen the coats and boots that are small and they have only three teachers but we have 66 boxes. Later on we explained them that boxes are for them but after they opened the boxes, their smiles will be their teachers gift for the day.

You will find some pictures enclosed this e-mail which are only for your eyes and files only, we do not prefer to share these pictures in social media in order to respect their privacy.

Thank you for your support for our project. 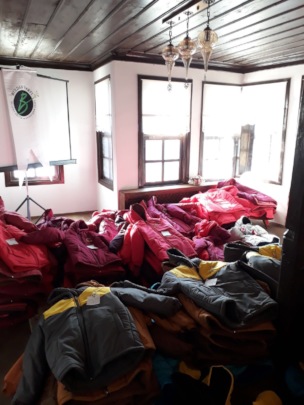 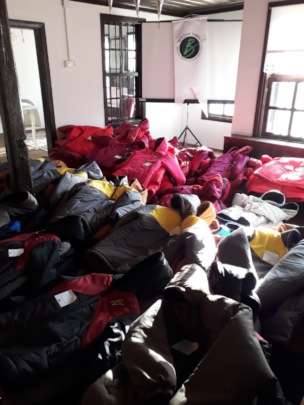 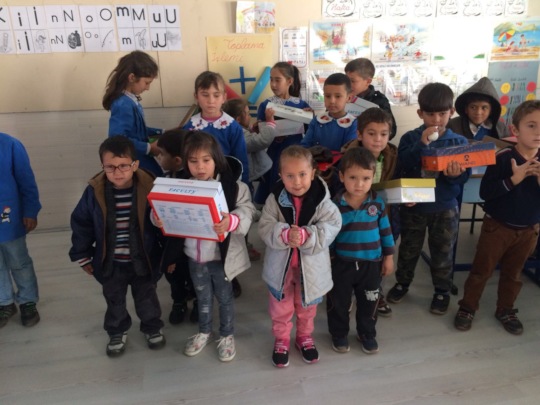 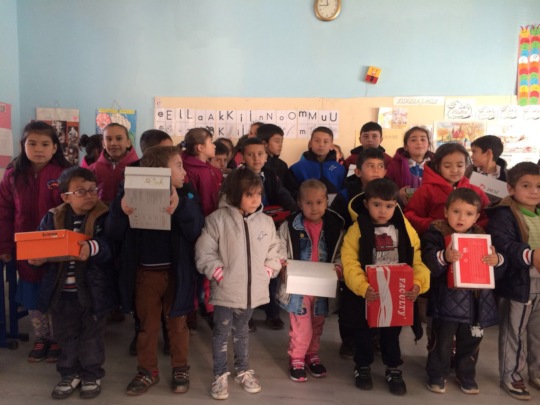 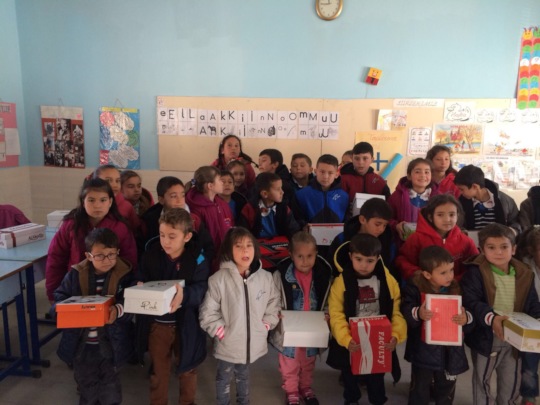 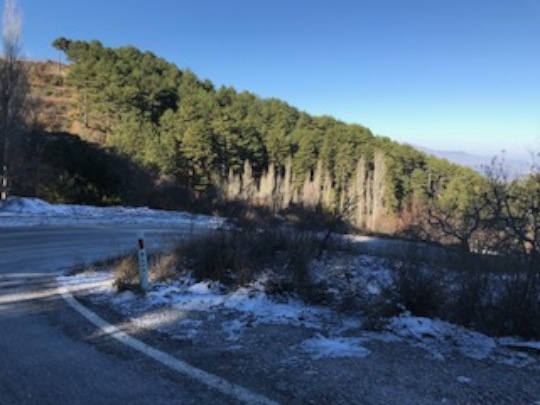 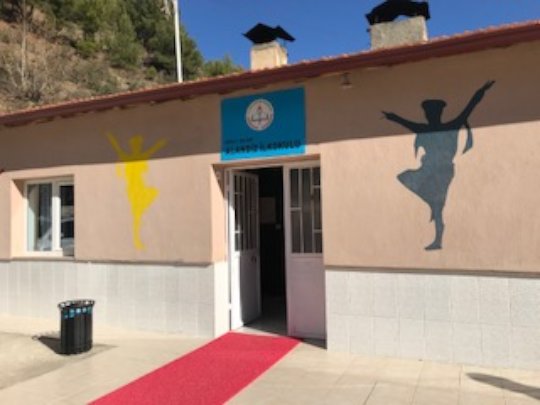 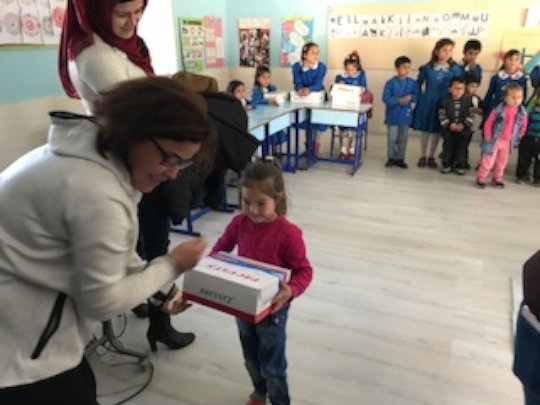 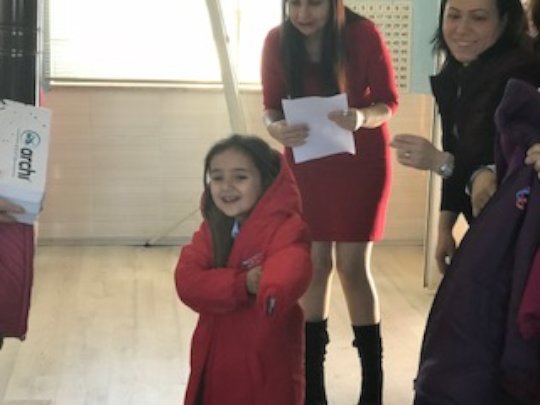