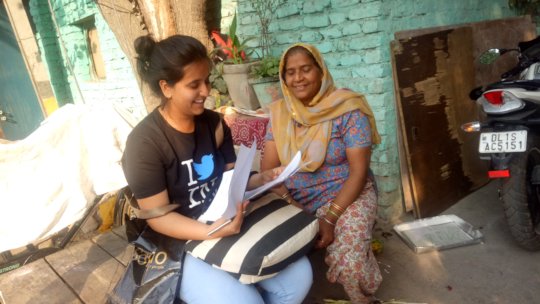 Our teams on the ground have been very busy during Women's Month in March.

In Mumbai, we did several events to educate people on the Prevention of Sexual Harassment of Women at the Workplace (POSH) Act. These were conducted as a panel discussion for Feminist Rani which had about 20 people in the audience and was live-streamed to 100 more, a session at the British Council for the Chevening Alumni community with further reflections on how the alumni can push the needle on the topic and the last was an interactive session at the US Consulate Mumbai's Dosti House with 60 NGO and corporate HR managers on helping them understand the Act and implementation of it within their organisations.

Our young team in Delhi was busy with 2 activities - a community based campaign in Sanjay Basti and at a fest on Hans Raj college campus.

A social experiment was conducted by the Delhi Safecity team at their stall at LP area, Hans Raj College, Delhi. The aim of the experiment was to illustrate the gender pay gap. The experiment targeted about 90-100 college students who visited the stall. The experiment was conducted in a way that a boy and a girl sold lemonade. For the same quantity and quality of the lemonade sold, the girl was paid Rs. 10 and the boy was paid Rs. 15. Out of the people who visited the stall, 45 people were not interested to know the difference in the two prices or didn’t notice the same. 55 people did notice the difference in the price and questioned about the same. 33 of those 55 guessed it right and commented on the problem of wage disparity. They agreed that the majority of the companies pay higher wage rates to men than to women for doing the same job. They pointed out that women are underpaid and the pay of labour is more for men than women. Other 22 people made different remarks such as the fewer job opportunities offered to women. They mentioned that women usually don’t get what they deserve. Some also pointed out that the price difference was to encourage the people visiting there to buy from the girl and to empower her. One of them found selling the same lemonade for a lower price because she’s a girl as absolutely ridiculous. We concluded that not many of the people could understand what we wanted to depict through our experiment and could give their views about gender pay gap only after we told them about our experiment. Although some did feel that this wage disparity reflect the gender discrimination and discussed the same with their friends but some of them didn’t bother to ask about the different prices and were quite disinterested to know about the same.

It was a great experience for the Safecity team and we are looking forward to conducting several other social experiments!

These activities highlight the need to continue the conversation and education around sexual violence and gender equality. The more we talk about it, the less taboo it becomes and the more we can make it easier to break the silence.

Through our work, we engage several youth through volunteer opportunities and track their leadership journeys. We do capacity building sessions for these Campus Ambassadors who in turn reach out to educate other youth. Vanshika Deswal our Delhi Campus Ambassador says, “When I joined Safecity a year and a half ago, I never knew how much different of a person I would become- brave, independent, outspoken and more aware about my rights. I recently got a text message from my senior from school who appreciated me and how I became a more opinionated woman in these years."

Thank you so much for investing in our work. Be sure that your money is being well spent in the community and college campuses to make them safe as well as investing in youth to be "Ambassadors of change". 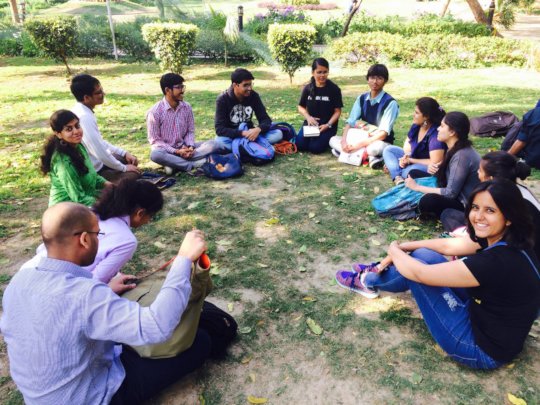 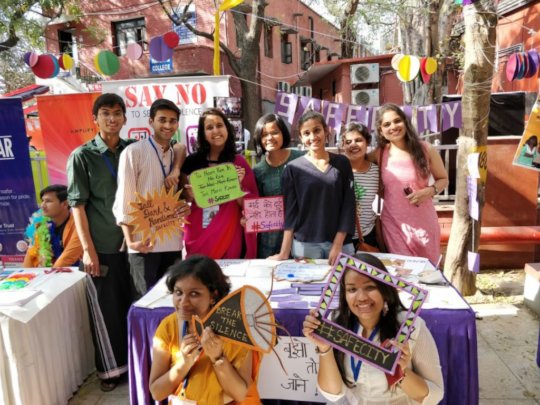 Attachments:
‹ 1 2 3 4 5
WARNING: Javascript is currently disabled or is not available in your browser. GlobalGiving makes extensive use of Javascript and will not function properly with Javascript disabled. Please enable Javascript and refresh this page.