Roger and Kiera: A Story of Friendship and Change 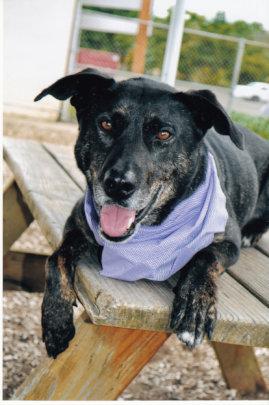 Roger immigrated to the United States with his family when he was seven years old. His parents were hoping to start a new life in the United States and provide Roger with more opportunities. Roger struggled to adjust to life in his new home and had a hard time learning English. At school, his peers taunted him with racial slurs, and Roger began to get into fights. When called to the school office, he did not know what the principal was saying to him, but he knew he was in trouble. His father would spank him to try to encourage better behavior in his son.

Roger eventually decided he had enough and dropped out of high school his freshman year. He began living with friends and working in construction. He rebelled against his family, angry that his father never gave him the kind of love and attention he saw American kids receiving from their parents. Roger’s next few years consisted of drug use and fighting. One particular fight landed him in county jail, and upon being released, the parents of the boy that Roger had assaulted decided to file charges against him. He was charged with assault level 2 & 3 and ended up in MacLaren Youth Correctional Facility for 36 months.

Then there was Kiera—the dog that helped change Roger’s life. Kiera did not pass any of the tests to find her forever home and became a “lifer” at Project POOCH. Before coming to the shelter, Kiera had been chained outside for her whole life and used as a guard dog. She was very thin and malnourished when she first came to Project POOCH, but somehow she was still able to give Roger the love and attention that he felt he had been lacking for his whole life. Roger started to bond with Kiera and really enjoyed walking her around campus. In addition to working with Kiera during his time at MacLaren, Roger also participated in drug and alcohol treatment, earned his high school diploma, and started woodworking.

As Roger approached the end of his sentence, he felt excited to re-enter society with all his newly acquired skills, but he couldn’t help but worry about leaving Kiera behind. Joan, the founder of Project POOCH, made a deal with Roger. If he stayed out of trouble, she would bring Kiera to a mutual meeting place for a visit every so often.

Indeed, Roger followed through on his promise, not only staying out of trouble, but also attending a two-year college and working a part-time job. Project POOCH was able to pay his first-term tuition and also provide him with books for his classes. Roger made amends with his family and began attending church with his father again. One time, Kiera even spent the night at their house! Roger ended up meeting his wife at the church, and they are both thriving and looking forward to spending a lifetime together. Meanwhile, Kiera is enjoying life in her foster home and still gets to meet up with Roger.

The Power of the Human-Animal Bond 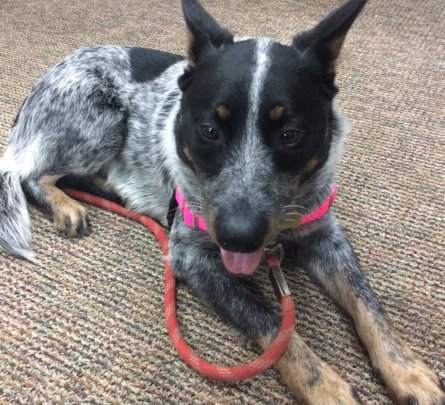 Jack, a former Project POOCH youth, grew up in the foster system and went from home to home, never learning to fully trust people. While serving his 70 month sentence at MacLaren, he discovered Project POOCH and a new found hope: "I loved dogs. They were the only ones I had ever trusted. They didn't care who I was or what I did. They loved me no matter what. So working with dogs sounded good to me. I thought it would be a great outlet. The dogs wouldn't be deceptive. My interactions with them would be genuine. I wouldn't have to wonder if they liked me or not."
Thinking back on his first day at Project POOCH, Jack remembers being warned about an aggressive cattle dog named Frank. Frank was a biter, and there was a chance that he would have to go back to the Humane Society where he came from. This struck a chord with Jack who had also gone from home to home growing up. Jack recalls, "I asked Joan if we could give him a chance. She agreed that I could work with him and he became my dog." Jack made it his mission to understand Frank's behavior so that he could correct it. He initially went to Frank's kennel and just sat beside him, not touching or interacting with him, as Frank did not trust people. It took a lot of patience and dedication, but eventually the two formed a bond and began to interact more.
Once this bond strengthened, Jack began working with Frank on some of the behavioral issues. Jack remembers helping Frank overcome his fear of being brushed: "He loved playing tug-of-war, so I got his rope and brushed him while we were playing. Before you knew it, he no longer minded being brushed because he associated it with something fun." Jack always made sure to reward Frank for his progress, however small that progress was. It took time, but Frank became less fearful and aggressive. Jack remembers the day that Frank found his forever home and recalls, "I was real excited for him when he got adopted. It proved he was able to overcome his shortcomings so he would be adopted into a good home where he would be loved and taken care of." While Jack successfully made Frank adoptable, Frank taught Jack the importance of patience and persistence.
Jack has ended up just as successful as Frank. After serving his sentence at MacLaren, he began working for an importing business. Soon after, he joined the army and was deployed to the Middle East. Currently, he is working on his Bachelor's Degree in Environmental Studies and aspires to own a farm where he will live with his wife and family dog. Jack's story is a powerful example of the human-animal bond. Jack and Frank both inspired behavior changes in one another, and they both live happy lives as a result.
Nov 6, 2017

A Joyful Experience: A Letter to Project POOCH

We recently received a letter from one of our youths, and it reminded us of why we do what we do. His letter was titled "A Joyful Experience:"
***
Dear Ms. Dalton,
I would like to thank you for giving me the wonderful experience of working here at Project POOCH. While here at POOCH, I have gained an abundance of valuable work experience. Most of all, I learned how to train and groom dogs. While working with dogs, I learned the importance of patience, which I had trouble with before I was employed here. These dogs have also taught me one of the most valuable lessons of all, the value and respect of another life. While working at POOCH, I have adopted out five dogs, and am working on my sixth. These dogs ranged from easy (Elka) to challenging (Missy - the border collie). Although, no matter the difficulty level of the dog, each one made me a better trainer. I want to thank you for giving me the opportunity to work here at Project POOCH.
Sincerely,
Andrew
***
We love hearing success stories about both our youth and our dogs. It brightens our day whenever we receive a letter like Andrew's, explaining the ways in which the program has made a difference. We know that when Andrew gets out of MacLaren, he will be able to apply his acquired skills in the real world in order to benefit the community. We strongly believe that with the right resources, everyone is capable of change and success, and this even extends to our pooches themselves.
Many of our dogs, like Missy, the challenging border collie that Andrew worked with, just needed some extra love, patience, and training in order to become adoptable. Missy is doing very well in her forever home and is a beloved member of her family, just like the other dogs that Andrew trained and adopted out. It's incredible to witness the positive behavioral changes and increased hope in our youth and dogs alike, and that is what keeps us going. Thank you for your continued support of our project and for making a different in the lives of Andrew and Missy.
‹ 1 2 3 4 5 6 7 8 9 ... 19 ›
WARNING: Javascript is currently disabled or is not available in your browser. GlobalGiving makes extensive use of Javascript and will not function properly with Javascript disabled. Please enable Javascript and refresh this page.