Champions of Change in Vietnam 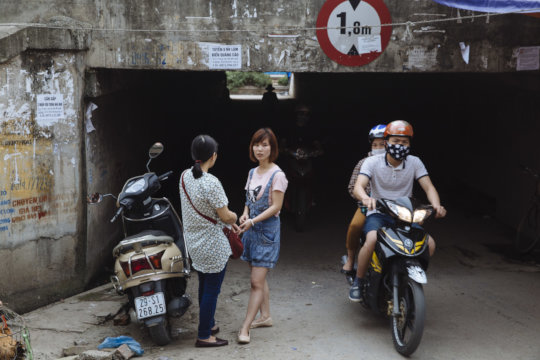 Participant and staff discussing the program.

Supporting the Safer Cities program in Vietnam means challenging and changing social norms. Young boys and girls become engaged in conversations that alter the way they think about gender equality and become participants in the process. In separate clubs, boys and girls are given the space to discuss ideas and concepts around privilege, self-confidence and equality and find power in working collectively. They come to understand gender inequality in new ways and how it affects their lives and can recognize things about their city that makes them unsafe. With this understanding, they are able to visualize ways to improve their city and become part of the conversation.

Once they developed a new vision of their city, girls’ clubs worked to evaluate the communities they were living in. Over the course of six months, 15 different safety walks were conducted in nine communes, or districts, of the city. These walks allowed participants to identify places or things that make them feel unsafe in their neighborhoods.

Parents can play an important role in the success and well-being of their children, but only if they are aware of the issues their children are facing.

Linh, 17, says she often felt scared or unsafe while traveling around Hanoi or going to school. But she says she never talked to her parents about it—and neither do most girls. Linh thought that if she told her parents about some of the things that worried her, they might forbid her to leave the house at all. But, she says after her experience with the Safer Cities project, her parents surprised her. They started to attend the awareness sessions offered at her school, and listened more to what she had to say. “They totally support my participation and want to understand more about the issues so they can help if I’m ever in need,” Linh said. “Instead of forbidding me to go out, they come with me!”

Trainings were conducted with teachers to include them as leaders in the work done to change the conversation about gender equality and awareness. In reaction to the training, one teacher share that “this is the first time we have had training on this content and I must say that it is very helpful for teachers like us. Many things that we used to attribute to girls’ or boys’ characters turn out to be all gender stereotypes. We are very excited to integrate this knowledge in lessons with boys and girls, as well as communicate with parents to change them as well.”

Bus Drivers have a unique perspective of social norms throughout the community. Buses are places that girls feel particularly unsafe, so training bus drivers to recognize when a girl may be in harm is an important step to shift social dynamics.

“In doing my job before I attended the training, I witnessed cases of sexual harassment on my bus, but I didn’t realize what it was,” ticket collector Nguyen said. Nguyen now has the skills to resolve conflicts like that and prevent other incidents in the future. “After attending the course, I paid more attention to girls when they take the bus, so I can help them if they need it,” Nguyen said. “If I recognize a potential perpetrator, I arrange a safe seat for girls or women when they get on, or ask another passenger to stand between them, and I kept an eye on them.”

To date, the project has reached thousands living in Vietnam. 1,502 teachers have been trained, 13 community-managed safe spaces have been established, 90 men have been trained on gender equality to become leaders in their community, 90 females led 14 interface meetings with government officers, and 1,350 transit staff were trained and committed to protect girls and women on buses. 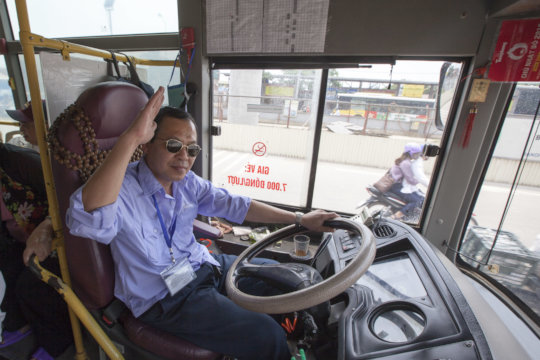 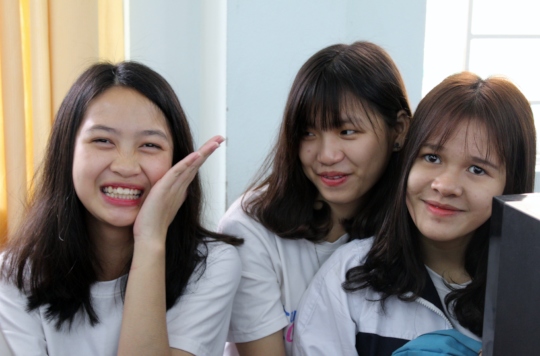 Taking Action Against Trafficking in Nepal

This is 18-year-old Praja. She lives with her parents in a small village in southeastern Nepal, near the border with India. Like many girls in the area, Praja attended school for only a few years. She left after third grade.

A few months ago, a man came to her village and offered to walk with Praja into town. He was charming and bragged about traveling and working in the big cities of Mumbai and Katmandu. She was flattered, and they walked together several times. He even took her shopping for clothes. Once he had gained her trust, he asked if Praja would like to go to the city on his motorcycle. She readily agreed.

Her parents had no idea this was happening.

The man, who was 36 years old, tried to take Praja over the border into India. Fortunately, they were stopped by monitors at one of Plan International’s border check-point booths. They knew right away that this was a bad situation. They also knew that if Praja crossed the border, she would be lost forever in the world of child trafficking.

Plan’s staff were able to reunite Praja with her family. The man who tried to abduct her was handed over to the local police.

Now, Praja is safe at home with her parents. She is receiving counseling through Plan to help her cope with the trauma she has suffered. And, instead of spending her days roaming the streets, she has enrolled in a sewing course through Plan's Action Against Child Trafficking Program (AACT), which is funded by donors in the U.S.

An estimated 11,000 girls like Praja are trafficked every year from Nepal to India and other countries. Three districts that lie close to the border of India—Banke, Sunsari, and Rautahat—are especially vulnerable.

The AACT project targets high-risk, heavy-transit areas in the border region between Nepal and India. With donor support, Plan has implemented border monitoring projects and educated families and community members about the risks and realities of trafficking. 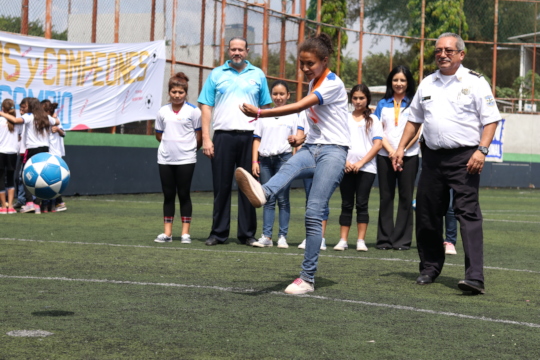 Jessica is the youngest of five children in a low-income family in El Salvador. She is motivated and a hard-worker but struggles to remain in school due to the family’s socio-economic situation.

For Jessica to pursue education past the sixth grade, she would have to leave her family for a different community where violence would pose a serious threat to her safety. Indeed, girls and young women throughout the country are frequently exposed to elevated levels of crime, gang violence, and instability leading to higher levels of marginalization and physical or emotional abuse. For girls to overcome these obstacles, they need male allies to become role models within their communities.

With the introduction of Plan International’s Champions of Change Project last year, girls and boys are given the opportunity to work together to examine behaviors in their families and communities that limit educational opportunities for girls. Through co-ed activities like the Champions of Change soccer leagues, participants become change agents and allies that challenge gender bias, sexual behaviors, and learn about non-violent conflict resolution strategies in a safe, inclusive, and fun environment. Together, young people throughout El Salvador are leveling the playing field by breaking the cycle of poverty and violence through community engagement, collaboration, and equal opportunities for girls.

With Champions of Change, Jessica is helping to build a community where she feels safe to express her opinions, gain self-esteem, and have the opportunities she needs to be successful and thrive.

From all of us here at Plan International USA, thank you for your continued support. Your generosity makes our work for children around the world possible.