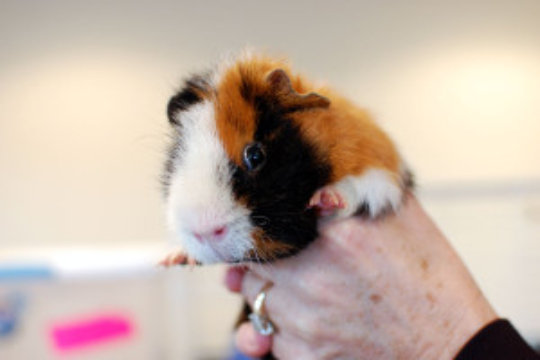 More than 200 small animals living in overcrowded conditions inside a double-wide trailer and a small metal shed were rescued this week by Oregon Humane Society investigators. The pets were voluntarily relinquished to OHS by the owner, an Oregon City resident who is under investigation for possible animal neglect.

OHS is seeking to place the animals in in homes as soon as possible. Beginning this Friday, many of the rescued animals, including chinchillas, mice, gerbils, Guinea pigs, lovebirds and parakeets, will be offered for adoption at reduced prices.

OHS Humane Special Agents are commissioned by the Oregon State Police and have full police power to enforce animal cruelty laws throughout the state. They receive no tax dollars and are supported through donations to OHS. Your gift today will help rescues tomorrow. 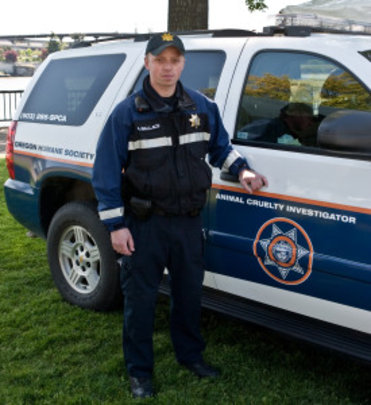 A new era in law enforcement began July 21 at the Oregon Humane Society, as the nonprofit’s Humane Special Agents were commissioned by the Superintendent of Oregon State Police (OSP).

“The authority of OHS agents is no longer dependent upon who lives in the Governor’s mansion in Salem,” said OHS Executive Director Sharon Harmon. “By bringing OHS agents under the authority of the state police, the legislature has recognized the importance of fighting animal crime today and long into the future.” OHS agents must meet the same standards of professional training and conduct that Oregon has established for every certified police officer in the state.

OHS relies on private donations and receives no tax dollars to support its law enforcement activities. 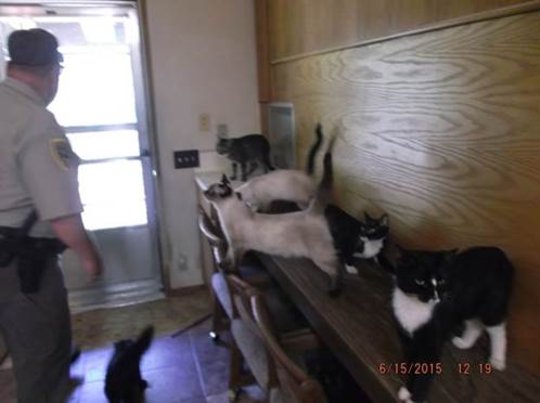 Nearly 100 cats rescued from neglect in Klamath County will arrive at the Oregon Humane Society in Portland this afternoon. Klamath County Animal Control requested the assistance of OHS in finding homes for the cats as there are no other shelters in Oregon capable of handling such a huge influx of animals. The rescue is one of the largest pet rescues in Oregon history.

“We’re hoping to find homes for these cats as soon as possible, even if it puts a major strain on our shelter. Fighting animal cruelty in Oregon is a top priority of OHS,” said Sharon Harmon, OHS Executive Director. Harmon noted that the ability of OHS to find homes for the animals was one reason cited by the owner when the cats were voluntarily relinquished to Klamath authorities.

OHS is a 501(c)3 nonprofit organization, receives no tax dollars, and relies on donations to fund all our programs including humane investigations. To help these cats and their friends in need, please consider making a gift today.