By Mrs. A. Jecintha - Managing Trustee 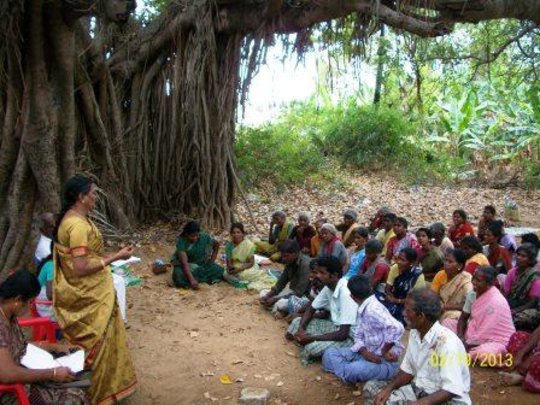 implemented by VOICE Trust, India in collaboration with GlobalGiving, USA

through supports from Friends of Earth in USA, India, Europe.

Agriculture is the backbone for all in society.

Such an important Agriculture is getting severe beatings on account of global warming and climate change, besides, less and less economic viability.

But, Agriculture has to go on for healthy food, good environment and better economic viability. It is very important that Youth take interest to continue Agriculture.

So, Mrs. A. Jecintha spoke to village leaders on February 16, 2013 and appealed to send their young sons and daughters for Biodiverse Agri Trainings to continue Agriculture.

The Album with 10 photos relates to Biodiverse Agri tips given to Youth. Seasonality Analysis exercise (Refer photo #4) attracted the Youth. VOICE Team told them to go in for short duration crops (pulses, millets, Vegetables) to adjust to availability of water, so that Agriculture can continue to feed humans and the livestock and also to fetch money for meeting other life needs.

10 Youth staying in Siruganur village have shown interest to visit Model Farm of VOICE Trust where 9 models of Organic Manures and Bio Pest Controls are kept. Through them the spread effect is expected during May and June 2013. 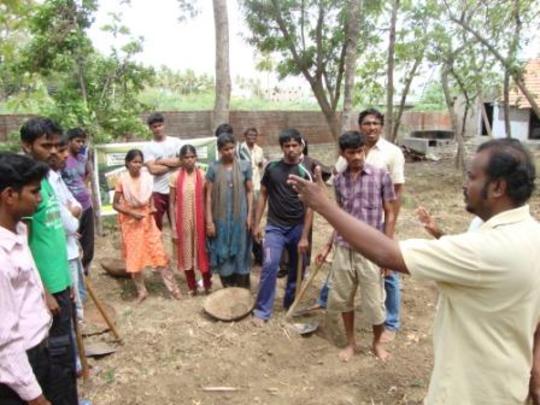 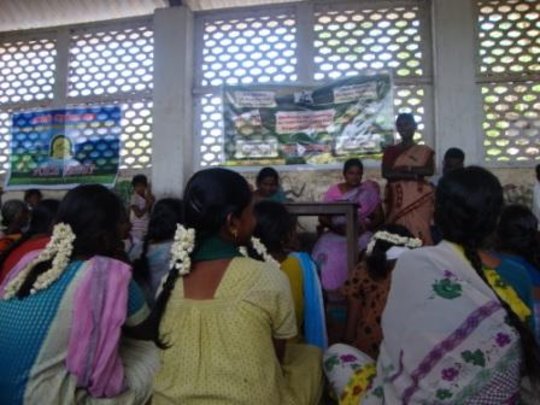 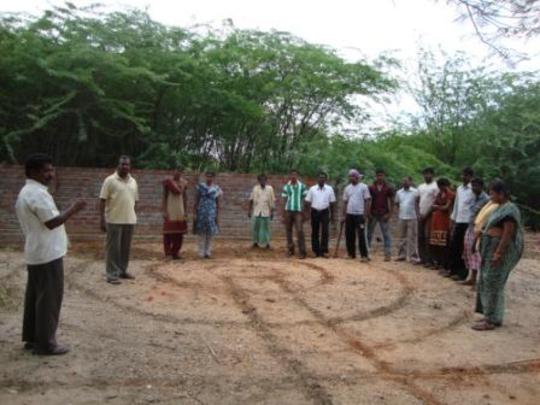 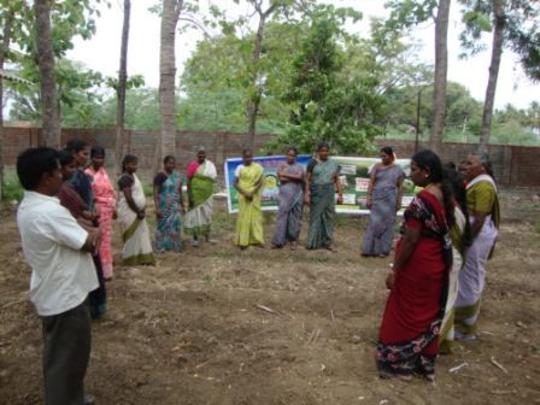 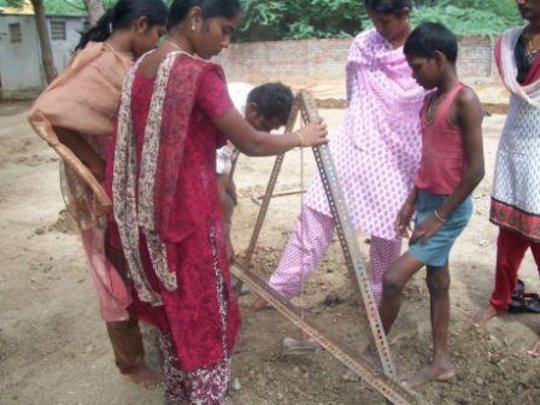 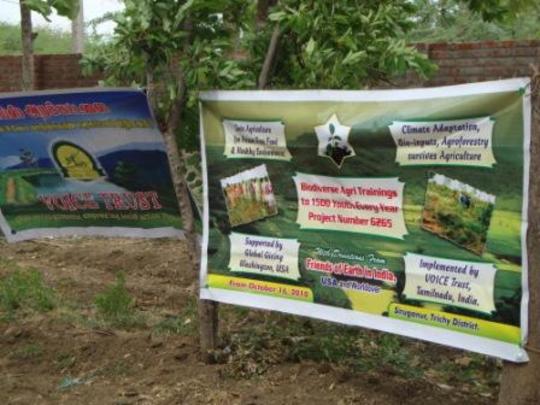 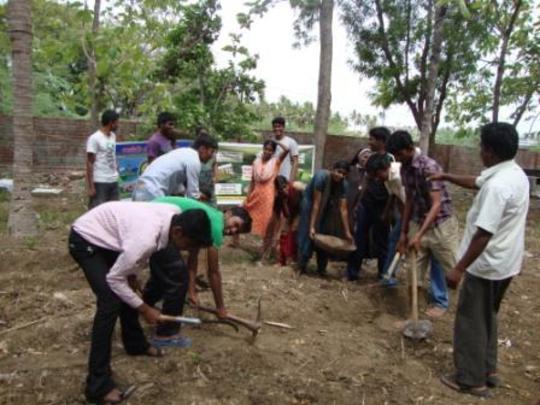 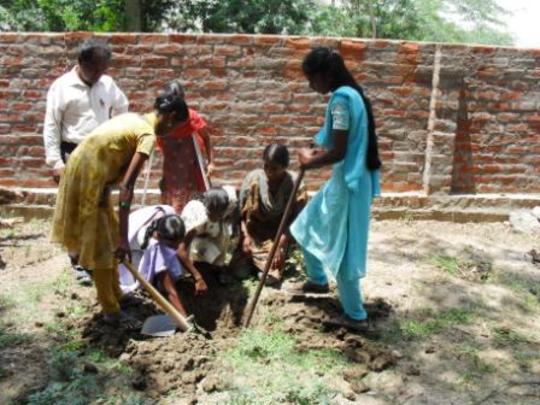 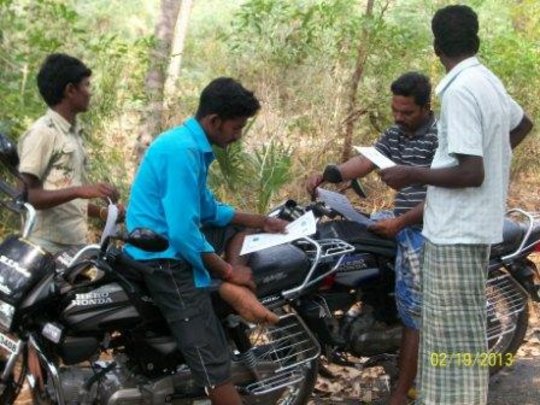 Supported By:     Friends of Earth in India, USA and Worldover.

Special Activity from October 2012 to January 2013

Nehru, the first Prime Minister of India said in his Victory Speech in 1947: “EVERYTHING ELSE CAN WAIT BUT NOT AGRICULTURE”.

But, today, more than one third of agricultural lands are sold for other than agricultural purposes as seen from News clip of The Hindu Daily of January 17, 2013 (Scanned and attached).

It is not only fertile farmlands that are being sold but also the rainfed drylands (over two thirds of cultivable land in India) are up for quick sale in VOICE work villages. VOICE Trust has been cautioning stakeholders about this grave danger.

Efforts to save agriculture is continuing through Project #6265 under Global Giving – VOICE Trust collaboration from October 2010. This is possible only because of supports from Friends of Earth in India, USA and Worldover. A big “THANK YOU” for your help and cooperation.

VOICE Trust is now concentrating on Plant Protection through Integrated Pest Management (IPM). Efforts are on to move to Integrated Farming Systems (IFS). Specific steps are taken in Chilli Crops for effective pest control (Photos of IPM in Chilli in Thuraiyur Area are attached).

But, it is not easy to continue SAVE AGRICULTURE Programs without your support. Hence, VOICE Trust appeals to you for specific supports fund here below:

N.B.: 1. Other supports what VOICE Trust had asked for in September 2010 Open Challenge are continuing to apply besides the above specific needs. More needs are there too like equipments and Team Transportation facilities for SAVE AGRICULTURE Programs.

2. But, right now VOICE Trust is not able to even meet the basic expenditure for the project, because there are no regular supports from most of you. It will be difficult to manage Project #6265 from February 2013.

Hence, VOICE Trust wants to know from you what your decision to continue supports for Project #6265. Please let us know whether VICE Trust can continue Project #6265 from April 2013, the new Financial Year for people in India. Kindly inform your views.

Followups with 2 women under Project #6265 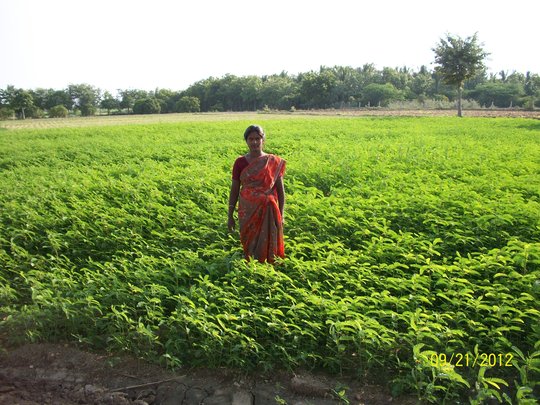 After completing the coverage of over 1500 Youth in the first year. Now, the focus in on Follow-up Encounters to strengthen agriculture as a viable economic activity and also as a nature centric creativity to save agriculture. To start with, there are 2 case studies:

1)  Ms. Mekala of C.R. PALAYAM Village, Mannachanallur Union, Trichy District. State of Tamil Nadu, southern India: Rotation of crops adapted. During Kariff Season, paddy is grown. During Rabi season, blackgram, pulses and millets grown. For 8 months in a year, there is cropping. She is happy to work in the field and earn her livelihood. She has 2 months for summer ploughing and seed treatment. The rest of 2 months, she concentrates on village festivals and social functions (Photos attached).

2)  Ms. Bhuvaneswari, Thidir Nagar, Siruganur Panchayat, Trichy District: Low input agriculture techniques followed by her by growing short duration fodder crops and ploughing them back into the soil for enhancing soil fertility. She is saving increasing expenses used by others for fertilizers. She says that such natural manures enhance large scale multiplication of beneficiary microorganisms. (Photos attached)

3)  The International Conference on Biodiversity held in Hyderabad, India was referred to rural Youth for emphasizing the need for more serious steps to survive agriculture through Biodiversity Conservation. (News Paper clippings scanned and attached).

Special Note: It is a difficult task to attract Youth into agriculture. VOICE Team is fighting for this important activities. Hence, your help is sought after through Global Giving. 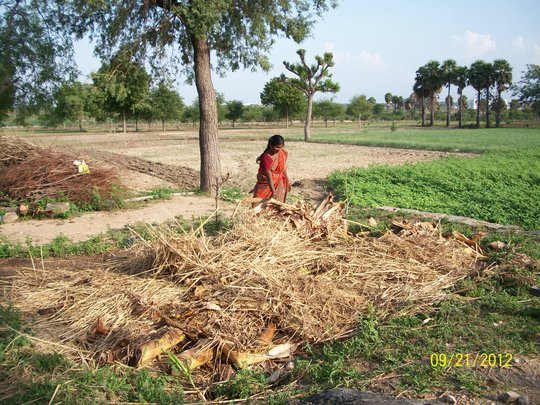 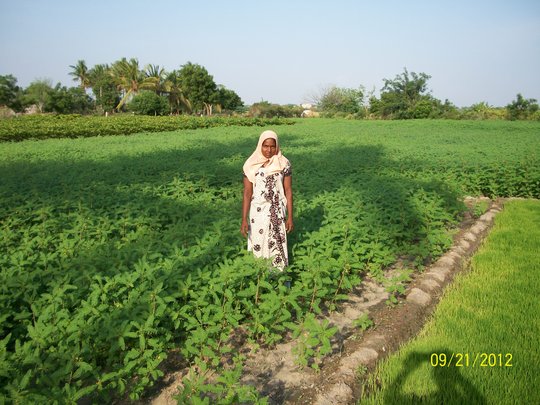 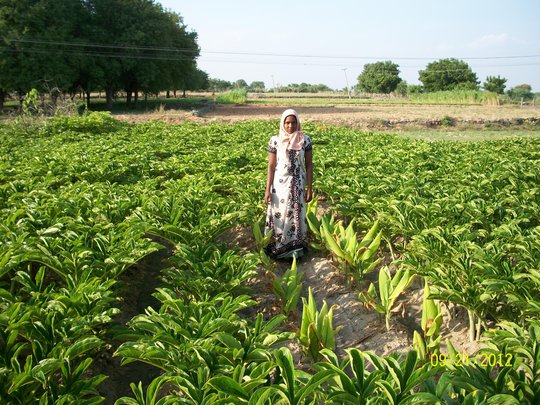 ‹ 1 ... 31 32 33 34 35 36 37 38 39 ›
WARNING: Javascript is currently disabled or is not available in your browser. GlobalGiving makes extensive use of Javascript and will not function properly with Javascript disabled. Please enable Javascript and refresh this page.