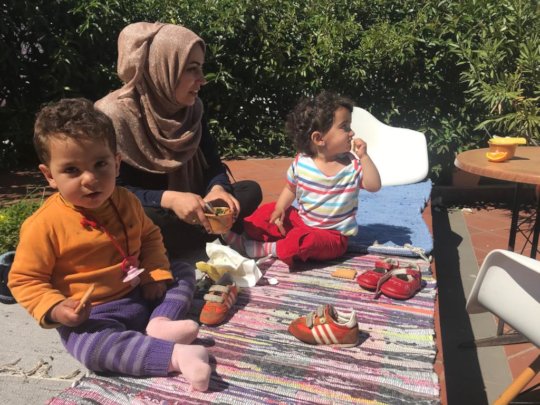 Mother and children enjoying a snack in the sun

With the continued support of donations from the Global Giving Foundation we have been able to continue to fund our wonderful partners We Are One on the island of Samos in Greece.

In their safe space for women and babies under two years old, We Are One offer food such as fruit, eggs, fresh salads, nuts, oranges and drinks for all visitors and additional food for pregnant women, and bananas for babies. Additionally, We Are One have just launched a Pregnant women only day every Monday, providing a nutritious meal and fresh salad nutritionally catered to all the needs of pregnant women who visit. Together with our partner, we are currently looking into options to start providing supplementary food for babies from 6- 24 months.

The food services provided by us are still an essential alternative for refugees on Samos. Food served in camp has a low nutritional value and does not cover the baisc dietry needs particularly of pregnant women. Camp residents can wait in line for hours to pick up a small portion of potatoes, bread and water. We will continue to provide additional nutritious and healthy food together with our partners in the absence of sufficient services.

Thank you to all of our supporters who #chooselove, together we are really making a difference. To read more about our work, you can find us on social media @helprefugeesuk or visit our website www.helprefugees.org 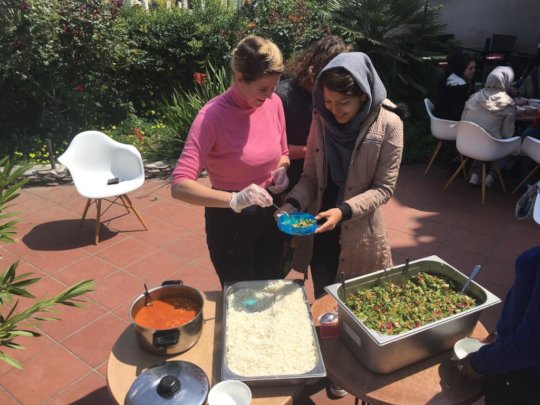 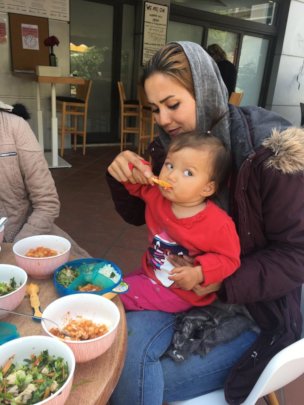 Mother and child at the We Are One centre in Samos 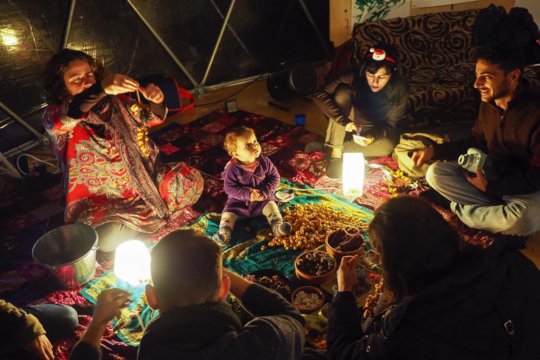 With temperatures still dropping across Northern Greece your donations have helped us to provide nourishing meals for those who would otherwise go without. In the last two months we have provided over 9,000 food packs allowing parents to ensure their children are properly fed and enabling communities to cook for themselves. Sharing food with friends can be a huge morale boost and increases resilience in the face of the difficult living conditions people are enduring across Greece this winter.

One week in October saw numbers in Katsikas camp increase by 500 and over the Christmas period we were the only agency present in the camp. Your donations were invaluable, allowing us to respond rapidly to the ever-increasing need.

The Greek islands remain hugely overcrowded, with makeshift shelters filling every available space. Elsewhere, people live on the streets and in large, unheated spaces. Resources are stretched thin but healthy food is an absolute necessity and we need your help to ensure every man, woman and child gets the nutrition they need this winter.

Please help us by donating today. 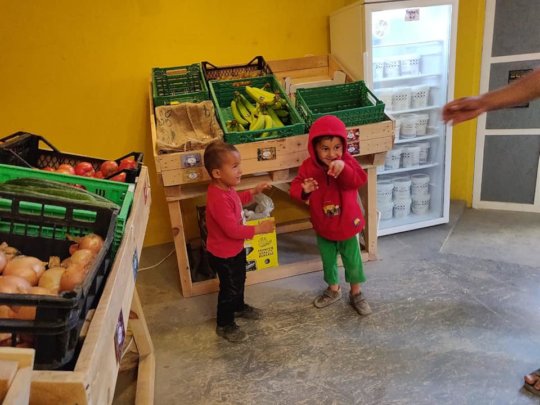 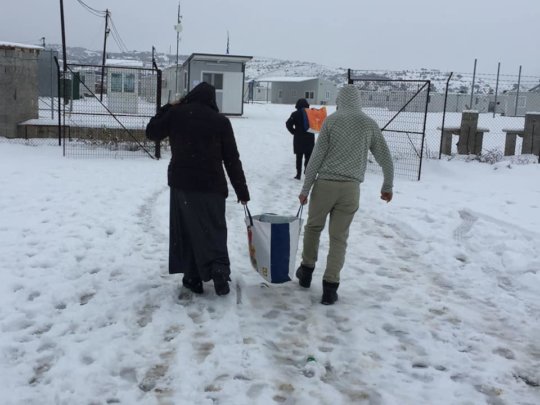 Carrying a food pack back to the shelter 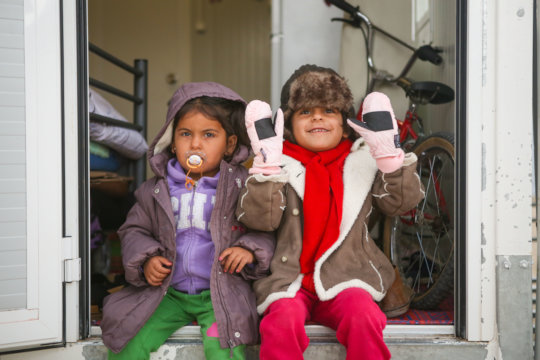 We can help you help vulnerable refugees 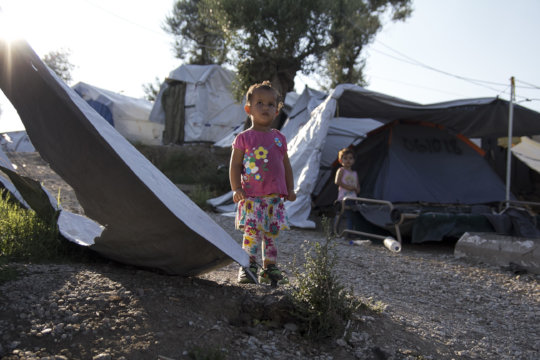 There are 64,900 refugees in Greece. This year alone, 26,178 people arrived by sea and 13,000 through the land border in northern Greece. It has been reported that the new arrivals are much more vulnerable than those arriving this time last year. People have serious medical and mental health issues, their socio-economic background is also very different, which makes people heavily reliant on aid.

Thanks to your donations, we are able to provide hot food and food packs to those who are most in need. Your support so far has contributed to tens of thousands of people receiving nutritious, healthy food.

This winter, we need your help again.

In Moria camp on the Greek island of Lesvos, we have witnessed the intolerable conditions. It is unimaginable that people are forced to live in such a way, often for very long periods of time. The overcrowding has reached unbearable levels with a small tent in almost every empty space; facilities inside the camp are unable to take the strain of such numbers of people. The areas outside the camp have also grown immensely, made up of tents and makeshift shelters, covered in tarps and weighted down with rocks in an attempt of people to protect themselves from the recent storm that hit Lesvos.

With arrivals numbers at over 1000 people per month, it is difficult to imagine how this situation is going to get any better.

As winter nears we are predicting hard needs to increase. The responsibility for providing aid and hot food is likely to fall on us and our partners across the country.

We can help you help, donate today to feed a family. 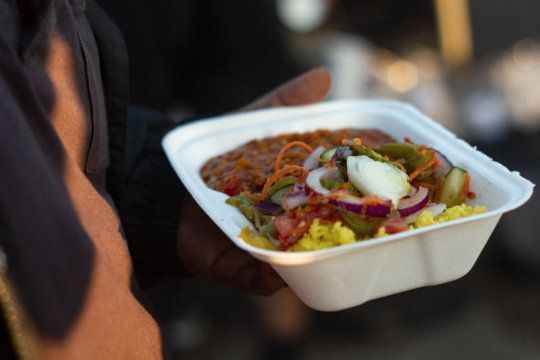 Hot food distributed thanks to your support

Hot food distributed thanks to your support 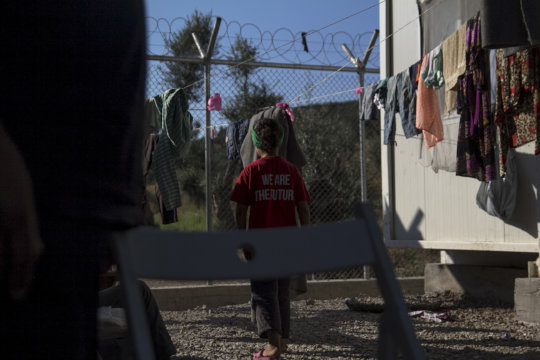 Living in between the barbed wire

Living in between the barbed wire 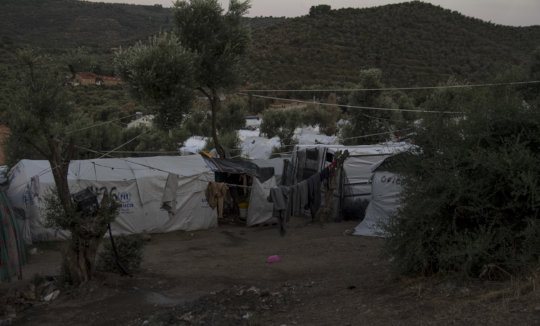 It is starting to get cold in camps in Greece

It is starting to get cold in camps in Greece