A Landmark Case in East Jerusalem 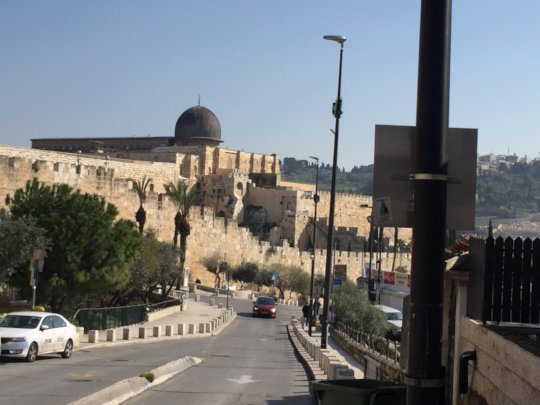 The Sumarin home is in Jerusalem's Old City

The Sumarins are a family in East Jerusalem that have been fighting to keep their home for over 30 years. Rebuilding Alliance was invited to join the Sumarin Coalition in May 2020 because we would contact Congress, and 8 volunteers came from all over the country and Great Britain to help!

The Coalition is an international group of 20+ organizations that are advocating on behalf of the Sumarins. Constituents were urged to call their Representatives and Senators and ask for 2 specific interventions: to call the U.S. State Department and to call the Israeli embassy to express concern about the injustice of this eviction. 841 constituents sent 3018 letters. We held about thirty-eight 30 minute briefings with Congressional offices with speakers from Jerusalem on the line, often with constituents joining us.

As a result of a briefing, Congresswoman Jackie Speier is sponsoring a letter addressed to Prime Minister Netanyahu requesting to halt the eviction. The letter as of now has 23 co-signers and will close for signatures on Wednesday, September 2nd at 6 PM.

From an excerpt of Congresswoman Speier's letter, here's what happened:

"Thirty years ago, JNF asked the Israeli government to seize the Sumarin family home based on Israel's Absentee Property Law, even though the family had the rightful title and were never absent. On May 23, 1991, without notification to the family, the property was purchased by JNF from the Development Authority in a land barter. In 1994, Judge Yehudit Tzur ruled that the declaration of the home as absentee property was unlawful and denied the claim for eviction, yet the land and the title to their home were never returned to the Sumarin family. The Israeli Government's Klugman Commission later noted "grave findings regarding the functioning of the Custodian of Absentee Properties," and pledged to end the use of the law but failed to apply the policy retroactively to past eviction cases."

As stated by a rabbi who spoke to Congress on behalf of the family, "In the Abrahamic tradition shared by Muslims, Christians, and Jews who live in the holy city, the Temple Mount is the site of God's presence on earth. The prophets envisioned that from this place, a divine spirit of global justice and moral responsibility would descend upon the world."

Thank you for believing in us and for your support. More soon. 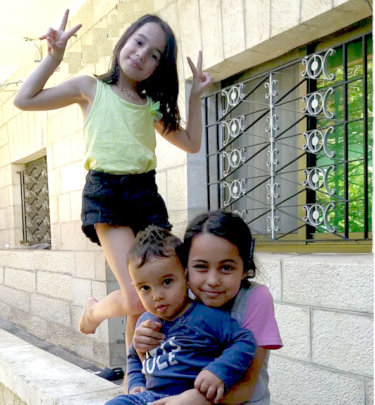 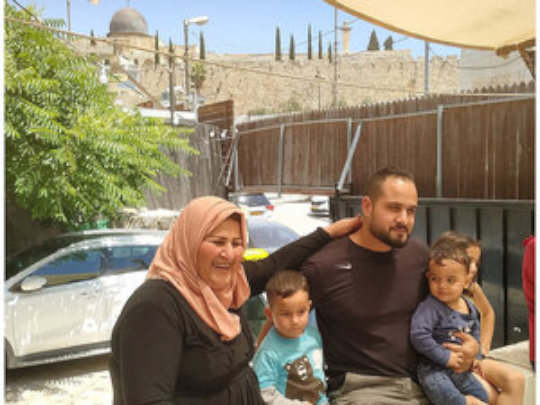 On August 5th, the Supreme Court of Israel agreed to hear the Sumarin family's case and issued an order delaying their eviction. This is welcome news to the Sumarin family and all who've worked with them as part of the Sumarin Coalition. Their previous eviction date was August 16th after which the Jewish National Fund could have applied to forcibly evict them. We're relieved to have the Sumarins safe at home for now, especially in the middle of a pandemic.

In the eleventh hour, the Palestinian National Authority stepped in to pay the Sumarins' court fees. However, this doesn't mean your generosity is going to waste. We are immediately transferring payment for their lawyers' fees, and in the event that they may lose, the Sumarin family would have to pay eviction fees, the JNF's local court fees, and the JNF's deposit to the Supreme Court.

Here in the United States, Congresswoman Jackie Speier of California's 14th District is circulating a letter for signatures to press the Government of Israel to just stop the eviction.  Please ask your Representative to sign on to this letter, and your Senators to sponsor one like it.

Write to your Representative and ask them to sign

We could not have gotten to this point without the support of constituents who helped bring the Sumarin Family’s case to Congresswoman Speier’s attention. This is not lobbying. If you are a constituent, Congress promises to assist with any urgent issue that involves a Federal Agency. If you were one of those who emailed Congress, thank you! Rebuilding Alliance followed up by holding Contact Congress briefings with 37 offices, House and Senate, Republican and Democratic.

We hope you will follow up with your elected officials and urge them to be a signatory on this important letter.  Thank you. 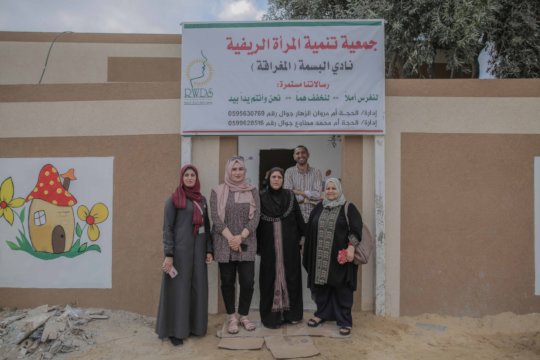 Our NGO partners with a PARC representative (left)

For "Gardens, Goats, and More," Rebuilding Alliance wanted to increase our chance of success as much as possible. In our research, we spoke to different groups that had experience in small-scale agriculture and income-generation projects so we could learn from their experiences.

One of these organizations was Palestine's Agriculture Development Association (self-styled as PARC) which does work in the West Bank and Gaza Strip. They are very experienced in developmental farming projects ranging from greenhouses to providing farm animals and birds. After a preliminary videoconference (at 6 AM in California and 4 PM in Gaza), they generously offered to take our Palestinian NGO partners on a field trip to show one of their succesful projects. Our high school interns, Lama and Mazen, also tagged along. Lama's dream is to be a cowgirl in Gaza. She wants to have a cow and distribute the milk to needy families. Although this proposal is not part of "Gardens, Goats, and More," Rebuilding Alliance still thought that Lama and Mazen could learn a lot from the trip.

On July 5th, a representative from PARC took them to a thriving garden run by a grandmother. She has been able to support her family just from the income generated by this garden and farm animals given to her by PARC. She even has a barter arrangement with the local market to trade food she has grown for food that vendors sell in the market.

Our partners sounded so excited when they reported back on their day with PARC, and we all learned so much. What was key to the PARC program's success came down to two factors. One, they were very selective about their candidates. They conducted extensive interviews with them and visited in-person to confirm their capacity for animals and gardening. Two, there was a lot of support before and during the process. Candidates were required to attend workshops before starting. Veterinarians conducted regular check-ups on the animals and taught them how to deal with emergencies. All this support was available all the way to the last day of the project. As a result, all of PARC's beneficiaries from this program—not just the owner shown below—still have thriving gardens and/or animals today. This is all the more remarkable because PARC ended this program two years ago when their funding ran out.

All in all, the field trip was very educational. Rebuilding Alliance is now in the process of working with our partners to identify beneficiaries. Our NGO partners are now choosing families for their pilot projects. More news to come. 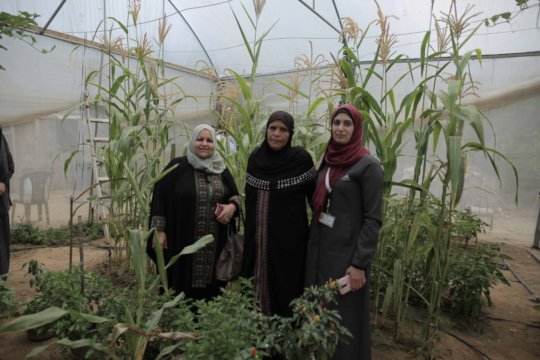 The owner of the garden (center) shows us her crop 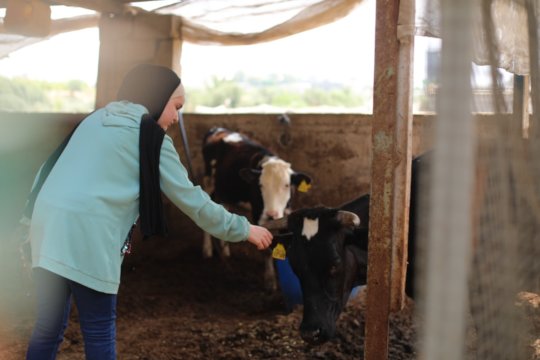 Lama-Rebuilding Alliance intern & aspiring cowgirl
‹ 1 ... 4 5 6 7 8 9 10 11 ... 39 ›
WARNING: Javascript is currently disabled or is not available in your browser. GlobalGiving makes extensive use of Javascript and will not function properly with Javascript disabled. Please enable Javascript and refresh this page.