Mrs. Theavy* is 30 years old, has been married for over six years, and has two children, aged 4 and 2. She studied only until Grade 7. She currently lives in a small two-room house in a village near the provincial town of Kampong Speu. Neither her husband nor she has any income or wage-earning job, relying instead on her family members for support. She is a survivor of domestic violence and this is her short story.

Theavy got married in 2012 and began having problems with her husband when she was pregnant with her first child in 2013. “He started to beat me when I was pregnant. I didn’t know what to do. I always thought that it was my fault that my husband was not happy with me and beat me.” Furthermore, her husband did not want her to go out, meet friends or even family members. “I never even am able to meet with some friends or relatives because my husband does not allow me.” The fighting and abuse continued for years as Theavy kept forgiving her husband and hoping he would return back to the good man he was before they got married and stop hitting her. He has not.

Theavy was able to contact the Commune Committee of Women and Children (CCWC) member in her commune as she lives near her aunt’s home and has known her since she was a child. The CCWC member provided her with information on her rights, counseled her on how to protect herself and her children, and connected her with different government social services at the commune, district and provincial levels, as well as the village chief and police. “CCWC has provided me with a lot of counselling. Importantly, I have learned that I am not to blame for my husband hitting me. Through CCWC services, I have also connected with other services that have helped protect me and provided me with information on my different options.”

After years of domestic abuse, then finally with counselling from trained social workers with WHI on her various options, Theavy was referred to a legal organization and has decided to file for divorce.

“My husband still beats me, and I can’t live like this anymore. So I decided to file for divorce at the court and hope it will be over soon. I am still scared though and I can’t sleep at night.” Theavy appreciates all the support she has received from CCWC and all the other government and NGO agencies that have provided counselling, advice and legal support services. She would recommend the services to other women facing domestic violence and encourages other women not to blame themselves.

Theavy is waiting for the final court decision and realizes she can finally live a life free from domestic violence once her divorce is finalized. She hopes she and her children can move forward with a safe and happy life, knowing she is not to blame for her husband’s violence or the end of her marriage.

*Note: Theavy is not her real name and has been changed to protect her identity.

Concert for Awareness of Domestic Violence

By Heather Hill - Director of Communications and Marketing, WHI 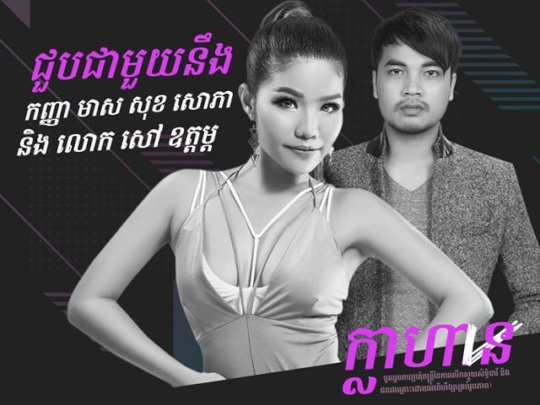 In December of 2018, World Hope International held a Human Rights Concert to draw awareness to the issue of domestic violence and violence against women. The event was entirely in the local language, Khmer, and featured Cambodia's most popular singer, Meas Soksophea, as well as Sao Udom, who launched his career as a Cambodian Idol contestant and Todd Smith, who is Cambodia’s most popular Emcee.

The initiative was led by World Hope International (WHI), partnering with UN Trust Fund (UNTF) to End Violence Against Women and the and Ministry of Social Affairs, Labour, Vocational Training, and Youth Rehabilitation (MoSALVY), and largely focused on Kompong Speu.

The title of the event in Khmer is a visceral term for violence with a slash through it. It’s an in your face logo that the community could immediately engage with.  The tagline translates “celebrating the courage to stop the violence”  We used lots of hot pinks on black colours with black & white classic images of the artists – old fashion heros, old fashion values.  Although there is no exact English translation of the event's name, the rough translation would basically be the “Courage Concert.”

It was a powerful event that had wide media coverage as well, so the message was shared loud and clear. It was live streamed to KBN Network, which has 2.6M Followers

Our team launched a Facebook event page here ahead of the concery in which we connected with other campaigns for human rights day and responded to questions about the event. One of the results of having a facebook event page was that we began to hear from survivors of violence who were sharing their stories with us and asking for help. We were able to respond to them and connect them with resources to aid in their recovery.

Now Srey knows how to deal with trauma 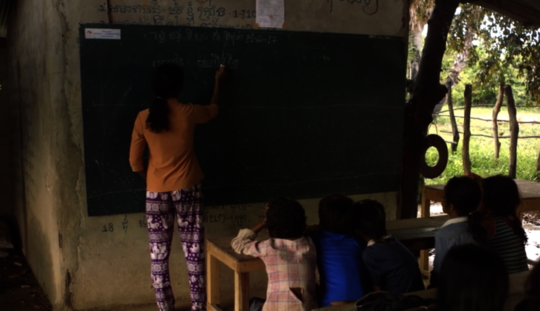 “Before, when I worked with a client, I would just go to visit them and write notes about the abusive situation that happened to them," shared Srey, a local social worker in Cambodia."I did not know how to properly deal with their trauma, or talk to them with understanding."

This is why World Hope is building capacity of local social service providers to treat survivors of domestic and sexual violence. It is critical to make sure that survivors are engaged, feel heard and understood, and take steps to pursue their legal rights.

Srey went on to share. "Now that I learned these skills in counselling, I can better support each client. I can help them relieve the stress and trauma from the abuses that happened to them."

Soon after training, Srey was able to put her training to use to help Bopha*. Bopha and her husband were married in 1986 and had six children. Soon after, Bopha's husband began drinking heavily and became violent. He refused to let her teach at the school she worked at or even leave the house. One afternoon, the aggression became so intense that name feared for her life and called the authorities. They arrived just in time.

Srey was assigned to Bopha's case. At first Bopha struggled with distrust. But, after applying her skills from training, Srey was able to gain Bopha's confidence and provide a plan to provide the necessary services. Now, Bopha's husband is in a local prison serving out a two-year sentence, and there are eight other cases similar to Bopha's being heard in the local court.

Today, Bopha is a free woman. She teaches her students and lives without fear. We're so grateful to local social workers like Srey.

*All names in this publication have been changed to protect their identities.