Rugby in Israel is not a well known sport, but the focus of this project on peace and reconciliation has made it noteworthy beyond the pitch. Atlas is working with a number of private donors to bring rugby to schools in mixed communities. The values of rugby, with fierce opposition on the pitch, but strong fellowship off the pitch, is an important tool to break down traditional mistrust between different religious and racial groups in the country.

This project started early in 2018 and is now working in four cities across Israel, with twelve schools regularly, and bringing in a further 32 for festivals. These include Jews, Druze, Arabs and Christians; local people and refugees. The early signs are good, and we look forward to our first impact assessment to understand how best to serve the cause of peace in this country.

As with many new rugby projects we use Tags rather than tackles, allowing any child between the ages of 6-12 to experience Rugby without fear of physical contact and without the need for prior technical or physical knowledge or skills. 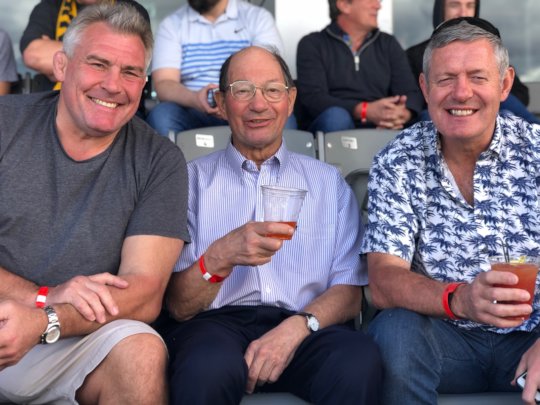 The Atlas Foundation Chairman, Jason Leonard was pleased to be able to meet up with the coach and some of the graduates from the Memphis programme when they played in the Las Vegas Sevens invitational tournament at the start of March.

Jason was joined by BBC rugby commentator Ian Robertson, and a fellow former British Lion, indeed former Captain of the British and Irish Lions, Gavin Hastings. These three rugby legends joined a party of guests at the Las Vegas Country Club on the first day of the Sevens for a charity golf match, raising funds for our work in the US and South America.

Thanks to the generosity of a number of sponsors and donors, we raised $30,000 from the event. 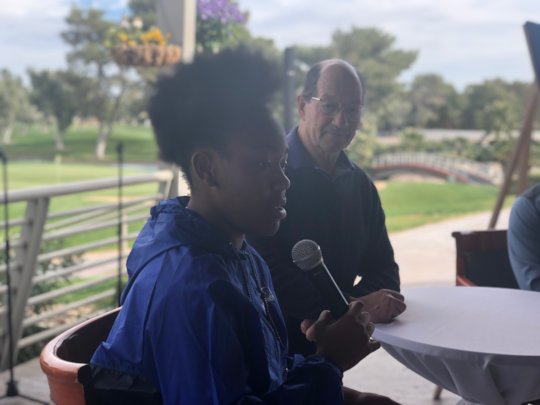 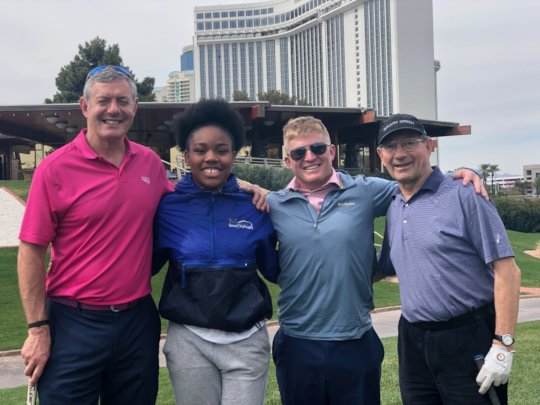 Thanks to Ambassador Mark Regev 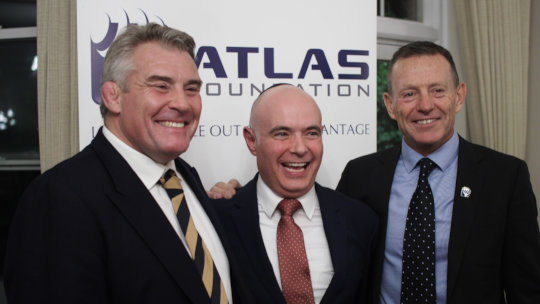 Huge thanks go to His Excellency, Ambassador Mark Regev, Israeli Ambassador to the UK who hosted a reception to promote this important project at his residence in London.

Both Rugby Legends are Rugby World Cup winners, Joel at the famous 1995 championship in South Africa attended by Nelson Mandela, the first international championship after the end of apartheid; Jason at the 2003 championship in Australia when England won in the dying seconds with a drop goal by Jonny Wilkinson.

Joel played his international rugby for South Africa but has a Jewish father and Captained the South African team in the Maccabiah Games in Israel. Having lived through aparthied, and been part of the reconciliation effort that was so effective in rugby, he is a passionate supporter of this project that works to strengthen co-existence in Israel.

Jason played for England but has an Irish father and could have qualified to play for Ireland. In Ireland, rugby is a unified sport and he knows through his playing career and his family and friends in the country, how important this unified team has been to the peace and reconciliation effort on the 'Emerald Isle'

The reception was attended by existing supporters, and new supporters. While their gifts have been from UK sources directly to Atlas, rather than via GlobalGiving, the fund remains available for US funders to support. Each $1,500 supports a new school in Israel and we have 24 new schools identified for which funding is sought.