Eric (64) running for the optic proyect 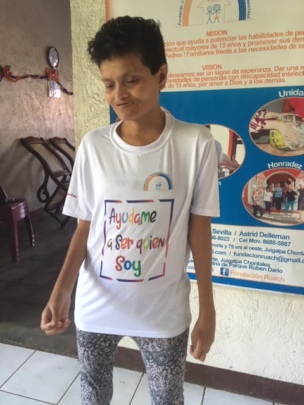 help me to be who I am

Although hurican ETA is leaving his damage in a part of Nicaragua, and the rains are running in the rest of Nicaragua, we are doing fine. And grateful of all live gives us!

We, Ruach personnel and volunteers in Juigalpa, are very active running our community home for intellectually disabled adults and organizing developmental activities for this vulnerable population group. We would not be as successful as we have been without the moral and financial support from people in and outside Nicaragua. Unfortunately we still depend on donations, but our dream is to become financially independent by establishing ‘Ruach Optics’, an optical services business. Fortunately for us we have a network of people who help us promote our work and raise money in their own circle. We want to share the activity Eric is planning. Maybe it gives you ideas how to support us.  And another reason: we want to ask to support him. And so: us!  So we come, step by step, nearer to the goal to have the money to start the optics...

Eric is one of Ruach’s stalwarts. He is the translator of Dutch blogs into English for www.vivirjuntos.org, is chief editor of the Quarterly Newsletters in English, and promotes Ruach’s work in and around Sherborne, UK where he lives with his Britsh wife.

But his enthusiasm goes even further: he also supports Ruach with his runner’s legs! What started as a bit of a joke on New Year’s Eve 2016 with a solo run of 26 kilometers raising some money from family and friends, has turned into an annual event with the additional challenge that every next run needs to cover a longer distance. He ran 31 km in his 2nd Ruach Run in 2018 in the hills around Sherborne. In 2019 he participated in a 50 km road race in his Dutch place of birth Winschoten where he was cheered on by relatives in front of his former parental home.

Eric’s 4th Ruach Run
For this year Eric had  found an event in the UK, and registered for the ultramarathon of the Lulworth Cove Trail Challenge on 7 November, a 53 km race on the stunningly beautiful Jurassic Coast in Dorset, South England.

Eric writes: “It will be a run up and down many cliffs climbing a total of 2,300 (vertical) meters. Coming down those meters will be slow and tough as well. because of recent injuries or travel restrictions between Netherlands and England. But I hope to keep going nonetheless, and raise some more funds needed to start the ‘Ruach Optics’ project”. It’s unfortunate that my 3 running partners will not all be able to join me, or only for part of the way,

Eric’s 4th Ruach Run
This year, because of COVID-19 travel restrictions Eric had to find an event in the UK, and registered for the ultramarathon of the Lulworth Cove Trail Challenge on 7 November, a 53 km race on the stunningly beautiful Jurassic Coast in Dorset, South England.

Eric writes: “It will be a run up and down many cliffs climbing a total of 2,300 (vertical) meters. Coming down those meters will be slow and tough as well. because of recent injuries or travel restrictions between Netherlands and England. But I hope to keep going nonetheless, and raise some more funds needed to start the ‘Ruach Optics’ project”. It’s unfortunate that my 3 running partners will not all be able to join me, or only for part of the way,

You can support Eric’s run: through the  Ruach’s mother foundation in the Netherlands: 1)Vivir Juntos, Leiden, account number NL10 TRIO 0390 943711, and the reference ‘Eric’s 4th Ruach Run’. 2) or by the donating button on the optics proyect page of GlobalGiving.

And let him know of your intention to sponsor him by email, so he can give you, after the run, an up date!   Via ruachjuigalpa@gmail.com  or his private email address ericjager56@gmail.com

Your involvement means the world to us. Together we can make a difference! 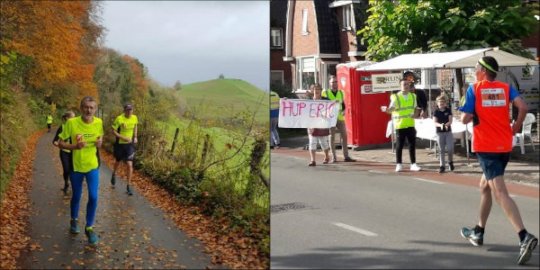 Experiences with Little by Little campaign 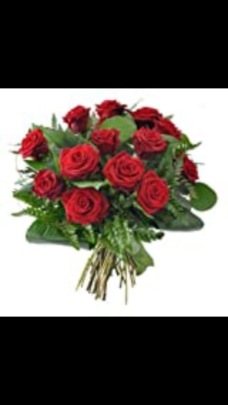 This GlobalGiving campaign which ran for 5 days up to 11:59 pm on 18 September has come to an end. GlobalGiving is an international organisation which provides a platform for small non-governmental organisations. To promote themselves and increase the circle of contacts, to make a donation. During the Little by Little campaign GlobalGiving matched each donation up to $50 with another 50%, in the hope that this would attract a lot of small donors and to show the power of working together for good causes.

GlobalGiving has registered and vetted more than 7,000 projects worldwide. Of course not all projects were actively involved in the Little by Little campaign. The Ruach Foundation has been a member of GlobalGiving for about three years now, and by participating in GlobalGiving campaigns  we have been able to raise about $4,000 every year for our work in Juigalpa: a valuable contribution to maintaining our community home, our activities club and our Ruach’s outreach work

With the help of Eric who lives in England and my daughter Daniella from Ecuador we prepared for the Little by Little campaign as professionally and well-thought through as we could, given our combined limited experience in this field. In an attempt to get the máximum benefit from the campaign. Which this time was not focused on our social programmes, but on a new Project: ‘Ruach optics’, i.e the setting up of a spectacles shop with optometrical services with the aim to make progress towards being more economically independent. Therfore becoming less dependent on donations.

The results of the campaign at the end are as follows:

Only 42 organisations attracted more donors that we did (10 organisations were tied for the same rank), which means we managed to be in the top 1% of all GlobalGiving projects. We had a total of, also, 42 donations, our largest number ever for one week! Unfortunately 42 donations was not enough to take away a bonus prize for being among of the the 5 organisations which attracted the largest number of donors. For example, the organisation who got 5th prize in this category had 373 donors, and the winner 824!

But of course we are very grateful and moved by such generous donations by so many donors! From some of them we got feedback why and how they supported us. I’d like to share some of the most remarkable initiatives with you.

-         I forwarded your email (explaining the campaign and requesting to forward it to friends) to about 40 addresses.  I am curious what the outcome will be.

-         Your letter is doing the rounds and got to me via Ada. I've read your letter with a lot of interest and I am full of admiration about your achievements in Juigalpa. I'm delighted to support your work and have spread the news via the website of  'de Regenboog' (The Rainbow) community in Leiden.

-         Early this week I forwarded your mail to 43 ecclesiae members with a request to make a donation. I know that at least two of them have done so, but hopefully more will do so. I'll know more coming Sunday. It's such a good initiative. Good luck!

A campaign to support our campaign: flee market in Oegstgeest, Netherlands

I became enthusiastic when I got Astrid's letter about the special Little by Little campaign and the 50% top up on each donation up to $50. I walked through my appartment, looked inside my cupboards, and saw many things I no longer use. Superfluous crockery, travel souvenirs from different parts of the world; lots of handicrafts.

So on 13 september I set up a stall in a beautiful sunny garden in Oegstgeest. Many people looked at the ítems, but I did not sell much.  But people did donate in a tin with a picture of Manuel and the text: 'Did you not find anything to buy? We would much appreciate your contribution to Vivir Juntos via the website: www.globalgiving.org/projects/project-ruach-optics

I also put some flyers in the stall and some people said they woulf donate via the site. But I've also received money from friends and family who find it difficult to donate via the GlobalGiving site, so I did it for them. Love, Miek

PS:  Miek indeed passed on all her earnings from the flee market and donations from her family and friends to our Project on GlobalGiving.  Mieke, you are a star!

The power of working together

So much can be achieved if many people all contribute a little. That's why our slogan is: 'Together we can make a real difference'.  We all proved thast again with this campaign. Does that not give energy and a big sense of gratitude? It does that for me. The support we have received is truly inspirational and encouraging.  Maaaaaany Maaany thanks! 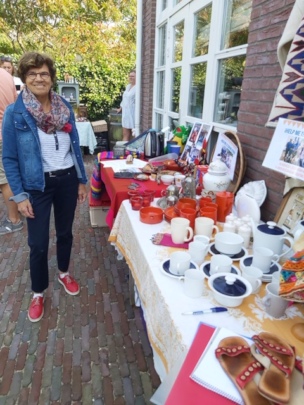 Invitation: Celebrate with us! 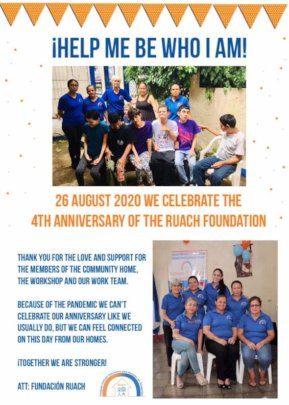 Six years ago we started to dream, to begin a service in Juigalpa, Nicaragua; to make a change in the life of people with an intelectual disability, 15 years and older. A forgotten group still here.  We formed a small group of people to meet and talk it over what we wanted: how, why, with whom...

Four years ago, in May 2016, we started with a pilot activityclub, to give activities to a small group of participants: elaborating piñatas, working in a little garden, drawing, making music and stimulting the talents of every body.

And in August the same year we started the community home. With three core members. Every year new members arrived and now we are full with 7 core members.

We have not fulfilled all our dreams yet. But we are doing a good work and are still in progress.

So, the 26th of August, we'll celebrate the 4th anniversary of our Foundation!

We want to share our anniversary card with you, expressing our gratitud that you are involved in our work. Because we in Juigalpa, and you with financial and moral support, together are making a difference for people with an intelectual disability;  and for society en general.

So, be conected in your heart/ mind with us th 26th of this month!