By Astrid Delleman - coordinator of the project

No activities club for now

On Tuesday the 15 th of May the political situation in Juigalpa was so tense that we had to decide to close the activities club for the rest of the week.

There have been demonstrations in Nicaragua since 18 April in the wake of the Government’s decision to clean up the Institute in charge of collecting pension premiums and paying out pensions. The country went up in flames after many people were killed or injured as a result of the violence used to contain the protests. It was somewhat ground-breaking that many Nicaraguans who for years had tolerated the increasingly authoritarian and anti-democratic government, now took to the streets in protest.

The week after the situation was stable enough in Juigalpa, so that we were able to welcome our ‘compañeros’ again.

On 15 May all shops closed and everybody, except for the protesters, stayed off the streets. The unrest that started in the capital a month ago had leapt to Juigalpa. The riot police were around and a confrontation with peaceful demonstrators seemed imminent, especially those who raised the barricades that had cut Juigalpa off from the rest of the country (there are about 10 places now were they have raised barricades). They only let pass the cars every 2 or 3 hours. Farmers in particular had raised barricades to stop traffic in and out of Juigalpa, to add strength to their demands for reform and for a halt to violence by police and paramilitary groups. They have the sympathy of a lot of people. Although it had a big impact on daily life, because shops were no longer supplied, and neither buses nor private vehicles were able to get in or out of the town. As in other towns, also in Juigalpa, Roman Catholic priests played a pivotal role in preventing violence. They were ready to negotiate and placed themselves between riot police and demonstrators. Although the riot police did not accept it just like that, the campaign of the priests was successful: no blood was shed.

For our community home we stocked up on emergency supplies of food and drink and candles etc. Jonathan, who is autistic, has had a difficult week as he is frustrated by not being able to go outside for his routine activities and by the fact I had to cancel our planned trip to Managua to stay with a friend there.

The 19th of May the national dialogue started, led by the Roman Catholic Church. Many people were somewhat put out by the president’s starting position in the negotiations. After four meetings the bishop announced a pause because it was impossible to achieve some compromises between the government and the civil movements. Demonstration against the president are going on.

Nicaragua has disappeared from the headlines in the international press. But this doesn’t mean that the conflict has gone. Demonstrations still occur daily. Nicaragua is shaking on its foundations. Oh Nicaragua, Nicaraguita……. 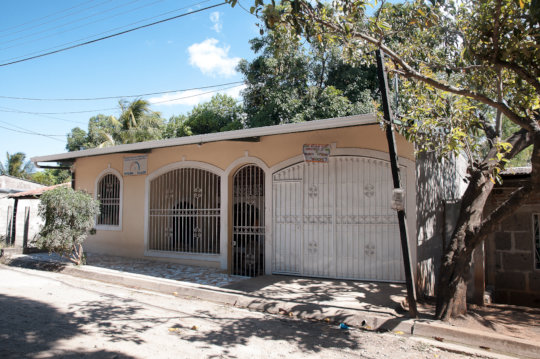 We started the actvities club because there are no facilities in Juigalpa for (young) adults with an intellectual disability to be meaningfully engaged in something stimulating. Most of them spend their lives passively at home. The aim of the club is to offer our particpants activities at their level and to give them a sense of being valuable in society. The society is often harsh, as it judges people on what they cannot do, rather than on what they can do. Let’s not forget that most of us have one or more shortcomings.

This year we went back to running the activites centre only in the afternoons 2-5 pm. During that time we work with different groups of a maximum of 6 participants. Most of the participants are from relatively poor families, and only some of them live in our neighbourhood. This means that most participants need to be dropped off and collected by family members as we do not have a vehicle to do this for the families. That’s OK for now: we do not charge anything for the club and it keeps the families involved. However, the downside is the attendance of many participants is erratic as families are busy with their own lives and do not or cannot always give priority to the needs of their disabled family member. So in the near future we ought to think of alternatives.

We start the club session by looking at who is present and who has stayed at home. We do this with pictures. Then we focus on what day of the week it is. We have a well structured plan for the afternoon with fixed activities. Every activity has its own pictogram which is clearly displayed and changed when we start a new activity. Most activities take about 20 minutes: drawing, making music, doing puzzles or building with blocks. Of course we take into account the skills of our particpants and their powers of concentration. We use a count-down timer (pinger) to help particpants transit from one activity to the next. (I bought a pinger from the Netherlands as they are hard to find here!) We stop for a drink break at some stage, and the participants take it in turns to bring a drink for the group from their home. Some time ago we prepared part of our garden as a nursery for our participants to work in. At the end of the afternoon we make piñatas, an activity especially suited to participants with limited motor skills. We sell the finished products in some shops in town which draws wider attention to the work of our participants and improves the image people have of people with an intellectual disability. Everyone leaves after we have sung our farewell song.

It has been a struggle, but today the good news is that we have found a new person who can be in charge of the activities club! This is really essential in order to improve the quality of what we offer, to contemplate expanding our service and to find creative solutions to problems we meet on our way. So let’s wish Iveth well in her one-month probation period and let’s hope she will soon feel at home with us!

By Astrid Delleman - Coordinator of the project 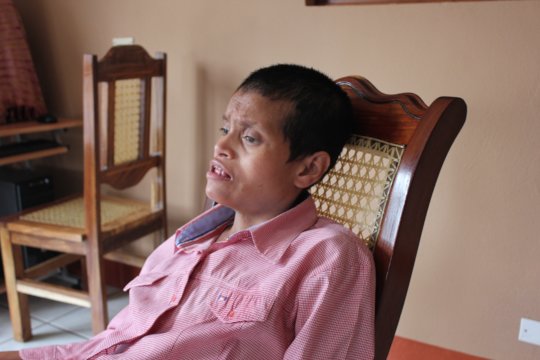 Loyda when she came to live with us two years ago

After Daniel had finished his mug of water he wanted to place the empty mug on the seat of a nearby chair. But because he put it too much near the edge, the mug overbalanced and dropped noisily to the ground. But miraculously Daniel realized what had happened as he looked for the mug.

I wanted to stimulate him, so I said: ‘Grab the mug, Daniel!’ And the second miracle occurred: Daniel collected the mug and put it into my outstretched hand. Wow, this was the first time in a year and a half that Daniel was aware of something that had dropped to the floor, for once shedding his passive attitude! Is he very very slowly opening up to more interaction with his surroundings?

Daniel and Loyda have for years been living with a lack of stimulation. Apparently both of them have a huge intellectual disability. So every day we run a programme to stimulate them, with a focus on making contact. And we are happy to see they make progress. Due to our attention and creativity, Loyda has discarded all her old behaviours such as putting three quarters of her finger up her nose, sucking on her sweater, and licking her arms like a cat, especially after a meal. Generally speaking Loyda is still more wrapped up in her own world than Daniel is. But when I got back from my holiday and tried to make contact with her, I was rewarded with two big smiles and eye contact! It’s great to see that bit by bit she crawls out of her shell!

More miracles in the Nederlands
In the village of Zeeland in a long-stay prison, Willem has taken the initiative to once a week during the period of Lent cook a meal for which people can register and make a voluntary contribution to our work in Juigalpa. The campaign started with 15 guests, then 20, and last week 40 people were gathered around the table! According to an eye witness: ‘It is beautiful to see that so many men of different sections of the institution sit around the same table, even playing host to staff as well as visitors from ‘outside’. We were all equal. Everyone contributed something, either by quietly enjoying the occasion, by saying something personal about what they think of these weekly meals and the Ruach project. Others were full of admiration for those who had the courage to share something personal in a big group. One man said: ‘I cannot stand busy-ness, but I can easily cope with how things are here at this meal. This is a big success.’ Another person said: ‘Many of you will be familiar with films about people who are up against big odds, but for whom finally the beauty of life shines through. Yesterday I saw with my own eyes that these things do not only happen in films. I have experienced that people can really pull each other up and beyond the realities of everyday life.’

A big thank you to all of you who made these small miracles possible, by saying or by doing something, by being with us in spirit, or by contributing financially. Together we can make a difference. 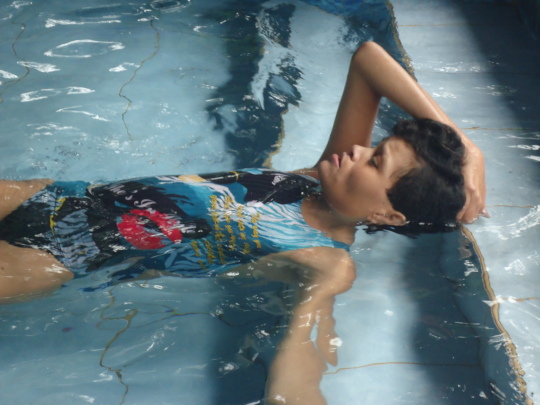 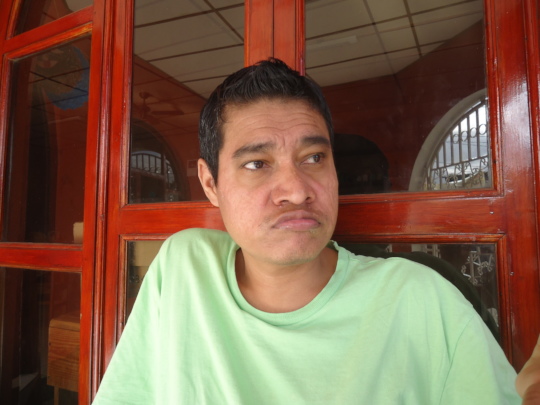 Daniel nowadays
‹ 1 ... 6 7 8 9 10 11 12 13 14 ›
WARNING: Javascript is currently disabled or is not available in your browser. GlobalGiving makes extensive use of Javascript and will not function properly with Javascript disabled. Please enable Javascript and refresh this page.