Your donation brought Sakir's smile back 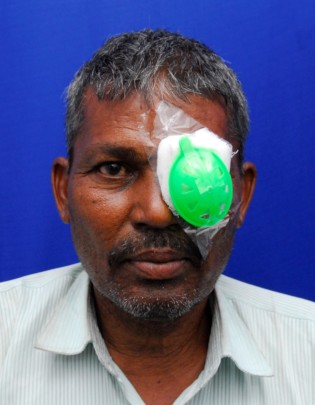 India, with 29 states and seven union territories, has a combined population of a little more than one billion and represents about one-sixth of the world's population. India has more blind people than any other country in the world. Of the 45 million blind people worldwide, Indian citizens number 12 million, 1 million of whom are children. India carries a significant proportion of the world's blindness and visual impairment, with nearly 6.7 million blind people.

Considering the fact that almost 70 percent of blindness is curable, these numbers speak volumes for the poor infrastructure and facilities available in the eye care sector in the county, leading to a very large un-served population. The loss of productivity, as a result, is huge for India – the cost of blindness in the county equals US$ 3 billion annually. The situation in North India in general and Uttar Pradesh in particular is even more dismal. The state has a 1.15 percent prevalence of blindness. A closer look at the causes for this high rate of blindness - cataract (73 percent); refractive errors (9 percent); glaucoma (8 percent); corneal opacity (1 percent); surgical complications (2 percent); others (8 percent) – clearly indicates that with adequate eye care facilities and infrastructure this blindness is preventable and curable and will add considerable amount of GDP to the country, by restoring vision of preventable blindness of the country.

Mohd. Sakir and his family lives in village Akhbarpur, Bijnore, Uttar Pradesh .He has a joint family with brothers staying together and working as farmers. The source of income only comes from irrigation. Sakir was complaining of low vision and went to the mukhiya’s house for help. The mukhiya guided him to visit ICARE organized eye camp which happens weekly in their village. Sakir went to the eye camp where the doctor diagnosed him and found him suffering through cataract which needed urgent attention. Sakir told the counsellor, to which the counsellor told him that the surgery would be done free of cost and need not to pay anything.He was brought to the base hospital in ICARE’s ambulance for the further treatment. After a comprehensive eye checkup, a surgery was performed on his left eye to remove the cataract with Intraocular lens implant successfully. Sakir rejoined his work after the surgery and now is a happy person.

Thank you for restoring eyesight of rural needy

The magnitude of the problem of blindness in the developing world is staggering. Most developing countries are now challenged with a huge backlog of blinded citizens. India has perhaps the largest blind and potentially blind population in the world. This is due to poverty, lack of awareness and unavailability of medical services in the rural India. The social and financial hardships created by blindness gravely affect individuals and families, in particular, and the nation at large.

The Rural Outreach Programme (RPCs) was designed in 1993 for providing modern ophthalmic services at the very doorstep of rural population covering the states of Haryana, Rajasthan, Uttar Pradesh and the slum areas of Delhi, India. Operating on a hub and spoke model – screening and collecting patients requiring surgery from remote Rural Peripheral Centers (RPC’s) and urban slums, bringing them to the base hospital (in NOIDA and Greater NOIDA) and providing them high quality diagnostic, surgical and post operative care at no charge.

Over the last 24 years the hospital has screened 34.77 lakhs and restored eye sight of 2.63 lakhs patients. Out of these total numbers almost 70 percent of work is for Charity.

It also committed for capacity building of medical and paramedical staff to bridge the gap of ophthalmologists/paramedics demand. The continous support from GlobalGiving would support ICARE's vision to upscale its philanthropy to one lakh surgeries annually in near future.

Thank you for brighten a life 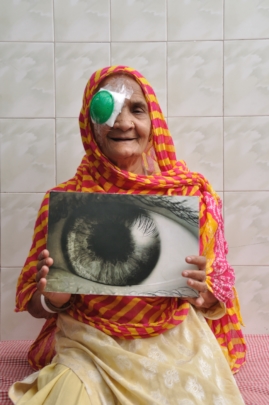 India, with 28 states and seven union territories, has a combined population of a little more than one billion and represents about one-sixth of the world's population. India has more blind people than any other country in the world. Of the 45 million blind people worldwide, Indian citizens number 12 million, 1 million of whom are children. India carries a significant proportion of the world's blindness and visual impairment, with nearly 6.7 million blind people.To address this huge gap in ophthalmic services for the poor, Ishwar Charitable Trust (ICT) was established in 1982 by Dr. Sushil Choudhry in the name of his Late. Mother Smt. Ishwar Choudhry. ICARE Eye Hospital was established in 1993 in Noida under the ICT for providing free of cost eye care services to rural/urban underprivileged communities in the National Capital Region (NCR). Your generous has helped us to restore vision of the poor elderly patients who are admitted for 3 days for cataract surgery. This includes meals, medicines, surgery and transportation from and back to their homes free of cost. You motivate us to give of our best for these needy people. Your kind contribution is deeply appreciated and the blessings of the beneficiaries will always be with you. 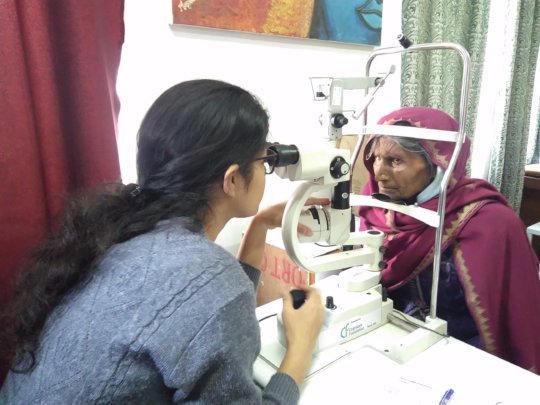 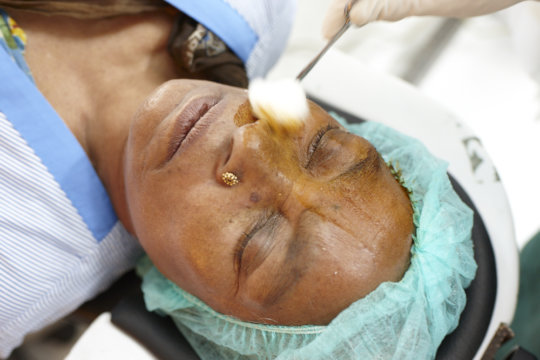 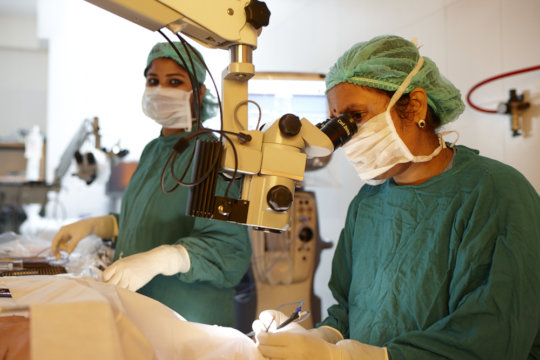 Attachments:
‹ 1 2 3 4 5 ›
WARNING: Javascript is currently disabled or is not available in your browser. GlobalGiving makes extensive use of Javascript and will not function properly with Javascript disabled. Please enable Javascript and refresh this page.