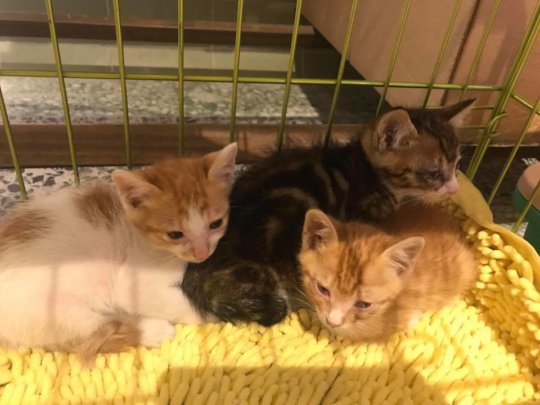 Recently, I need to take care of six little stray kittens; I really feel tired and exhausted. But with the help from Tong Tong (volunteer) for a few days, I can pass some workloads to her; then I can have a break and get some good rest to prepare more future works.

In the mid of May’18, it was so sad that there was a baby kitten was thrown into the sea by a construction worker in Tai O. Fortunately, the neighborhood was noticed and rescued this baby kitten, and then pass her to me for caring. The first time I saw the baby kitten was soaking wet and her body was trembling a lot, she was so frightened at that time. I felt very sorry about her and very angry how come we human beings cruelty treated this baby kitten.                       After a few days, she is fine and getting better; besides, so many people contacted me and wanted to adopt this lovely baby kitten, I know she will have a loving home very soon.

There is good news; the neighborhood of Shek Pik finally wants to do neutering for stray cats in their area (I persuaded and educated them for a few years for spaying stray cats with no luck). It is because they noticed a number of kittens increased past few years and they may not be able to adopt all of them, and turned out those stray kittens were killed by dogs. In my opinion, education is very important to spread the message for treating stray cats and even stray dogs. 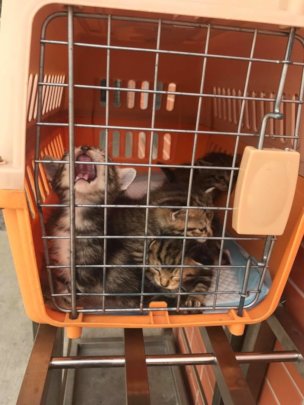 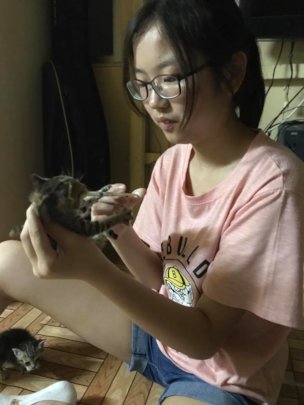 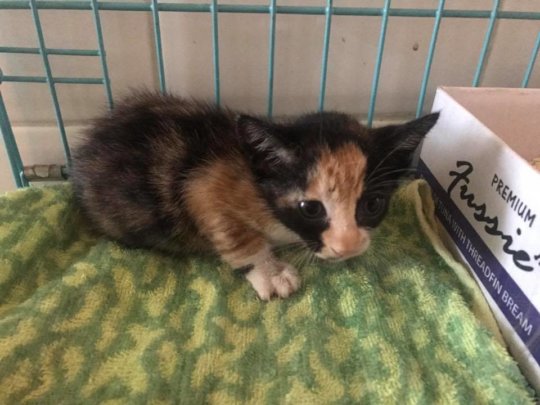 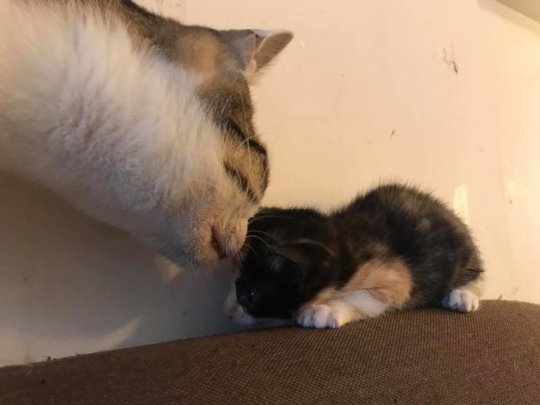 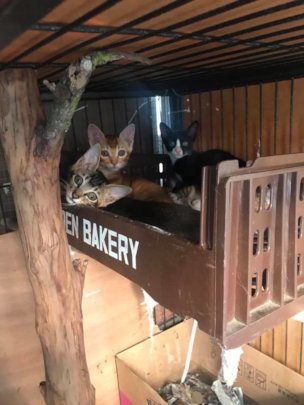 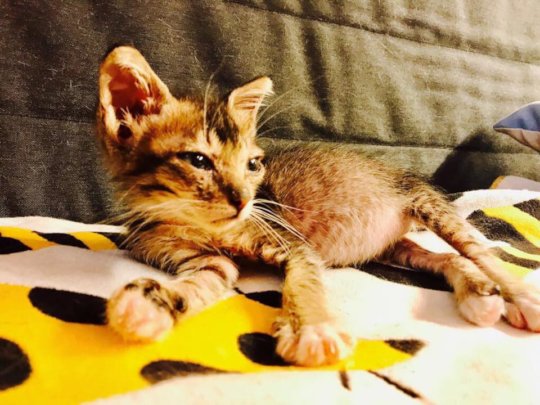 In August 2017, just before the strong typhoon, Pigeon, a week old kitten, Small-bee, was rescued in Mui Wo (Small-bee_1). The Small-bee was very weak and we spent lots of effort to take care of him. (Small-bee_2)

Actually, I don’t know how long will Small-bee last because of his poor health, but I do believe there will be a miracle for Small-bee. Miraculously happened, Small-bee grows bigger and stronger (Small-bee_3), he is very healthy and naughty now. (Small-bee_4, 5)

In fact, many thanks to our brothers and sisters (volunteers) to visit Small-bee and give him love. More than that, I would like to say thanks to Professor Chan, she did some therapies for Small-bee and made him much stronger and healthier. Without their love, care, and support, I don’t think I can survive with this stressful environment and take good care of Small-bee (Small-bee_6)

In my opinion, volunteers are not omnipotent, no matter, we are doing big things or small things; making some money or less money, as long as doing good for cats are important. The outside world is so complicated, especially in the human world; some times we do feel tired to deal with animals and human at the same. Why can’t we learn from cats, then we can handle things much more easier? 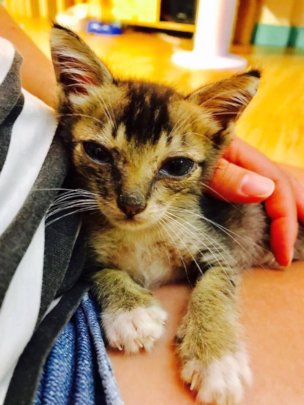 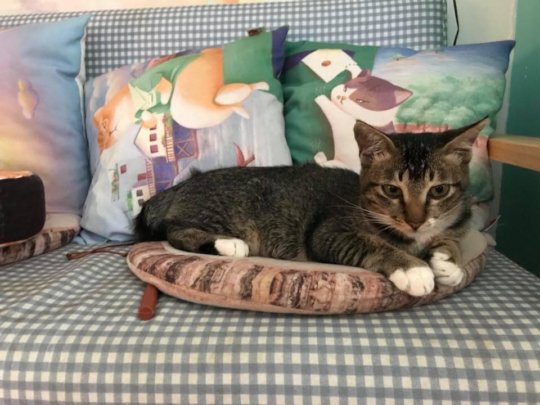 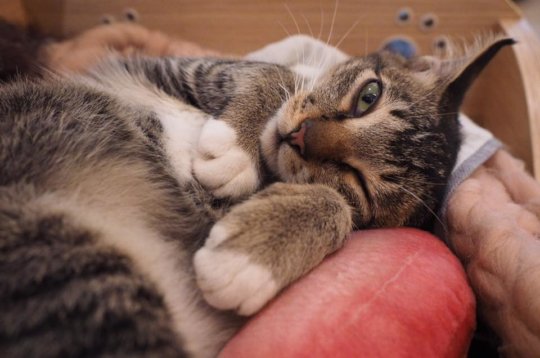 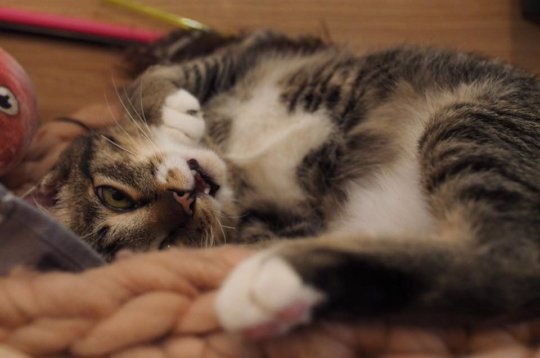 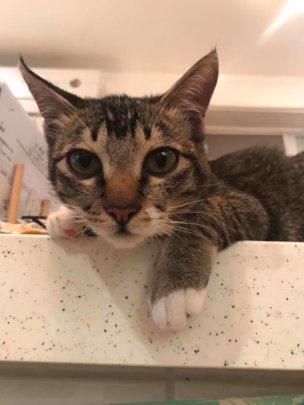 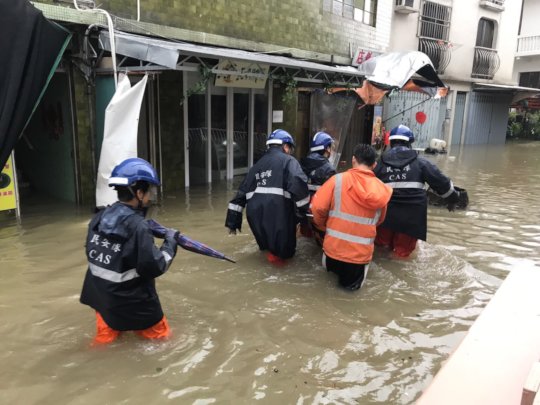 There were many things happened in the past few months in Tai O, it had been hit hard by several typhoons; many house cats were abandoned by their owners, many stray or house cats were bitten by dogs (not sure whether they are strays or house dogs) and died, and so on.

Tai O was affected by several typhoons in the 3rd and 4th quarters of 2017 (Typhoon pic-1,2,3), but with the help of the government and the local residents; everything is back to normal now.

In the mid of November, seven-month old kitten (Home cat-1) was given by an old lady to Tai O Stray Cat Home. She told German that this kitten was picked up from the street by her granddaughter, but they didn’t want to keep this kitten after a few months.

After a few days, another domestic cat, yellowish white cat, (Home cat-2) was abandoned to Tai O Stray Cat Home, German called him as Didi. Until now, he is still scared of other people. For sure, it is not easy for him (Didi) to adapt to the new environment, but maybe better than stay on the street and then will be killed by dogs.

In German’s opinion, she is fortunate to be born in Tai O. Although she does face a lot of challenges and deal with endless tough works, but she does have some times to rest and enjoy such a nice environment and neighbour (Pic – Tai O). 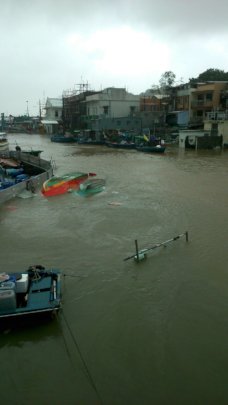 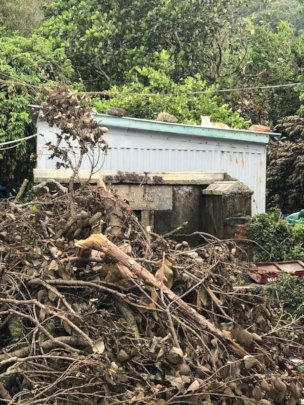 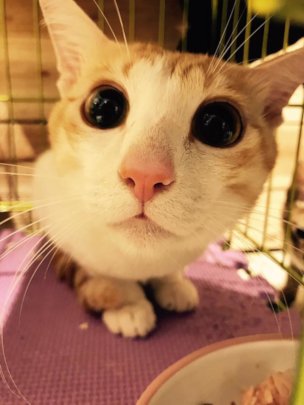 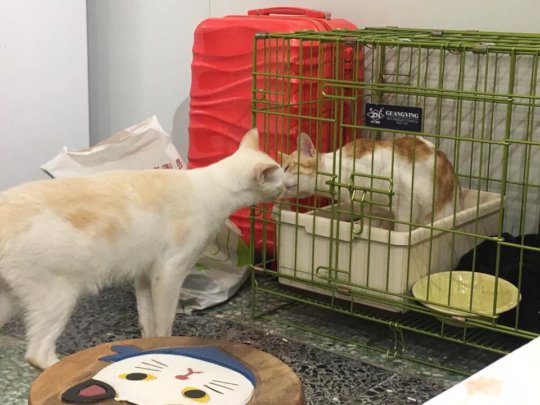 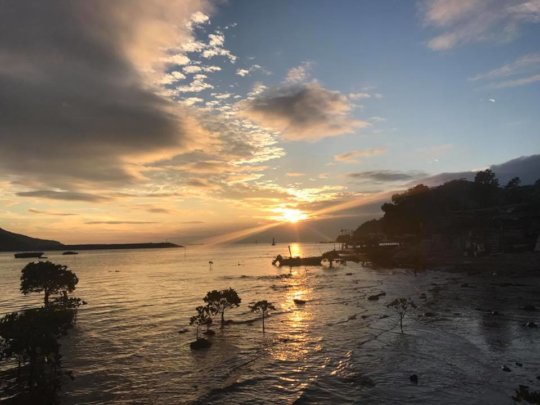 Pic - Tai O
‹ 1 2 3 4 5 6 7 ›
WARNING: Javascript is currently disabled or is not available in your browser. GlobalGiving makes extensive use of Javascript and will not function properly with Javascript disabled. Please enable Javascript and refresh this page.