Knowledge sharing and partnership for construction 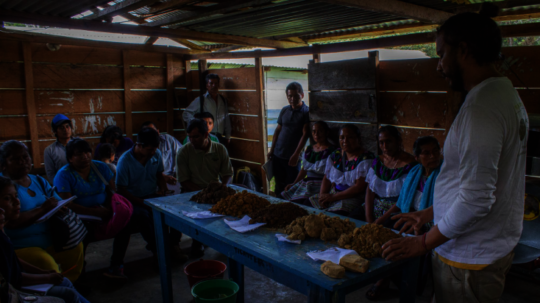 The Comprehensive Habitat Reconstruction project has been developed along three stages with communities of the Montaña region of Guerrero, affected by the hurricanes Ingrid and Manuel in 2013. The first one focused, mostly, in addressing the emergency after the disaster, through the recovery of traditional knowledge and self-productive capacities to increase the habitability of the people affected in the community of El Obispo. For the second one we extended the project to San Miguel, Moyotepec and Laguna Seca, where we identified the need to emphasize the formative area of our work.

During the third phase —started in 2017—, last trimester we concluded the construction of the Indigenous Education Center in La Ciénega, while the foundation of the other Center in Ojo de Agua also finished. However, it has not been possible to continue with the construction process since May, due to the raining season.

Both constructions were led by Grabiel Cantú, who started collaborating with Cooperación Comunitaria AC (CC) since 2013 to learn the reinforcement model and rebuild his home. He has also contributed to increase the constructive capacities of other people in the region.

Additionally, we continued working with students from the Intercultural University of Guerrero State, as part of the agreement signed a year ago to strengthen the recovery of traditional knowledge with young people from different communities, through theoretical and practical workshops that raise awareness of the importance to use eco-techniques, such as waterless toilets, firewood saving stoves, and about the reinforced housing model.

As part of this process, we started to plan the construction of a sustainable classroom built with reinforced adobe to include all the ecotechnies proposed by CC. This will work as an exhibit house to show the reinforced model in a community with better access, since the other places where we started the project are harder to reach.

Besides strengthening our relationships with key actors in the region, we also consider important to foster the exchange of knowledge between inhabitants of the same area and with other people from other parts of the country.

For this, we have enabled the encounter between a Me’phaa indigenous association of organic producers from the Montaña of Guerrero and the Tseltal organization Caretakers of Mother Earth from the municipality of Chilón, Chiapas. We decided to work with both groups because their job already includes training between communities of the same region they inhabit.

The first part to share constructive and productive knowledge was developed in April, when eleven Caretakers visited Guerrero; and for the second part, the Me’phaa association visited the jungle region of Chiapas in May.

During both visits, multiple workshops took place not only about agro-ecological techniques but to deepen into earth construction, from an introduction to each of its elements with the pedagogical tools developed by CRAterre —an organization focused in disseminating earthen architecture— to a methodological practice to identify different types of earth; as well as a detailed insight into the model proposed by CC. All of these activities were given by our specialized team along with the community promoter Grabiel Cantú.

Later on, in July, we attended to an informative forum where several organized groups in the region participated. This allows us to get to know the context where we work.

And finally, in August we went to plan the reactivation of activities in the construction at Ojo de Agua when the rainy season stops. Also, we met with the community of El Tepeyac to talk about the possibility of building a center to share knowledge. 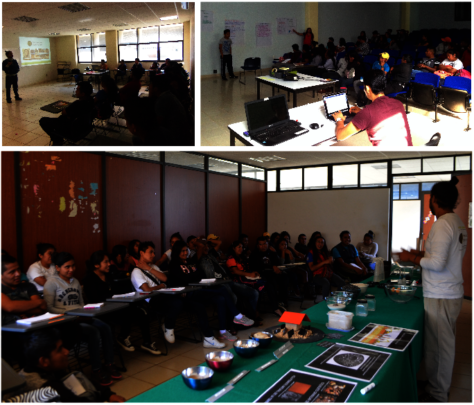 Workshops at Intercultural University of Guerrero 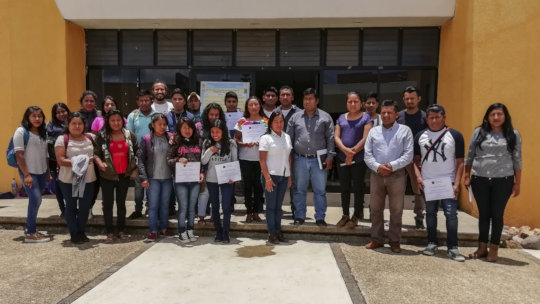 Students of the Intercultural University 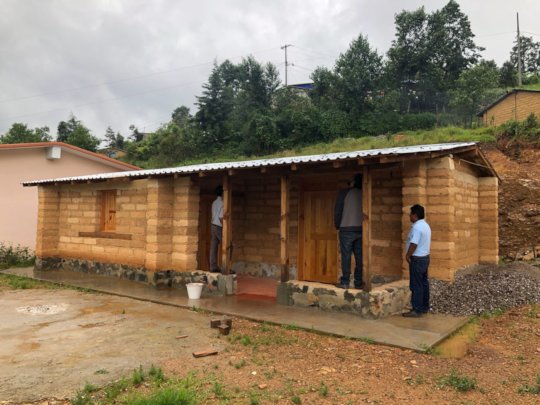 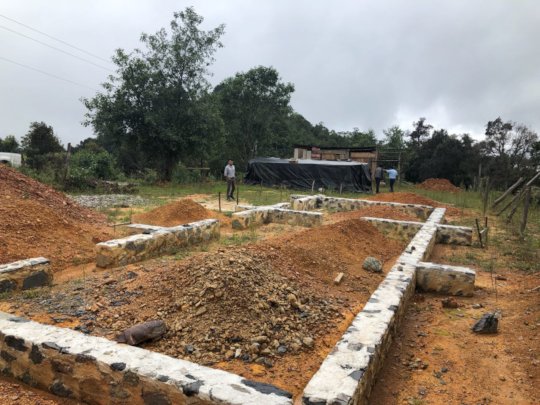 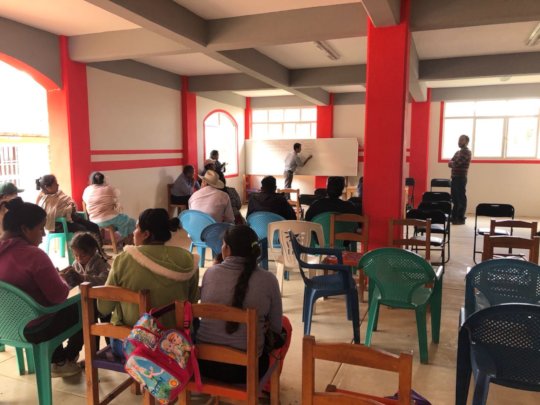 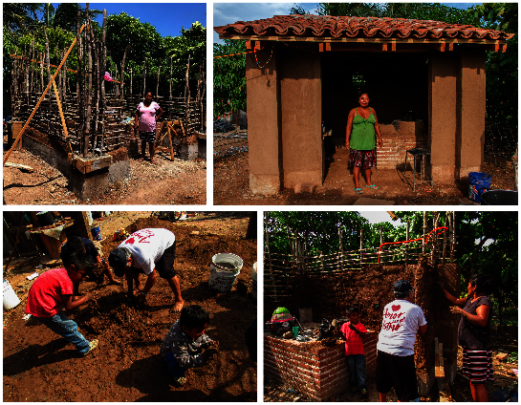 Construction of Venancia's kitchen as a workshop

When we arrived to Oaxaca, after the earthquakes in September 2017, we developed the Comprehensive and Social Habitat Reconstruction project along with different communities in the Isthmus of Tehuantepec region.

As a result of the first phase of diagnoses, we decided to focus on the construction of the bases of comixcal ovens, used to produce a kind of tortilla toast called totopos, which is one of the main economic activities of the women in the region.

This way, we seek to contribute to the reactivation of local economy, while the process of housing reconstruction advances, as well as the construction of the first Center of Arts and Crafts (CAC or CAO, in the Spanish abbreviation) in Ciudad Ixtepec.

As part of this need to strengthen local productive activities that collapsed due to the earthquakes, we also proposed to build 34 bread traditional ovens, used for self-consumption as much as for commerce. In july, we started with ten people who have a wood shed where the constructive process wouldn’t be affected by the rainy season. Until now, three bread ovens have been finished.

At the same time, we started the construction of kitchens, a productive and family space used mostly by women. The first one was concluded with Venancia and her family, process that served as a hands-on workshop for other women to contribute to the construction by preparing the mud to fill into the walls, and to learn the constructive technique in practice, since they have already observed the process in the CAC construction. This working dynamic constitutes the second school-kitchen done in the region, since the first one was built in the municipality of San Francisco del Mar in the beginning of 2018.

All of this has resulted from a second phase of diagnoses, developed in May, when we could identify that, although most of the kitchens in Ixtepec are still affected, some of them have been rebuilt with perishable or industrial materials, which increase thermal sensation inside, in temperatures that raise up to 45 degrees Celsius, and their structures are not safe, so women lack of a secure and appropriate space.

After this, we implemented workshops of collaborative design in Ciudad Ixtepec, but also at the municipalities of Niltepec and Santa María Xadani, where participants proposed the materials and shape needed for the kitchens to be fresh, ventilated and comfortable. At the end, they decided to build with mud, a tile roof and bricks for the floor.

This is how we started working with 42 women in Ixtepec and Niltepec that are willing to do collaborative work in the construction of their own kitchen, as well as supporting others’ building process. Besides, 22 women in Santa María Xadani will participate in the reconstruction of traditional comixcal ovens.

Along with the people involved in the project, we decided to use the technique of bahareque cerén for kitchens and the CAC, since it recovers the tradition of building with wood and earth. In this case, the use of trunks (from young trees) is substituted with sticks, which contributes to diminish the severe deforestation in the region —that we identified throughout the project— since it only requires trimming, instead of cutting down the whole tree.

This technique comes from El Salvador, and its resistance to earthquakes has been proven in different regions of Latin America, so it has been adapted by the technical team of Cooperación Comunitaria AC to resist the meteorological conditions of the Isthmus.

In the Center of Arts and Crafts, we have led several workshops with voluntaries from different parts of the country, and people from the community, so they can learn the reinforced technique of bahareque cerén (a framework of wooden rods with a stone base, covered with mud and a tile roof) and contribute to the construction.

Advancement in the housing reconstruction

In the case of housing reconstruction, our team led 30 structure reinforcements —from 44 planned— that provide resistance against the strong earthquakes and winds in the region. Also, from 18 constructions of traditional houses proposed, 7 are already in the roofing process to be concluded.

As part of this process, many activities of mutual help have been developed with the participants of the project to support the building advance of each others' houses, such as making natural paint and sealer for the bricks and walls. We also visited the finished houses for each family to share their experience during the process, and for others who haven’t finished to solve their concerns. 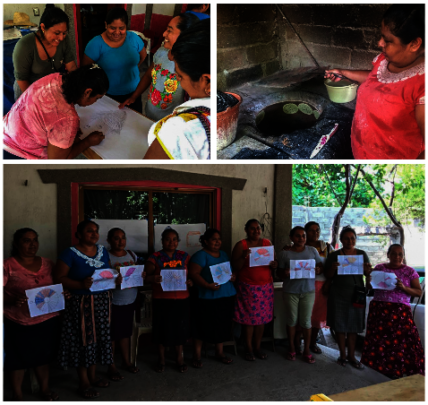 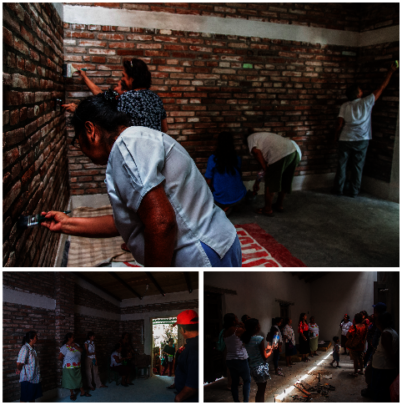 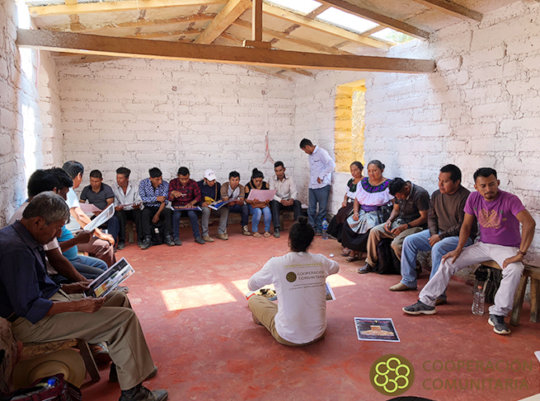 So far, we have concluded successfully the constructive process of the first Indigenous Education Center on reinforced adobe technique in La Cienega Community. The second one has started in Ojo de Agua, and until now we are on the foundation stage. Adobes has been produced by the community and are ready to be placed to raise up the walls, but we must wait for the raining season to finish.

Meanwhile, we are doing some other activities for capacity-building, such as Workshops for “Secure houses” where we work to increase the consciousness related with constructive skills and revalue adobe as a resistant material. There is so far a reach of 650 people who have known the technique of reinforced adobe around the region.

Furthermore, we are doing outreach activities through the broadcast of an awareness campaign we produced, by a local radio station in Spanish and local language (Me’phaa). We made radio clips addressing the following topics: Deforestation effects and prevention measures; Cause and solution for landslides; Secure settlements thru Adobe reinforced houses; Right to housing; The use of agrochemicals and alternatives. In addition, through this period, we settled new alliances with other community radio stations, looking forward to reaching more people.

On April and May, we had the great opportunity to link two projects where we are implementing currently, as we accompanied the exchange between a group of stakeholders (Tzeltales) whom we are working with in Chilón, Chiapas and the group of Guerrero, as part of the Self-construction project for the Training Centers in Adobe for the sharing of constructive knowledge in adobe and products in agroecology, respectively. So, on April, people from Chiapas came to Guerrero in order to impart training workshops of organic and ecological farming, where also we imparted the workshop with the teaching kit of CraTerre, research laboratory for earthen constructions.

The continued construction in the Mountain of Guerrero has allowed to strengthen the housing model through new proposals in the architectural program and to promote consciousness of constructive techniques, local materials, environmental impacts and social habitat production.

We thank you for your generous contribution to the communities of the Mountain of Guerrero. 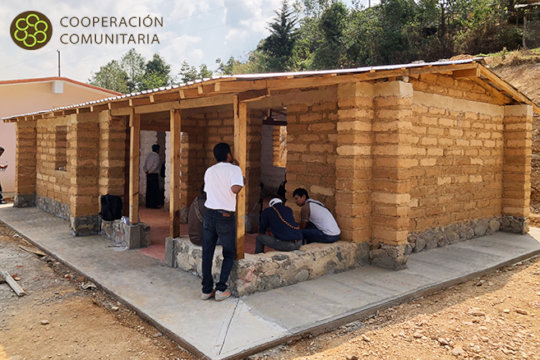 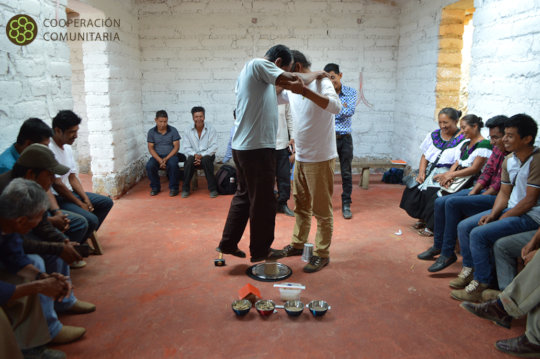 During hands on soil constructions workshop 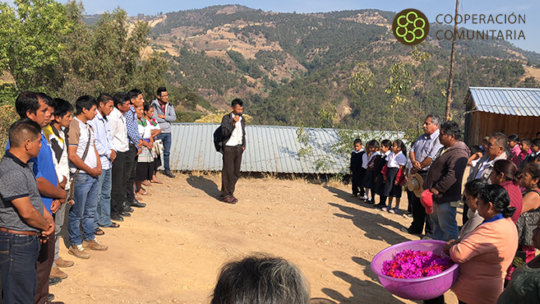 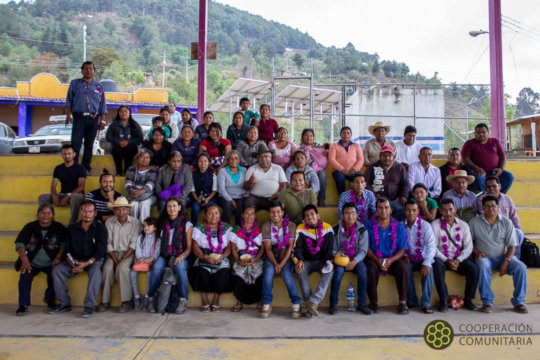 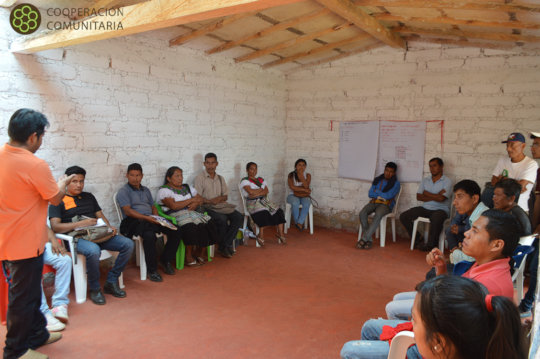 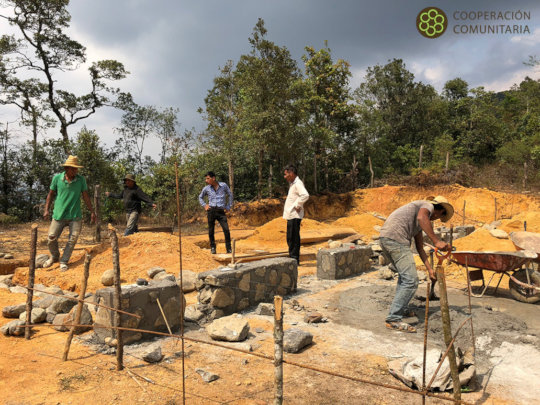 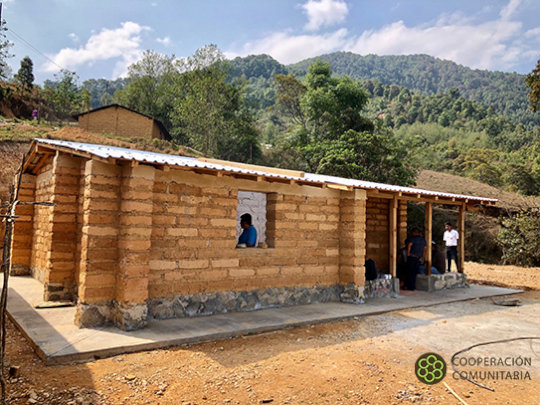 Tzeltales from Chiapas visiting the Center
‹ 1 2 3 4 5 6 7 8 ›
WARNING: Javascript is currently disabled or is not available in your browser. GlobalGiving makes extensive use of Javascript and will not function properly with Javascript disabled. Please enable Javascript and refresh this page.