UPDATE: Two CARE Facilities Out of Service in Syria 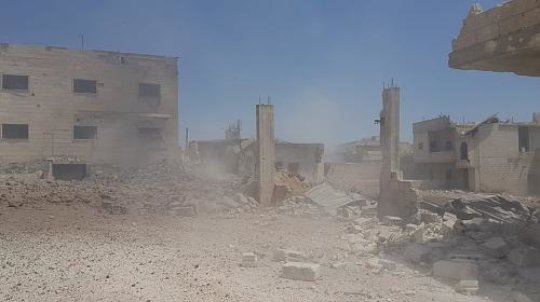 Amman, 30 May 2019 – The spike in violence in northwest Syria has forced CARE International to suspend some of its aid provision, including at healthcare facilities and community centers for women and girls. Two CARE-supported basic obstetric health facilities, that serve some 180 women on a daily basis, each sustained damage for the second time this month, rendering them both inoperable, when a missile struck 10 meters away from the first health center on Tuesday another missile landed 50 meters away from the second on Thursday.

“The last five weeks have been characterized by indiscriminate bombing on civilians and civilian infrastructure in northwest Syria. Our healthcare facilities have been damaged and suspended due to the hostilities, affecting hundreds of women, who are in dire need of basic maternal healthcare. All parties to the conflict are legally bound to comply with International Humanitarian Law. We call on them to spare hospitals and healthcare centers, as they are fundamentally and legally obliged,” said Aleksandar Milutinovic, CARE’s Syria Country Director.

Three CARE-supported reproductive health facilities and another two community centers for women and girls have been affected in southern Idlib and Aleppo governorates. The five facilities served an average of 8,500 women per month. They are part of the United Nations Humanitarian Deconfliction Mechanism, which informs the Coalition Forces, the Republic of Turkey and the Russian Federation’s military forces of humanitarian static locations and humanitarian movements to mitigate the risks of being targeted or hit by an airstrike.

“The shelling has concentrated on service centers such as bakeries, health centers, educational facilities and places of worship, as well as residential areas. Many of these have stopped operating completely or partially, because of the risk of shelling. This has led to increased displacement, without the availability of shelters. People are sheltering under olive trees, in the open or on roads,” said Jamal, who works for CARE International in Idlib.

According to the UN, heavy shelling and aerial bombardment have resulted in the confirmed deaths of more than 160 civilians and the displacement of some 270,000 people in May. A total of 21 attacks on healthcare facilities have been reported by the World Health Organization, since April 28th. Fear of being attacked has led to at least 50 health facilities, including the 21 attacked, to either partially or totally suspend services. Some 25 schools are reported to have also been impacted by the violence, as well as markets and at least three sites for displaced people.

“We are witnessing villages become empty of their residents. Our Syrian partner organizations do not have the capacity to scale up at the current rate of displacement. The response is stretched. These humanitarian workers are civilians with families and children. They have also become displaced, resulting in further disruption to the aid response. Civilians must be protected to prevent a humanitarian catastrophe from unfolding right before us,” adds Milutinovic.

Rana, 29, is the Director of a CARE-supported center for women in Idlib, run by its partner Syrian organization, Women Now. “My husband left with our 18-month-old daughter and I have not seen them for a week. I stayed here with my 8-month-old son because of my job. I am packing some basic items for us to leave this area when the airplanes and shelling stop. There is no safe place left in Idlib. Most people are dying in their houses.”

Since 3 May 2019, CARE has reached over 70,000 individuals in northwest Syria, with clean drinking water, food rations, mobile health clinics, psychosocial support activities, personal hygiene items, cash assistance, shelter rehabilitation and makeshift shelter items, including plastic sheets, mattresses and blankets. As the humanitarian situation continues to deteriorate, CARE and the organisations it partners with in Syria will be scaling up the humanitarian response further in the coming weeks. CARE will continue to monitor the situation and work with its local partner organisations to ensure that the aid response is timely and coordinated. 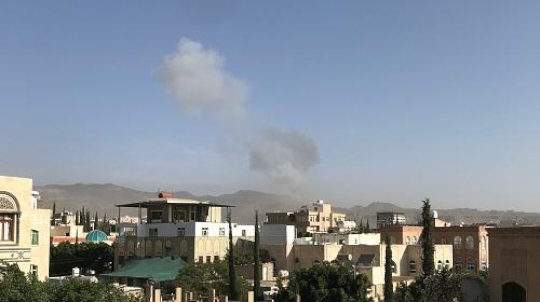 SANAA (May 16, 2019) – Hours after the UN Security Council heralded the success of the handover of Hodeidah port as a vital step in the peace process, intensive airstrikes launched on Sana’a this morning have shattered any glimmer of hope for peace in the near future

“We woke this morning to a terrifying storm of bombs in Sana'a, one of which fell not far from our house rattling the windows and floors,” says CARE’s Alexandra Hilliard in Sana’a. “We could see smoke rising from the mountains across the city. We heard later that almost an entire family was killed in a residential area. It’s tragic to think that this family who went to sleep last night will never wake up again."

Thursday morning saw 19 airstrikes on Sana’a, leaving an estimated seven people dead – including four children – and 58 injured, including women. There have been 20,000 airstrikes in Yemen since the conflict escalated in March 2015. According to the UN, well over 200,000 people have been killed by fighting, malnutrition, disease and lack of basic services due to the war. A child dies every twelve minutes.

“As airstrikes, landmines and ground fighting continue to kill innocent people across Yemen, the peace process appears increasingly fragile,” says Hilliard. “CARE urges all parties to the conflict to consider the enormous toll faced by the women, men, and children of Yemen. That this has happened during Ramadan, the holiest month in the Muslim calendar, makes these attacks all the more horrifying.”

CARE has worked in Yemen since 1992 and is one of few international aid agencies continuing to deliver humanitarian services in Yemen. CARE staff are working tirelessly to ensure that people in the hardest-hit and most hard-to-reach areas have access to emergency supplies to help them meet their basic needs. 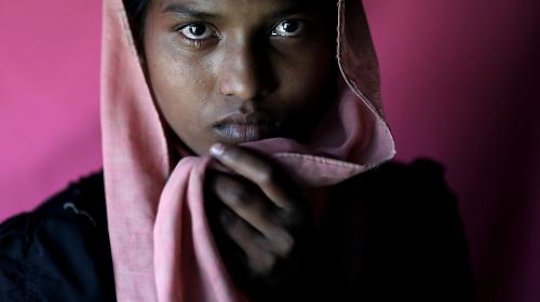 Amid an unprecedented global refugee crisis, girls are suffering the most, according to a new report released on International Day of the Girl by the humanitarian organization CARE. Titled ‘Far from Home: The 13 Worst Refugee Crises for Girls,’ the report highlights not only the unique threats faced by the more than 17 million girls displaced globally but also the inspiring ways girls are overcoming those barriers. The Syria conflict leads the list, followed by displacement crises in the Horn of Africa, Afghanistan, South Sudan and the Lake Chad Basin.

“What’s one of the most dangerous things to do in the world? Be a girl in a refugee crisis,” says Michelle Nunn, president and CEO of CARE. “Girls are strapped with explosives and turned into human bombs in Nigeria, married off at alarming rates in Yemen and subjected to sexual violence in conflicts from South Sudan to Myanmar. On International Day of the Girl, we must recognize that reality, work to change it and celebrate the inspirational girls who, though far from home, are far from helpless.”

CARE’s report highlights the stories of girls such as Walaa, an aspiring Syrian filmmaker who is telling her own family’s refugee story, and Marwa, who was once forced into child labor in Jordan but now has a chance to attend school and pursue her dreams. CARE is urging its supporters to sign a petition and call on lawmakers to protect U.S. foreign assistance that saves lives and equips girls with the tools they need to overcome the threats routinely faced in emergencies.

In concert with International Day of the Girl’s official UN theme this year — empowering girls in crisis — the multimedia report lists the worst refugee crises for girls that have started or grown worse since the UN created that special day for girls 6 years ago. The crises are ranked in order of total girls displaced, both across national borders as refugees and within their countries as internally displaced people, or IDPs. Read the report and share it at care.org/farfromhome.

The statistics are startling. CARE has found that as many as two-thirds of women and girls have suffered physical or sexual violence in conflict-ravaged areas of South Sudan. Girls are 2.5 times more likely to be out of school in conflict-affected countries than their counterparts in conflict-free countries. And in Northeast Nigeria, Boko Haram is four times more likely to deploy girl bombers than boys. Meanwhile, early marriage rates have soared during the war in Yemen: now more than two-thirds of Yemeni girls are married off before they turn 18.

“The epidemic of human displacement is the great humanitarian challenge of our time, and girls are bearing the brunt,” Nunn said. “They are strong and courageous, and on International Day of the Girl we must remind ourselves to help them overcome some of the most difficult circumstances on Earth.”