To all powerful women 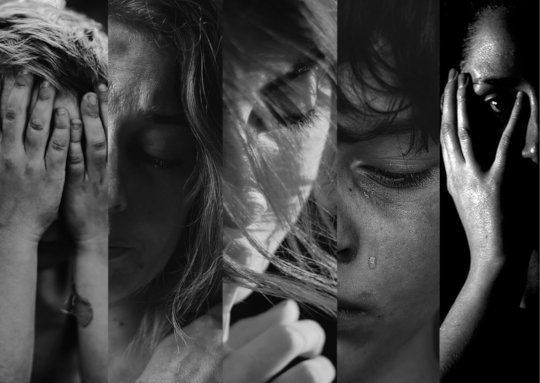 Anybody can be a victim of human trafficking. Anyone can be a trafficker. In our practice we have seen all kinds of organized crime. We’ve witnessed a whole family being involved in recruitment and exploitation, or to a trafficker being a well-educated man, with two university degrees (one of which was from the faculty of orthodox theology), or being a manager in some bar.

One thing that most of the cases we work on have in common is the fact that 70% of victims had experienced domestic or partnership violence in the past.

Our client Ana was from poor family in which she faced domestic violence from parents, who then sold her to a man living abroad named Ivan. He was brutally abusing her, and his wife Djina. Primarily Ana was sexually exploited, but often she was forced to beg and do criminal activities, while Djina was forced to do housekeeping without possibility to choose when, what, for how long and how much she will do that day. Both Ana and Djina had only one meal per day, and Ivan was forcing them to have sexual relations with him regularly. One day Ana took the risk and managed to escape by pure luck. She grabbed her documents while Ivan was sleeping, took some money, hitchhiked to the nearest bus station and bought one-way ticket. She was barely 18.

She found the number of ASTRA SOS hotline on the Internet. She was too scared to press charges against the trafficker or to do anything that might expose her and let Ivan or her family know where she was. ASTRA helped her to obtain personal documents, referred her to the local social welfare center, and arranged for her medical exams. It took time and dedicated work, but in a few years she became a strong young woman ready for a next chapter in her life. ASTRA consultants maintained regular contact with her, and on one occasion she shared with us that she found a boyfriend and that they were planning to go to Germany for work. We gave her all the relevant, preventive, information and wished her all the luck.

Ana and her husband had a child. They worked in Germany and built a house in Serbia. One day, 4 years later, she called us and asked for help as well as to be taken a safe house because, her partner beat her up. Nina, her little girl, was in the other room.

In communication with the police, partner organizations, and local welfare center we managed to help her. Later on, when we met with her to make a safety plan, she told us that it was not the first time her partner was abusing her. She told us that she had to put up with that because he was providing for her, he was building a house for her and because he was a man, and she was a woman.

In that moment we realized just how much her belief system was shaped by the patriarchy as well as by all the experiences of violence, firstly in her primary family, later with Ivan, and finally with her second partner.
We had to add to our recovery plan one more thing, maybe the most important one - she needed to know how strong and capable she was, that she is an example to her daughter, and to all the women out there, who are suffering in situations of domestic and partner violence, but manage to survive, to call for help, to find a way out. 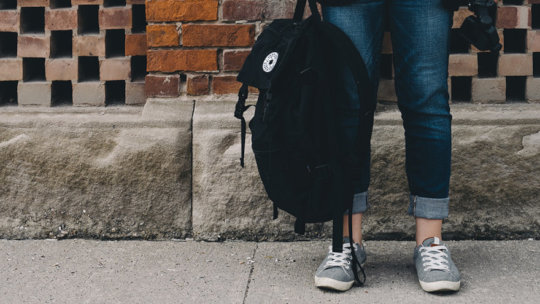 When Suzana first called us, we were not sure if we could help her. Her niece, Olivera, had troubles at school. She is 11 years old and she is in the fifth grade. Olivera has three lowest grades from different subjects, reprimand of the class teacher and many unattended classes without due justification. Also, she often threats that she would quit school and run away from home.

During a few phone calls with Suzana, we realized that there is an obvious reason explaining this kind of behavior. Olivera went through a very difficult transitional period over the last few months and in all that time everyone did what they thought “it is the best for her“, but no one really asked her what were her wishes, her needs.

Olivera’s parents divorced recently and since then she lived with her dad, Marko. Meanwhile, her mom re-married and had a baby. Three months ago, Marko had to go to work abroad since he lost his job in Serbia, so Olivera went to live with her mother and her new family. Additionally, she changed school, so everything was new and unfamiliar to her. She did not fit into her new class, she did not make any friends and she started to skip school. Her classmates bullied her, she could not keep up with class readings and she had not had whom to ask for help. Her teacher did not seem to care is there a bigger problem that is bothering Olivera, so she just kept giving her bad grades as a „learning lesson“.

We suggested Suzana that as a first step she should talk to Olivera, sincerely and without criticizing her. Instead, she should just ask her what seems to be wrong and offer her help. Also, we pointed out how important is to trust Olivera and support her.

As soon as they started communicating, and treating Olivera’s problems with due seriousness and respect, things proved to be quite clear. Olivera explained how the current situation is quite difficult for her – her father is away, she does not have her old bedroom, she is feeling like a stranger in her mother’s new home and the workload at school is hard to keep up with. Secondly, we supported Suzana in her idea of a joint visit of Olivera, her mother and herself to the teachers in order to ask for support. Additionally, as a sort of a „midterm solution“, we connected them with an organization who are specialized in providing support to children and their parents.

Currently, Olivera regularly attends school and she studies on a daily bases with the help of her aunt, as well as with those of her mom and her teachers. Now when she talks about her mom’s new family she considers herself as being a part of it. She still misses her dad and cannot wait for him to get back from abroad.

Of course, this family, has a lot of work to do, but, for all those stories who are similar with this one, the key message is: do not forget to ask your kids how they are feeling what is it that you could do in order to help them?

Based on ASTRA’s experience and the calls we receive via our SOS Hotline, one of the most common methods of recruitment of trafficking victims is through promise of a job. Through job offers, found either on Internet or by word of mouth, alleged employers advertise their need for workers of various profiles, offer uncommonly high wages, visas and work permits (if needed), free accommodation and oftentimes no particular qualifications are asked for. These offers do not necessarily need to lead to a trafficking situation, but instead to unregulated work „in the gray zone“, jobs with very poor working conditions (in extreme cases labor exploitation), or simply financial fraud. According to ASTRA’s experience in the field, as well as the results of our studies show, young people are proven to be at major risk of falling victim to trafficking.

In October, ASTRA received a call from a young woman who found a job offer on the Internet for a waitress in Austria at the sort of a bar/casino. She contacted the man who announced the offer over a social platform and, via a video call, he showed her the bar, the clientele, as well as the waitress whom she will substitute. Based on all information she provided us with, and ASTRA’s contacts with partner organizations in the Austrian city of destination, members of ASTRA Victim Support Unit checked the legitimacy of the offer, employer and destination. We learned that in that Austrian city there is no bar under such name as advertised in the offer, instead, at that address, there is a private house with extensive surveillance system. Since the woman still insisted on accepting the offer, we forwarded her all the contact numbers of local organizations she could contact should she be in any danger or a problem. ASTRA’s contact with this client lasted for several days – as soon as new information regarding the offer would appear, she would try to find a justification for it and still insisted on accepting the job. After having the last talk with the potential employer, some „red flags“ arose. Namely, he mentioned that once she arrives it would be better not to leave the workplace, so „not to attract the attention“ (as she would be working illegally, without visa and other necessary documents). Also, the clients in the bar are known to be „quite pushy and flirty“ so she should know how to refuse them. Finally, the woman was supposed to share the room with her employer and besides being a waitress, she was expected to cook for him.

Once the client was at the disposal of all the necessary information, and once she was supported in her efforts to make an independent, well-informed decision, she decided to decline such a risky offer. In ASTRA, we firmly believe that access to information, patience and support empower people, most of the times it is the only thing that takes for people to take their life in their own hands.

Within SOS Hotline and Direct Victim Assistance Program, ASTRA provides preventive information on the problem of human trafficking, safe migrations, provides victims with various forms of help and support, but also informs citizens about possibilities and conditions for safe and legal work in the country/abroad and checks legitimacy of the employer, destination and the offer.

In 2018, 21% of all calls ASTRA received were of preventive nature.