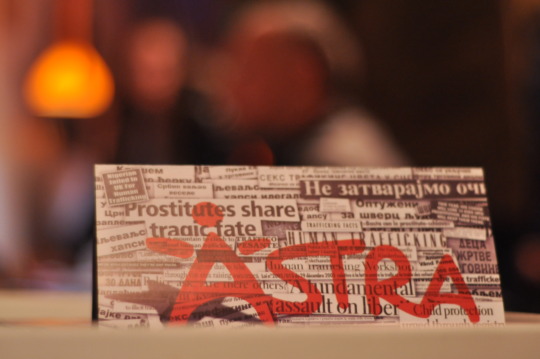 A young woman contacted ASTRA for help. She was in a big problem and she needed someone to help her. She started talking, while tears were running down her face.

She told us her story, a story that seemed like it was from some fiction or a book. She was exploited for couple of years, and the only thing that kept her going was her son and her wish to see him again. "I can hardly believe myself how many things we can all endure". She was far away from her son, locked and tortured, her life depended on someone else, but her memories kept he going. She new that one day she would see him again. It all seemed like a bad dream that would end one day. And it did...

One day, she met a man who helped her escape and return to her family. She found ASTRA's phone number on the internet and she called. She was still afraid for her life, for her son's life, for everything that was coming her way, but she new that she couldn't be able to fight alone. She had a problem trusting people, even ASTRA and the police. She was informed about her rights, and what we can do to help her. At first she hesitated. After the first meeting she said she would think about it and that she would call again. We did not want to pressure her, because we knew what kind of trauma she suffered and that her trust in other people was violated. We knew she needed some time to think and reflect. After a month, she called again...

She said she needed someone to share with her fears and nightmares that have been torturing her. And that's how it all started. She was provided with medical and psychological assistance and other relevant institutions got involved to help in her protection.

She is coming to ASTRA on regular basis now, because she finds a peace and comfort here. Her life is stabilizing bit by bit and one day she will be able to continue where she left off, and a smile in her face will replace tearful eyes.

Together we can make the difference

By Danijela Nikolic - Counselor on the 116000 line in Serbia 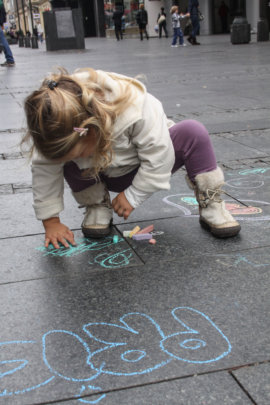 At the beginning of each year, we look back at the last year, to our achievements and lessons we learned in order to make a plan for the following year. So far, the biggest number of calls referred to European number for missing children was in regards to runaways and un-accompanied children. Out of 33 reports that we received in 2016, in 22 cases children were found, while the others are still missing. In 2016 we received the highest number of calls so far, which shows that this number is being recognized by institutions and citizens as a relevant number.

Anyone who works on the SOS line, especially on the line for missing children, knows that those are not just numbers, but stories and human destinies.

In one case, a social worker called us to report the missing of a 15 year old girl, who she suspected could be a victim of human trafficking for the purpose of forced marriage.

In our line of work we learned that stories often start the same: a girl meets a boy, and a boy meets a girl. She thinks she was in love and everything is great at the beginning. Until, it is not anymore…

As the mother of the girl told the social worker, she feared that the family of the boy the girl was with could take her abroad and exploit her there. Mother feared it could happen any day soon, so she urged for the assistance. She did not know the exact address, but she knew in which part of the city they could be.

Social worker suggested that besides contacting the police, she contacts ASTRA as well through line for missing children, which she accepted instantly. In cooperation with social worker, we responded quickly and informed all other institutions in order to find the girl as fast as possible.

The police was informed and local social welfare centre was also involved in order to prevent any possible exploitation. In a matter of a day, the girl was found, safe and sound and she was reunited with her family.

-          “Thank you for reacting so promptly and for helping find my daughter. She is fine now. If she left, I fear we would never see her again. I can’t even imagine that”, said the mother when she contacted us.

Finding a child is always a priority and it asks for instant reaction of all relevant actors, institutions and the community in general.

"You are not alone, you have ASTRA" 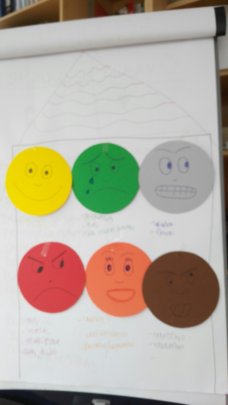 ASTRA runs a Day Center for children from Residential institutions, where we organize different workshops for them. A 14 year old girl came to one of the workshops that we organized, it was her first time here. When we spoke with children about the work we do and human trafficking issue and how to protect themselves, she rose a hand and in front of everyone said: “ I am a victim of human trafficking”.

Fearing how other children could react, we invited her to talk in private about her experience. She said she was in a residential institutions for several months now and that she does not have anyone to talk to, and that she feels that no one understands her, that everyone are rejecting her.

Then she told us her story; how she met a boy on Facebook, who was much older than she was, how he promised to help her, but then she was faced with a cruel reality.  All he ever wanted was to use her, he abused her, beat her, forced her to do hard work. She found out he was planning to sell her in Austria. Luckily, she managed to escape.

We spoke to her for a long time, and explained her that she was not alone, that we are there to help her. She started coming to Day Center regularly, participating in various workshops and after that we were helping her to improve her reading and writing skills, we helped her studying in order to improve her grades in school. Her education was something that has been neglected for a long time, since no one ever paid attention to that, nor did they tried to help her learn. We worked hard with her and our biggest motivation was in the fact that we saw the improvement very fast.

The biggest gift we could receive was a New Year’s card she gave us where she said how lucky she was for having us, and how grateful she was. Some sentences are still echoing in all of us, giving us motivation to persevere with our work: “You saved a girl’s life and you gave her a chance to realize her dreams. I often tell myself: “You are not alone, you have ASTRA”. I hope I will be able to repay you for all that you have done for me. Thank you endlessly!”