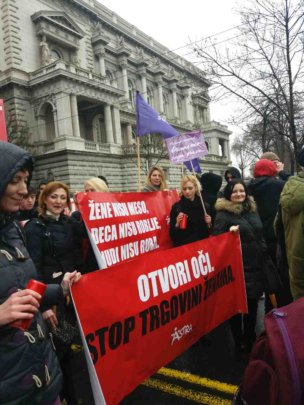 ASTRA’s client left our SOS telephone number to her friend who was exploited with her, and who helped her to run away. She told us that her friend needed help because she was living in very bad conditions. Soon after that, her friend contacted us. She is a single mother of three children, which traffickers used in their advance to lure her in the trafficking chain. They played on her hope to be able to provide a better life for her children. But she couldn’t predict a hell that was coming.

She and her children were most of the time hungry, because she couldn’t find a job for a very long time. After a while she finally found a job in a factory where her mother was already working. But that was not a good decision. She and her mother were in bad relations. Additionally, she experience mobbing on the job place. She tried to put up with it for a while, until she eventually left the job. The day when she quit her job, she sat in a nearby cafe trying to put herself together and to decide what to do next. While she was sitting there, an unknown man came to her and made her a promise of a better life. He offered a well paid job in casino in another country.

She accepted the job offer enthusiastically because she saw it as a way out of her current situation. When she came to destination country, they took her passport and other documents, and instead of job in a casino she received instructions how to behave and what her job really was. It was then when she realized that she got into a trouble. Since that moment, she was constantly trying to figure out how to get away. In the hardest moments she fantasized about seeing her children again, and that was her biggest motivation to run away as soon as possible.

While we were talking, she told us “I still cannot believe how strong I was back then, and how my children gave me strength to survive.” She managed to run away and save few more exploited girls.

Her friend told her about ASTRA and she contacted SOS hotline. After her telephone call, ASTRA’s consultants went on field action to meet her in person. This lovely young girl was too shy to ask for anything. ASTRA consultants wanted to do something nice for children because they live in poor conditions, so they bought them books for school and notebooks, so that they could be just like other children. Children were very happy and grateful for their gifts, and they were constantly showing their mother what they got. Since our client hasn’t finished secondary school and was very interested to continue her education ASTRA made it possible.

She is a strong woman. She continues to struggle and not to give up. The other day when we spoke to her she told us: “Every day is difficult for itself, but freedom and love for my children give me strength to fight. How do you feel knowing that you made a life better for someone, that you brought back a joy to someone’s life? You proved me that I am not alone. Thank you for that”.

Cooperative efforts in finding a child

By Danijela Nikolic - Consultant at the Number 116000 in Serbia 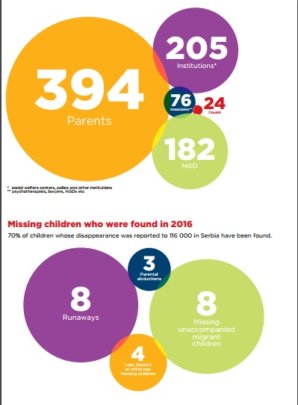 Data base about missing children case

In the previous report, we wrote about a girl Nina who was still missing. Luckily, we have a good news! Nina was finally found! An associate from the Social welfare center informed us about the news. Nina is now safe and sound. Her medical condition is under control. The joyful news and satisfaction from this outcome after several months of waiting and working on the case convinced us that everything we do makes sense, that every conversation, meeting, appeal, informing the authorities, etc, has additional weight i.e. importance if the goal is achieved, if the child is found. It is also a confirmation of how much cooperation and trust between all actors is necessary in such cases and that such relations must be encouraged.

All our effort is placed to contribute to the creation of a society in which children can safely and happily grow, where adults will give them full support in their upbringing, and as our mission says, we want to contribute to society which is free from all forms of exploitation, violence, discrimination, economic and social inequalities.

In addition to individual stories and cases that we monitor and manage, a very important aspect of our work is the analysis of trends and the evaluation of cases of missing children in our country. On the International Children's Day, which is celebrated on May 25th around the world, ASTRA published a report on the work of the European Children's Missing Children in Serbia, 116000.The data of the entire network of European numbers for missing children show the same structure calls. That is also the case with ASTRA’s line. Namely, the highest percentage of total calls refers to children who escaped from home, followed by parental abductions in second place, unaccompanied migrants and in a very small number (under 1%) abductions by a third person.

ASTRA is constantly trying to point out to state authorities, but also to parents, about the large number of children who are running away from home, because these children are at this very moment vulnerable and may be victims of various forms of exploitation. We supported and welcomed the amendment to the Law on Police, Article 72, that says that the search for missing children would start immediately and not after 24 hours of the child’s disappearance, and urged the implementation of this Article of the Law in practice.  We also insisted on the urgent introduction of an alarm system in cases of missing children (so-called Amber Alert) in Serbia, regarding which ASTRA spoke several times with representatives of state institutions, but the concrete steps for the introduction of the Alert system are still lacking. 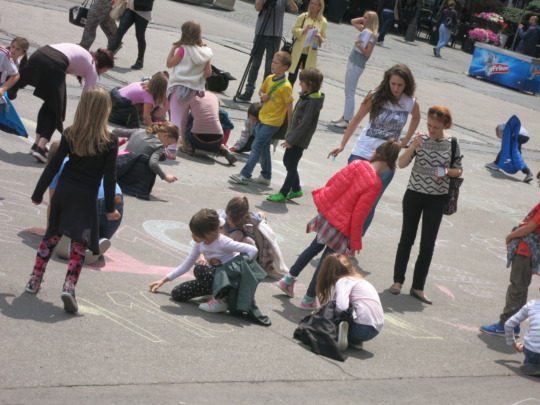 Reacting on the signs of the neglect

Nina is now 5 years old. Couple of years ago, due to the illness, her mother was placed in a hospital for a longer period of time and after that she gave up on her parental rights, so the child was placed with a cousin. However, after some time social welfare center received a report regarding the child’s neglect. They went to visit a child, and found she was in a bad condition, inadequately dressed and neglected. The apartment of the cousin was dirty and social workers doubted that the child was having regular meals as well. It was also noted that the child is not attending kindergarten even though social welfare center previously insisted that the child should spend more time with her peers and other children in order to develop social skills.

Nina is a beautiful and kind child, very warm and friendly. Her health is very fragile so she needs to have regular doctor check-ups. However, her cousin failed to do that as well, which was another sign of child’s neglect. As soon as social workers left the place, planning to return for a child, a cousin left with her and they could not find her.

That is why they contacted number for missing children, so that the child could be faster located.

ASTRA established contact with the police and prosecutor’s office, but even after a several months of search for a girl, there have not been any improvement.

Recently social welfare center received information regarding the address of a child. All information was once again forwarded to the police and we are hoping that Nina will be found soon. We are hoping that she will be able to start going to kindergarten and to socialize with her peers, to laugh and play and to be safe and sound.

In order to locate the child fast, a prompt and synchronized cooperation of all directly or indirectly involved actors in search for a missing child is needed. However, in practice, some institutions do not recognize the need to cooperate with other actors, whether those are institutions or CSOs.

It is on us to find a solution and approach that will loosen up these strict and tight attitudes and show them that we all have the same goal, which is to find a child safe and sound.

Attachments:
‹ 1 ... 6 7 8 9 10 11 12 13 14 ›
WARNING: Javascript is currently disabled or is not available in your browser. GlobalGiving makes extensive use of Javascript and will not function properly with Javascript disabled. Please enable Javascript and refresh this page.