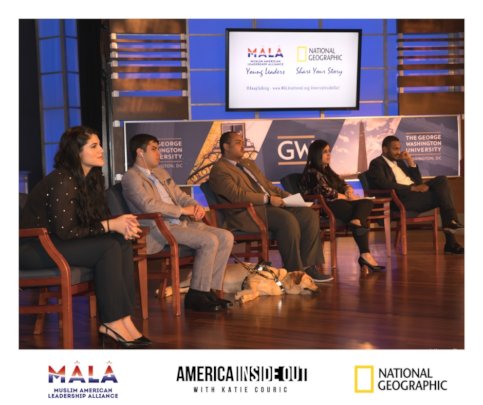 On April 11, MALA hosted a pre-air screening of “The Muslim Next Door,” an episode in Katie Couric’s National Geographic docuseries, AMERICA INSIDE OUT, which premiered on the National Geographic Channel on April 11, 2018. In the series, Couric travels to dozens of cities across North America — from Freemont, Nebraska, to Montgomery, Alabama, to talk with hundreds of people to get an inside look at pressing social issues.

In this episode, Couric explored the stories of Muslim Americans in today’s America. MALA hosted the screening at the beautiful Jack Mortom Auditorium on the campus of George Washington University in Washington, DC.

The screening was followed by an impressive panel of young Muslim American leaders, who shared their own experiences as “the Muslim next door.” These included Laurel, the first-place recipient of MALA's Muslim American Journeys Scholarship competition, and MALA storyteller Sadaf, who is also a Postdoctoral Research Associate at Princeton University. The remaining panelists were a Herbert Scoville Jr. Peace Fellow at the Truman Center for National Policy, and the President of The African Middle Eastern Leadership Project. The panel was moderated by MALA’s Deputy Director.

After the screening, MALA announced a drive inspired by the episode to continue to spotlight and amplify Muslim American voices through storytelling and to elevate public dialogue on Muslim-American identity in the 21st Century. Selected stories were shared by MALA and National Geographic, and included:

Aamir: Shanti and Salaam: "I was once asked, “What was your first memory of religion?” Being an American-born Indian Muslim having grown up near New York City, you might expect me to say “9/11.” However, my first memory relates to the interplay between Hinduism and Islam, two of the biggest faith traditions among South Asians..."

Hibaq: My American Journey: "As I stare into my mother’s eyes, I can see the misery.I looked at her arm, the scars are as visible as the stars in the dark night. I ask her how the scars appeared on her soft and beautiful skin. She reminds me of where she came from..."

Lina: A Muslim Ethiopian American’s Journey to Success: “Being a young woman who happens to be of an African-American descent and of the Muslim faith, I feel that I incorporate diversity on a daily basis of life. The fact that I am able to go ahead and pray in my local mosque in Richardson, Texas, and also volunteer in the Ethiopian community center within the same day speaks volumes about the cultural diversity within America.”

We are proud that these heartfelt stories have gone into our Muslim American Journeys collection. Thank you to our GlobalGiving family for your warm support and participation - you make this possible! 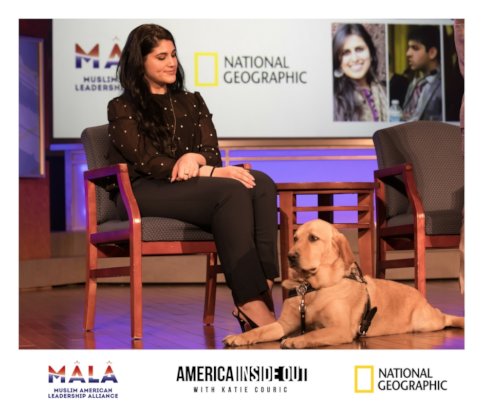 It is with great pride and excitement that we announce the recipients of our 2018 ‘Muslim American Journeys’ Scholarship Contest:

These individuals were chosen based on the merit of their thoughtfully crafted personal essays, each of which tells a unique and compelling story. We extend our congratulations to this year’s scholarship recipients, and our deep appreciation to all of those who sent in personal essays. Together, these stories are a beautiful illustration of the tenacity, struggle, and triumph so deeply etched into the social fabric of America.

The “Muslim American Journeys Scholarship Contest.” was created to help nurture a new generation of ambitious and diverse young leaders. MALA believes that knowledge is power, and recognizes that, in order to ensure the success of these rising leaders, higher education must be as accessible as possible. By awarding scholarships (ranging from $250 to $1,000) this program reflects MALA’s commitment to higher education, and demonstrates our faith in a new generation of leadership. Thank you to our GlobalGiving family for your warm support and participation - you make this possible! 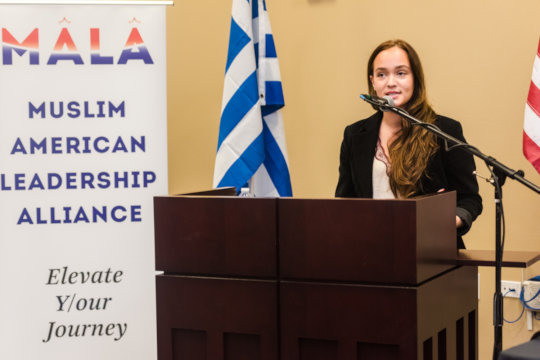 On October 26th, 2017 MALA and Chicago Cultural Alliance presented “Preserving Heritage and Spotlighting Voices” at the National Hellenic Museum. This program was a part of “Inherit Chicago”, a city wide festival of art, ideas and performance at neighborhood heritage museums and cultural centers.

As part of NPR’s StoryCorps oral history project, The Muslim American Leadership Alliance (MALA) has collected over 400 stories of Americans of Muslim heritage – many of which are archived in the Library of Congress as part of the program. Many of these stories were also archived into the Library of Congress through our community partnership with StoryCorps, and several were even aired on NPR programs.

The event succeeded in garnering new audiences and new opportunities to empower and elevate through dialogue. Through the panel discussion, the importance of each individual’s personal narrative helped embrace an alliance of individuals seeking to elevate each other’s journeys.

In fitting with the “Inherit Chicago” theme, MALA was able to portray that there are multiple generations of Americans. We are refugees, students, public servants, doctors, film makers, law enforcement officers, artists, entrepreneurs, business owners and veterans. Our heritage spans the globe, from Afghanistan to France to India to Iran to Israel to Palestine to Kazakhstan to Libya to Pakistan to Siberia to Somalia to Venezuela and everywhere between.

This event validates a continuation of MALA’s oral history project to reach a broader audience base for inclusion and diversity in the Chicagoland area. Through our partnership with CCA, we look forward to exploring how identities are formed and how we all can strengthen our communities and our country together. 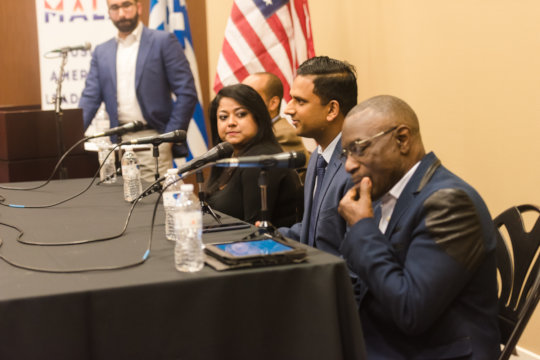 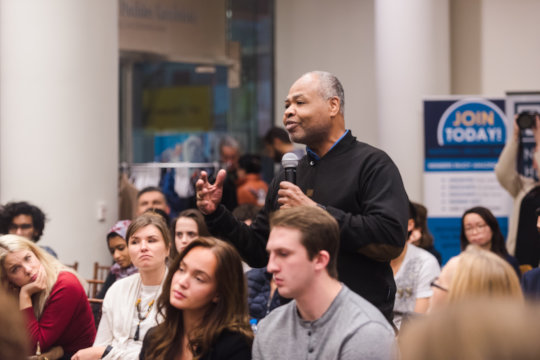 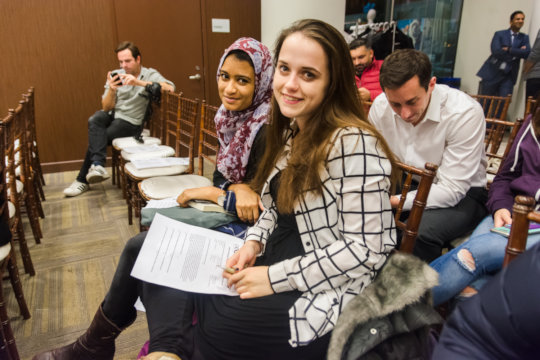 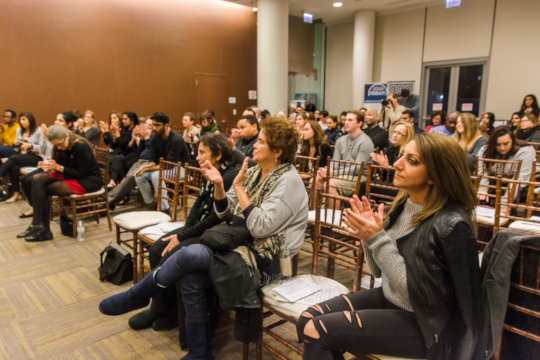 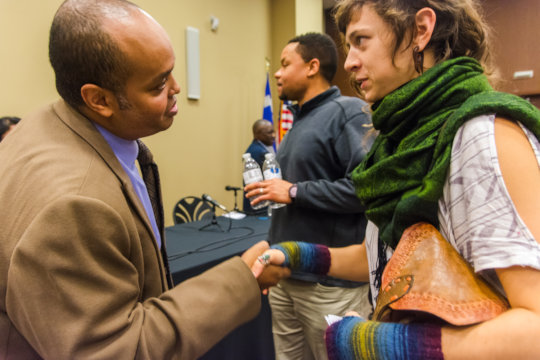