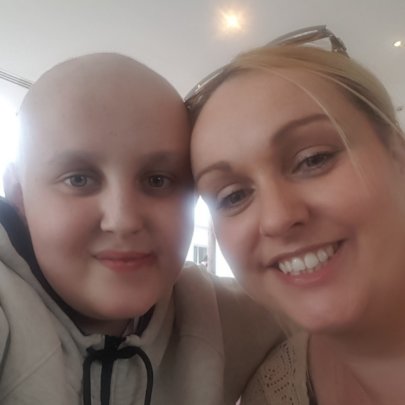 ``My youngest son Oscar was just two weeks old when we got the horrific news last year that our son James had leukaemia. He was just 12 years old, it was completely devastating.

I still remember the day James was diagnosed so vividly. He had had a small fall, but ended up with a huge bruise that didn’t go away and then developed a rash. I decided to take him to the GP who suggested we go to the hospital for some blood tests. There within hours, they told me he had leukaemia and they were transferring him to Crumlin. I was so shocked, I just muttered about getting the car, even though they were already hooking him up to IV’s and drips, and they had to tell me we would be going by ambulance.``

In fact, we couldn’t go anywhere. Normal family life ended as soon as we got his diagnosis.

From April to June last year, we watched our son disappear, it felt like cancer had beaten him. Then James was offered a place at Barretstown camp.

But then I spoke to Eimear, who is a member of the Barretstown team.  She explained that all of those issues would be managed by her team of volunteer doctors and nurses, while he was at camp. She reassured me that James would be medically cared for, while having the best time of his life.

He needed it so badly!

Allowing James to go to Barretstown - with the peace of mind that Eimear and her team would keep him safe - was a turning point in the traumatic journey we had begun with his diagnosis.

At Barretstown, a child can remember what it is to be a child again and to laugh and have fun. They go home with renewed self-confidence. My family and I have seen this first-hand.

What we have learned is that the magic of Barretstown lifts us all from the devastating impact of cancer while we are there and long after we leave.

We are so grateful to all those who made our visit possible.

Amanda lost so much when she was diagnosed with cancer. Her hair, her smile, and her spirit. But thanks to you, she and her family came to Barretstown and Amanda got her smile back.You'll be happy to hear that she finished her cancer treatment in March this year. And in May, Amanda and her family celebrated this by going to Disneyworld.Amanda got to meet and cuddle Mickey, Minne, and all her favourite Disney princesses!Her mum says Amanda's confidence has continued to grow since leaving Barretstown.You and Barretstown gave Amanda back the precious spark of joy that cancer had taken from her. Thank you for helping this beautiful little girl smile again.

How do you tell your child that they have cancer? 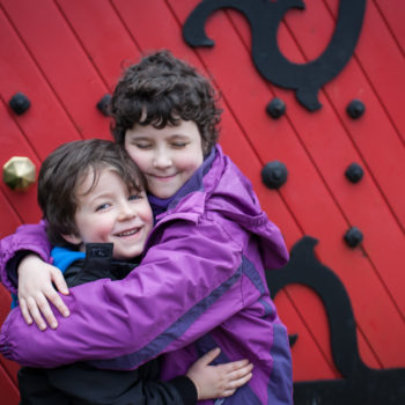 Roisin and her brother Liam at Barretstown

“How do you tell your six-year-old they have cancer? How do you prepare them for the fight that’s ahead and the difficult days that are coming? There is no right answer. But when my daughter Róisín was diagnosed with cancer the answer for us was Barretstown.

You see, my husband Rob and I told Róisín about all the medicines she would have to take. And all the tough treatments she would have to brave. But we also told her about Barretstown. And that made an incredible difference. Knowing there was a magical castle especially for children like her, where she could scale walls and visit secret gardens, gave my little girl something to dream of. A milestone to work toward.

Every child needs things to look forward to. Every child needs something to wish for. But when your child becomes so sick they can’t walk. When their beautiful long brown hair falls out in clumps as you brush it. When you see your child using every bit of energy they have just to survive. Then those wishes, those dreams, become more important than ever.

Driving in the gates to Barretstown we had no idea what to expect. I’ll admit I was nervous. Nervous that it would all be too much for Róisín. That she wouldn’t be able to keep up. And I could tell Róisín was nervous too. She insisted on wearing a baseball cap to hide the short patches of her hair that had begun to grow back.

But we shouldn’t have worried. Within minutes Róisín spotted another little girl whose hair was at the same stage of regrowth as her own. Seeing Róisín having the confidence to whip her cap off her head and say “look we have the same hair” was a wonderful moment.

You see, cancer doesn’t just attack your child’s body. It also attacks their confidence and their self-esteem. They feel different from their friends. Cancer begins to become part of their identity.

It’s hard to explain how much that meant to me. I remember being in the Secret Garden and feeling really choked up. It was like the magnitude of what we had been through hit me. I remember thinking we are here, we made it. My child is alive. And the most difficult part of this is behind us”.

Thanks to you and all the wonderful people who donate to Barretstown via GlobalGiving. These funds really make a huge difference and help us to deliver our service to families like Róisín's