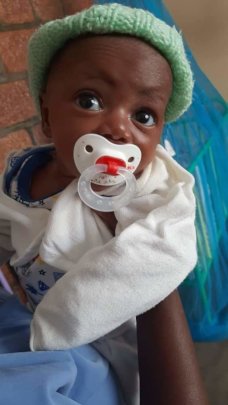 "I tried getting her to hospital, but bullets were flying, there were soldiers everywhere, so we went home. My wife died... This is our baby, but what  am I to do?" so said the distraught father. "I was told to give you the baby, but she is all I have..."

No, Abraham Oasis does not 'take' babies. We love them within their families, we provide whatever is required to make this happen and so it was with this father, three months baby milk formula with required accoutrments. He has just come for the next three month supply.

At the internally displaced people's camp (IDP's), mothers whose breast-milk has dired up because of the shock of death of family members, loss of property, or simple lack of food, have hungry babies that they dispair off and turn their backs on because they no longer know what to do. These mothers are given baby milk formula and required items to carry them through for the tough months ahead and then repeated as required.

Special needs babies, such as a baby with cleft palate that was slowly starving to death because the baby could not breast feed, was g iven the required supply and support.

In amongst them are the babies founds abandonned, brought to the hospital and eventually our baby house. There in addition to food, they are provided with warm beds, clothing, cleanliness and most of all love and affection by our delightful carers.

Thank you for helping us make a difference! 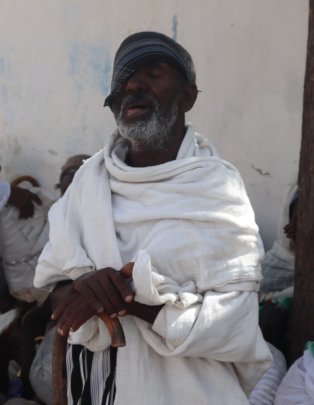 The town of Shire became a safer place to be during this Tigray crisis. Safer that is than living in remote communities where there was no protection: Houses set alight, women and girls raped, fathers and sons killed or kidnapped... families torn apart.

Early reports indicated a rush to Sudan but that route was closed, so the nearest big city became the main referral point for many fleeing from western Tigray. Shire a town of a population of approximately 300,000, was swamped with over one million internally displaced people (IDP).

One IDP centre has been assigned to Abraham's Oasis, the needs assessment is in process: low or non existant food supplies and when there is food available, the  cooking tools are shared among ten to fifteen families. Six families living in one room huddled together, no mattress, no blankets, just a few items brought from home, if at all. All with deep and heart breaking psychological needs.

Abraham's Oasis is looking to provide sustainable support, for example, for those who have received food supplies, Abraham's Oasis trains them in income generation activities (IGA), so that eventually they may return home, or at least be able to earn a small income to support their family.

The current activity is for protection of the most vulnerable, this includes the babies, the children and the elderly. Identifying lone and unaccompanied children, tracing family for them, providing them with a safe house until family is located are some of the ways Abraham's Oasis is helping.

Thank you for your help to us in making this possible. 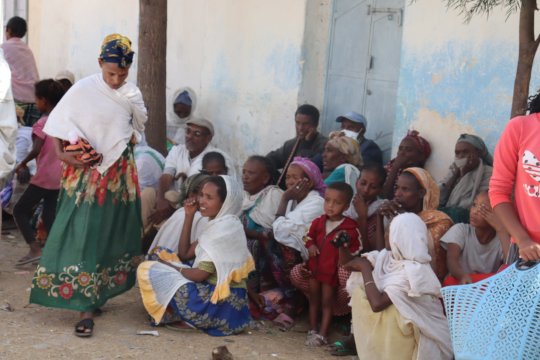 When large groups of people flee for their lives, when you have large families and when you are in shock you are unable to keep track of those for whom you are responsible. That is the way children become separated from parents and each other. There is no one at fault, it is the reality of conflict and chaos and fear.

Sadly, even when you are with family, socially disfunctional families become increasingly irrational during times of crisis and it is at such a time that the younger members of the family become victims of abuse and violence.

Crowded together with other families, with no food, poor ammenities, if any... it is those nearest to you, the most vulnerable of a given group, who become targets for abuse and violence.

Still others come having had the abuse done by the invaders, whoever they may be, who violate and rape. Attacking children and women touches the heart of the family, demoralising the heads of families and thus presumably weakening them, though they are simply farmers seeking to provide the basics for their families.

We no longer check ages because the children who come need us. One girl who with her mother and older sister were raped in front of their father is slowly recovering her beautiful smile. Another child of 11, lost an arm because of being tied up and thrown down a cliff, the other arm is slowly healing but as yet she cannot feed herself. We have her and her mother with us in our safe house...

Other children who were unable to find family come to us, we help them search, some ten children have been reunited with family, or the parents come to our safe haven to look for them. The reunions are unabashedly emotional. 'My child, my child. You are alive, I found you!"

Your help has made all the difference!