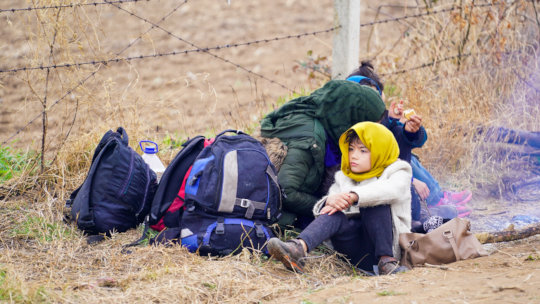 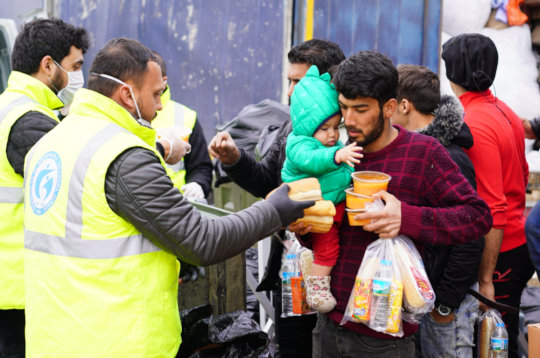 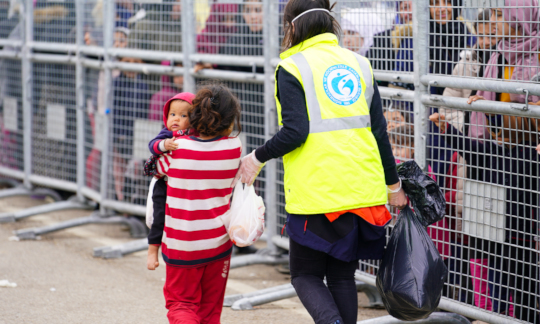 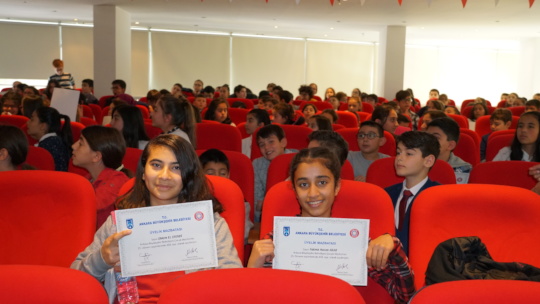 Ehlem and Fatma, are 13 years old two daughters who fled with their families from the war in Iraq came to Turkey. First, they started school in Turkey and learned Turkish. Now with their peers, they work and help for the children and nature in the Ankara Metropolitan Municipality Children's Council.

The path of Ehlem and Fatma crossed at the Children's Commission which established 1.5 years ago at the Ankara Community Center in Mamak of the Association for Solidarity with Asylum Seekers and Migrants. The Children's Council authorities, who recently visited the commission, encouraged children to be candidates for parliamentary membership. Ehlem and Fatma, who were candidates in the elections held on November 3, became two of the three refugee children in the assembly when the results were announced.

Ehlem who is the youngest of her family came to Turkey with her parents and five siblings six years ago. Her favorite lectures are painting, music, and Turkish. Her future dream job is to become a brain surgeon. Ehlem says she wonders about the structure of the brain and adds that “ I witnessed people's diseases caused by tumors in the brain, I read in magazines too. I want to help them and cure them for free.”

Fatma fled from the war in Iraq and came to Turkey 4 years ago with her mother and 5 siblings, her father is still in Iraq. She is also the youngest of the family and her favorite lectures are painting and math. Fatma’s dream job is to become a Turkish Teacher. The two girls say that the election of the membership of the Children's Council, in which they were uneasy, was very excited. Ehlem and Fatma are proud to succeed in the election with the support they receive from other children.

During her tenure, Fatma wants to work to prevent animals from being treated badly. On the other hand, Ehlem plans to work to keep nature and playgrounds clean. The common agenda of the two is to make studies that will raise awareness for children with autism.

Ehlem says that “Children with disadvantages such as autism and disability have dreams that cannot be realized. I'm sure we don't have, but I don't say they have more. Let's not ignore them. If I want to be here it is for to make theirs and our dreams come true.”

Regarding the World Children's Day on November 20, Fatma points out children's right to play. Fatma says that “When I was in Iraq, we did not have any playgrounds near us. After our arrival in Turkey thanks to ASAM I have gained too many friends. With my friends, I learned to go to playgrounds, play games, and have fun. I’m calling out to parents, help and support our children. Let them play outside, do not let them stick to technology too much.”

Ehlem thinks that the most important right of children is their protection of health. Ehlem says that “A children, cannot use their rights without being healthy. We can see child labor is spread all around the world. They collect garbage. This issue has to be dwelled on. Parents who encourage children to work in younger ages should be charged”

With your support and help, children like Ehlem and Fatma can enroll in the school programs and raise their voices in society. 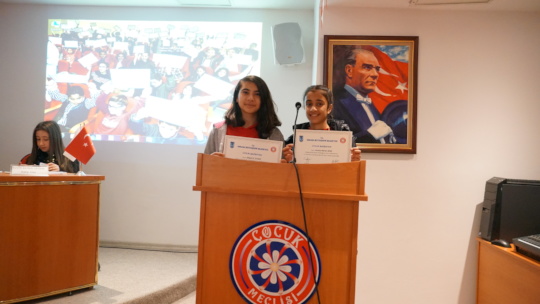 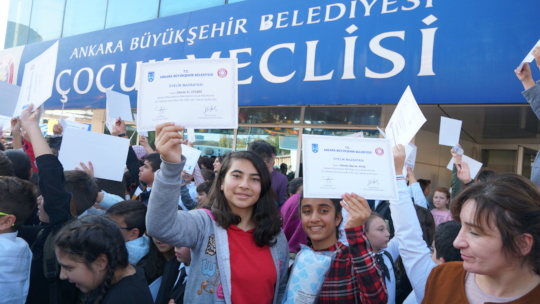 It is never too late to pursue your dreams

Hadeel, who is 22 years old, aims to finish her school and to become a successful businesswoman by climbing up the ladder of success step by step.

When asked about what her goal is in terms of education and career, Hadeel says the following in response: “Finishing my school and becoming a successful businesswoman by climbing up the ladder of success step by step, and even having a company of my own.”

Hadeel was going to 10th grade in Syria. Once arrived in Turkey in 2013, she resumed her education, enrolling in 11th grade; however, she missed the re-registration process during the change of curriculum in the last grade, and therefore had to suspend her education. Beginning to work in factories during the period she did not attend school, Hadeel did not give up on her school life, decided to go to school once again the next year, and completed her open high school education. Hadeel is currently a freshman student at Istanbul University and is very happy for continuing her education.

When asked what kind of challenges they mostly face in their daily lives, Hadeel points out that the greatest challenges are language barrier and finding a job. In regards to her Turkish neighbors and friends, she says, “we have been living in Istanbul for 5 years now, our neighbors are good people. Even though we don’t speak the same language, we’re able to get along with a smile”.

Hadeel expresses that obtaining a certificate through the vocational course she is attending simultaneously will help her to find a qualified job. Indicating that she now believes there are job opportunities for herself and her family, Hadeel says that her greatest dream is “to do a master’s degree after graduation; to raise my and my family’s living standards by constantly progressing in my education and career”.

Having come to Istanbul in 2013, Hadeel mentions that language barrier was the biggest difficulty she had faced at the beginning. Hadeel says, “the greatest difficulty for me was not knowing the language; first I had to overcome that problem and I needed money for that. I had to find a job. Even if it was difficult, I managed to find a job at factories, I was fatigued but I never gave up, I kept working. Eventually, I saved money and attended a language course. I took a major step towards my school life by receiving a B2 level Turkish language certificate.”

Pointing out that being aware of her success in works she took new steps towards despite all difficulties and indicating that taking more determined steps in achieving her dreams motivates her, Hadeel says that she feels very lucky for having heard about the vocational training and for having participated in it. Hadeel goes on to say, “I’m a student and I have dreams. I’ve come across another step to achieve them. I’m learning the job and I’m earning money. This situation gives me great joy. I’m very happy to be sharing the same environment, talking and learning together with Turkish people in our course”.