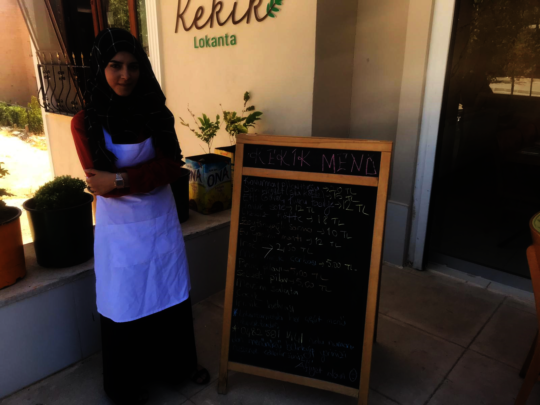 Selam is now 20, she was 14 when her family had to leave Syria and find refuge in Turkey. She is also the youngest member of KEKIK, STL’s Women’s cooperative that operates in Southeast Turkey -Mardin’s Yesilli district. She is a skilled cooked and an ambitious worker. I, as a member of STL’s communication team, recently had the privilance of having a conversation with her. I will try to give you a sense of who she is, as she is someone whose life you impacted with your donation.

Selam describes the times before the war;

“My family was well off frankly. I was a 6th grader, had good grades. Then the war broke out, we found ourselves cought in the middle of it all. It happens so fast. They took our houses, cars; our land, everything… We had to leave. Telling you all this, you taking these notes, it only takes a few minutes and there is no way I can communicate how it all felt, how difficult it all was.”

“Now we’ve been living in Turkey for 6 years. Of course, upon arrival, our first priority was to find shelther, and then a means of livelihood. Me and my siblings all began looking. That’s when I heard there were going to be gastronomy courses in Kabala district. I was thrilled.”

Being determined as she is, Selam learned Turkish began taking her Gastronomy classes. She made friends too. She learned the Turkish cousine and she thought her friends the Syrian one. The cash-for-education mechanism used was instrumental in mitigating her family’s financial precarity, while she was gaining new skills.

“Support to Life had a very helpful role in my life. They helped me obtain a vocation; they provided financial and moral support, enabled me to socialize. They helped us begin new lives in Turkey.

In our women’s cooperative KEKIK, Turkish and Syrian women are working and producing together side by side, earning a living and building a cohesive, multi-cultural society from bottom up while doing so. 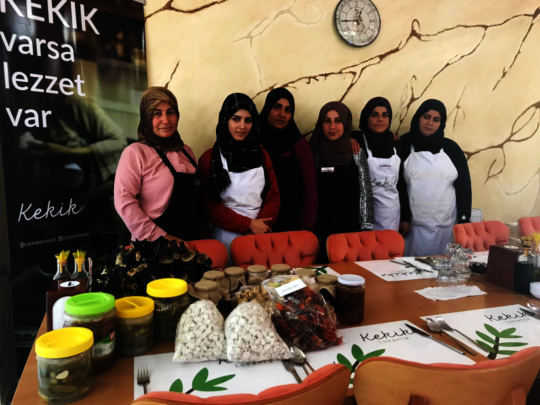 Being a Family in Full 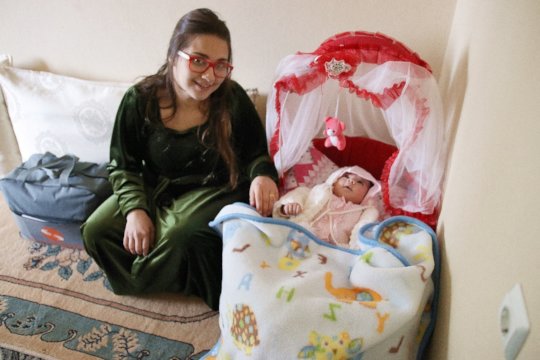 Selma, mother of two, would like to tell her story… And how the birth of her second son Valid could easilyhave been complicated if circumstanced hadn’t changed.

I and my husband Yakup Arrived in Turkey 7 years ago, from the small town of Darbasiya, that’s right across Mardin’s Kzltepe. A few years earlier, before all the violence, my husband’s parents had migrated there. When the war started nearing our doorstep, we had no choice but to hit the road. Our lives were okay before the war. I was going to school, we had our own piece of land. Who wants to leave their land and go somewhere entirely alien?

We are here now but my family is still there, I can’t visit because the border is closed. I wonder if I will ever see them again… Sometimes we get to speak on the phone. They tell me 2 hours a day is all the electricity they get, they tell me it gets very cold. They tell me even bread is expensive…

Doesn’t sound like much to miss but here it is an entirely different set of problems. Receiving my official temporary protection status was a huge challenge for me. I hadn’t worked by the time I was about to give birth to my second child. We went to a private hospital and two, but the sums they charged was much more than what we could afford. Then, just by sheer luck, I read about Support to Life somewhere, I read that they were doing work on maternal health. My neighbours suggested that I visit Support to Life and explain my situation, they told me maybe they could help.

I spoke to them and explained my situation. They immediately initiated the process for our family to obtain their IDs. I had already missed half my periodic pregnancy check-ups and they didn’t want to waste any more time. They quickly made it work and I could receive medical attention.

It is not just that too… There is also the bureaucratic side of it. Population registry and those… I could register my son Valid as a member of our family thanks to these IDs. How else could we be a proper family? These things matter, especially after what we’ve been through... when we have so little to feel secure about. Now my biggest ideal is to make sure both my kids receive a sound education. 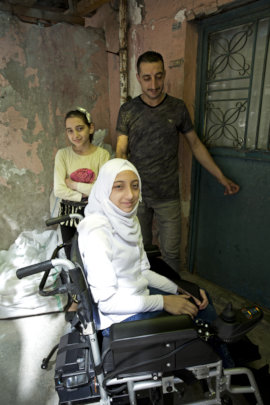 Manar (11) was diagnosed with Sipini Bifida at birth. Thus, she has restricted mobility. Until she came into contact with Support to Life, her father Jud (34) had to carry her to school on his back. When Manar and her family’s path has crossed with support to life, things took a turn for the better.

Jud (34) says; “We consulted with another organization to assist us with Manar’s situation. They referred us to Support to Life. Support to Life began following up with Manar’s case and by getting in touch with the right organizations, in the end, they were able to provide us with an electric wheelchair. Before, I had to carry Manar on my back, so that she could go to school. I would come back from work, take her to school and then go back to work. Now she can go to school by herself.

That wasn’t the end of it though. Jud had to build a ramp for Manar. He explains, “As I’ve been working on the construction sector, I know how to build these things. I built the ramp myself. And thankfully, the school administration and the local municipality took action to pave the road to Manar’s school. She can now navigate the road safely.”

Lastly, Manar had to learn how do drive her electric chair of course. That’s when her grandpa’s teaching skills came in. Manar’s grandpa explains, “It’s just like driving you know, I told her how she should look over her shoulder before making a turn, for safety.”

Manar is already 11, but she lost a couple of years when they moved to Turkey so she is studying 4th grade with her younger sister. This does not bother her though; she has a positive outlook. She is a fan of art classes and wants to be a fashion designer when she grows up.

STL works in a solution oriented manner. We may not have a ‘special needs fund’ allocated for each of our field locations, and we may not always be able to find a private donor. But we explore all the possibilities. In the case of Manar, we simply facilitated her access to information, carried her case on to relevant organizations, spoke with local authorities and the school management to explore all the possible solutions. 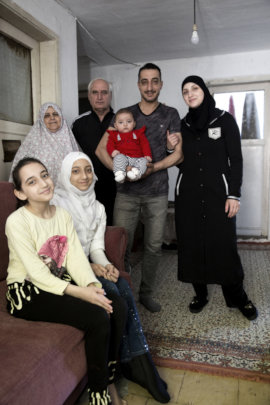