Maintaining Momentum in an "Off" Year 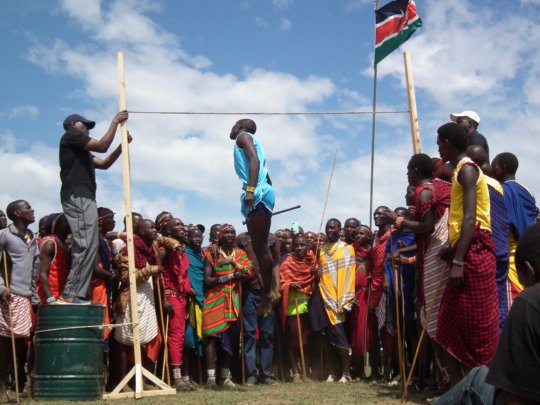 The Amboseli ecosystem is still vibrating with excitement following last December’s thrilling Maasai Olympics finals.  The final tally shows that through the regional competitions and educational meetings, Big Life has engaged over 8,000 Maasai on the importance of wildlife conservation, including nearly 3,500 warriors, 1,400 men, over 1,800 women, and 1,500 children.

The next games are not until 2018, but ongoing outreach about lion conservation ensures that the themes of the Maasai Olympics are continually reinforced, and that the passion and zeal generated during and immediately following the primary sports competitions do not die out. So while 2017 may be an “off” year for the Maasai Olympics, engagement with the warriors, the Menye Layiok (or ‘cultural fathers’), and the general Maasai community on important conservation issues continues.

To that end, four meetings have been held regarding human-wildlife conflict (HWC), specifically identifying conflict issues and possible solutions for HWC response.

The first of these meetings was held with warrior chiefs, Menye Layiok, Kenya Police, Kenya Wildlife Service, group ranch leaders, among others, to agree on steps to be taken following a serious HWC incident, such as an elephant injuring a human, or lions killing livestock. Preventing retaliation against wildlife for these incidents, specifically regarding lions, is one of the primary motivating factors for the Maasai Olympics in the first place.

The other three meetings have been with each of the warrior manyattas (villages) to disseminate the information discussed with the leaders. This includes appropriate responses to HWC, the rules of the 2013 Wildlife Act (which makes killing wildlife illegal), and the associated penalties.

In some ways, the “off” year between tournaments is even more important than game years. That the community continues to be heavily invested in protecting their growing lion population is a testament to the impact of the program across the ecosystem.

None of this outreach is possible without you! Thank you so much for your ongoing support of the Maasai Olympics program. 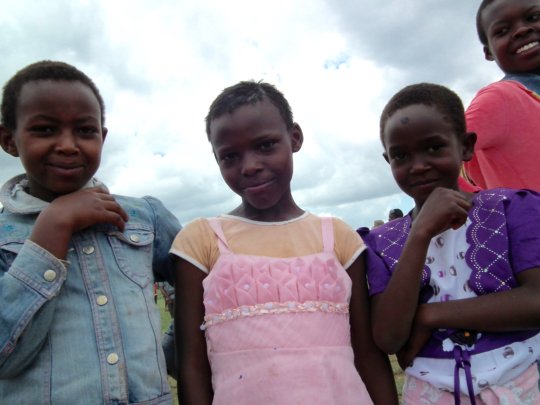 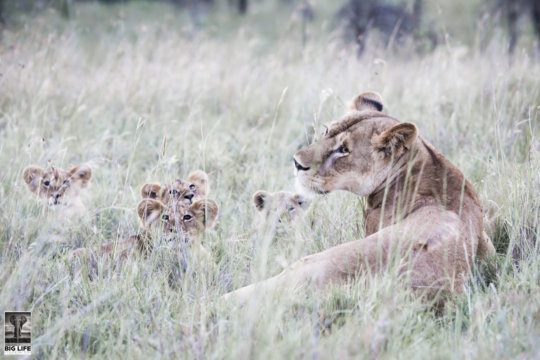 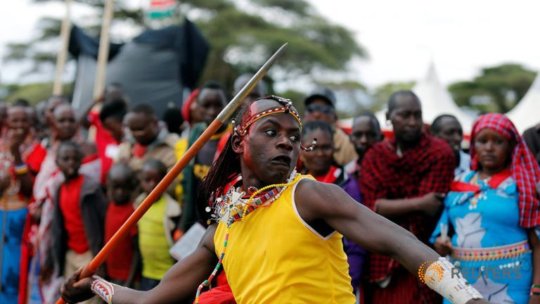 Thanks to your generosity, Big Life Foundation's Maasai Olympics were held on Saturday, December 10, 2016 in Kenya under the shadow of a snow-capped Mount Kilimanjaro.

Hundreds were present to take part in a ritual that marks their coming of age. But those vying to become a 'moran', or warrior were not there to kill lions with spears as their ancestors did. Instead, they hurled their javelins, aimed their rungus, and ran with the speed and spirit of their ancestors.

While spending time on the ground with our staff and anti-poaching rangers, I was fortunate to be able to attend in person. It was truly an emotional day of colorful spectacle and passionate cheering, with a focus on lion conservation.

All in attendance were witness to the willing embrace of new cultural traditions. The spirit of hope and positive change crackled throughout the air. Global and regional media were in attendance.

This unique event (which is held once every two years) is the culmination of months of conservation education and warrior competitions. As the day progressed, it came down to the final sporting event, and the crowd members, including myself, were witness something truly special. It was a fight that went to the very end. Two warriors locked in battle, matching each other’s every move.

The Mbirikani manyatta, or warrior village, were winners of the previous two Maasai Olympics finals (held in 2012 and 2014), and favourites to do it again. Rombo were the underdogs, having placed last in 2014 and been the pushover opponents in the lead-up regional competitions this year.

The two teams went into the much anticipated final event, the standing high jump, neck and neck, with Mbirikani at 11 points and Rombo ahead by one at 12. The chanting started, and as the bar went up, jumpers dropped out one by one until just three remained: two from Mbirikani and one from Rombo. It looked like another victory for Mbirikani, but disaster struck on the next jump as one of their warriors landed on the bar-stand and cut his foot.

It was down to two. At stake was the trophy and the valuable prize of a breeding bull, but of equal importance were bragging rights as the strongest warriors in the ecosystem. The crowd crushed in on the barriers, people climbing whatever they could to get a view of their heroes. Leyian from Mbirikani faltered at 10 feet 5 inches. Kuya from Rombo failed twice at that height, before pulling out an unbelievable jump that sent him to 10 feet 6 inches, and his team into a jumping, chanting Maasai celebration.

It was a dramatic end to the day that had seen athletes, both male and female, compete in a variety of track events, including the javelin throw for distance and the rungu (wooden club) throw for accuracy. Rombo not only won the day, but they also won the conservation scholarship prize (worth $2,600), which was awarded because their warrior village had not killed any lions that year. Two athletes, the winners of the 800 m and 5000 m races, will be running in the New York Marathon next year.

The message of the day was clear in the speeches by local dignitaries and the patron of the event, Kenyan Olympic double gold medallist David Rudisha: lions and other animal species are worth more alive than dead. And this is what the Maasai Olympics is about, a way to create heroes without killing lions.

From an idea and a willingness to change has grown a dynamic force of guardians to protect lions. This is impactful and meaningful conservation in action built on a foundation of community partnership.

Cultural change takes time and it must be reinforced over time. We have begun preparing for the next Maasai Olympics in 2018 and raising the funds required for this event and, just as important, the conservation education that will take place over the next two years in the interim. Your ongoing support is critical, and on behalf of the Maasai people and wild protected lions, we are very grateful for it. 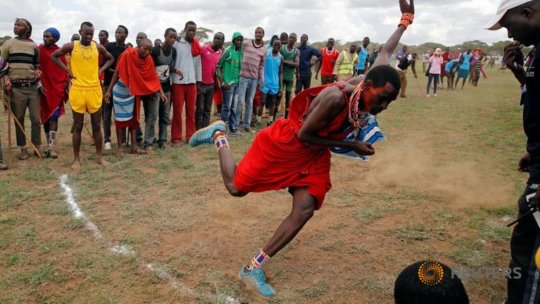 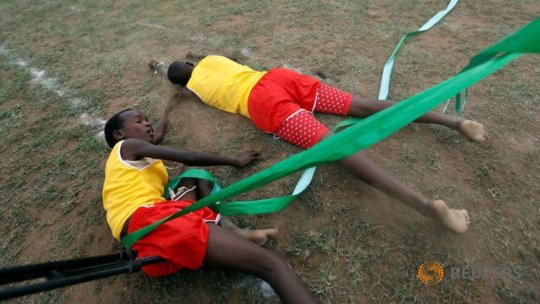 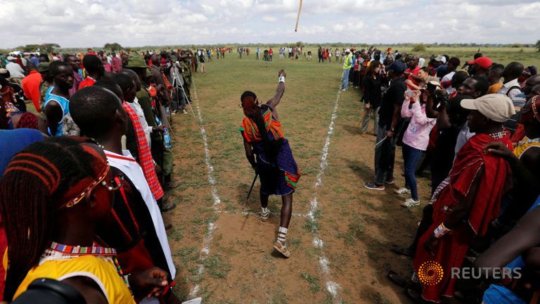 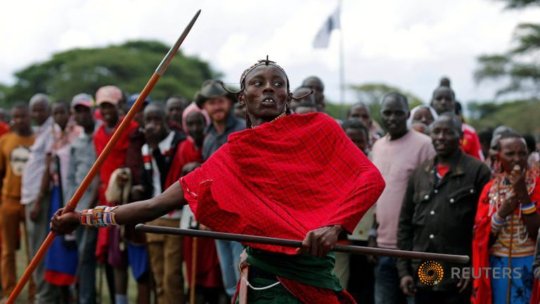 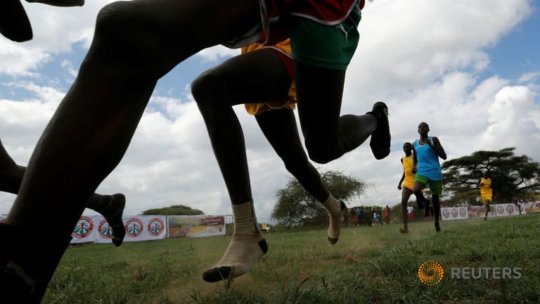 Maasai athletes competing in 800m with no shoes. 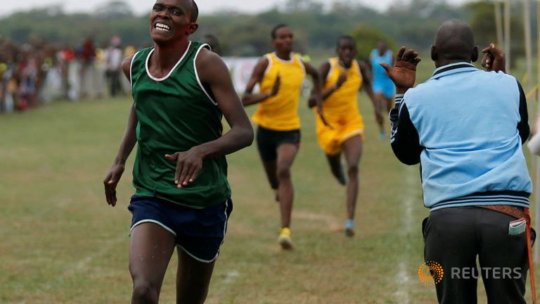 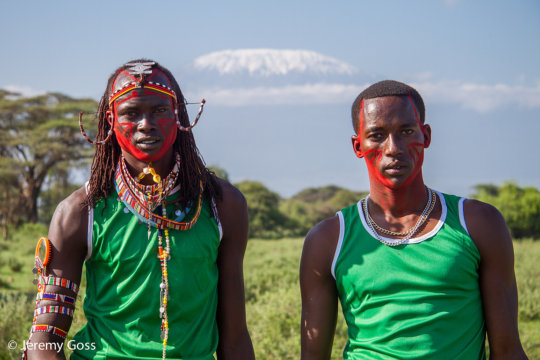 The world needs innovative and collaborative approaches to old problems. This especially applies to conservation, as we race against time to save many iconic species of African wildlife from extinction. Enter the Maasai Olympics, forged from a close partnership between Big Life Foundation and the Maasai elders to save wild African lions. Big Life's Predator Compensation Fund has achieved great success in protecting lions in the ecosystem, but the Maasai Olympics is reaching warriors on an unprecedented scale.

Tradition and cultures are still strong in Maasailand and, until recently, so was the desire to kill lions. The Maasai Olympics is an attempt to engage young men, who might otherwise be the ones hunting lions, and demonstrate that conservation can mean something other than dead livestock, killed by wild predators.

Including girls in the Maasai Olympics is critical, as girls can influence warrior thinking and behavior. For example, a lion hunt initiated by the warriors in early 2014 on Rombo was a direct result of the manyatta women berating the warriors for failing to protect their livestock and mocking them, saying they were cowards.

Imagine a day of colorful spectacle with athletes and fans adorned in their finest beads. Chanting ripples through the earling morning mist, a feeling more than a sound. Maasai warriors prepare to clash, but on the sports field rather than a battleground. A herd of elephants edges past rain storms in the distance while young men paint each other's faces. The long-awaited final day of the Maasai Olympics is here, the culmination of a year of conservation education blended with sport. Passionate cheering from the spectators arises for each competition and victory. The star athletes shine, but the day is about more than individuals, and each victory is celebrated by entire communities. Young men and women will go home heroes, carrying a message of the importance of conservation, and will serve to inspire the next generation of competitors in future Maasai Olympics.

The message that lion killing no longer has a place in Maasai culture is interwoven with the days events. All in attendance are witness to the willing embrace of new cultural traditions. The spirit of hope and positive change crackles throughout the air. Global and regional media is in attendance to record this amazing event.

From an idea and a willingness to change has grown a dynamic force of guardians to protect lions. This is impactful and meaningful conservation in action built on a foundation of community partnership.

None of this is possible without your generosity! We have provided progress reports to you throughout the year, and the time has arrived for us to formally invite you to attend the Maasai Olympics on Saturday, December 10, 2016 in Kenya. Everyone is welcome and if you cannot make it in person please follow the events from a distance. The following is a schedule of the day's events and directions: 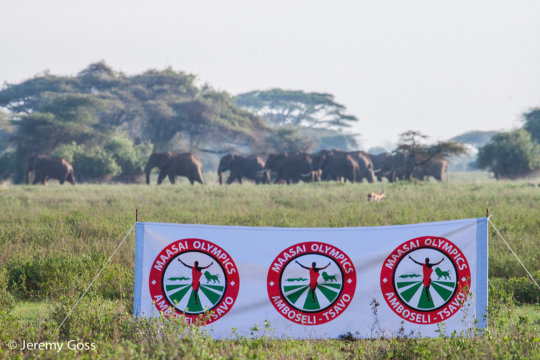 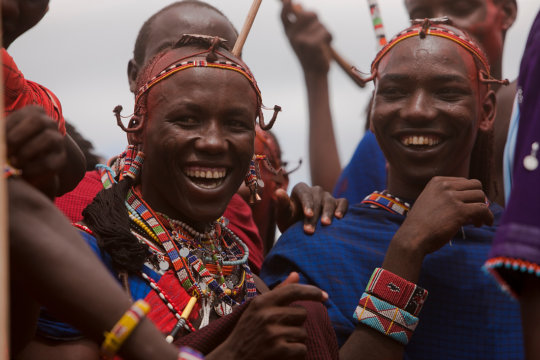 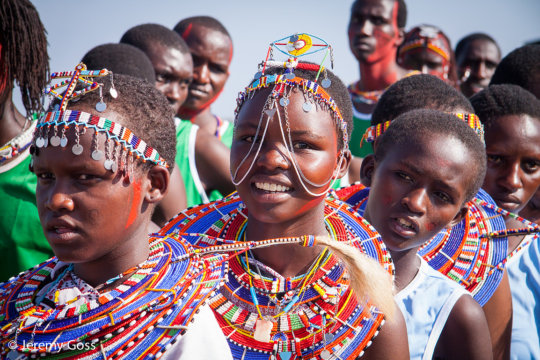 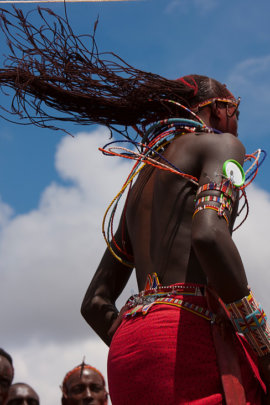 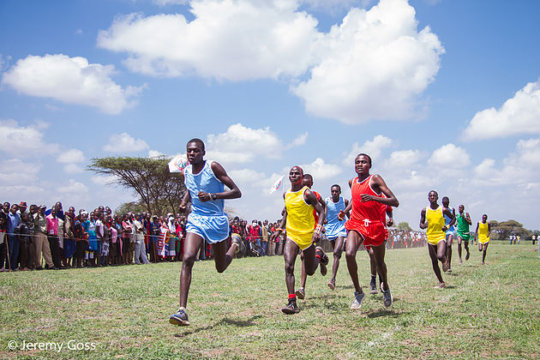