Another Year of Two Olympics 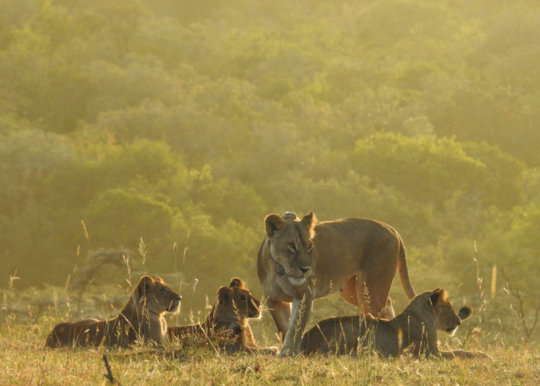 In a few weeks, athletes will head to South Korea to compete in the winter Olympics. On the other side of the world, a very different kind of athletic preparation is starting to begin. Later this year, the Maasai in southern Kenya will compete in their own Olympic games to compete for medals, instead of lions.

The final competition won’t happen until December 15, 2018. Between now and then, the athletes will face a series of challenges. In the coming weeks, they’ll begin to compete locally to form their teams.  Later this spring and early summer, regional tournaments will establish who the top competitors are. And outreach with the local communities about lion conservation will be ongoing through all of it.

All of the statistics we gathered demonstrate that the Maasai Olympics is achieving its goals of improved education about the importance of lion conservation, and raising the profile of lions as a species worth protecting.

Last week, the success of this program came full circle, when seven healthy lion cubs were spotted in the ecosystem. The Maasai Olympics provides an alternative for the young warriors to demonstrate their bravery instead of participating in traditional lion hunts. It’s just one part of a larger program to protect these critical apex predators, and we couldn’t do it without your help.

Thanks for all of your support. 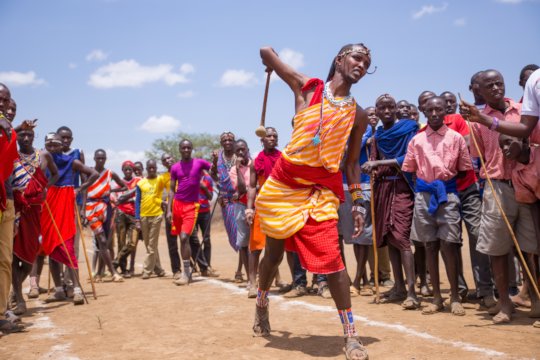 Rungu throwing during the 2016 Maasai Olympics 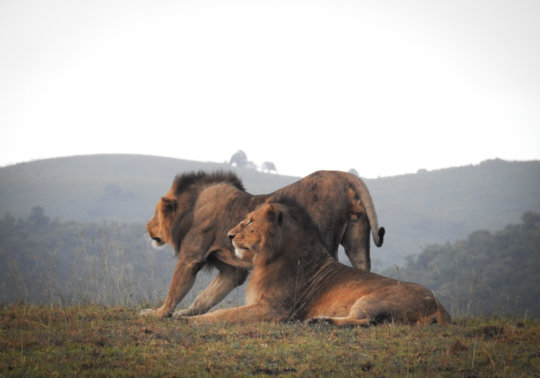 Male lions in the Chyulu Hills

"Tribe versus Pride" in the Dry Season 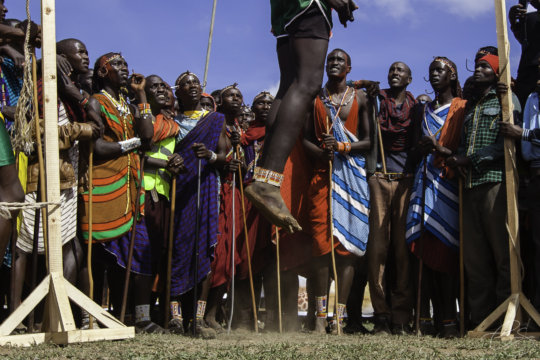 As you know, the Maasai Olympics, which you have generously supported, is all about changing the relationship between the Maasai and the lions they’ve historically hunted. The biennial games provide an opportunity for the warriors to compete for medals, not lions. The work in the off-years is ongoing, consisting mostly of outreach, conservation education, and community meetings across our Area of Operation in the Amboseli-Tsavo-Kilimanjaro ecosystem.

Although we are experiencing great success, there is still work to be done. In the second quarter of the year, Big Life rangers worked with local partners to stop two lion hunts. In the dry season, lions and other predators tend to kill more livestock, because there’s generally less food. In fact, lions killed 38 animals during the second quarter as the territory headed into the dry season. The rains have since returned, and we’re still tallying the third quarter numbers.  But between the Maasai Olympics and our predator compensation fund, the positive impact is undeniable. There are more lions in the ecosystem than there have been in at least a decade.

Related, we’re excited to share that there is a forthcoming film about the Maasai, their relationship to lions, and the Maasai Olympics. Written and directed by Big Life Board Director, Dereck Joubert, “Tribe versus Pride” recently won the Special Jury Award at the Jackson Hole Wildlife Film Festival. The film addresses how the games provide an opportunity to win “…trophies of a different kind, but are regarded with the same importance and approval within the communities. Bravery can still be tested and expressed, while the lion, friend and foe of the Maasai, may continue to roam the African savannahs.”

We’ll be sure to share with you when the film has a release date, but in the meantime you can check out the trailer linked below.

Thank you for all your support of the Maasai Olympics. Together, we can change the world. 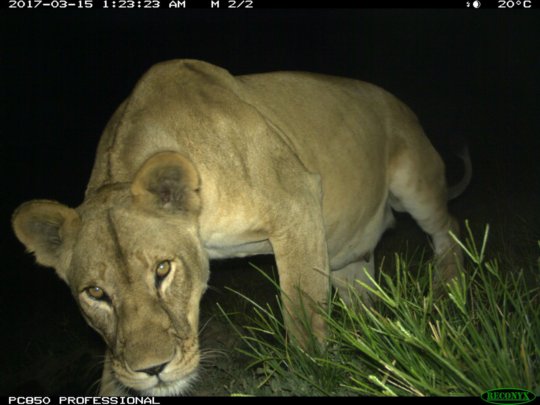 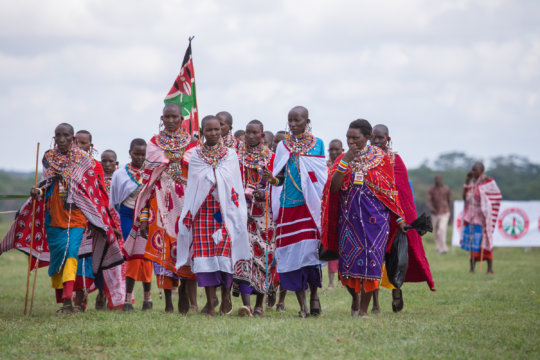 A Changing Culture to Protect Lions 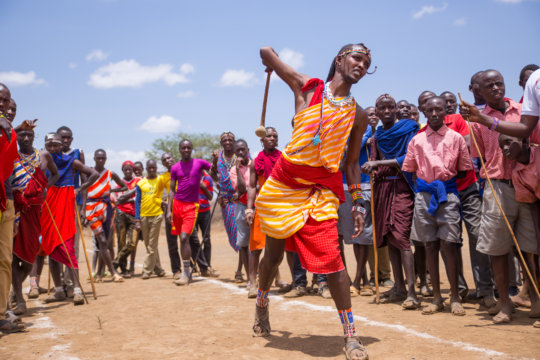 A Maasai warrior throws a rungu in competition

Big Life’s core mission is to work on the ground in East Africa with local communities to protect wildlife and wild lands for everyone’s benefit. Our area of operation in Southern Kenya is an area where humans and wildlife coexist and interact regularly. In fact, the area hosts part of the largest remaining free-ranging contiguous lion population in all of Africa, and is home to over 40% of Kenya’s remaining lions. It is also home to well over 100,000 people. Those owning livestock face one of the highest rates of predator-livestock conflict reported anywhere else in Africa.

Consequently, the Amboseli Maasai have a long history of lion killing, and traditionally recognize two types of lion hunting: Olamayio and Olkiyioi. The first is a warrior’s manhood ritual, which brings prestige to the warrior who spears the lion. Olkiyioi killings on the other hand are carried out by anyone in the community in response to a lion attack on livestock, particularly cattle.

Big Life manages a predator compensation fund, which compensates herders when their livestock is killed by predators like lions. This compensation fund is the overarching element of our predator protection programs, and has caused a dramatic reduction in lion killing over the years. As a result, the lion population in our area of operation has increased from less than ten to over 200.

Economic compensation is one thing. But changing culture requires another approach entirely. Which is why the Maasai Olympics were born: to provide an alternative set of activities to traditional lion hunting within a culture where warrior lion hunting has existed for as long as the Maasai have lived in East Africa.

With your support, it’s working. The sports activities featured in the Maasai Olympics replicate the skills warriors previously used for lion hunts and include: 200 meter, 800 meter, and 5,000 meter races, javelin/spear throwing, rungu throwing, and high jumping. Educational meetings in the year leading up to the Olympics include a showing of the film “There Will Always Be Lions?” produced in the Maa language and reinforces the message that lion killing is no longer culturally acceptable and must stop. It also reiterates that failure to end lion killing hurts economic opportunities and is unsustainable for the future of the Maasai people.

The next Maasai Olympics won’t take place until December of 2018, but your support now is critical to continuing local education programs about these conservation issues. Maintaining momentum and building on the success will help to expand the program to include more communities and protect more lions in Kenya in the coming years. 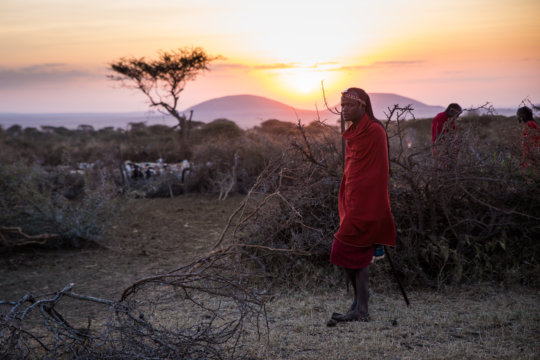 Herders protect their livestock at night 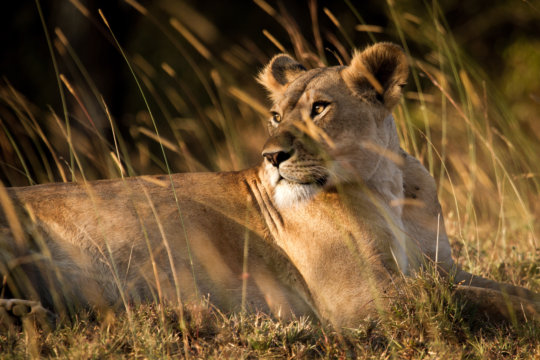