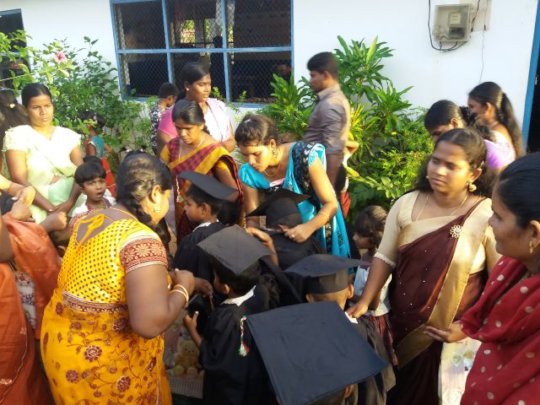 Preparing for the Big Day

When we refer to early childhood education, its importance is often related to children growing up under normal circumstances. Very rarely do we relate its importance to children living in vulnerable communities. There are many reasons for this. Sometimes, we forget that these children are equally important; sometimes it is because they live marginalized, hardly heard or seen so we forget to recognize them. Pockets of programmes take care of their needs but an overall recognition of equal access to child care and education is overlooked. State policies may well be in place but implementing them in total is ignored at many levels.

Providing early childhood education for rural, vulnerable children is perhaps the only way to get out of the poverty cycle. It was a big day therefore for the Sunshine Children when some of them celebrated their graduation. Dressed up in the traditional graduation gown, they were so excited to be presented with the much-awaited graduation certificate. Their next destination – the local primary school. We are told that the children who transfer from the sunshine day care have many advantages. They are confident, cry out for help without being shy, interact openly making friends easily and have the basic skills to help them settle down.

Parents of the children are aware what this means to the family and in particular, the long-term benefits and impact it has on their children. For the children, it was no doubt the biggest day in their early childhood experience and one they will not forget! 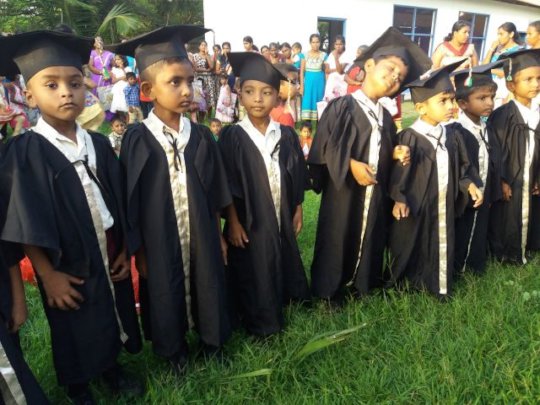 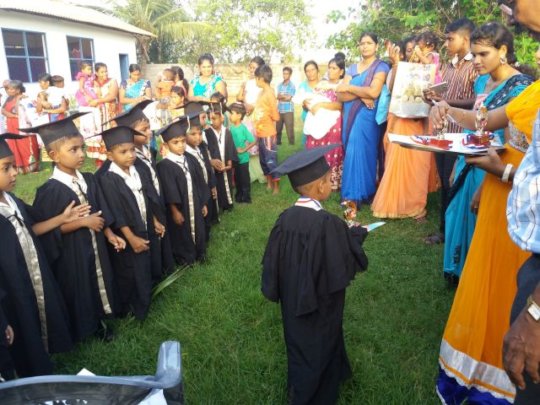 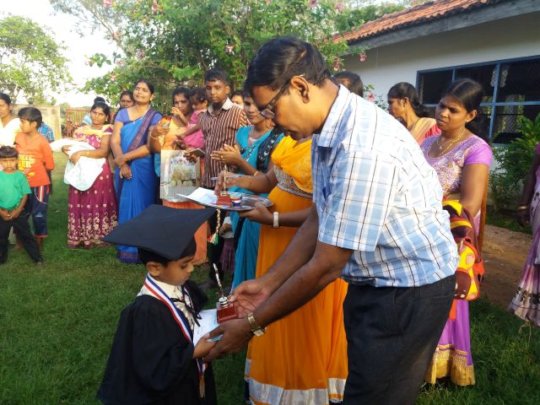 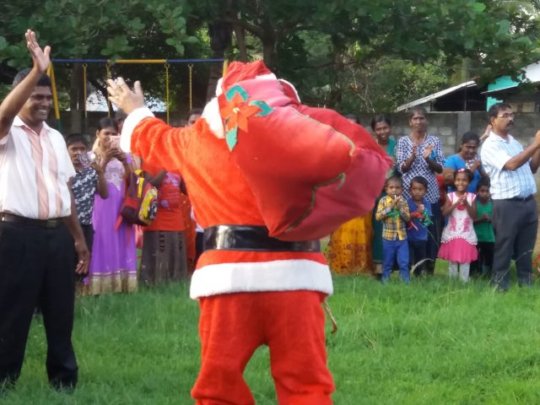 Christmas is fast approaching and children around the world can’t wait to open their Christmas gift usually left under the Christmas tree or brought to their bedside by Santa. There are, however, many children particularly from vulnerable communities for whom Christmas and Santa is only a dream. That dream was made real for fifty-two Sunshine Kids thanks to the generosity of Santa Claus who travelled all the way to visit them in the rural village of Sambalthivu, Trincomalee, Eastern Province of Sri Lanka. For many, it was the first time they met Santa. The kids performed and sang and later invited Santa to share the food and drink that was served. After a wonderfully spent afternoon, Santa was on his way home. For the Sunshine Kids it will be a Christmas they will never forget!

We also would like to thank YOU, our donors who so generously gave to support our programmes and projects. The funding received has helped the Sunshine Day Care Centre to provide so much for the kids. Thirteen years and we are still going strong thanks to YOU!

From the Trustees of The Sunshine Charity

We wish all our donors, friends, well-wishers and volunteers

A Merry Christmas and A Happy New Year! 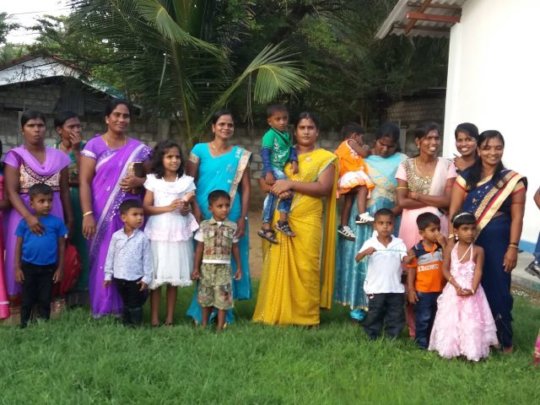 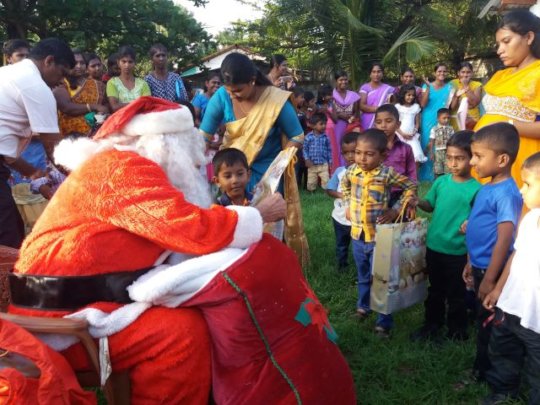 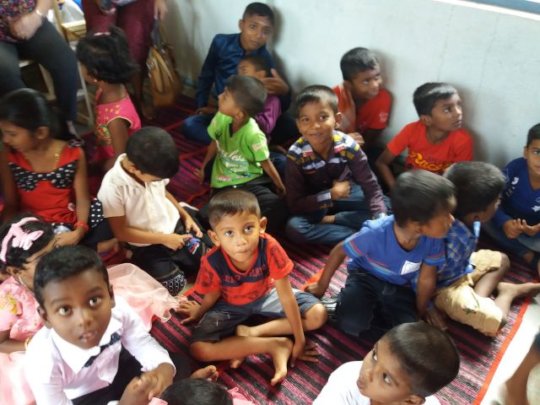 What a fun day 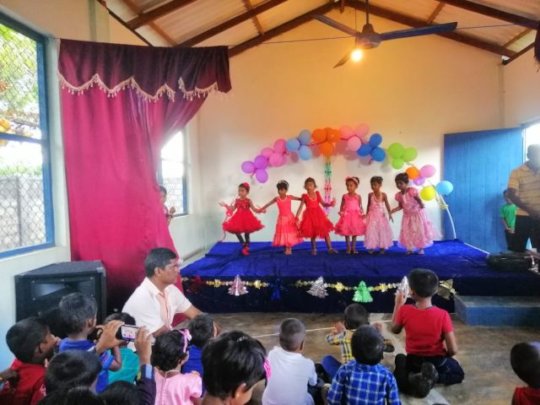 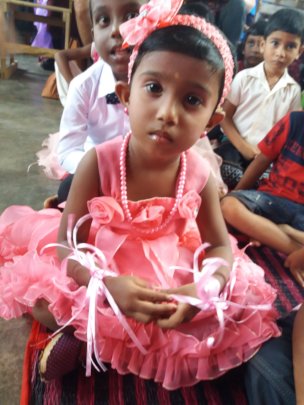 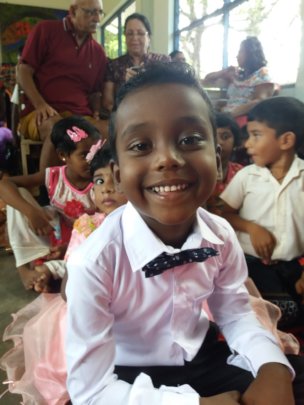 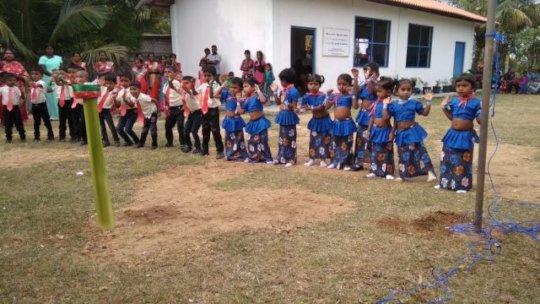 Kids always look forward to the end of a school term as it marks the beginning of another holiday season. For the Sunshine Children the summer term ended in a special sports-meet. Special, because for the first time it included the participation of the wider community. Participating at previous sporting events were children, their parents and staff. This time participation included representatives from local government, pre-school education bureau, the organization’s partner at local level - The Church of the American Ceylon Mission, members of the local police station and the neighbouring community. The inclusiveness of the event allowed the local community to get to know the work of the day care centre in a friendly and sociable atmosphere and above all have a human contact to the children.

Community Participation is interpreted in different ways at different times. The definition The Sunshine Charity has pursued since being established, is similar to the one defined in a 2004 publication by The Policy Press, UK - “community participation means the engagement of individuals and communities in decisions affecting their lives,”. Though many organizations do adopt this concept, working directly for and with a community entails much more. Encouraged by the Gandhian principles of community engagement, the trustees have strived to keep the participatory role of the community as part of every programme implemented, whether it be the designing of the menu for the vulnerable children served, creative opportunities and outings for the children or health care, parents, children and members of the staff have contributed their time generously to achieve the mission.

Exemplary qualities were seen this year by local suppliers and companies. Encouraged by the value of the community projects and understanding the participatory concept adopted, regular suppliers have treated the children with cake and milk followed by some fun play-time.

Providing a proper kitchen at the day care centre also lead to another meaningful community participation. Initially, the one nutritious meal provided for the children was cooked elsewhere and transported to the day care centre. This was followed by the food being cooked on firewood within the day care centre compound. Although inconvenient, limited funding did not allow a fully equipped kitchen. As time went, the kitchen was upgraded but it was only recently that the day care centre was provided with a ‘super kitchen’. Since the contractor assigned had been working with construction, repairs and maintenance of the centre over the years, he had got to know the organizations objectives and intent for the children served. Very often he would contribute his talent voluntarily.  His approach encouraged a group of mothers to donate a gas cooker for the super kitchen. Many of these families can hardly afford a gas cooker for their own homes but their collective generosity provided for one at the day care centre. This is a good example of where community members showed ownership through voluntary contributions.

Understanding the needs of the community is a key component of the Sunshine Charity programmes. Using the correct tools to connect to the community, engaging them and encouraging them to be part of the process has helped enhance their active participation, leading to the sustainability of our work. 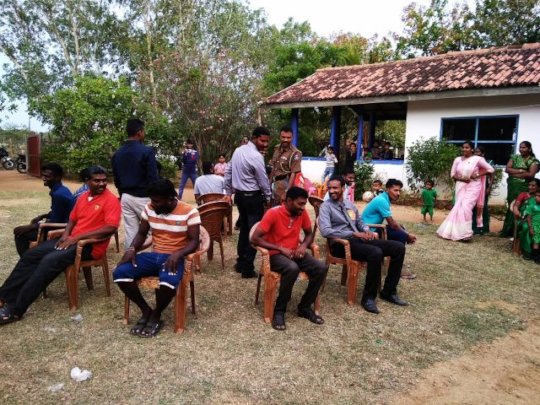 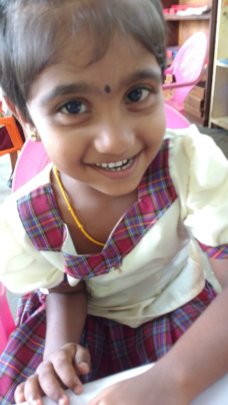 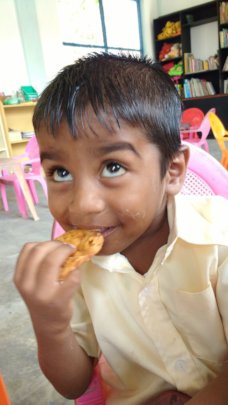 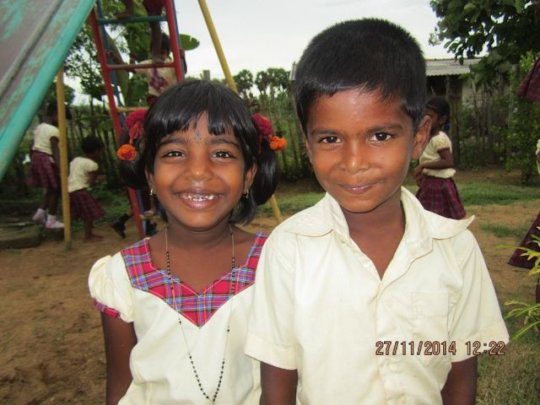 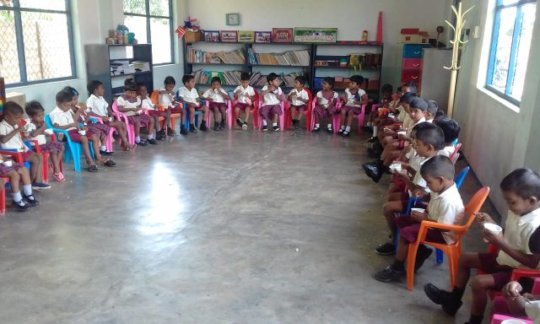 Happy to be at Day Care 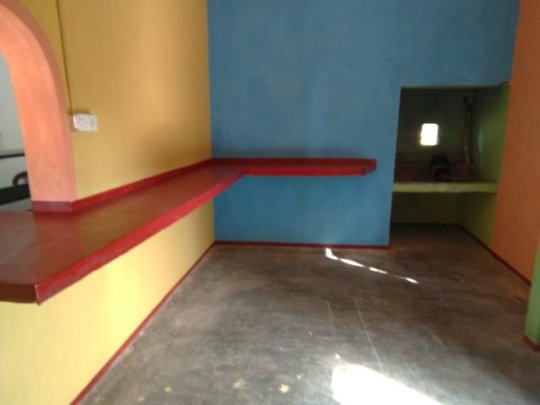 Super Kitchen
‹ 1 2 3 4 5 6 7 8 9 ›
WARNING: Javascript is currently disabled or is not available in your browser. GlobalGiving makes extensive use of Javascript and will not function properly with Javascript disabled. Please enable Javascript and refresh this page.