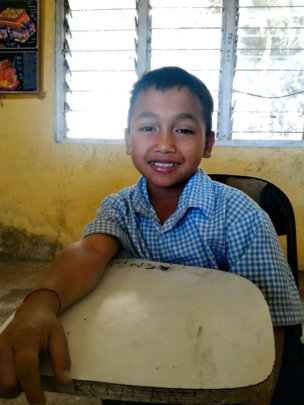 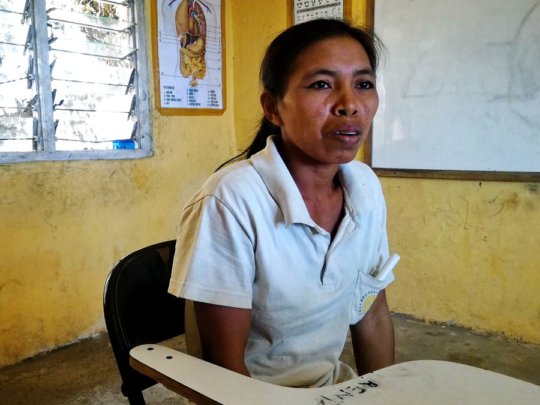 Ibu Kerti is originally from Sumatra although she graduated senior high school from EBPP school in Ban village. In January 2005, when EBPP got funding commitment for Jaituhu children.the community of Jatituhu selected her (along with 4 others) as the most competent person to be a tutor in the system EBPP developed for all of their schools since launching Bunga School in 1999. Apart from being highly literate and even speaking some English prior to her training, Kerti was motivated and determined to support the children to a future of successful community development led by members of the community, for the community.

When she first began teaching in 2005, none of the children in Jatituhu could read or write, and had no knowledge on anything other than their daily chores to survive.

According to Ibu Kerti, the main challenge in the first few months of her tutoring was the fact that the students did not have any motivation to go to school as they were preoccupied with daily chores that they had done since they could walk, with other family members, and depended on for their survival. They were often late to school as a result of this, which is why the community later selected the best times for classes to begin.

However, she is impressed that very soon, due to the interactive and participatory lessons in each subject, all students were very engaged and motivated to study, with a thirst for more knowledge so that they could educate their parents eventually to lead the development of their Jatituhu community.

Ibu Kerti believes that the main skills the children here require for a successful future is good hygiene and the ability to solve problems, starting with basic arithmetic, especially to perform daily tasks (purchases at the market for example) more efficiently and ensure that they can be hired for a job in the future.