May and June Report for the Sanctuary Animals in Coimbatore, India 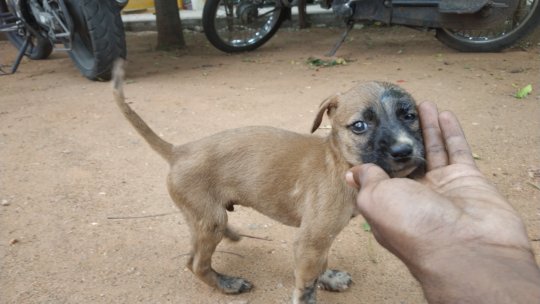 May and June brought us the much needed rains and all our animals rejoiced along with us as the dry parched land gave way to lush green grass and the trees swayed contently as the steady showers caressed them. There was a bit of disappointment as the number of new donations were very few during these two months; however the thoughtfulness behind the recurring donations helped us sustain the project and also facilitated few critical rescues and a number of adoptions.

Thanks to your support, Peanut - a helpless innocent puppy completely covered in tar is now safe and sound with us. He is all hale and hearty waiting for his forever home and loving family. He rightfully earned his name after being smeared with generous quantities of peanut that was used to remove the tar sticking all over him!

Chaser's story took an unexpected turn when he was hit by a fast approaching vehicle that left him severly injured and resulted in having to amputate one of his limbs. Your donation funded his treatment and care and he is now up and about as a fiesty tri-pawd pooch. Unfortunately, due to him being tri-pawd now and his chasing nature which is hard to curb, he can’t be released back into the streets after recovery. He will soon be one of our permanent sanctuary residents, as his condition would not be conducive for a street life any more.

Thanks to you, senior pets Pigmy - a Spitz mix and Snowy - a labrador, could be rescued and brought under our roof after they were found abandoned on the streets. Pigmy suffered from mammary tumor and Snowy from Pyometra. Thankfully, we could fund both their surgeries from which they have fully recovered now and are ready for a second innings in their lives. They too will now join our ever increasing sanctuary animal family, as left on their own, either would not be able to survive on the harsh streets of India.

Your donations have helped us through and through and we hope you will continue to support us in enabling more animals get a second chance in their lives. Our deepest gratitude and sincere thanks to each one of you for your trust in us in caring for several homeless and injured animals of this city. 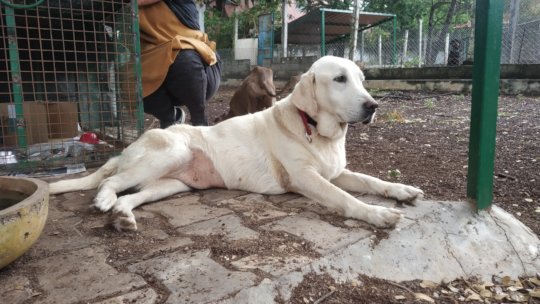 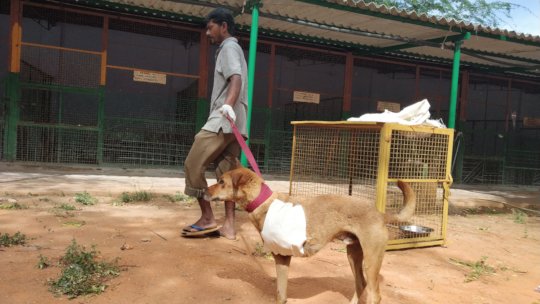 Chaser on the Road to Recovery! 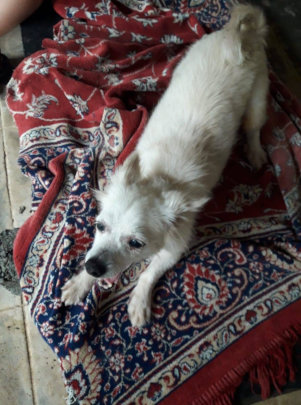 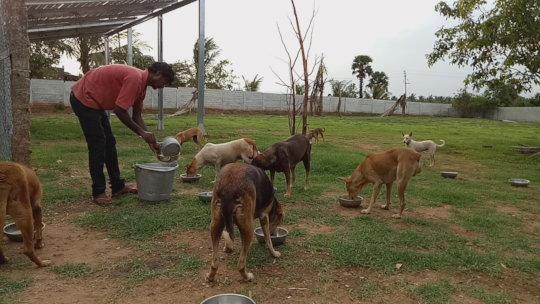 March and April are truly the hottest months for the city of Coimbatore and this year was exceptionally so, as the monsoons had failed last year. The ground was left unbearably dry and barren after having depleted the groundwater considerably. We faced severe challenges due to the shortage of water. Your recurring donations, as well as a few new donations that we received, have been truly life-saving for all our animals as we were able to re-bore our wells, buy new pumps and also de-silt the well on site. This enabled us to procure sufficient water for all the animals and also ensure that we could feed them adequately with nutritious food.

In the middle of all these, we had to keep our rescue and rehoming operations, the spay/neuter and vaccination drive as well as several life-saving surgeries going. Our community awareness efforts brought about significant support in terms of public participation and volunteering and we are forever grateful for that. We have overcome these hurdles only because of your unstinting support for the cause and we want you to know that your donations have made a significant difference to several lives during the toughest time of the year.

We deeply appreciate the kind and generous gesture of all our donors in helping us tide over these two difficult months of the year. 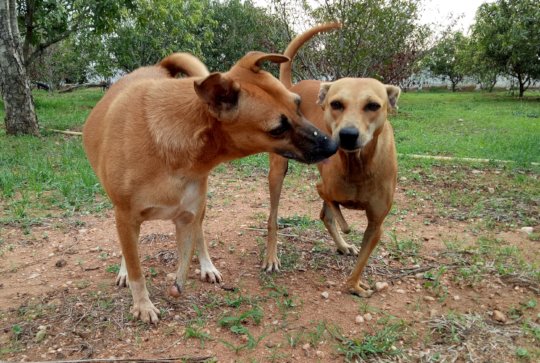 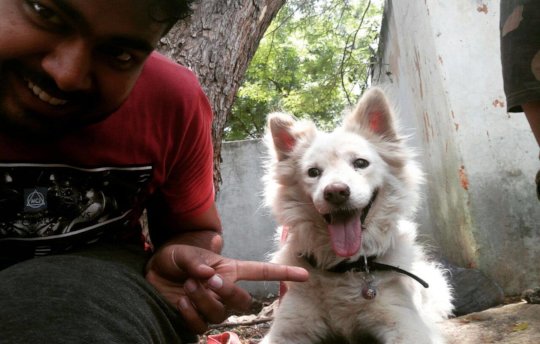 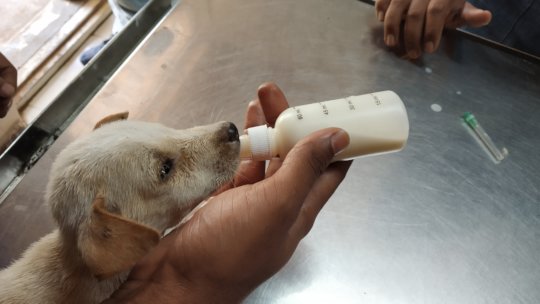 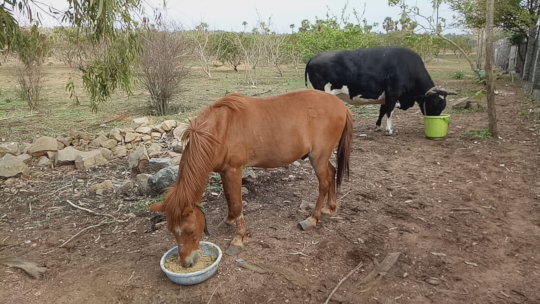 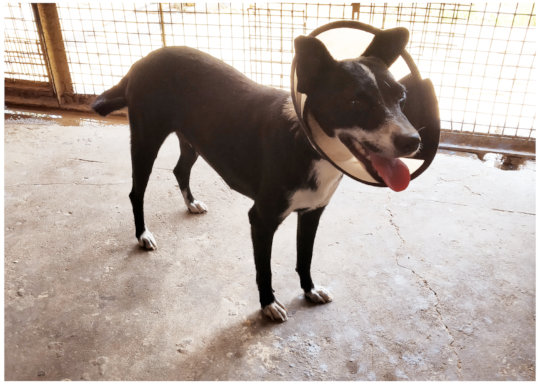 Update on activities by Humane Animal Society (Coimbatore) during February 2018 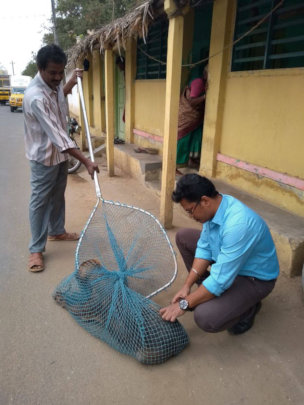 February month was phenomenal as we built upon the successes in January. In addition to performing several life-saving surgeries to animals rescued during this month, we have been able to conduct an Anti-Rabies Vaccination (ARV) drive, create awareness about prevention of the deadly disease of Rabies and conduct several spay/neuter surgeries during the World Spay Day.

Your recurring donations as well as a few new donations that we received have been a great support during this month. The life-saving surgery for little Pop-eye made a significant difference to his life, as the surgery on his eye could be done successfully and the icing on the cake being that of him getting adopted to a loving family soon after. We did couple of other life-saving surgeries, saving a female dog suffering from pyometra and also another rescue dog from mammary tumor.

The vaccination drive was a huge success as it was combined with community education and awareness. Our team of veterianarians and staff conducted vaccination on 18 street dogs in a community and also educated the pubic about prevention of Rabies. The effort was well received as we received several requests from other areas to conduct similar drives.

Celebration of World Spay Day was also done in a systematic manner by scheduling spay/neuter surgeries for community dogs and also educating public about the perils of pet overpopulation and the only scientific method of controlling it being responsible spay/neuter surgery of pet and community dogs at appropriate age. We were able to spay and neuter 12 dogs as part of this campaign on World Spay Day and your kind donations have helped us achieve these significant milestones.

We are deeply indebted to all our donors for helping us move forward in our mission to make this world a little bit better for the companion animals of Coimbatore. 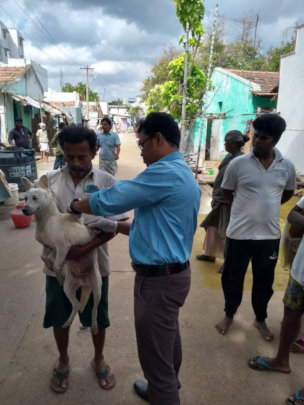 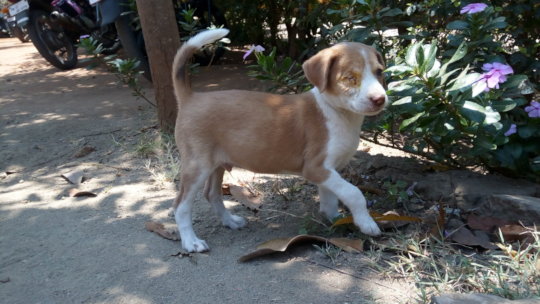 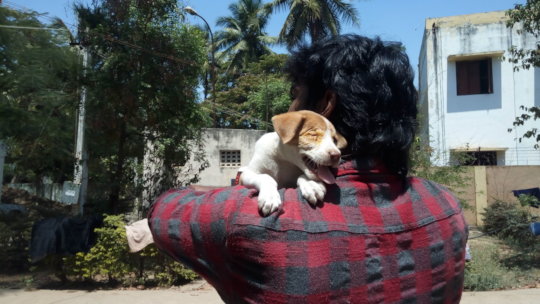 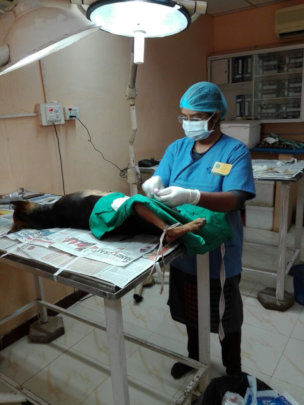 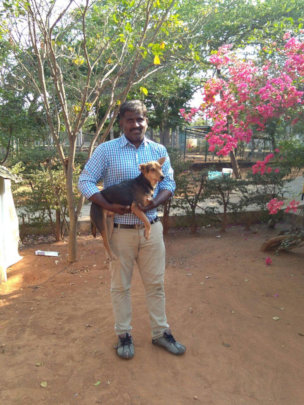 Going Home
‹ 1 2 3 4 5 6 7 ›
WARNING: Javascript is currently disabled or is not available in your browser. GlobalGiving makes extensive use of Javascript and will not function properly with Javascript disabled. Please enable Javascript and refresh this page.