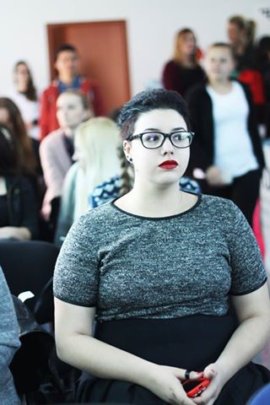 Centre for Civil Society Promotion has requested support of all relevant ministries and institutions for approvals, promotion and distribution of information about the largest information and education event „Hour of Code“. The complete action was supported by all ministries responsible for education in the Federation of Bosnia and Herzegovina, the Department for Education in Brcko District and the Agency for Preschool, Primary and Secondary Education in Bosnia and Herzegovina. Without the support of all these institutions, the action would have not achieved these impressive results.

During Hour of code 2016, Bosnia and Herzegovina has achieved the best results in the region for the third year in a row with more than 30 000 participating students in over 263 schools and non-governmental organizations . Promotional action of Centre for Civil Society Promotion achieved remarkable results, and in this year has exceeded all expectations. Biggest focus was on involving young girls from smaller cities and rural areas in B&H.

As well, with the support of the Swiss Embassy in B&H, Centre for Promotion of Civil Society has developed modules of education for teachers called „Innovations in science teaching: Innovative teaching with the use of free tools for school„ in order to sustain the impact on youngest throughout whole B&H. Education was intended for teachers of class and subject teachers interested in application of information technology in education, and to teachers and professors in primary and secondary schools. Participants of the education were introduced to innovative methods of teaching the materials in information technology. They were also introduced with free tools to improve teaching informatics (online tools and solutions for better productivity). Participants were also introduced to the following free tools: tools for online tests, video channel, web-based programming, how to create your own blog and share teaching materials with students and colleagues. Total number of participants in this educations was 98.

Next activities we will implement are related to creative workshops for girls and boys about programming a website and development of their IT skills. Preparations for Girls IN ICT 2017 will begin as well, where we will try to involve more girls from rural areas and present them the most wanted carrier in the world. 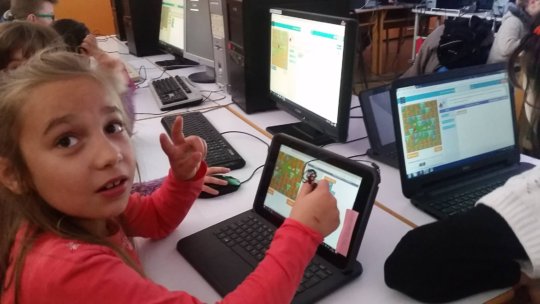 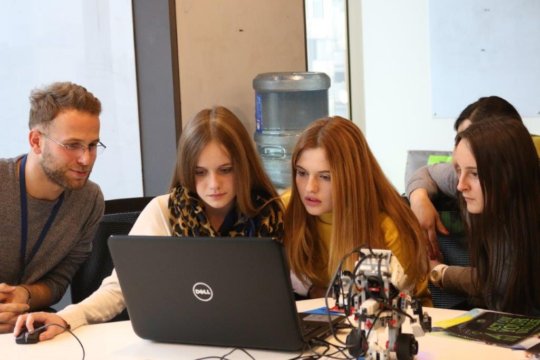 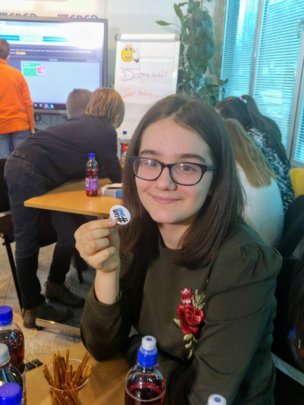 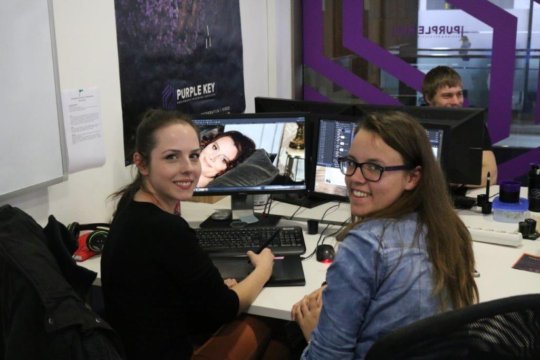 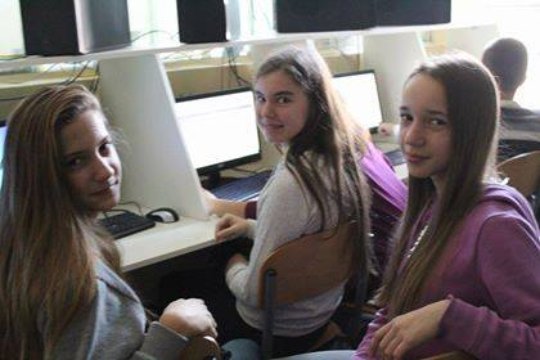 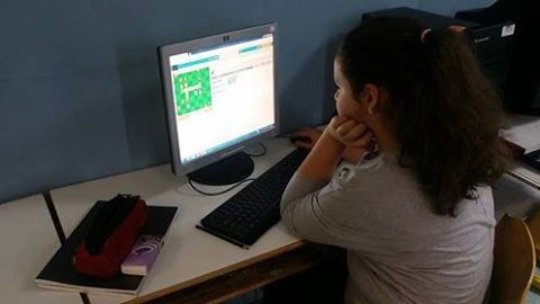 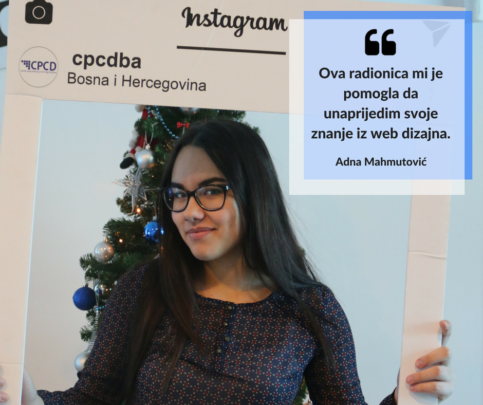 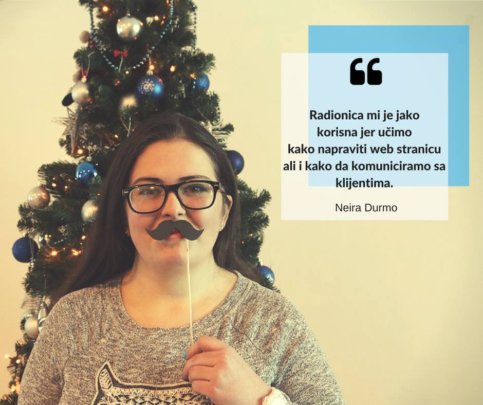 We are preparing for the new round of IT educations! 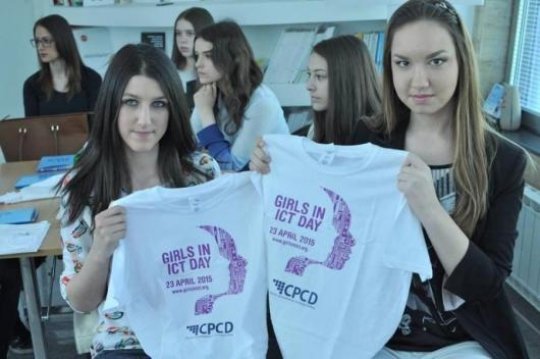 Information and communication technologies are a chance for women around the world for the realization of a successful career.

Through its Mentoring program for women CCSP, a non-profit organization based in the Bosnia and Herzegovina, is working to support young girls in remote areas of B&H by giving them an education support combined with mentoring, practical business and life skills. Special focus is given to networking and workshops on new technologies, health, education and self-education.

CCSP organized a two day workshop in April 2016. Participants were 20 girls: five girls from the elementary school "Hamza Humo" from Zenica suburban area, five girls from Elementary School "Medium" Ilijaš, five girls from Mixed Secondary School Buzim, and five girls from SSC "Milorad Vlacic" Vlasenica. Girls were accompanied by their teachers, since they are under 18. The workshop covered following sessions: “Self-esteem is important for girls”, “IT career”, and “Coding”, delivered by experts for business and non-profit sector.

CCSP currently preparing for set of events to be organized in December 2016, where more than 100 schools will be involved into Hour of Code, the biggest learning event at global level, aimed at introducing coding and IT skills to young people. We will have first set of activities in October and November, where 100 teachers will receive education on teaching innovative IT to their students. Importance of paying special attention to IT education to girls, and their encouragement to be involved into IT initiatives and learning events, will be highlighted at these workshops for teachers.

More than 15.000 children will be involved in Hour of Code in December 2016, where at least 6.000 girls will be actively involved by their teachers. At least 2 special sessions will be organized for girls, and social networks (Facebook, Instagram and Twitter) will be used to encourage and invite girls to join these events.

CCSP conducting fundraising campaign for these activities, as we need some funds for costs related to travel, education of teachers, prizes and refreshment for kids, learning material, promotion costs etc. Some of the funds are fundraised already, from Swiss Embassy in Bosnia and Herzegovina, and from DM DrogerieMarkt BiH, but we still have need for support.

We want to thank you for your support, and to invite you to continue supporting our cause. 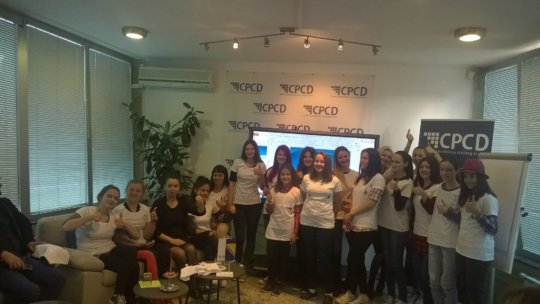 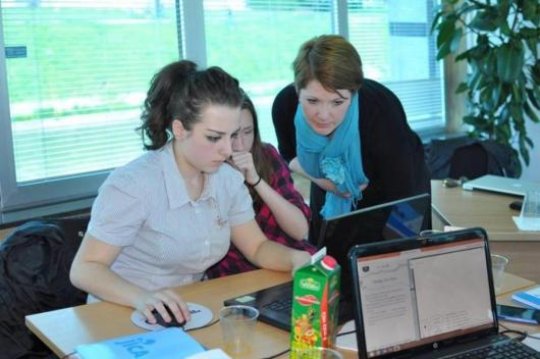 Workshop for 20 girls from rural areas of Bosnia 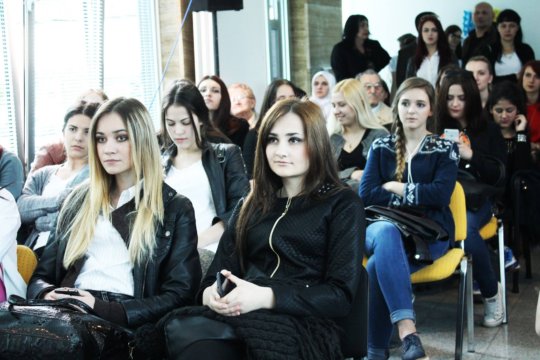 Information and communication technologies are a chance for women around the world for the realization of a successful career. Activities organized every fourth Thursday in April, as International day of Girls in ICT, aimed at raising awareness of the opportunities offered by this profession and encouraging girls to the orientation towards these professions based on their own interests and talents. For them, this is an opportunity to learn about the field of ICT which could be educated, to acquire the first contacts for their future careers, and find inspiration in successful women leaders.

Through its Mentoring program for women CCSP, a non-profit organization based in the Bosnia and Herzegovina, is working to support young girls in remote areas of B&H by giving them an education support combined with mentoring, practical business and life skills. Special focus is given to networking and workshops on new technologies, health, education and self-education.

During 2016, it was planned to organize a workshop for 20 girls from remote rural areas of Bosnia. That plan is implemented, by organizing a two day workshop in premises of CCSP in Sarajevo (27th and 28th of April 2016). Participants were five girls from the elementary school "Hamza Humo" from Zenica suburban area, five girls from Elementary School "Medium" Ilijaš, five girls from Mixed Secondary School Buzim, and five girls from SSC "Milorad Vlacic" Vlasenica. Girls were accompanied by their teachers, since they are under 18.

Workshop topic delivered on 27th of April was “Self-esteem is important for girls. Girls had an opportunity to discuss IT career with Ms. Elmana Pelko from IT Company Authority Partners. On 28th of April, CCSP organized final event, where 60 girls in total participated at two workshop sessions (40 girls from Sarajevo and 20 from rural areas of Bosnia). Mr. Ismar Kasapovic delivered lecture and practical work on coding, while Mr. Adi Salcinovic delivered lecture on IT skills and education options. Through the workshop, girls had the opportunity to meet with IT experts, and through their lectures gain knowledge in these areas. It was also a unique opportunity to girls from different backgrounds meet and encourage the professional orientation in the field of ICT. They have created friendship, and their teachers agreed some form of communication and cooperation after the workshop. Girls will express their satisfaction with the workshop, and they are willing to become leaders and promotors of Hour of Code in December 2016 in their schools and communities.

Elma (16) from Buzim had a dream meet a real journalist, and to learn how to present her great ideas to others. “I will try to be less shy then before – I have learned that my ideas are worthy and I have big plans to tell to my parents back home” she said just after the self-esteem workshop session with Ms. Selma Sehanovic, journalist at FTV.

Girls and their teachers were accommodated in the Hostel, some of them for two nights. They had all meals and snacks, dinner and site seeing tour organized during their visit to Sarajevo.

It was planned that girls will receive education packages containing books and small gadgets, but due to insufficient amount of funds collected, it was not possible to implement this part of the plan.

At the solemn event organized 04.28.2016. The International Day of girls in ICT attended by 70 girls and guests from schools, institutions, associations of citizens and companies, as well as representatives of the Communications Regulatory Agency of Bosnia and Herzegovina, JICA, the American Embassy, the Spanish Embassy, the UN, and Microsoft BiH. Participants were delivered and gratitude for the support provided by the CSPC in working with youth. 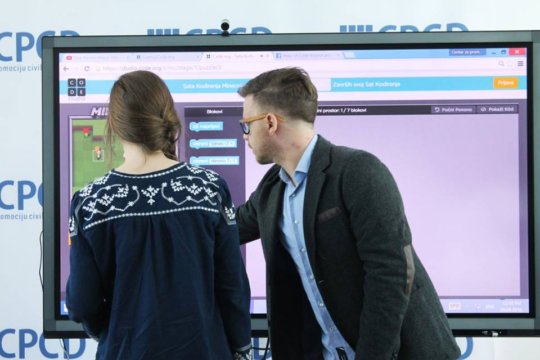 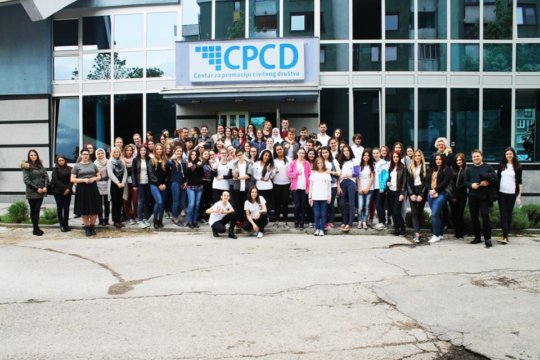 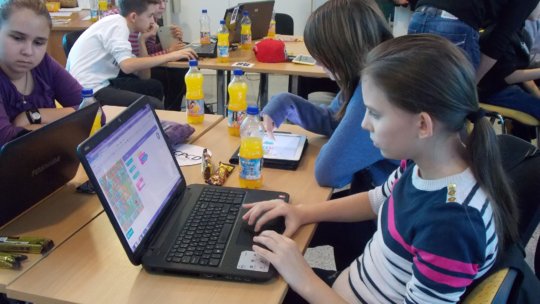