Our work continues in the face of hardship 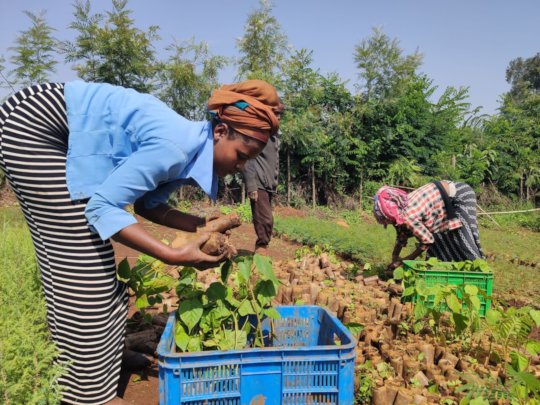 Grading seedlings in the nursery, Amhara

Northern Ethiopia is facing more challenges than usual. In addition to the outbreak of COVID, a war between government-led forces and those in our project regions has been creating significant unrest since late 2020. Thankfully, our project teams and partners are safe.

Since most of the project activities in Amhara took place before war broke out, there was great progress last year. 306,209 seedlings that were raised in two nurseries were planted, meaning that we exceeded our restoration target by almost 30%. A survey of seedlings already growing in communal lands showed good initial survival rates of 93%. And with another 896 households joining the agroforestry programme here, we are meeting our goal of engaging over 50% of all families in the villages.

In Desa’a, achieving our restoration targets last year is exceptional considering the circumstances. 3000 ha was brought under restoration management. This is almost double our original target due to successful sign-off of local by-laws and strong community mobilisation. 12 nurseries raised 917,512 tree seedlings this year, and 683,867 were planted in the new restoration sites.

The arrival of COVID meant that restrictions on movement affected staff travel to the project sites, but discussions with the government led to a permit being granted. Planting, soil and water harvesting construction could continue by following shift patterns and social distancing, though training and consultation meetings were postponed until later in the year. COVID’s biggest impact on the project was the postponement of some planned livelihoods support, as sheep are obtained from local markets that were closed. Beehive procurement was also delayed, as were the cookstoves and solar lamps. This was compounded by the outbreak of war.

We have not seen the end of the trouble here, and remain in close contact with the teams. They can see first-hand that the people here will not make it unless the next harvest is secured. With two million dollars we can buy enough seeds and equipment for over 110,000 people so they can plant in May, harvest in November and feed their families for at least a year.

If you’d like to help, visit this GlobalGiving page. 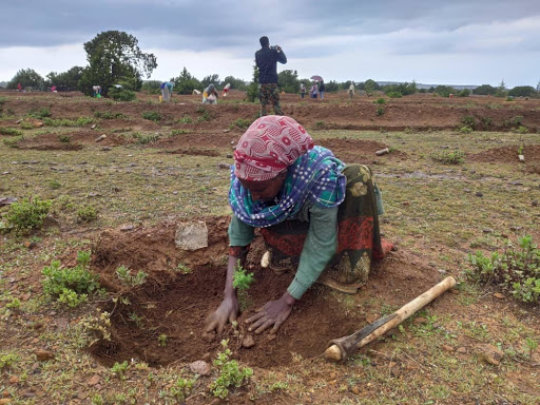 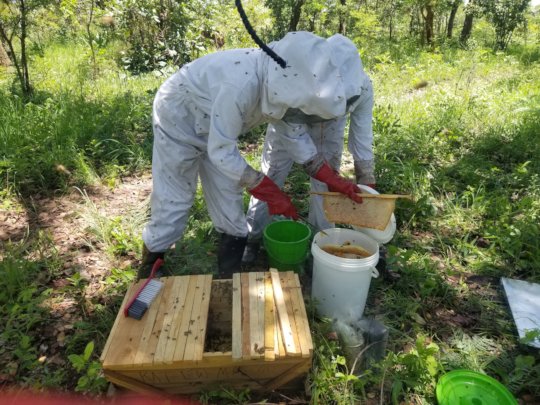 Participating farmers in the Katanino project each receive up to five beehives to hang in their assisted natural regeneration plots. In December 40% of the beehives were harvested, delivering 2142 kg of honey. A December harvest is always the lowest, but despite this, the earnings from the honey represented around 10% of the annual cash income of households in this region. While there are other hives occupied and containing honey, the decision to select only 396 hives was based on advice from the experienced team in our sister project in Luanshya; the best results would come from beehives that had been occupied since April. A second harvest from the remaining plots will take place in July 2021.

Starting out in conservation agriculture

Promoting sustainable farming in Katanino enhances livelihoods and relieving pressure on forests. 2020 saw the start of the conservation agriculture programme; nine ‘lead’ farmers were trained, and will support their friends and neighbours in making the transition too. Five have already set up demonstration plots with maize and soybeans. Others planned for 2021 will increase soil fertility (they fix nitrogen in the soil) and include cowpeas, pigeon peas, sunhemp and Gliricidium sepium. 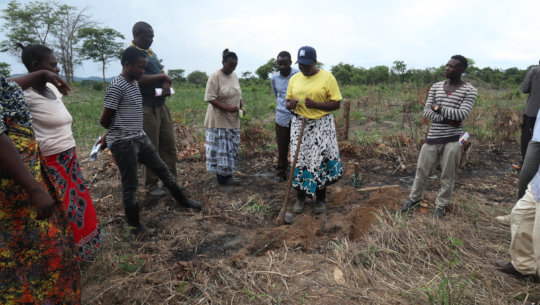 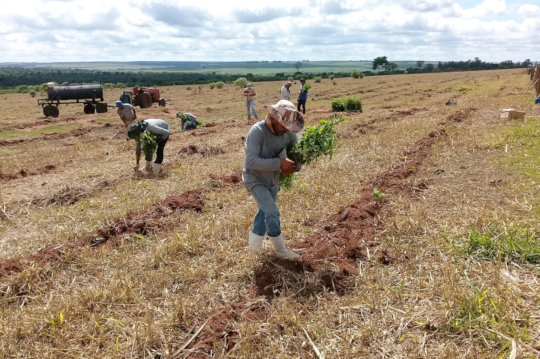 The 2020-2021 planting season is finalizing the almost 200 ha that had been started in the second quarter of the year, as well as preparing almost 195 ha that will be planted by April 2021. Together, these areas have a target of nearly 800,000 trees! Planting here is very dependent on climatic conditions and used to take place from October to March, but temperatures in December and January now regularly reach 42°C, which kills young seedlings. Not only that, but the rainy season – which compensated for the temperature – is less predictable than before. From now on, planting will be scheduled twice per year: for March to June when it’s cooler, and then from September to November, so when the rains finally arrive again the seedlings are better established.

Claudio is the son of rural settlers who moved to the area in the 1960s. He has always enjoyed working directly with the land, and in the 1990s he joined IPÊ’s tree planting initiatives. In the beginning, he had very little equipment, but with the income from the activities he was able to invest in tools and hire staff. Now Claudio owns his own company that works full time on the restoration activities with a team of 11 people. He has learned a lot over the years: in the beginning, he was able to plant 2000 seedlings a day; today he plants 11,000 per day with the same number of staff. As well as providing jobs to the local community, his work has allowed him to send his four children to university, and he proudly lists their careers: veterinarian, doctor, agronomist and dentist. As if this wasn’t enough, he also manages one of the project’s community nurseries, producing around 120,000 native tree seedlings per year. 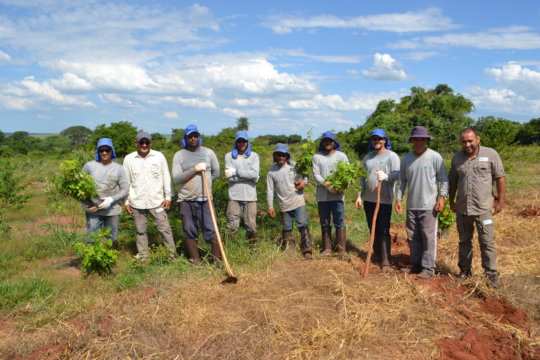 Claudio and some of his team. IPE
1 2 3 4 5 6 7 8 9 ... 29 ›
WARNING: Javascript is currently disabled or is not available in your browser. GlobalGiving makes extensive use of Javascript and will not function properly with Javascript disabled. Please enable Javascript and refresh this page.